“What have you learned?” Bent Knee guitarist Ben Levin asked me on the final night of the Thank You Scientist / Bent Knee tour. I hadn’t approached this journey as an educational experience, but, as a high school teacher, I’m grateful that Ben requested I reflect.  What have I learned?  Let’s go back to the beginning.

Having summers off and no kids to feed, my wife Kristy and I are always traveling.  When New Jersey jazz fusion prog-rockers Thank You Scientist announced a June tour with Boston-based art rock sextet Bent Knee, I knew exactly how I wanted to spend my summer break.  It was time to try my hand at being a groupie. Over the last five years, both of these bands have quickly risen to the top of my “music everyone needs in their life” list. 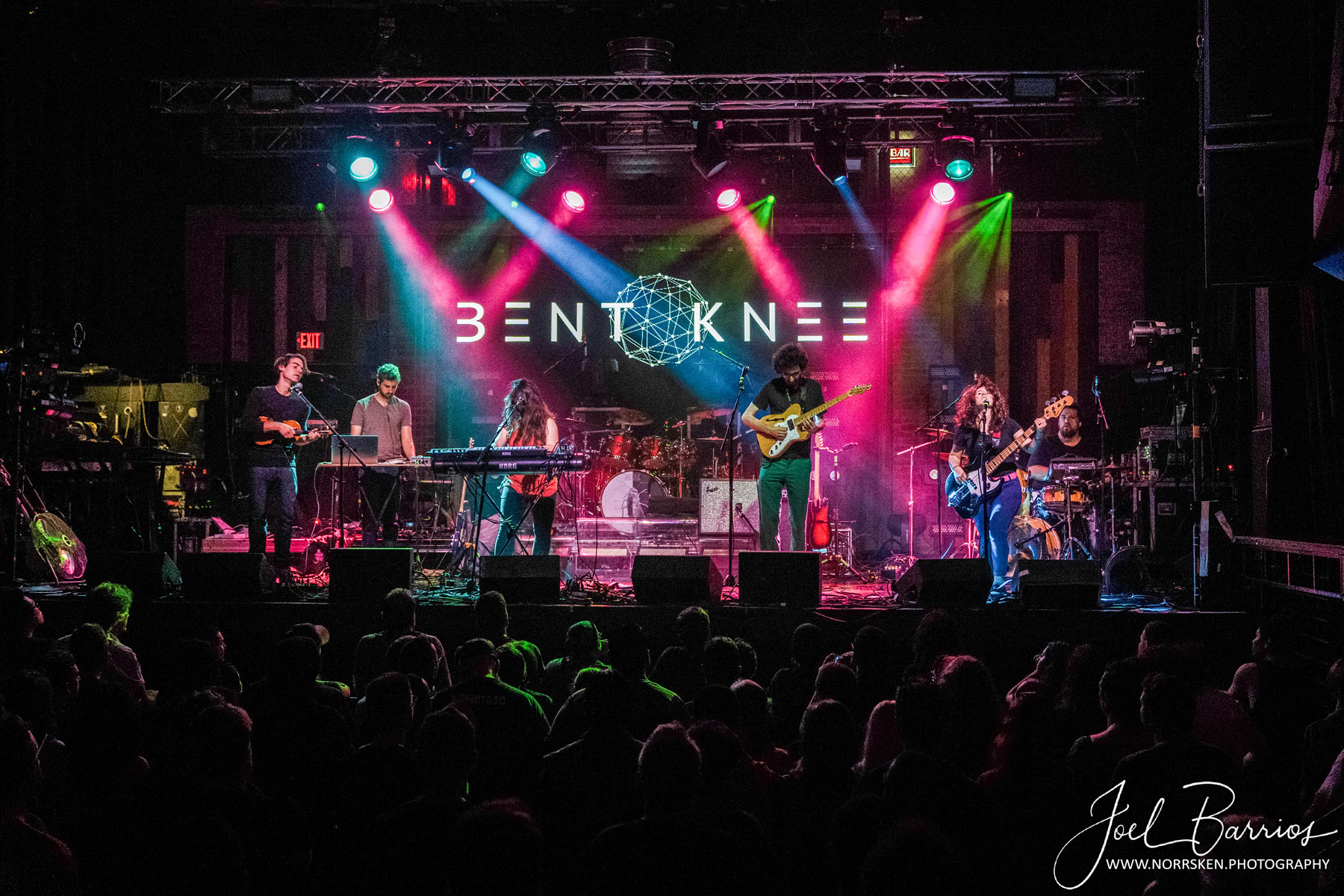 Due to prior commitments, Kristy was unable to join me on the first week of the journey but caught up with me for the final four shows.  Friend and fellow Sonic Perspectives contributor Nick Andreas agreed to keep me company during the first part of the tour. So, I turned my 10 year old Hyundai Sonata into a sleep-able camper and drove 2000 miles from Dallas to New Hampshire for the June 5th inaugural show. 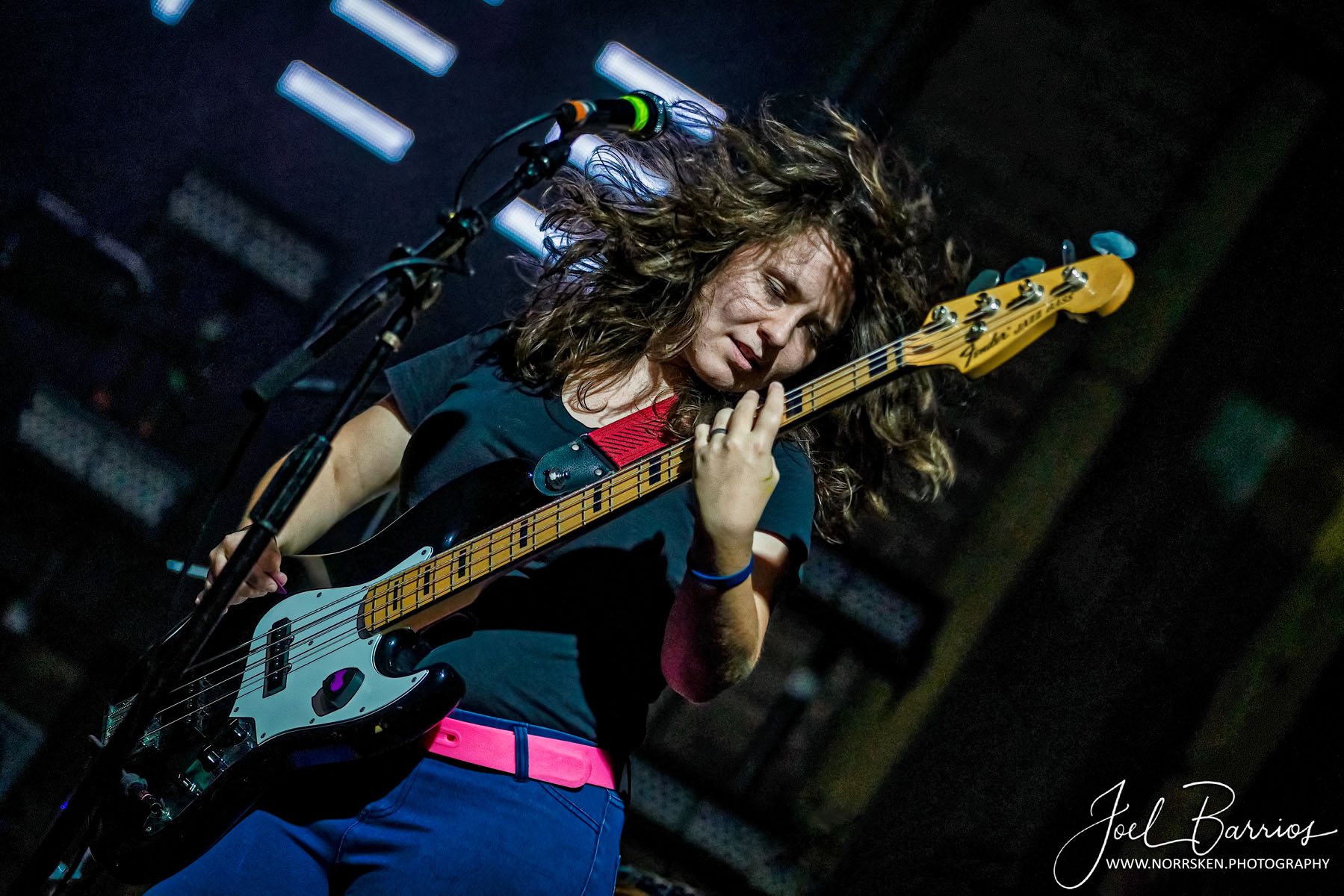 While I’m a fan of live music, I don’t often follow bands around to see multiple shows.  I knew, however, that with Bent Knee and Thank You Scientist on the same bill it would be worth my effort to attend as many as possible. And I was right. Night after night I was treated to hours of high energy, sonic bliss.  From a production standpoint, this was a simple tour with little overhead.  In fact, Matt may have been the one and only road crew member. The bands shared a drum kit, set up their own gear, performed their own soundchecks right in front of the audience and started their performances with little fanfare.  No overly dramatic pre-taped intros were to be found. Once the levels were right, they just began playing. No gimmicks, just pure music. 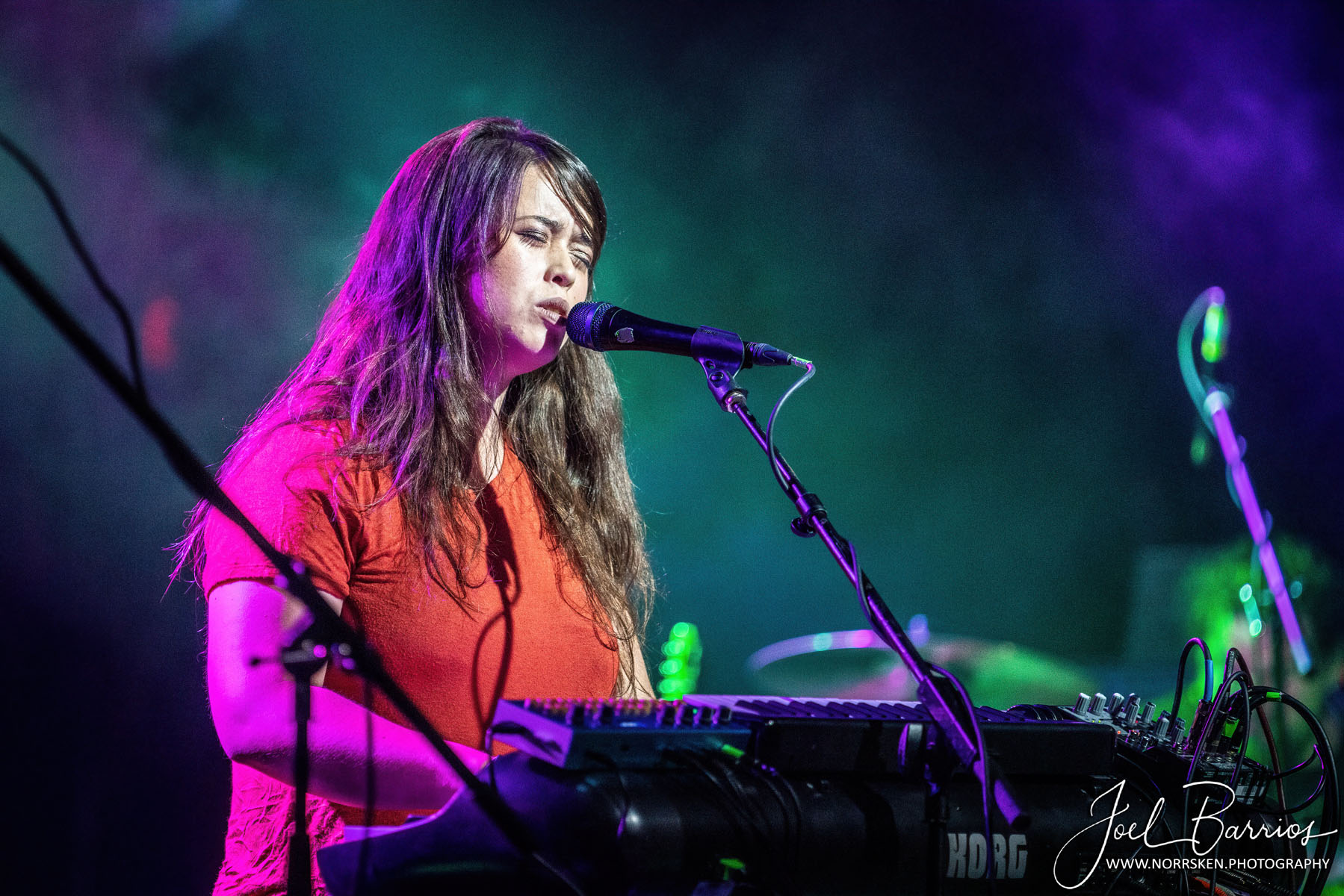 Unless a venue included a local warmup act, Bent Knee opened each show.  It’s hard to put into words how amazing this band is in a live setting. The powerful, dramatic, and haunting expressiveness of vocalist Courtney Swain pairs perfectly with the punchy textures of guitarist Ben Levin and the stabilizing brightness of Chris Baum‘s violin. Jessica Kion administers a healthy dose of crisp bass grooves while playfully thrashing around with band-mate/soulmate Levin.  Drummer Gavin Wallace-Ailsworth nails it every night with some of the most complex beats you can create on a minimal kit. And substantial credit for Bent Knee‘s humongous live sound goes to Vince Welch, the on-stage producer/sound designer.

Bent Knee varied their 45-minute set from night to night.  It was common to hear four or five songs from their not-yet-released fifth album due out in Fall 2019.  New songs such as “Bone Rage,” “Lovemenot” and the recently dropped single “Catch Light” exhibit an aggressive raw energy.  “Hold Me In” was played every night and quickly became a set highlight for me. It starts funky, gets grungy, allows Kion to take lead vocals during a mellowed out section and ends with an epic, body-thrashing climax.  Crowd favorites “Way Too Long,” “Land Animal,” “Hands Up,” and “Leak Water” made frequent appearances in the sets as well. 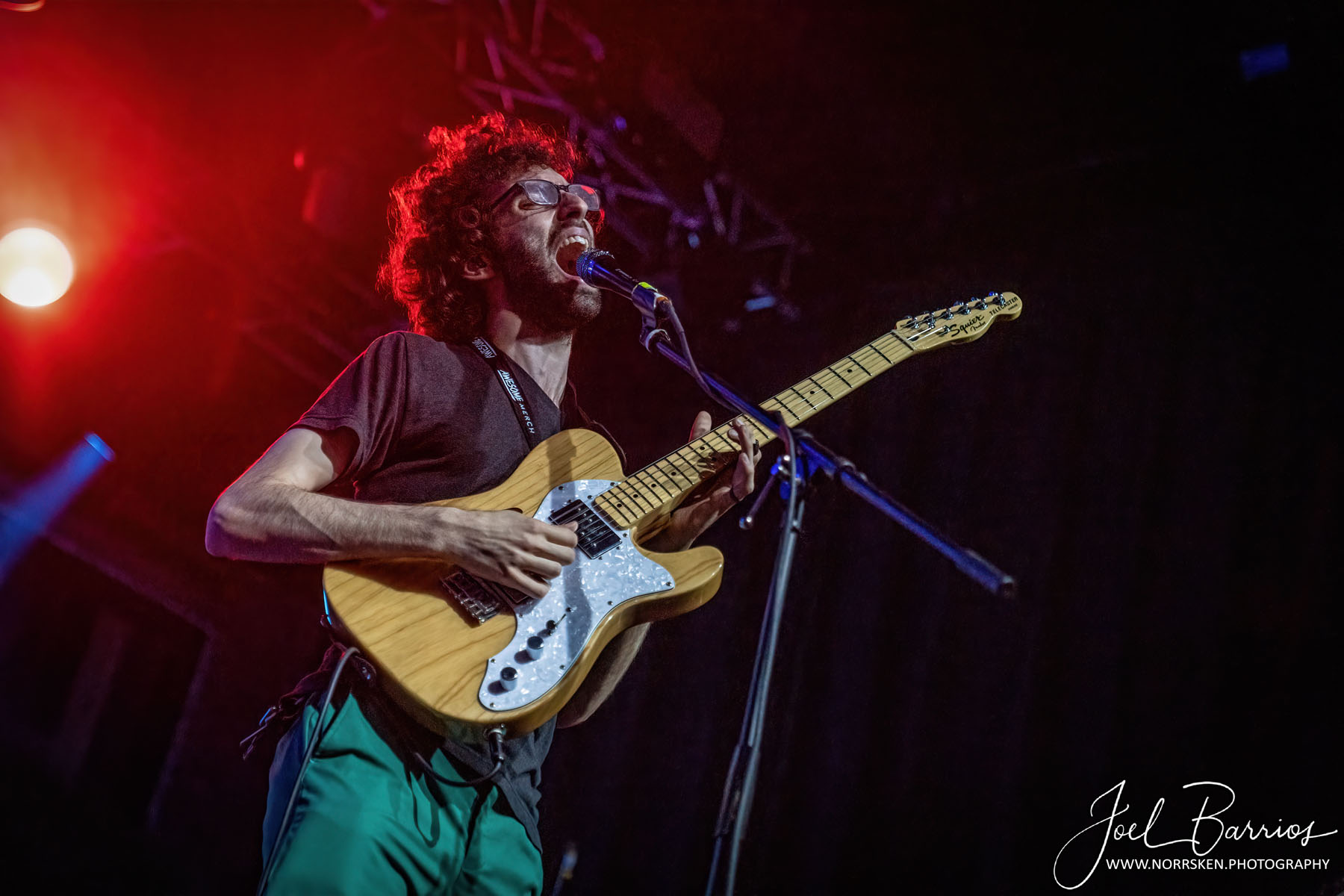 Thank You Scientist also made new material the focus of their sets. They consistently opened with the “Wrinkle” / “FXMLDR” combo and closed with “Terraformer.”  “Geronimo,” “Anchor” and the insane multi-solo instrumental “Chromology” were staples of every set with “Swarm” and “Life of Vermin” making frequent appearances. These tracks are all from their newest album Terraformer which released only a week into this tour. Classics like “Feed the Horses,” “Caverns,” and “Mr. Invisible” often appeared in the set to provide sustenance to fans unfamiliar with the new stuff. 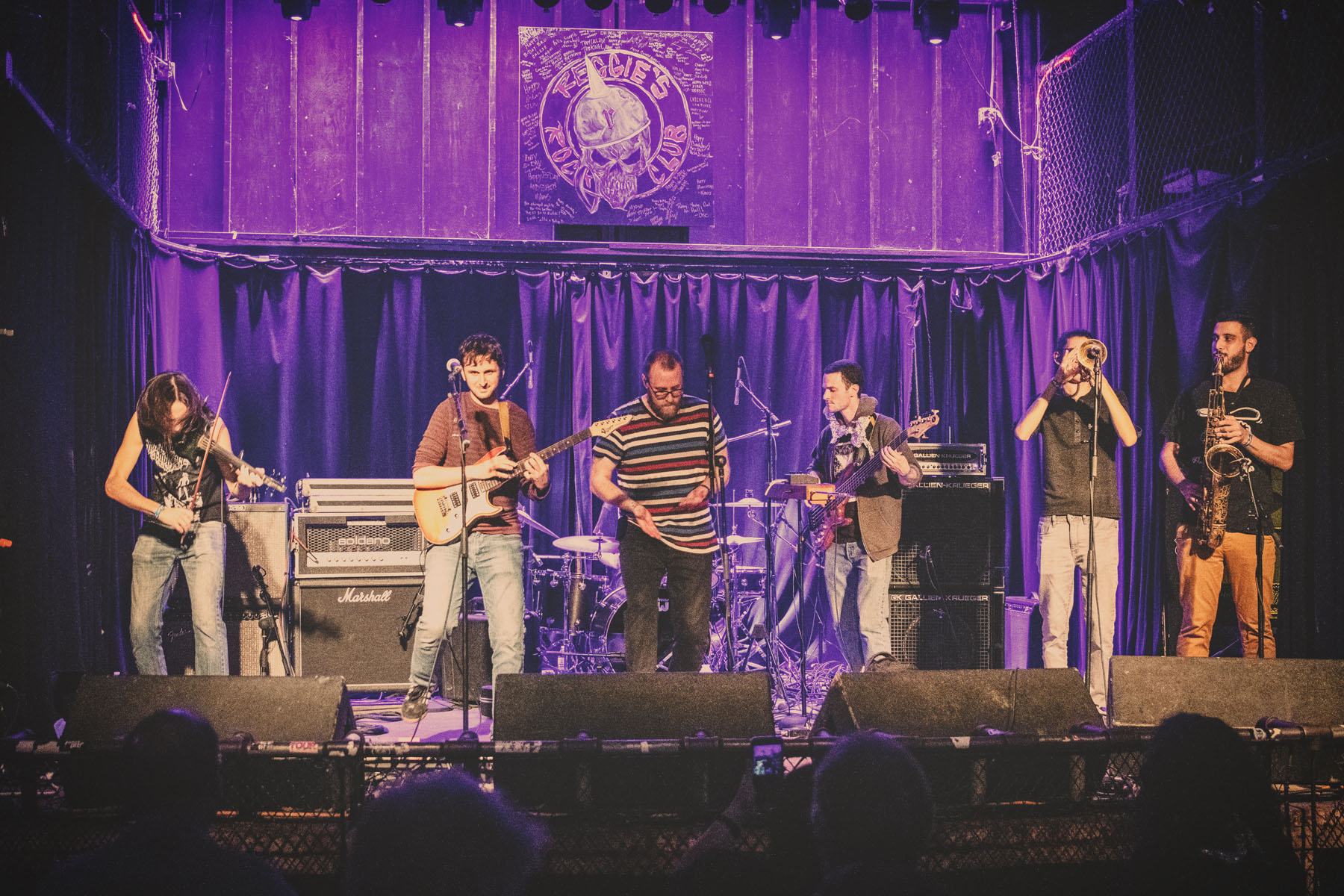 What can be said about Thank You Scientist‘s performance?  I could mention that Salvatore Marrano has the smoothest and creamiest vocals in the prog-game.  Or I could prattle on about the complex, dizzying guitar work of Tom Monda that seamlessly blends various picking and tapping techniques.  Or maybe I could discuss the technically flawless Ben Karas on electric violin, the driving bass licks of Cody McCorry, the thunderous drumming of Joe Fadem, or the deft “knock you out” one-two punch of saxophist Sam Greenfield and trumpeter Joe Gullace.  But the best way to describe a Thank You Scientist live performance is to ask you to imagine 7 of the most talented musicians cranking it up to 11 and putting everything out there… simultaneously. It’s a wall of sound. An auditory barrage. A two hour binge-fest for your ear-holes. 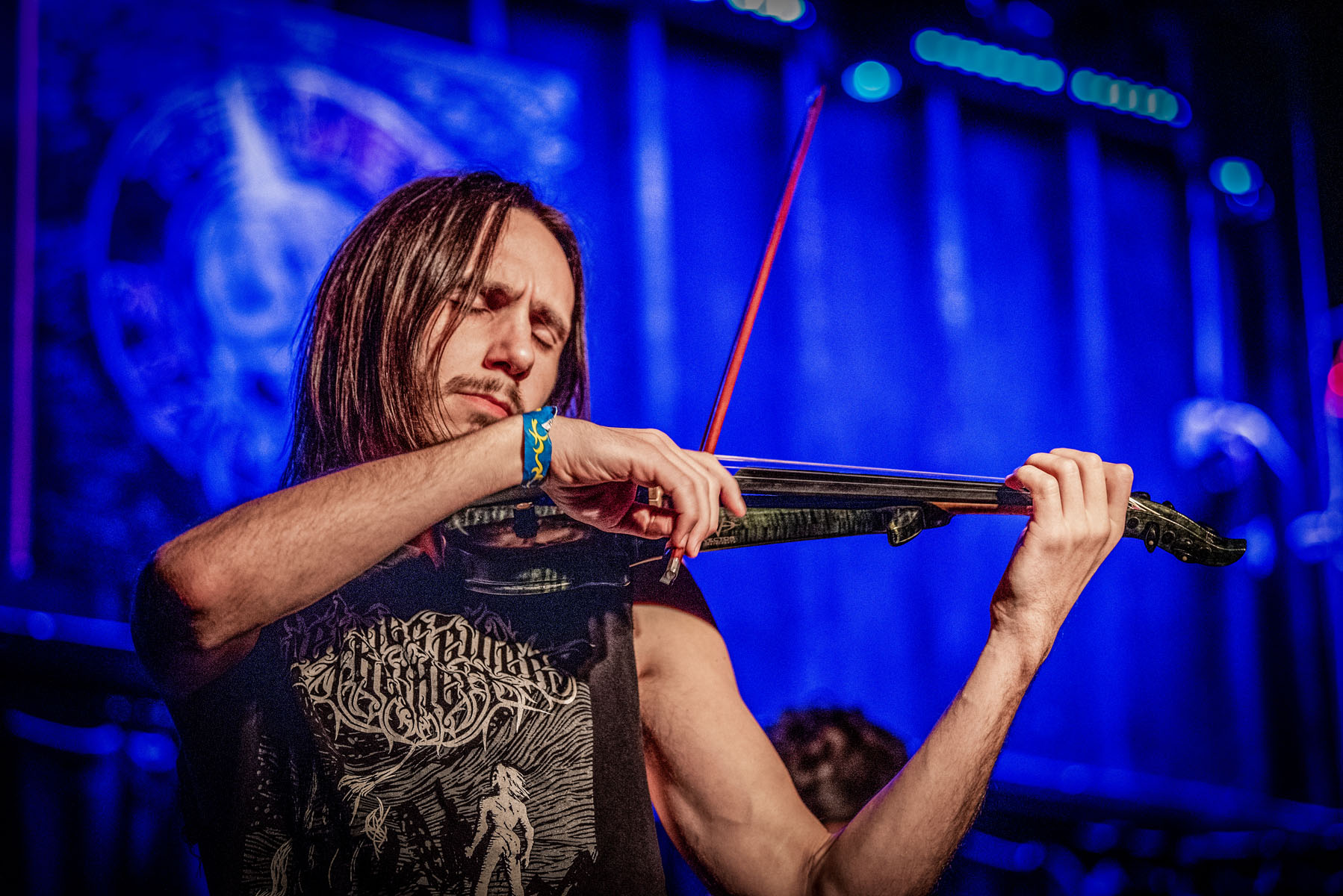 As a “back-to-basics” type of show, encores were not guaranteed.  This tour visited many cities where neither band had played before and crowd sizes ranged substantially. If one night had a smaller crowd that politely applauded after the last song the show would end there.  On nights with more energetic crowds an encore was requested and delivered in the form of “My Famed Disappearing Act.” In Montreal, the audience danced all night and demanded a second encore. Uncertain of what to do, the band huddled and agreed on “The Amateur Arsonist’s Handbook.” Seeing the variations from city to city made the shows feel more genuine.  When there was a particularly hot night, I sensed it just as the bands did.  But highs don’t come without lows. It only takes a couple inconsiderate audience members to throw the vibe off course. 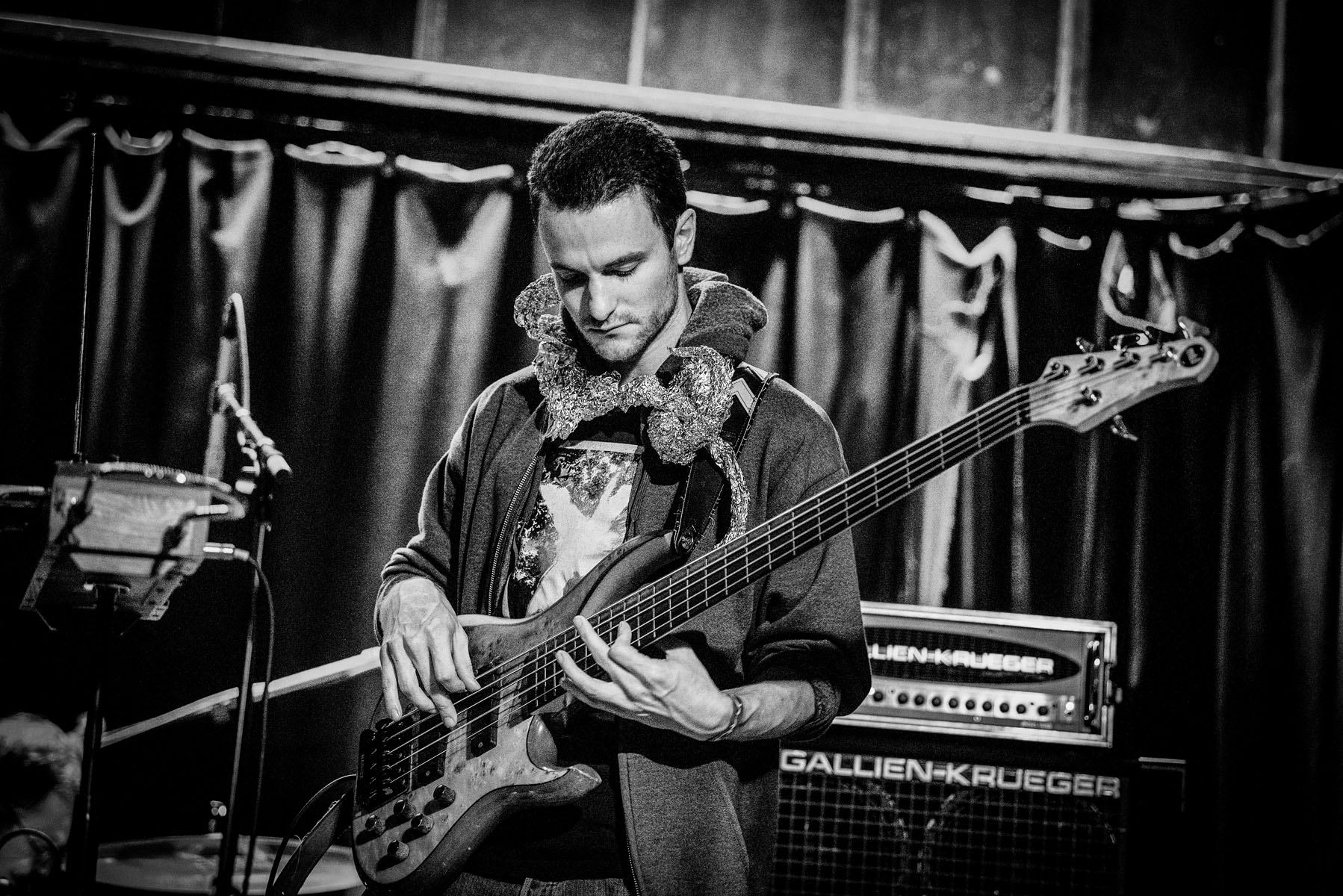 “[It was a] great show other than Past-his-prime McDrunkface and his two slug-based ham planet groupies” reported concert-goer Ben Nascenzi, referring to three highly intoxicated lounge lizards who insisted on conversing loudly at the front of the stage in Pawtucket even though they didn’t seem to know the bands or the music.

Considering that I attended 10 shows on this tour, having only one negative — yet hilarious — incident mentioned at any of these shows is remarkable, although I heard that there were sound issues that caused delays at the Indianapolis show.  I happen to miss that show. All other comments from patrons throughout the tour were overwhelming positive.

“I had SUCH a good time last night at the Bent Knee/Thank You Scientist show. It was such a wonderful evening of music in an awesome venue.” – Thomas Hatton

As the final night of the tour came to a close, I wasn’t ready to let go.  The last couple weeks had been too much fun. I lingered near the merch tables. Monda was chatting with a fan as his faithful pooch and Thank You Scientist mascot Max sat by his side. Kion and Levin were signing albums as new fans made purchases. 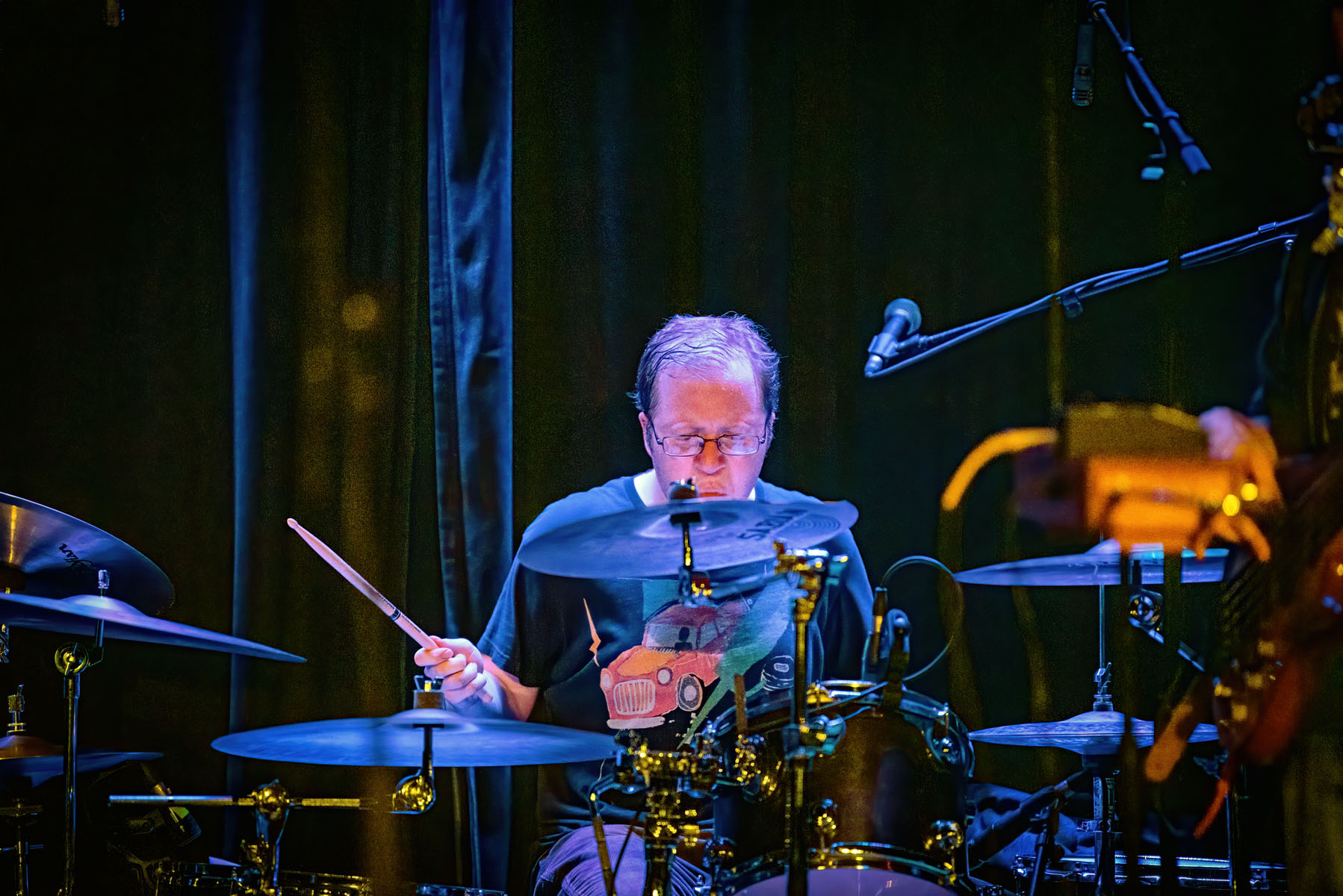 “What have I learned?” I repeated back, uncertain that I had heard the question correctly. “Yeah, what have you learned?” asserted Levin.

I’ve learned quite a few things, actually.  Some are fairly superficial, but as I thought more about it in the days that followed I found some deeper truths.

Both bands are such warm, fun people.  I’m truly honored to have been a part of this tour and to have been treated on so many occasions as a member of the Bent Scientist family. During my time following this tour I’ve realized that I don’t just love this music; I love these people. They are kind, always willing to have real conversations with fans. They are loving, never shying away from multiple hugs. They are genuine, never putting on a front.  They are uplifting, choosing always to focus on the positive. They are goof-balls, constantly joking, laughing and pranking.

“It’s like being at summer camp,” remarked Swain when reflecting on her time spent with Thank You Scientist.

“They’re the best people on the planet,” Marrano declared to one audience regarding Bent Knee. “If you didn’t like their set, check your pulse.”

My time spent at these shows has made some of my happiest memories and is why I will seek out every opportunity for more.  Ten shows was not enough. Let’s do this again soon!