Metal fans are known for their dedication, but few are as fanatical as devotees of pagan metal. While tours such as Paganfest and Heathenfest certainly didn’t draw crowds that would threaten Warped Tour, the absolutely rabid response they received at every tour stop made it clear that American audiences hungered for a healthy dose of heathenry in their metal.

Wintersun‘s 2013 tour in support of “Time I” caused a stir that was felt even outside the metal community; I vividly recall a Trader Joe’s cashier asking about my about my Eluveitie shirt before going on at length about how her brother was completely obsessed with some weird Finnish band called Wintersun that had just played in our fair city. Mind you, the young lady wasn’t even a metal fan herself.

Wintersun‘s long-awaited “The Forest Seasons”, a frenetic melo-death response to Vivaldi’s Four Seasons, disappointed absolutely no one when it finally dropped last summer, so I very audibly cheered when I learned the US tour would include a stop in my adopted hometown of San Antonio. The fact that direct support would be provided by Australian prog monsters Ne Obliviscaris sealed the deal for me; the fact that venue is a short walk from home was honestly a mere bonus.

The evening kicked off with a demure 25-year old Wisconsin guitarist by the name of Sarah Longfield. Perhaps due to budget constraints, Longfield appeared sans a live bassist or keyboardist, opting to pipe those parts in while accompanied on stage by a drummer and a second guitarist. I went into this performance completely blind, having never heard Longfield‘s material before, but I’ll be damned if this gal doesn’t have some stuff. Sporting a fanned-fret eight-string guitar (and if that doesn’t indicate exacting standards, I don’t know what does), Ms Longfield effortlessly burst into the most intricate and mesmerizing metal fusion this side of Exivious, rarely using her picking hand for actual picking in the process. She boasts an eight-finger tapping technique that would frighten Jennifer Batten, and unlike Ms Batten, she uses it for texture and composition rather than for flair. Longfield‘s merch booth was woefully devoid of CDs (my guess is that they had sold out and were awaiting a restock), but I can attest with a fair degree of confidence that my ears were not the only ones to be won over that evening. 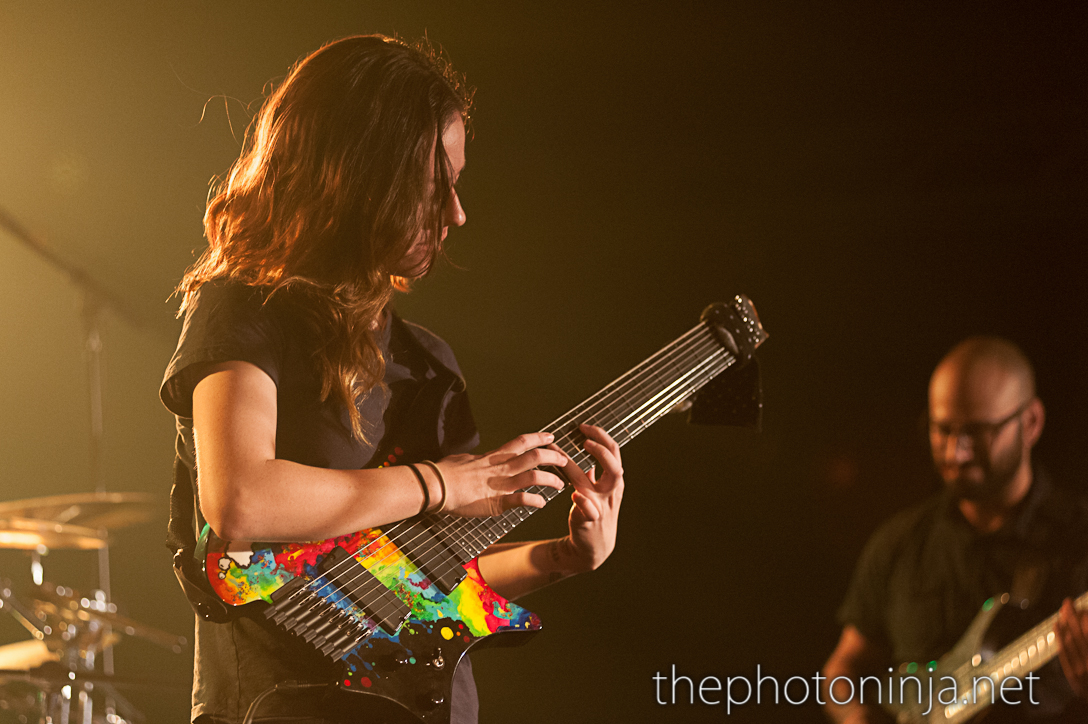 Up next were the mythical prog-beasts from the Land of Oz, the Melburnian sextet Ne Obliviscaris. Last year’s “Urn”, released in late October, did the unthinkable and bumped some absolutely stellar albums by Persefone and Need to take my personal Album of the Year title even though I did not purchase it until December. I often tell people that Ne Obliviscaris is the most relevant and important band in metal today, and that is not a charge I level lightly.

Ne Obliviscaris charged through crowd favorites like “Devour Me Colossus” and “Xenoflux” while adding some dashes from “Urn” throughout the set, eliciting a coprophagic grin from my lips with masterworks like “Libera Part I” and “Intra Venus.” Sadly, my ears were not treated to the stunning “Eyrie,” a composition that compellingly proves that extreme metal can indeed be objectively beautiful. Fortunately, no NeO set is complete without crowd-pleaser “And Plague Flowers the Kaleidoscope,” a trve enough piece of Australian Tango Metal to warrant a reaction video from the popular YouTube series Lost in Vegas. Within the confines of a fifty-minute set, Ne Obliviscaris proved once again that they are cerebral and heavy enough to be Opeth’s spiritual successors. I cannot say enough glowing things about this band. 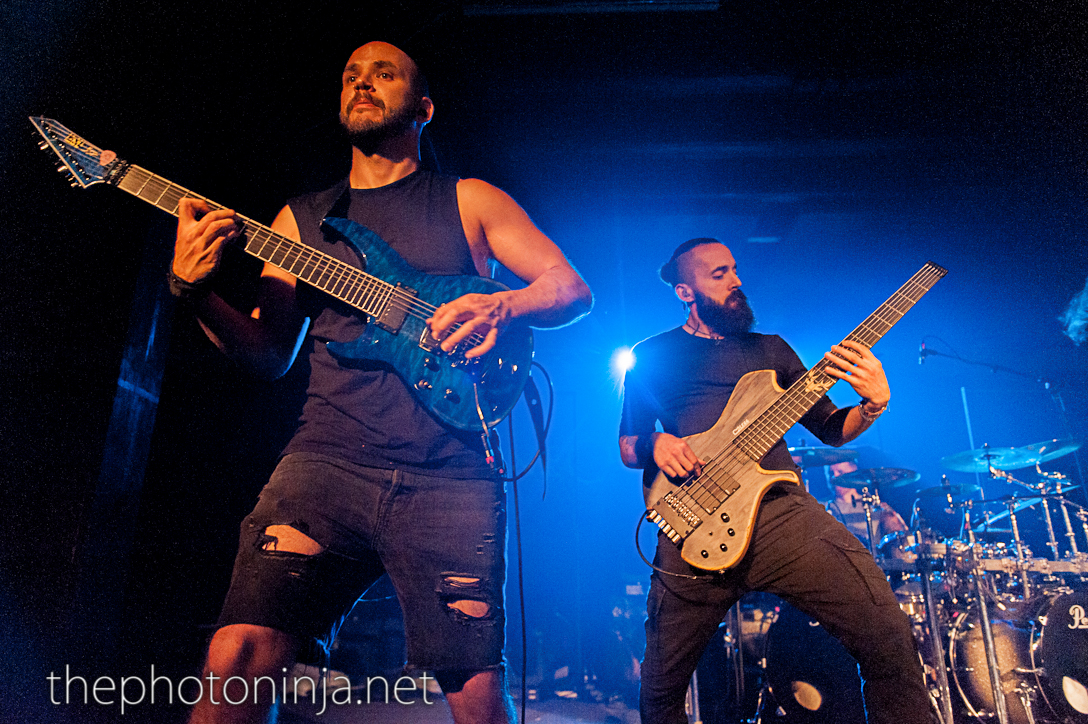 Wintersun stormed the stage half an hour after NeO wrapped, draped in saturated green backlighting and banners featuring the mesmeric artwork of “The Forest Seasons” (which incidentally starkly contrasts the Immortal-inspired booklets of their previous albums). The new album’s highlight, “Awaken From the Dark Slumber,” appeared early in the set, and enabled Wintersun mainmain Jari Mäenpää to demonstrate definitively that his skills as a frontman are a force to be reckoned with. The course of the next hour showcased Mäenpää‘s uncanny knack for writing lengthy, catchy, death metal epics. The lack of a live keyboardist was a bit disconcerting, as keys make up such huge part of Wintersun‘s sound, but the obvious professionalism of bandmates Teemu Mäntysaari, Jukka Koskinen, and Asim Searah (as well as touring drummer Rolf Pilve of Stratovarius) more than made up for the phantom pianist. Wintersun are apparently accustomed to playing in complete darkness, owing perhaps in part to their native Finland’s almost complete lack of a winter sun, but they proved themselves more than able to perform a comprehensive collection of the Wintersun catalog, containing nothing from Mäenpää‘s time in Ensiferum.

If this spring’s US tour by Tyr didn’t demonstrate it enough, Wintersun‘s absolute bedazzlement of their ravenous audiences will be enough to prove to any skeptic that the American thirst for heathenry is far from being quenched.