If the name Umphrey’s McGee doesn’t ring a bell for you, well you have done a pretty good job avoiding to come across a reference to the Indiana-formed American rock band formed by students at Notre Dame University in 1997. Yes, you read it well, the band has been active for the last 20 years, experimenting with many musical styles, including rock, metal, funk, jazz, blues, reggae, electronic, bluegrass, and folk, touring regularly and releasing a total of 12 studio albums.

The collective has been touring this year offering a comprehensive set-list, divided in two sets exploring most of their albums. Starting off with “Nipple Trix” the band quickly took the reins of the night with their mixture of funk, psychedelia, roots music, and long-form improvisations; without losing sight of what matters most in their music: real songs with hooks and choruses and melodies where guitar acrobatics take and chord progressions jamming are just the seasoning for the song structures.

Guitarist Jake Cinninger produced unearthly riffs and embellishments on his guitar, adorning the band’s genre-defying blend of metal with funkiness and some pleasant jazz fusion. At times veering into spacey psychedelic jams familiar to Phish and Dead Heads fans alike, at others combining synth-powered techno beats with jazz-rock elements which requires complicated combinations of time signatures, the Umphrey’s live experience is certainly not for narrow-minded listeners. Their music blurs the margins of categories, really taking control of whatever venue they are playing at, offering the audience a kaleidoscope of evolving sounds which categorically reveal the musicians ability to rock the night in however way they choose. 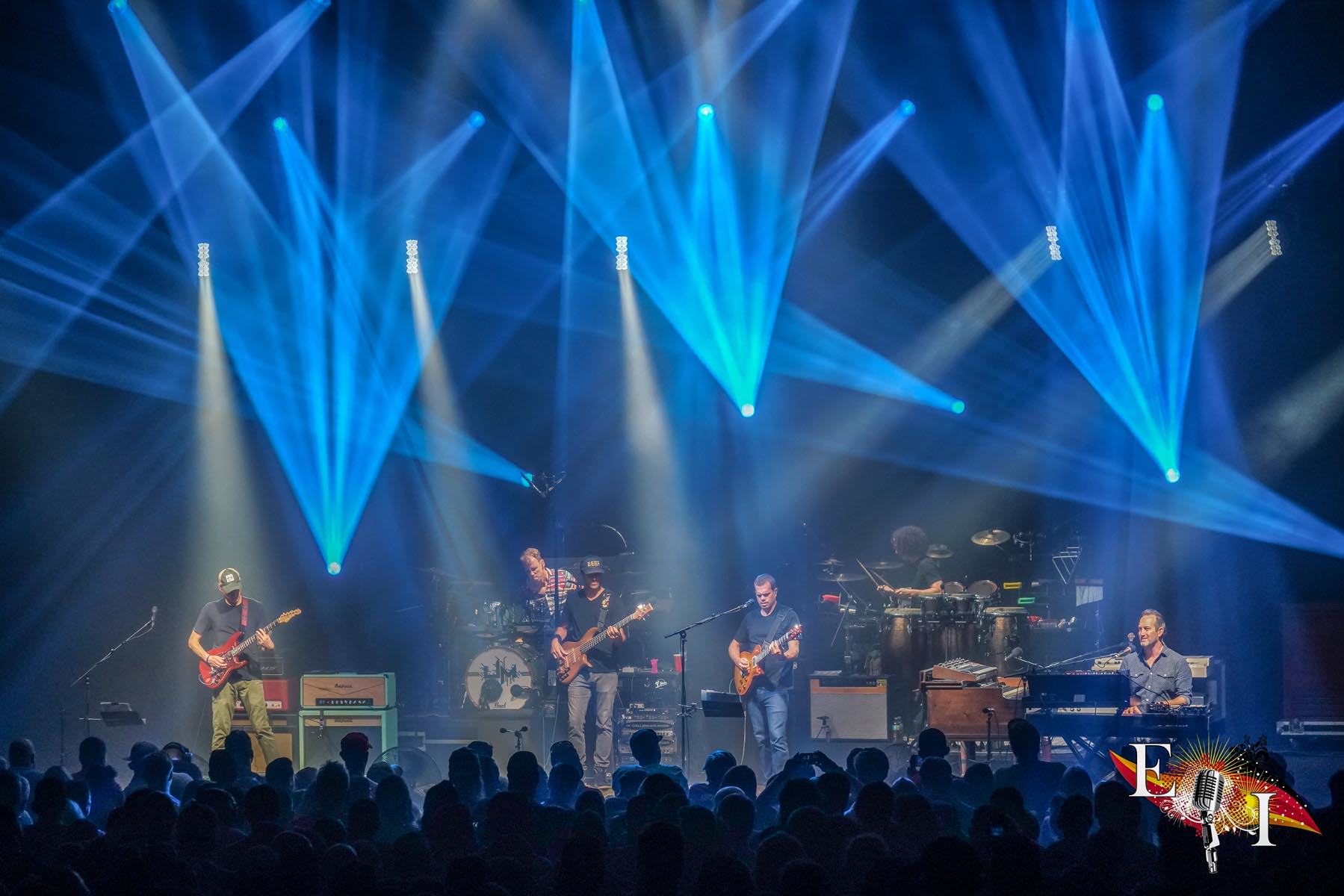 Pushing themselves into new territory when playing live, these guys are a true spectacle to behold. It takes a very special kind of talent to be able to play multiple genres of music, and it takes, even more capacity to put multiple genres inside the same song and have it flow effortlessly from one to the next, and they do so with the same ease you could drink a glass of water. Even if you are unfamiliar with their music, I’d recommend you to take the plunge and check them out if they come near you. Believe me, you will get there with no expectations and will leave awestruck.