For the better part of 30 years, many of us in the metal community have been wondering if maybe Jon Oliva had missed his calling as a Broadway composer. Ever since the musical theater trappings of Savatage’s 1991 game-changer album “Streets: A Rock Opera” hit the shelves, said multi-instrumentalist and mastermind would go on a tear of conceptual album creation that, despite not having his voice at the helm due to physical complications, would basically find him speaking to the masses in a very different tone. Being something of a holiday themed spin-off of the aforementioned era of Oliva’s evolution as a songwriter, alongside long time producer and compatriot Paul O’Neill, Trans-Siberian Orchestra has seen itself blossom into a popular tour de force since the success of their 1996 debut “Christmas Eve and Other Stories”. 24 years later, the magic that had been harnessed from a litany of traditional holiday songs, classical works and Oliva’s creative well was recently recaptured in this present craze of live streamed events, with no expense being spared. 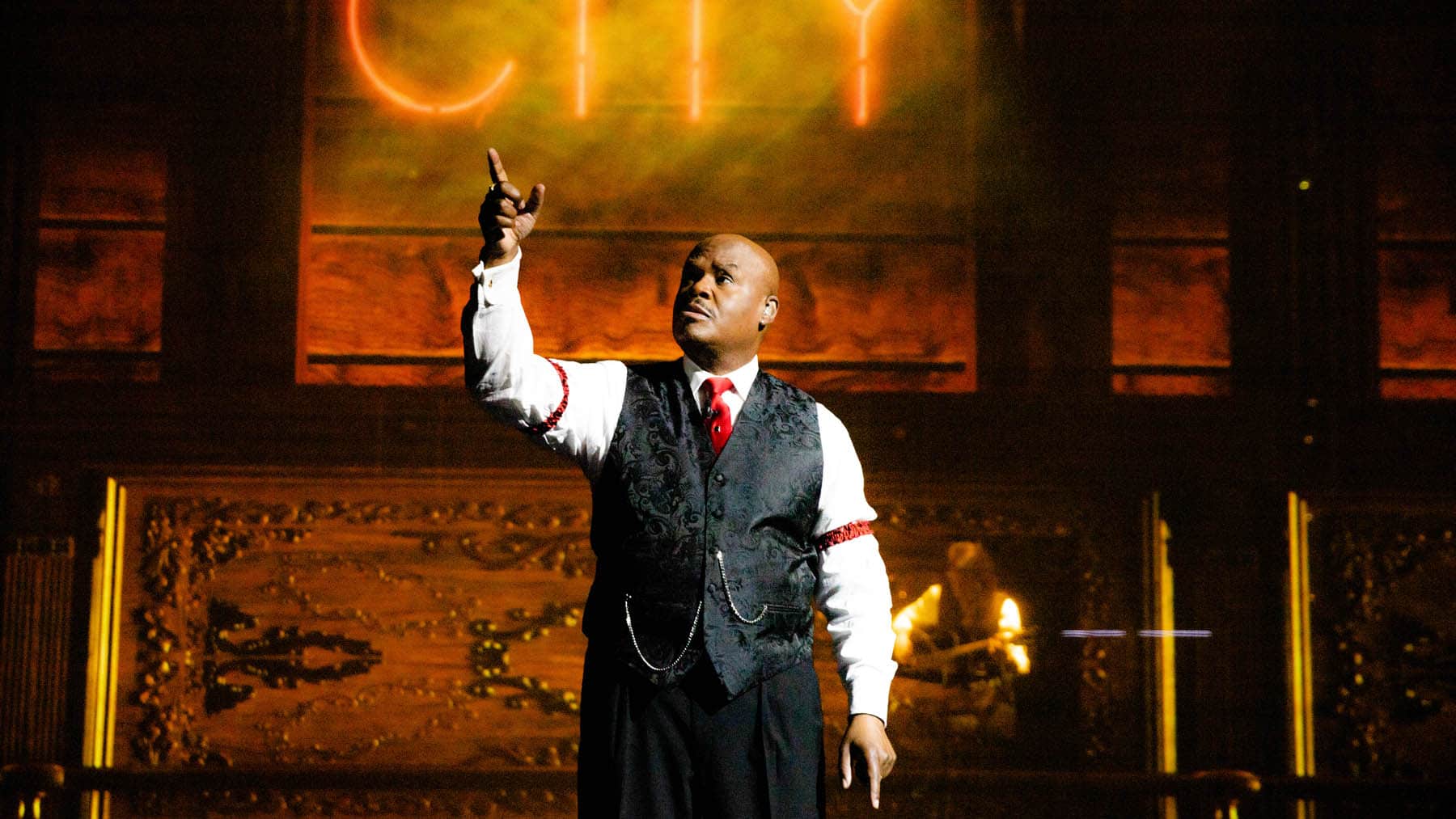 The larger than life character of the ensuing event was made apparent by the show opening with a view of the entire earth from space to the sound of a joyous yet reserved piano accompaniment and the rhymed narration of a solemn baritone voice. A gradual zoom in to what is assumedly a snow-steeped corner of New York City reveals a lonely bar, within which the formally clad person of Bryan Hicks continues his poetic soliloquy as the first person storyteller of this Christmas anthology with hat and book in hand. Upon concluding the first of what would be multiple asides in between songs, a snap of Hicks’ finger reveals a grand stage adorned in starlight and icicles reaching down from above and the beginning of the concert. As the pristine power balladry of the opening anthem “An Angel Came Down” rang out, the seven person principle band/orchestra with dueling keyboards at the fringes set the tone with a triumphant air, moving about the stage with correspondingly appropriate gesticulations as if the music was binding their very souls. 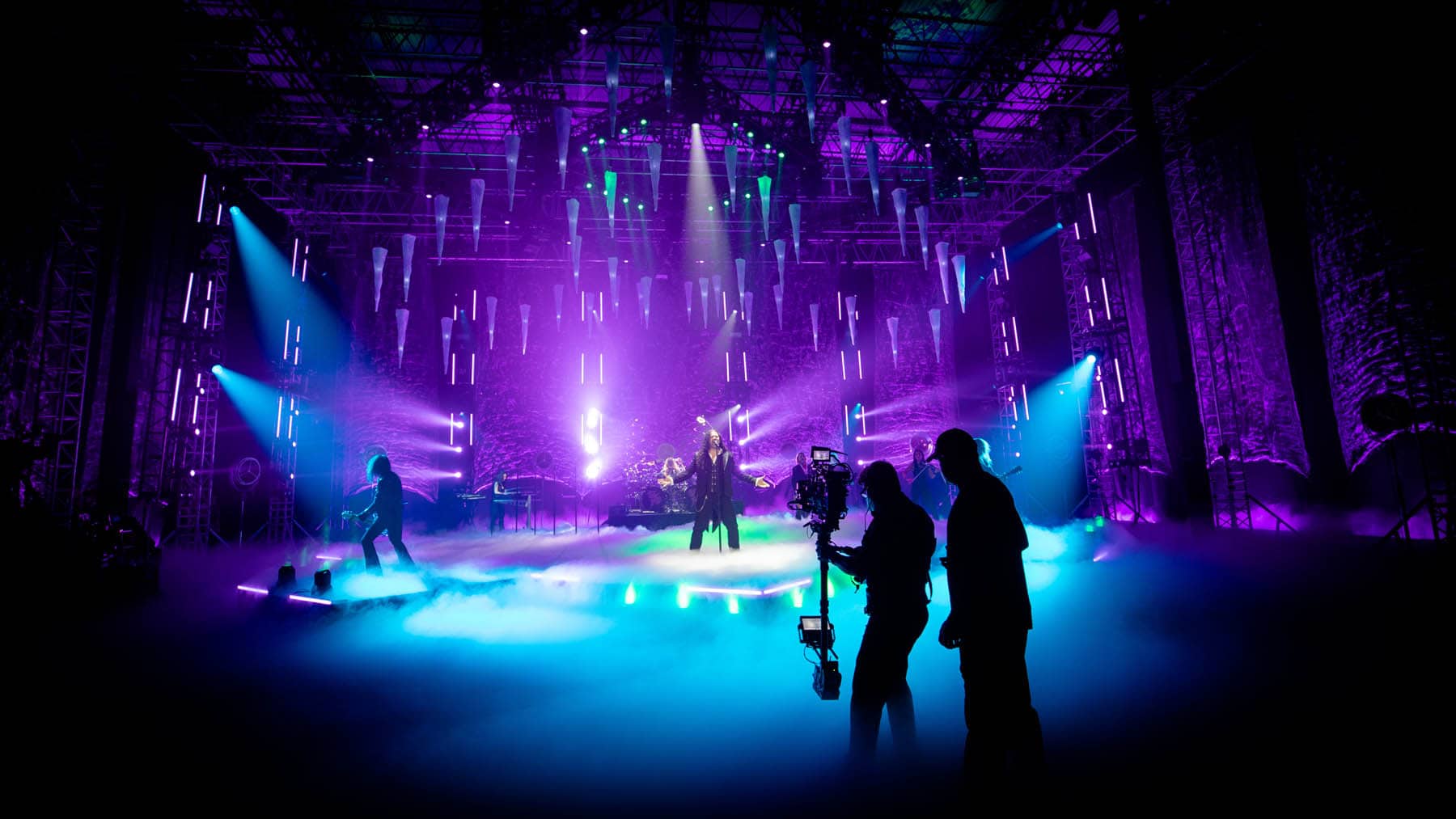 Covering the lion’s share of the debut album that was this performance’s namesake, the permanent musicians carrying the instrumental backdrop were greeted by a rotating cast of vocalists, each bringing their own unique character of sound to an otherwise highly uniform template. Be it the lyrical and polished performance John Brink would bring to the previously mentioned opening fanfare and its reprise “An Angel Returned”, the soulful splendor that Erika Jerry would pour upon the jazzy smoothness of “The Prince Of Peace”, or the bluesy rocking swagger that Russell Allen laid down on “Good King Joy”, the versatility on display was rivaled only by its sheer potency. The vocal display hit its absolute apex during the middle of “This Christmas Day” when former Rising Force vocalist Jeff Scott Soto led the other six vocalists in attendance in a full blown gospel choir segment, providing the lone moment where the singing full upstaged the surrounding music.

Naturally one would be remiss to downplay the brilliant melodic and idiomatic performances given by guitarists Al Pitrelli and Chris Caffery, not to mention the animated display put on by violinist Asha Mevlana. The various instrumental works that filtered in and out of the set list would prove the most familiar to those with an era for holiday carols, with the inventive medley of compositions from Tchaikovsky’s The Nutcracker Suite culminating in “A Mad Russian’s Christmas” and the virtuoso arrangement of “God Rest Ye Merry Gentleman” and “Carol Of The Bells” that is “Christmas Eve (Sarajevo 12/24)” being obvious standouts. Interestingly enough, it would be the encore performance of “Wizards Of Winter”, the lone offering not found on the “Christmas Eve And Other Stories” studio album that would end up stealing the show, laying down the most metallic moment of the night and showcasing the chops of each instrumentalist in an accessible fashion. It was a brilliant closing to a magical tale, one that’s only flaw is that it won’t come again for another year. 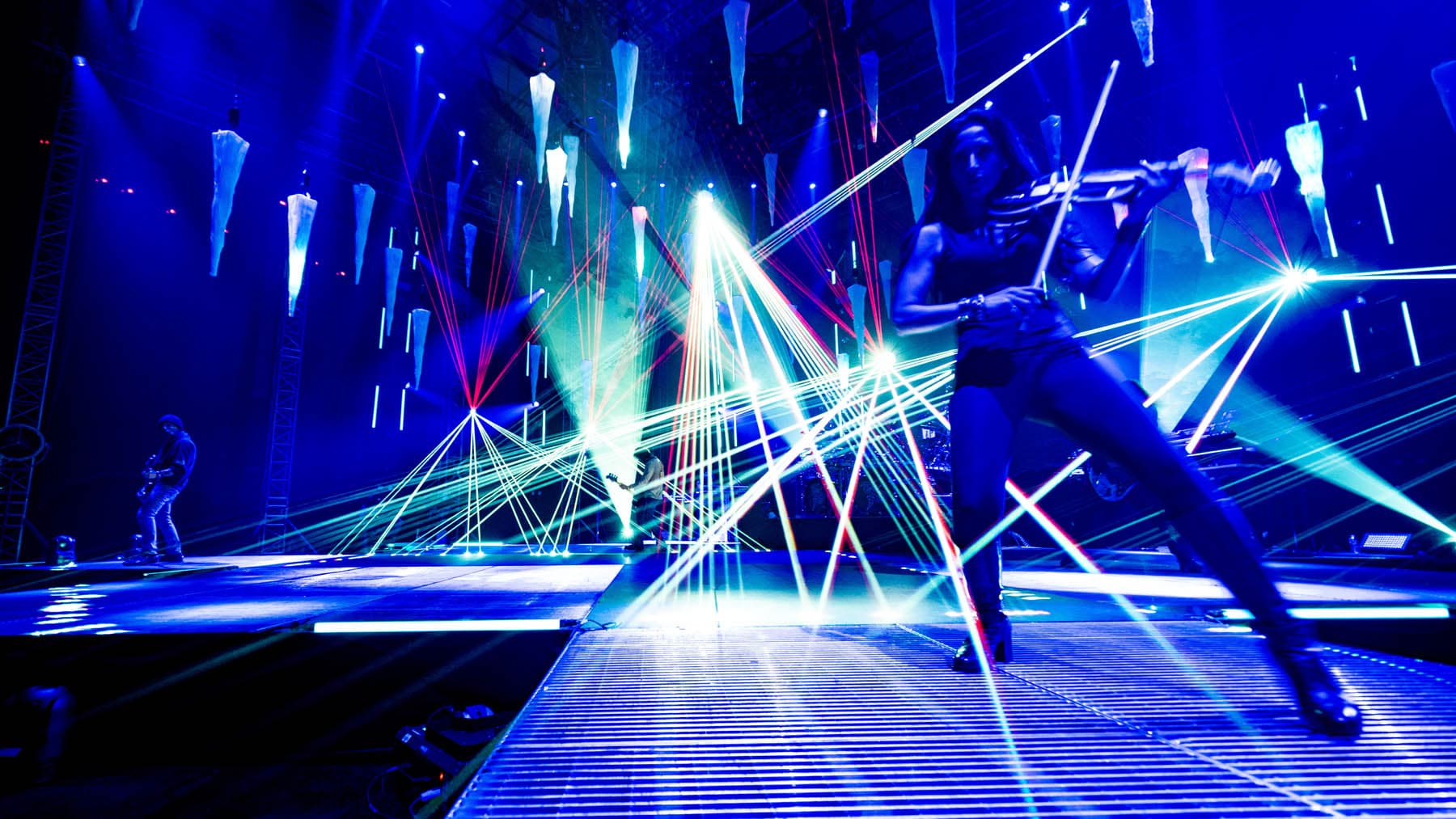