It’s been a long time coming, but The Pineapple Thief finally made their way across the pond from England to embark on their first North American tour. Revitalized as a band by the inclusion of Gavin Harrison on drums and songwriting, The Pineapple Thief have been garnering rave reviews in each stop and their visit to Denver, Colorado was no exception. It seems the struggle to make it over here – largely due to the difficulty of securing visas – inspired the band to truly bring it. The Gothic Theater was a lovely place to host the boys, with a low-riding balcony that offered prime views of the band, but on this night having curiously arranged temporary seats throughout the venue. This is the kind of music that would naturally be a standing show for the audience to rock out, but fortunately the chairs didn’t really dampen the mood.

Special guest Randy McStine is opening most of the dates on the tour with a one-man tour-de-force that sets the right mood for the evening. Armed only with an acoustic guitar and some occasional looping effects, McStine introduced himself to the crowd by way of musical virtuosity. Playing songs off his downloadable album “Idle”, which were also available in a slightly modified CD format available only on tour, McStine entranced the audience with his clear, powerful voice and deft skills on the fret-board neck. His merch stand was flooded with people after the show, anxious to find out more about this new musical discovery. McStine is an artist in the true sense of the word, and one we will be hearing about often in the future. 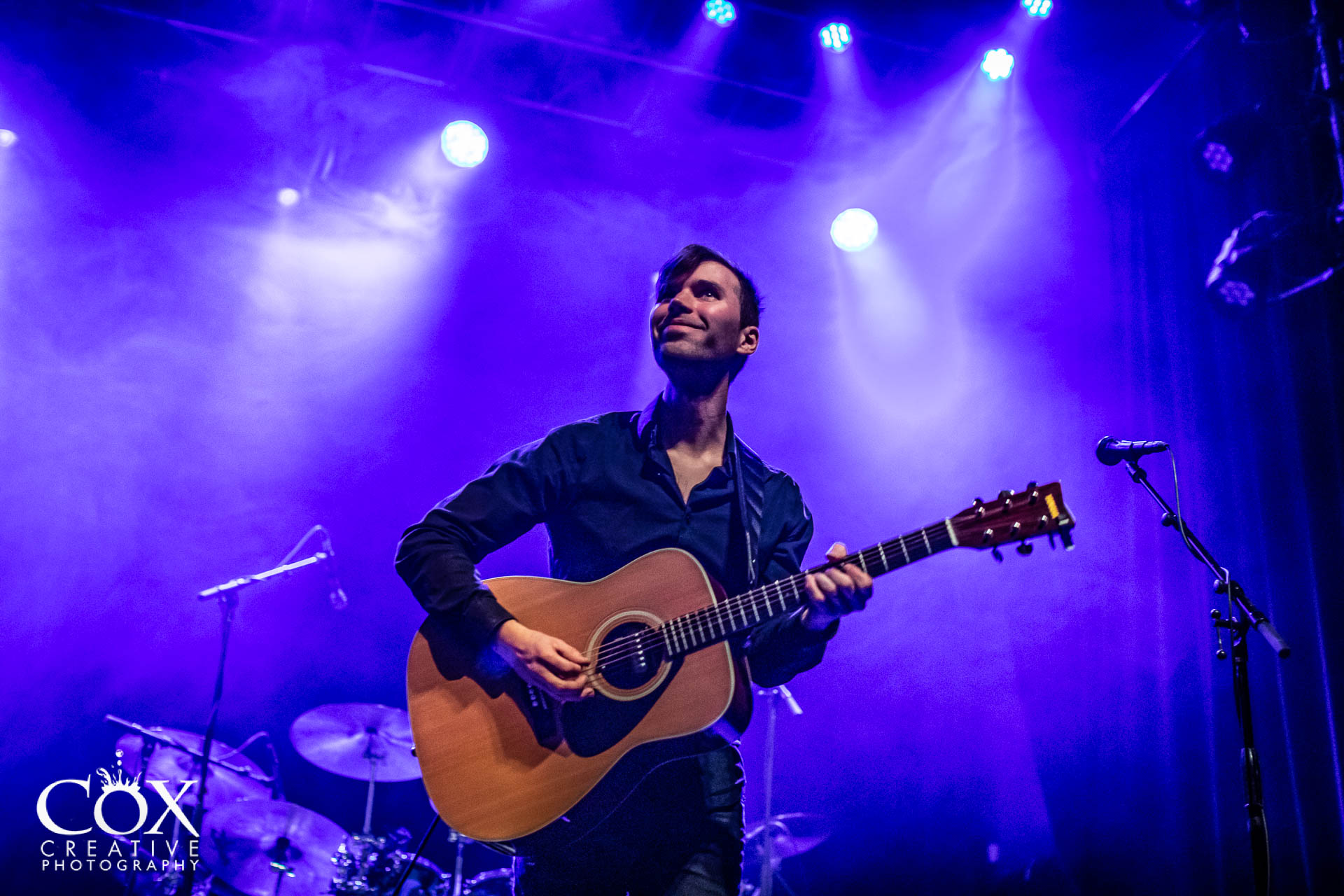 With a set-list that understandably focused on their last two albums, given that those are the ones that Harrison plays on, The Pineapple Thief tore through their material to an enthusiastic reception. Launching with “Tear You Up” and “In Exile” from the “Your Wilderness” album, it was quickly established that there are two front-men in the band: Bruce Soord of course is front and center on vocals and guitar, but the feeling in the room was that an equal number of eyes were focused upon the drummer, and rightfully so. Having recently finished up a touring run with King Crimson, Gavin Harrison has clearly elevated the live experience of The Pineapple Thief to a new level. His drum-kit’s mix was rewardingly very present through the sound system and for those who witnessed Porcupine Tree in concert back in the day, this may bring back some of those sentiments. Somewhat ironically, it was “Magnolia’s” “Alone at Sea” that really kicked the show into gear with one of Harrison’s most engaging moments even though he didn’t originally play on the studio song, while Soord hit some fiery slide guitar and touring guitarist George Marios unleashed one of many pristine solos. 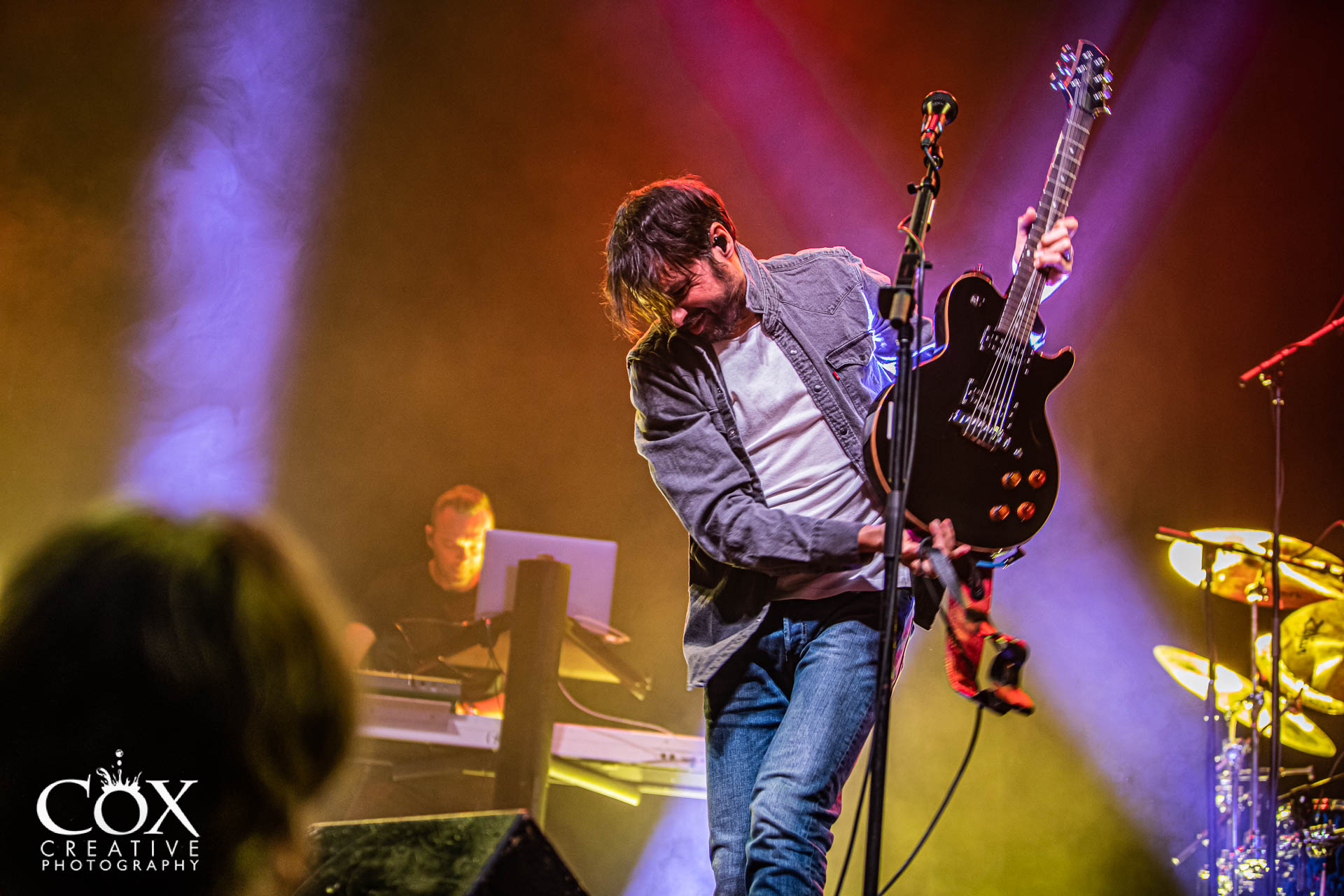 The band is solid, having honed this material through enough shows already to have released a live album “Hold Our Fire” from an earlier leg of the tour. Everyone wore in-ear monitors, although bassist Jon Sykes needed a little more isolation with a large set of headphones, which likely also helps him to hit his backing vocals. But you can’t argue with the results, Sykes being locked in with Harrison and the show grooved well. Still, Soord wasn’t beyond the occasional slip and this turned into a bit of a routine: whenever he made a “cock up”, Harrison chimed a certain bell to highlight the incident. It only happened a few times in the evening, usually during in-between-song banter, but once when it occurred mid-song and everyone heard the chime played, it nearly brought the band to a halt with laughter.

Through the aching “That Shore”, the anthemic “Shed a Light”, the epic “White Mist” and the explosive “3000 Days”, the crowd was in rapt attention and the band sublime in their offerings. The Pineapple Thief radiated a sense of relaxed humor mixed with professional delivery, quite a good combination indeed. By the time they wrapped up with “The Final Thing on My Mind”, the audience was satiated and the band walked off likely feeling like they can add another notch onto a successful run of shows in the Americas. It was a fantastic night, one which hopefully will be repeated with future tours in the coming years, as they secured 3-year visas for return visits. If you’re reading this and have a chance to catch the remaining dates on this tour, this is certainly not one to miss.