Riding on a wave of positive vibes following three excellent releases (2013’s No More Hell To Pay, 2015’s Fallen and 2018’s God Damn Evil), the hard-rocking band o’ Christian brothers known as Stryper are out on the road this summer touring and having a bit of fun. The band are roughly halfway through their very specifically named “HISTORY Tour: Greatest Hits & Covers That Influenced Our Generation.” The idea for the tour is simple: to play the best known songs from the band’s now 12 album back catalog, and to mix in some well-known cover songs from bands that influenced them throughout their career. If you are familiar with Stryper’s 2011 release The Covering, then you already know who those influences are.

The stage setup was minimal: a backdrop of their logo and two speaker scrims with artwork of all of the band’s album covers. Yep, this night was strictly about the music and that was alright by me. The evening’s festivities kicked off with a bang, as the Stryper ripped into the song that first introduced this scrawny teenager to the band back in 1985: “Soldiers Under Command.” The song’s classic, opening guitar riff immediately grabbed the attention of the crowd at Atlanta’s Masquerade concert venue and off they went; twin guitars blazing and lead singer Michael Sweet’s soaring vocal cutting through the volume. If there was any question before the show if Sweet was over his recent vocal issues due to a viral infection, he quickly silenced those doubts. He absolutely nailed the song’s final, glass-breaking, eardrum-piercing high-note with ease, extending it out longer than the original. Wow, does that guy have some pipes. 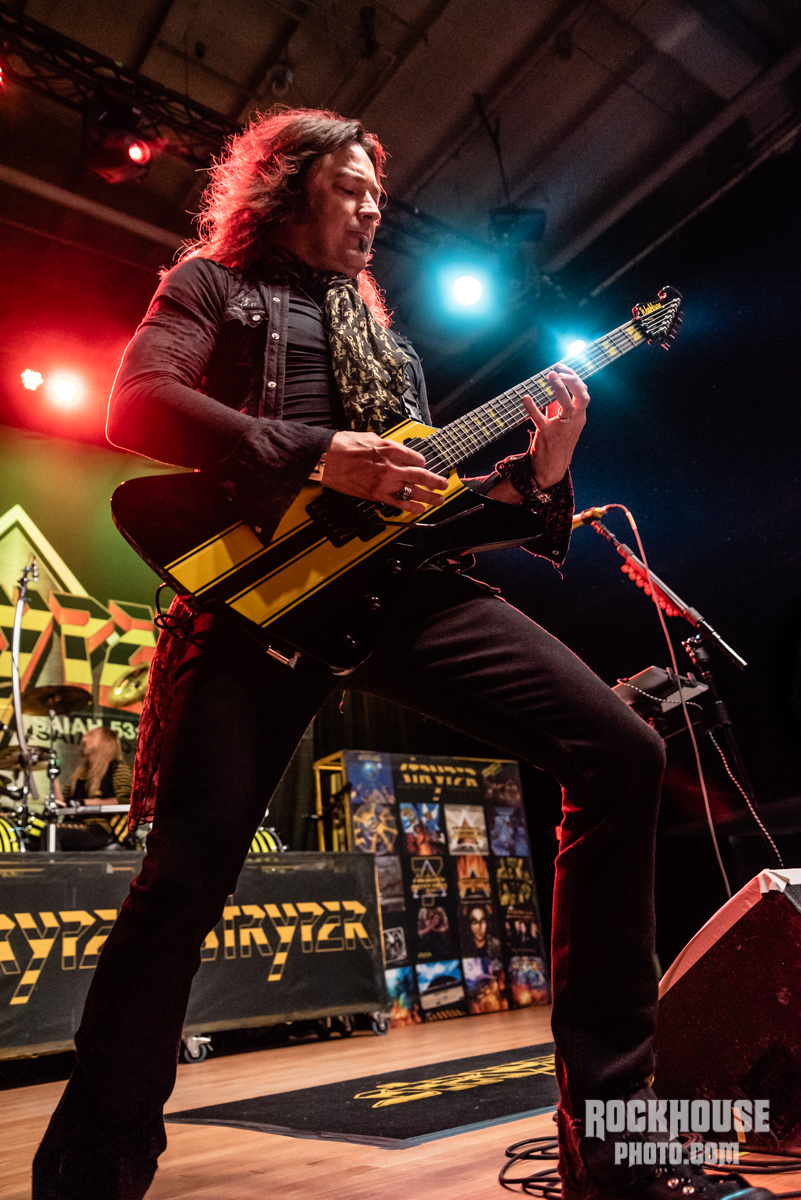 The KISS classic “Shout It Out Loud” was the first of the cover songs, faithfully replicated by the band. I guess I’d have to say the same thing about all of the covers that Stryper performed – they didn’t really stray too far away from the original versions. Not that they have to do anything different, but I do prefer when bands inject a little more of their own personality into the song, much like Stryper’s own cover of The Doobie Brother’s classic “Jesus Is Just Alright,” from No More Hell To Pay. Still, the addition of the cover songs made for a unique and interesting night of rock and roll.

The 80s pop-metal classic “Calling On You” took me back in my mind to 1986 when the video for the song was on a seemingly endless loop on MTV, and it was quickly followed up with its album mate “Free.” Covers from Judas Priest, Van Halen, Black Sabbath, Ozzy Osbourne all followed, and in a bit of a surprise, “All She Wrote” from Firehouse, presumably performed in honor of new bass player Perry Richardson, formerly of Firehouse. Both Michael Sweet and lead guitarist Oz Fox let loose on the guitars, ripping into each song with abandon, while drummer Robert Sweet (still with the sideways drum kit) bashed away with ferocity. The musicianship in this band is top notch. Dare I say that Michel Sweet and Oz Fox might just be the tightest twin-guitar combination in hard rock since Downing & Tipton? That’s right, I said it. 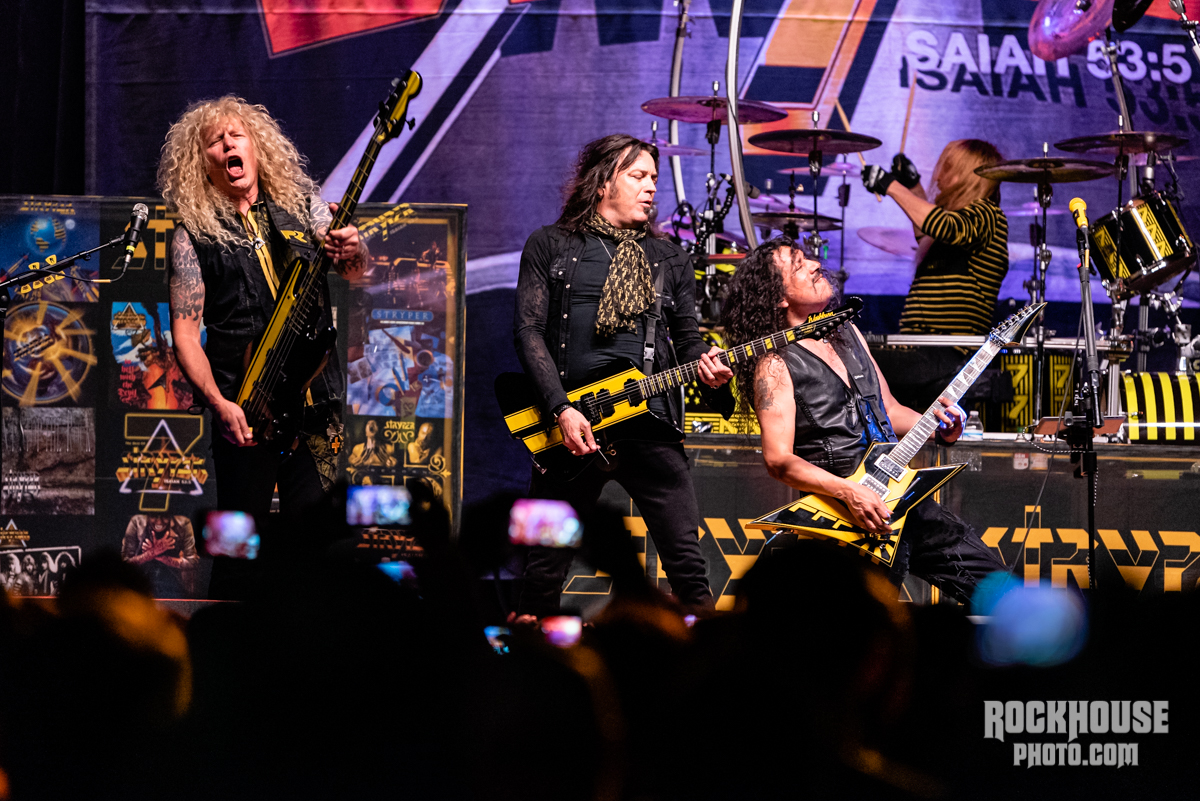 I realized towards the end of the night that the set-list didn’t contain any of the band’s ballads, such as their huge hit “Honestly.” The melodic rocker “Always There For You” was as “soft” as the band got all night – the rest was pure balls-to-the-wall, guitar-driven hard rock and roll, typified by the inclusion of the song “Yahweh,” from Fallen. This has got to be one of the most epic songs I’ve heard in a long time, anchored by not one, but two tempo shifts. When the song relaxed into a slow-chugging rhythm, it seemed the entire crowd locked into the groove with the band. See folks, this is why you need to put the damn cell phones down and live in the moment! “Sing Along Song” followed and guess what…everyone sang along. After a short break, the band performed an encore of “The Valley” and closed out the night with their signature track: the fist-pumping “To Hell With The Devil.”

More than 30 years into their career there seems to be no slowing down anytime soon for this band. With the addition of Perry Richardson locking down the band’s lineup, and the scary medical emergency suffered by Oz Fox now hopefully a thing of the past, the band moves to the studio in early 2020 for another new album.

The Valley / To Hell With The Devil