The band Stone Temple Pilots has been through their fair share of heartbreak the past several years, mainly involved around the unfortunate passing of both their original lead vocalist Scott Weiland, and his successor Chester Bennington. After Bennington returned to his main duties with Linkin Park in 2015, Stone Temple Pilots began the search for yet another new lead vocalist and in late 2017 they settled on Jeff Gutt, a recent contestant on the reality-tv singing show The X Factor. The band just released a self—titled album featuring Gutt in March of this year and have hit the road across the United States in tour support. It was with much anticipation that I attended their May 1 concert at The Masquerade in Atlanta, to not only see this band live for the first time in my life, but to find out how the “new guy” will perform and if he’s accepted by the fanbase.

I know from previous experience with bands that I love who have changed or had to change a beloved lead singer (Van Halen/Queensryche/Journey) that the fanbase is typically split into two camps: those that remain loyal to the original singer and will never accept a replacement, or, those that are more accepting and will give the new member a chance to succeed. The challenge from the band’s standpoint is to find someone who sounds similar enough to the original singer to deliver the back catalog of hits, but who can infuse some of their own personality into the new music that the band creates. I honestly think that Stone Temple Pilots found the perfect guy in Jeff Gutt. His vocal tone is so remarkably similar to Weiland’s (except for Weiland’s bass-ier, more distinct vibrato) that it’s really hard to tell that it’s not Weiland. In addition to his vocal ability, Gutt’s wiry frame and stark white hair strikes a similar visual appearance to Weiland as well.

The band casually walked onstage to the sold-out applause of the audience before gettin’ right to it, launching into “Wicked Garden” from their debut album Core. A series of zig-zag shaped light panels behind the band pumped out some serious light and color, while Gutt and the three original band members – Dean DeLeo (guitar), Robert DeLeo (bass) and Eric Kretz (drums) – got the show started with a bang. “Vasoline,” “Big Bang Baby” and “Silvergun Superman” followed, with new tracks “Meadow” and “Middle of Nowhere” sprinkled in-between. Probably the band’s most successful song to date, “Plush” was beautifully delivered. Starting quietly with just DeLeo’s guitar and Gutt’s vocal, the song quickly became a “cell-phone camera-out/lighters in the air” sing-along, building ever so slowly before kicking into the song’s signature chord progression. 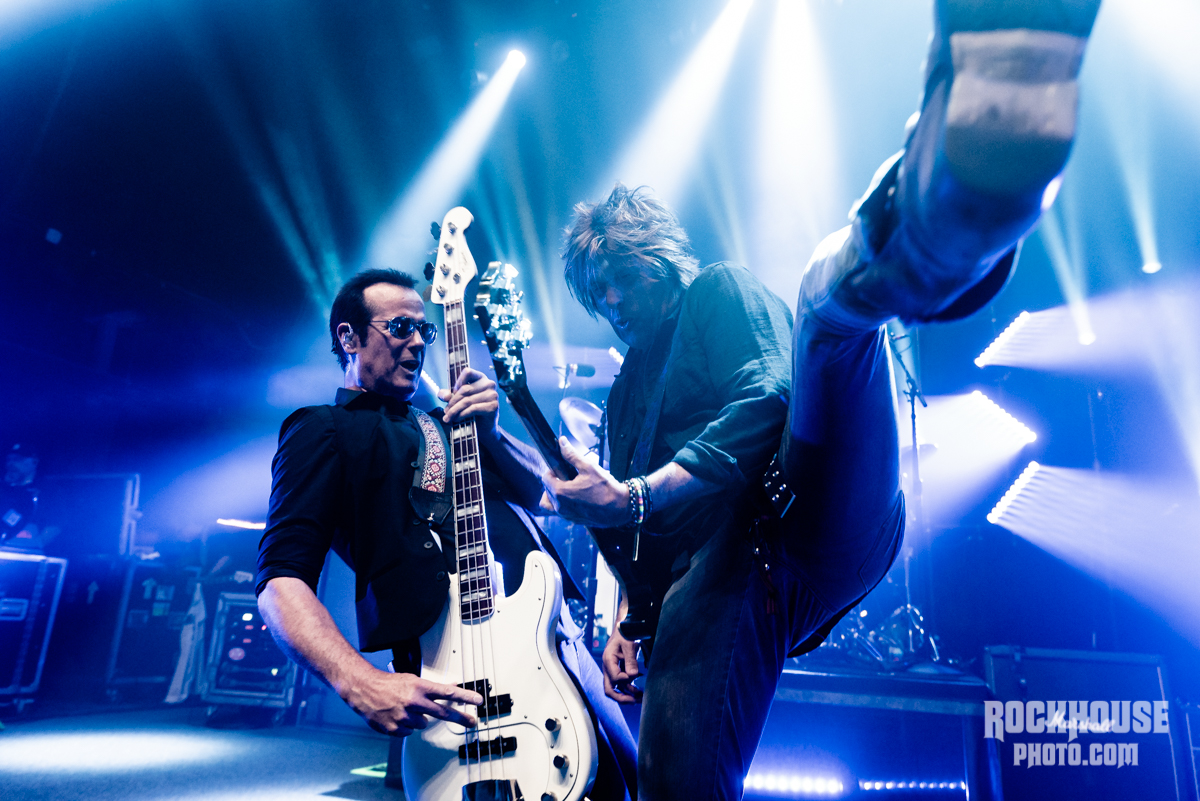 The band pulled a total of five songs from their latest album, with the best of the bunch (in my opinion) being “Roll Me Under,” a slamming track that drifts from the jazzy, meandering bed of guitars of the verse to the crunching, sing-along chorus.“Dead and Bloated” and the sublime “Trippin’ On A Hole In A Paper Heart” closed out the set before the band returned deliver the one-two punch of Core favorites “Sex Type Thing” and deeper cut “Piece of Pie.”

Overall, a phenomenal show. Here’s wishing much success to the band as they hopefully put the drama of the past several years behind them and continue down their musical path with the new guy in tow. Stone Temple Pilots are back!