As a teenager growing up without internet or MTV I got to learn about Static-X from a Metal Hammer magazine mixed CD that a friend recorded into a cassette type for me. I never got to see them perform live so when I saw the tour announcement I was definitely intrigued. After battle the weather and South Florida ever-terrible traffic, I arrived at the venue right when Raven Black was starting there set. This was my second time seeing them this year and I get to see some differences. In my opinion they seemed more confident on this performance. Even if there music is not my cup of tea I can appreciate a good show and that they definitely delivered. Using makeup, costumes and props they create a blend that matches their music perfectly. Raven Black had a short 8 songs set and very quickly the stage was prepared for the next act, Wednesday 13. This is a band that I also saw back in April of this year and they impressed me so I was excited to see them again. 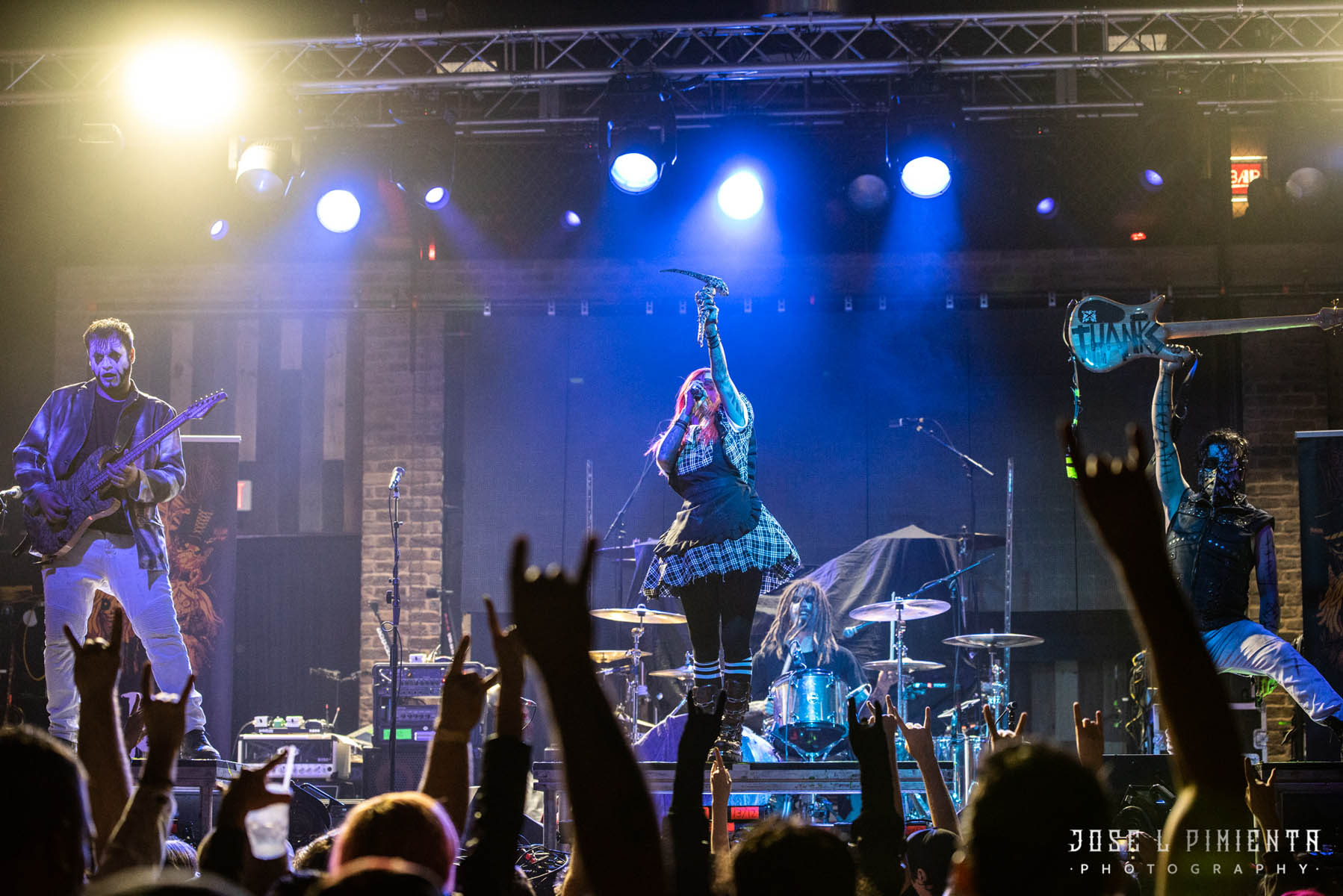 As the fans awaited for Wednesday 13, they arrived on stage in the dark and a light shined from the singers head and arms partially illuminating a new mask covered with glowing paint and feathers. This band keeps their number very fresh every time and the fans never know what is coming next. After the first song the signer changed his mask to a black ski warmer mas and a long knife in his hand giving the audience the terror feeling and matching perfectly with their song “Zodiac” singing about the infamous serial killer with the same name. For the next couple of songs the signer came out with his already classic double mask covering the front and back of his head making everyone wonder which direction he was facing while singing. To close their set they performed a cover of “I Love To Say Fuck” by Frankenstein Drag Queens from Planet 13. This time the singer sported a black umbrella with a huge middle finger pointing to the crown and everyone responded with the same. 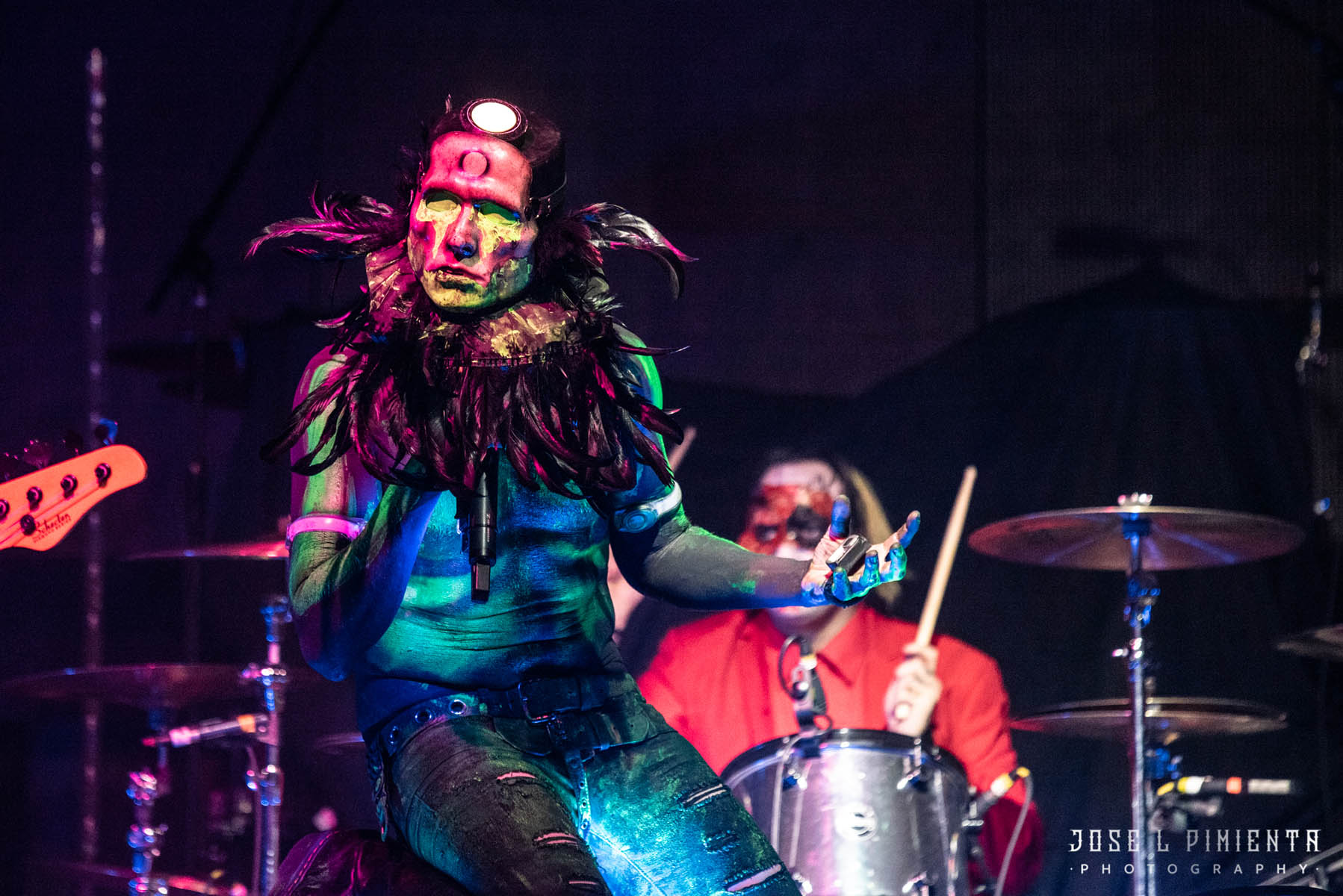 The venue was very packed to the rafters by the time Dope took the stage. The American flag in the screen illuminated everything with a red, white and blue glow as they opened with “Blood Money”. My first exposure to this band was an interview they did with Metal Edge Magazine around 2004, and now 15 years later I was getting to see them for the first time. Their performance came overflown with infectious energy, at some point it felt the whole band was bouncing on the stage and this clearly reflected in the crowd sparking a mosh pit, which the band continued to fuel with every tune. The signer thanked everyone for keeping the scene alive and he stated his nostalgia about being back in South Florida where he actually grew up. By the time they played their hit “Die MF Die” everyone was signing along and jumping all over the place, it was visual madness yet a lot of fun. Dope closed with a cover of the worst song in the world, as the singer called it, “You Spin Me Round (Like a Record)” by Dead or Alive as expected the party to continue until the last note. 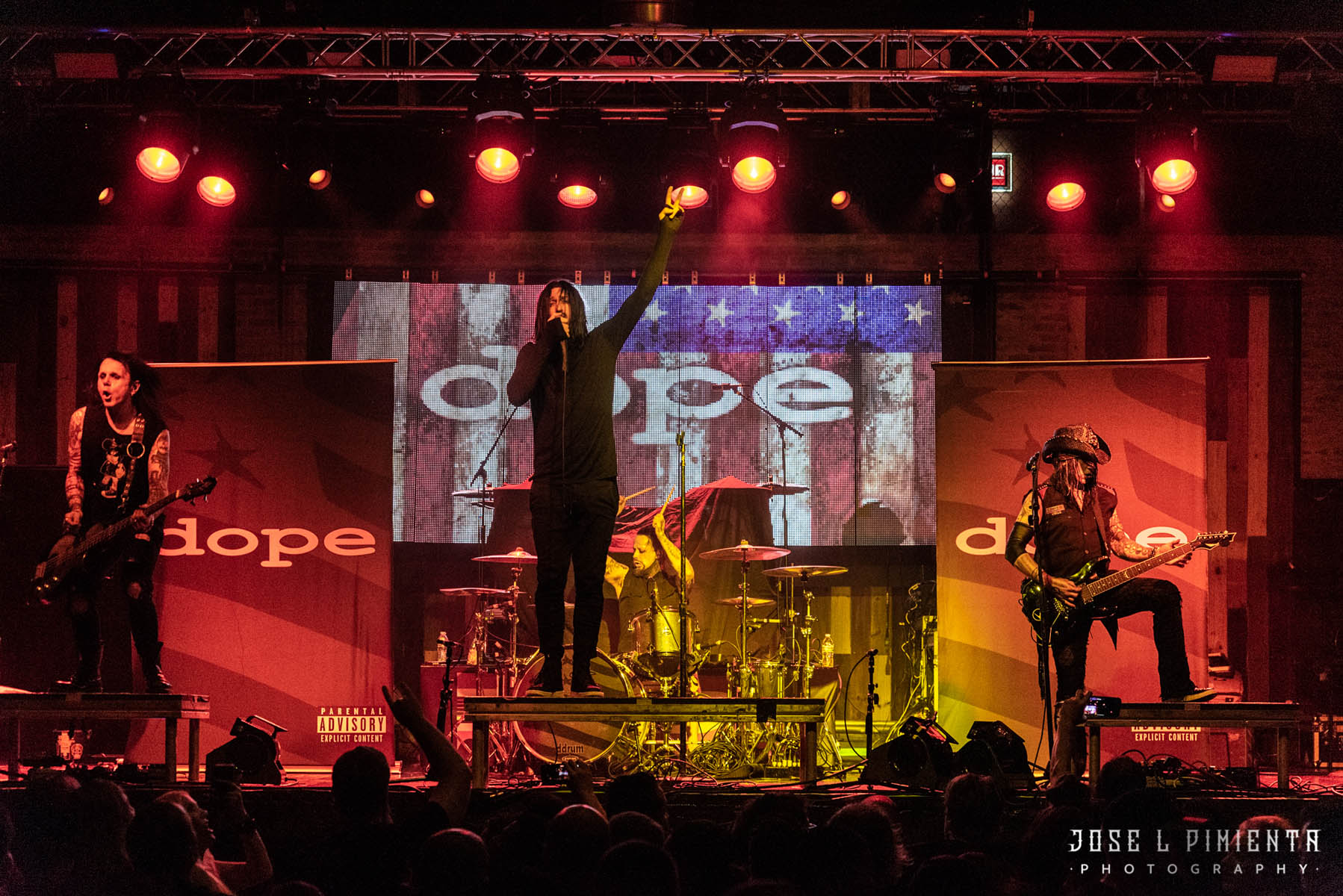 Finally it was time for Static-X to go stage and the excitement was very clear all around. With the original members arrival the crowd cheered welcoming them and then Xer0, the mysterious singer for this tour, appeared. It was impressive to see them all there. It felt very real like if Wayne Static had been reincarnated and was ready to perform one more time for all of us. This is a very special tour celebrating the 20th anniversary of “Wisconsin Death Trip”, the album that put them on the map, and a tribute to the Wayne after 5 years of his untimely death. They began the show with “Bled for Days”, the bass line and rhythm of the intro instantly ignited the mosh pit. Static-X music has always captivated me, I just find it to be very unique and creative mix of metal with industrial/electro sound that delivers the punch that set them apart from all the other act from their era. By the middle of the set they started to blend in other hits from also iconic albums “Machine” from 2001 and others. Then to close the night they brought their heavy hitters “Cold”, “I’m With Stupid” and “Push it”, with Wayne’s image on the screen and lyrics transiting in and out they created the perfect atmosphere for this tribute. 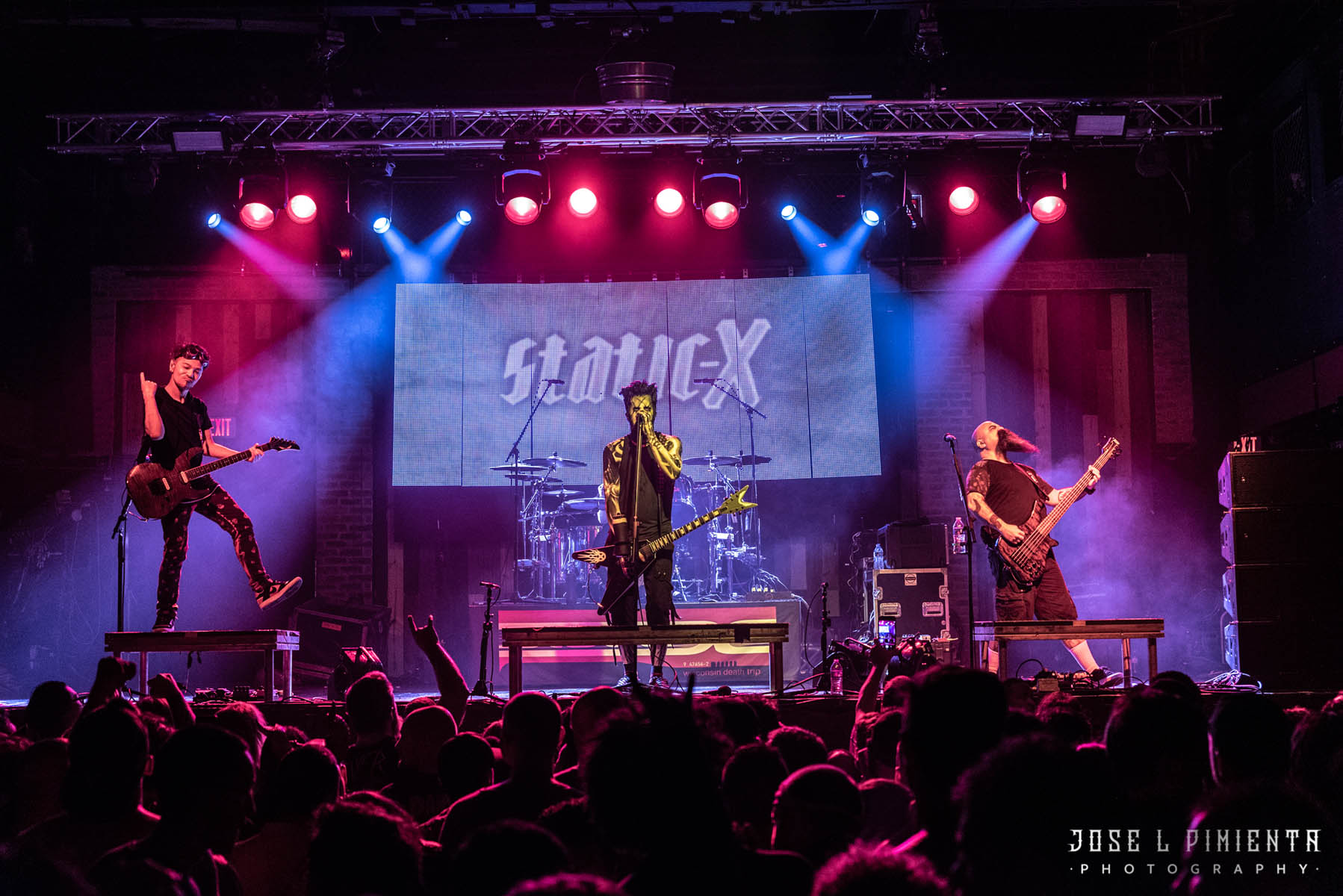 I know this tour has had some controversial views but I’m my humble opinion they did a wonderful job bringing the music and the experience of Static-X back to the fans. I would definitely recommend to everyone to catch them on their next stops because it was a very special concert and one I will always remember.