Due to the unfortunate passing of guitarist/singer Wayne Static in 2014, his namesake industrial metal band – Static-X – never got the chance at a proper farewell. Now, to celebrate the 20 year anniversary of the band’s crushing, platinum-selling debut album Wisconsin Death Trip (WDT) and to pay homage to their fallen comrade, the remaining members of the original band – bassist Tony Campos, guitarist Koichi Fukuda and drummer Ken Jay – have launched a 20th anniversary tour across the US. Taking Static’s spot on stage is the masked Xer0: an unnamed musician who has taken on the “role” of Static. Done so with the approval of Static’s immediate family, Xer0 isn’t trying to be Static. His appearance and performance serves as a tribute, because without the signature vocal delivery and iconic hairstyle, Static-X in 2019 just wouldn’t be all that convincing. 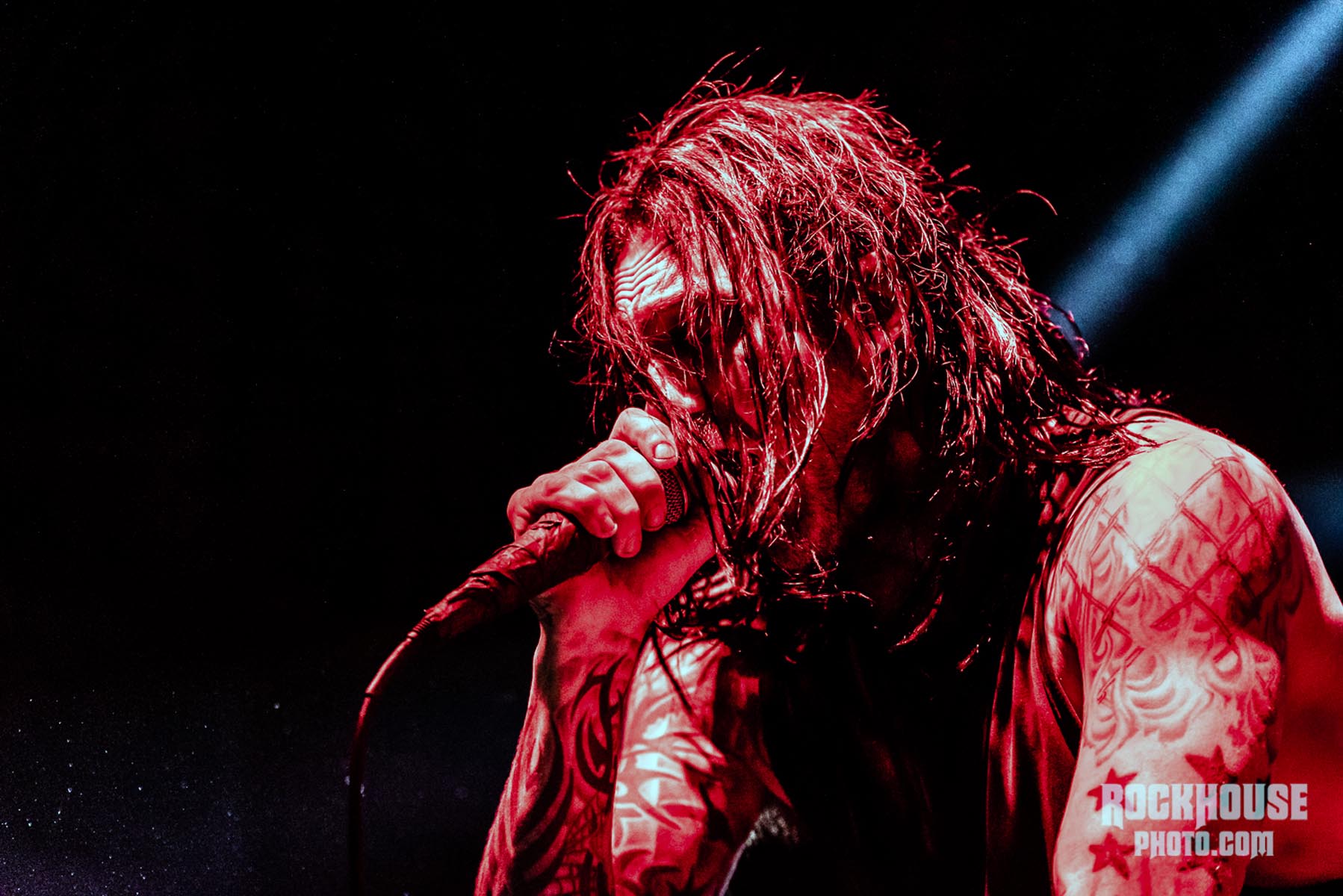 I arrived at Atlanta’s Masquerade concert venue to an almost completely packed house. It was already a humid evening in the A-T-L, and the temperature inside the venue jumped several degrees up the “sweaty and sticky” scale. Fans who arrived early were treated to an impressive line-up of opening bands, many of whom were good friends or tour mates of Static-X over the years, like the industrial metal band Dope; horror-rocker Wednesday 13, and the metal band Devildriver. Support from the theatrical Los Angeles-based band Raven Black started the evening’s festivities. Unfortunately with five bands on the bill, the start time was very early and I entered the venue as Raven Black was finishing up. 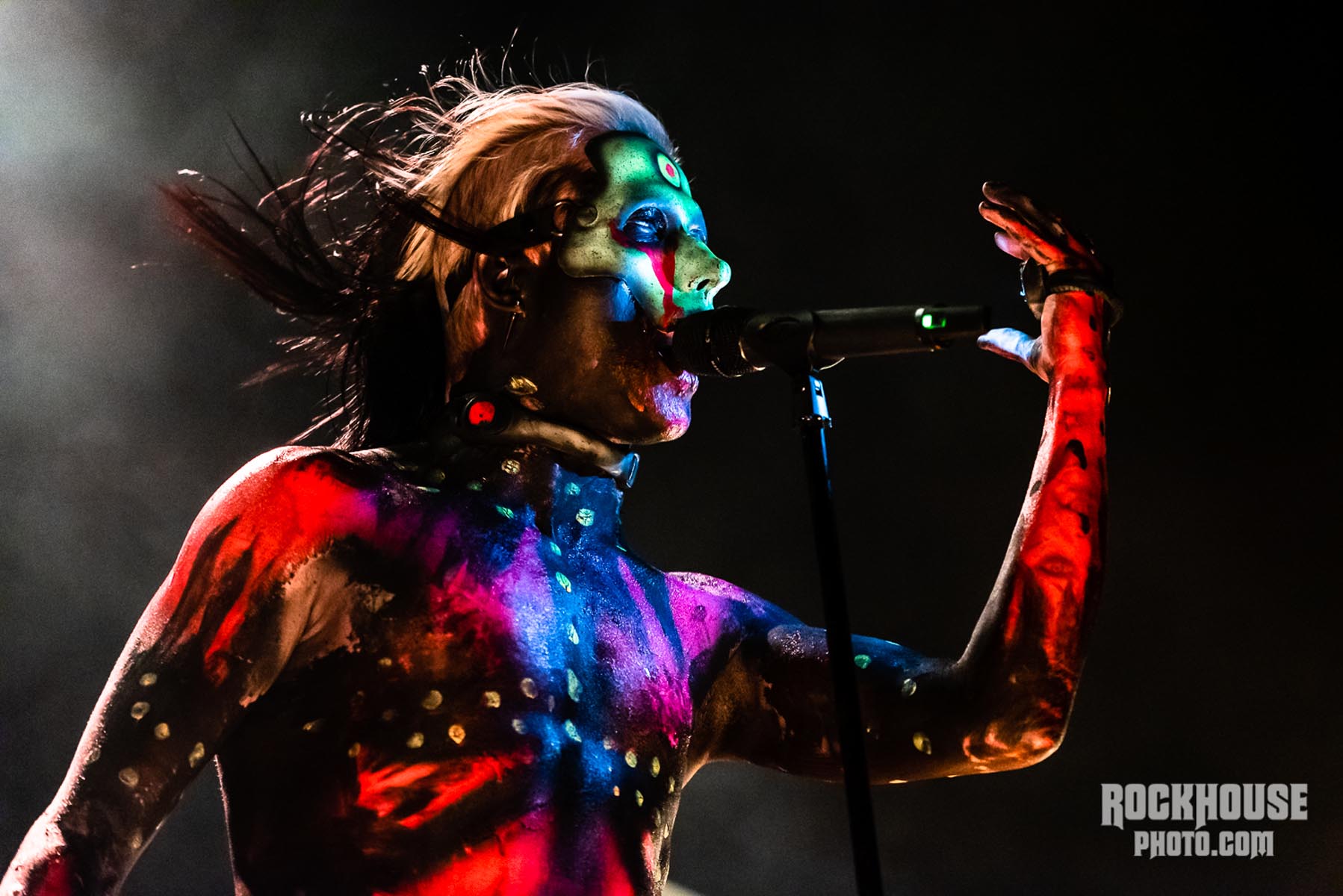 Each band that played that night put on an quite an impressive show…at times it almost felt like a “battle of the bands,” with each outfit attempting to out-do the previous band. Wednesday 13 served on a spectacle, and his dedication to the tour was evident by the massive amount of body paint he as wearing during his theatrical performance. Dope flat-out rocked as did Devildriver, who’s blinding light show added an over-the-top element. The result of all of this volume and light and music was that the evening really felt like a celebration instead of just another tour stop. Each band took a moment to address Wayne Static and the Static-X fans in attendance, and each shared stories of their friend. Then, they rocked their asses off which, in retrospect, is probably what a musician like Static would have wanted. 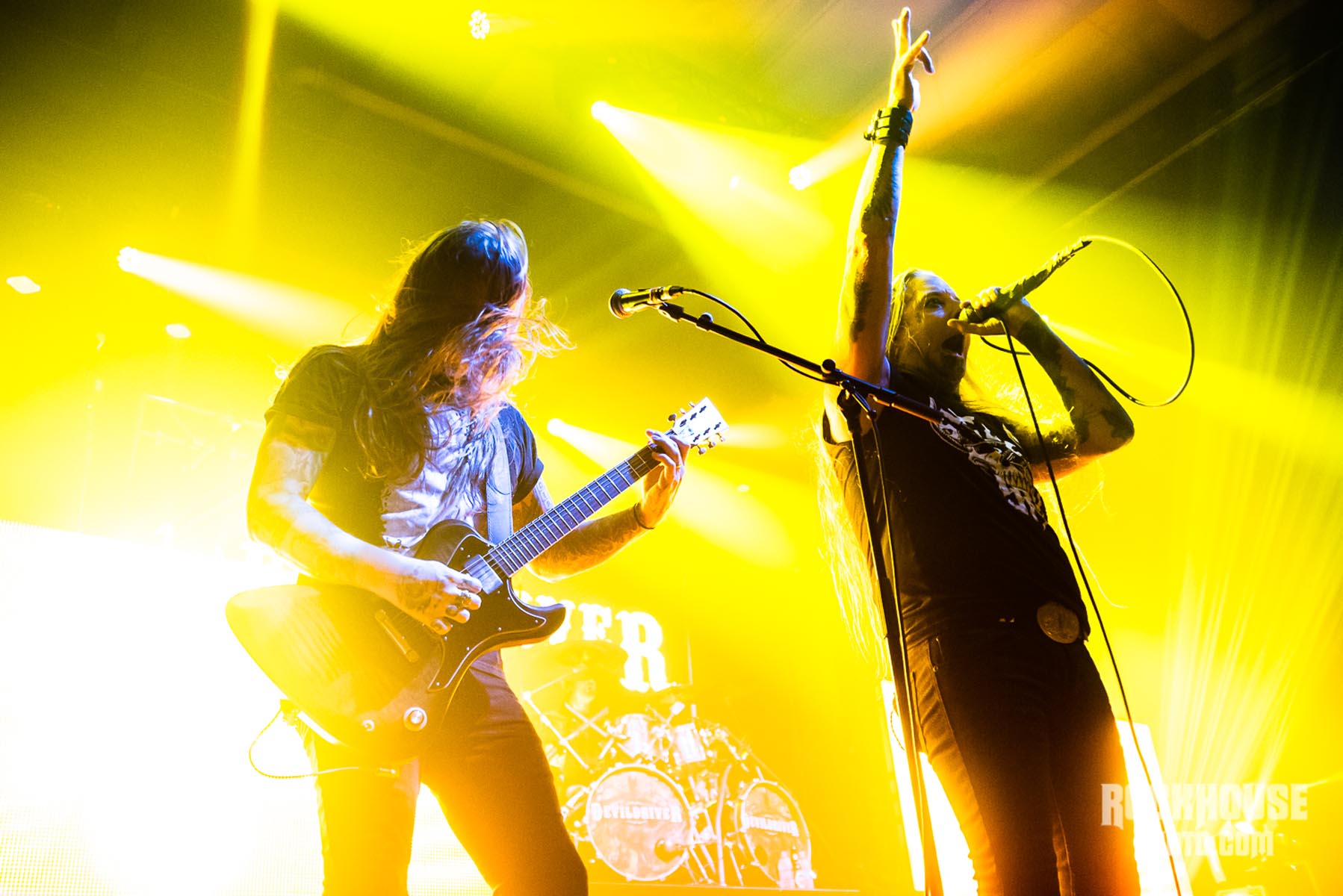 By the time Static-X took the stage the crowd was primed. “Bled for Days” got everyone bouncing and moshing, and it didn’t let up the rest of the night. “Wisconsin Death Trip,” “Fix,” and “Sweat of the Bud” re-enforced the “evil disco” moniker that was used to describe the band’s music and I can understand that name now: women in the crowd were dancing and the men were moshing. Adding to the “evil dance club” atmosphere was the constant barrage of images and lyrics being flashed on the video screens that surrounded the band on stage, along with constantly swirling lights and strobes. It was an aural and visual assault on your senses, Static-X style. 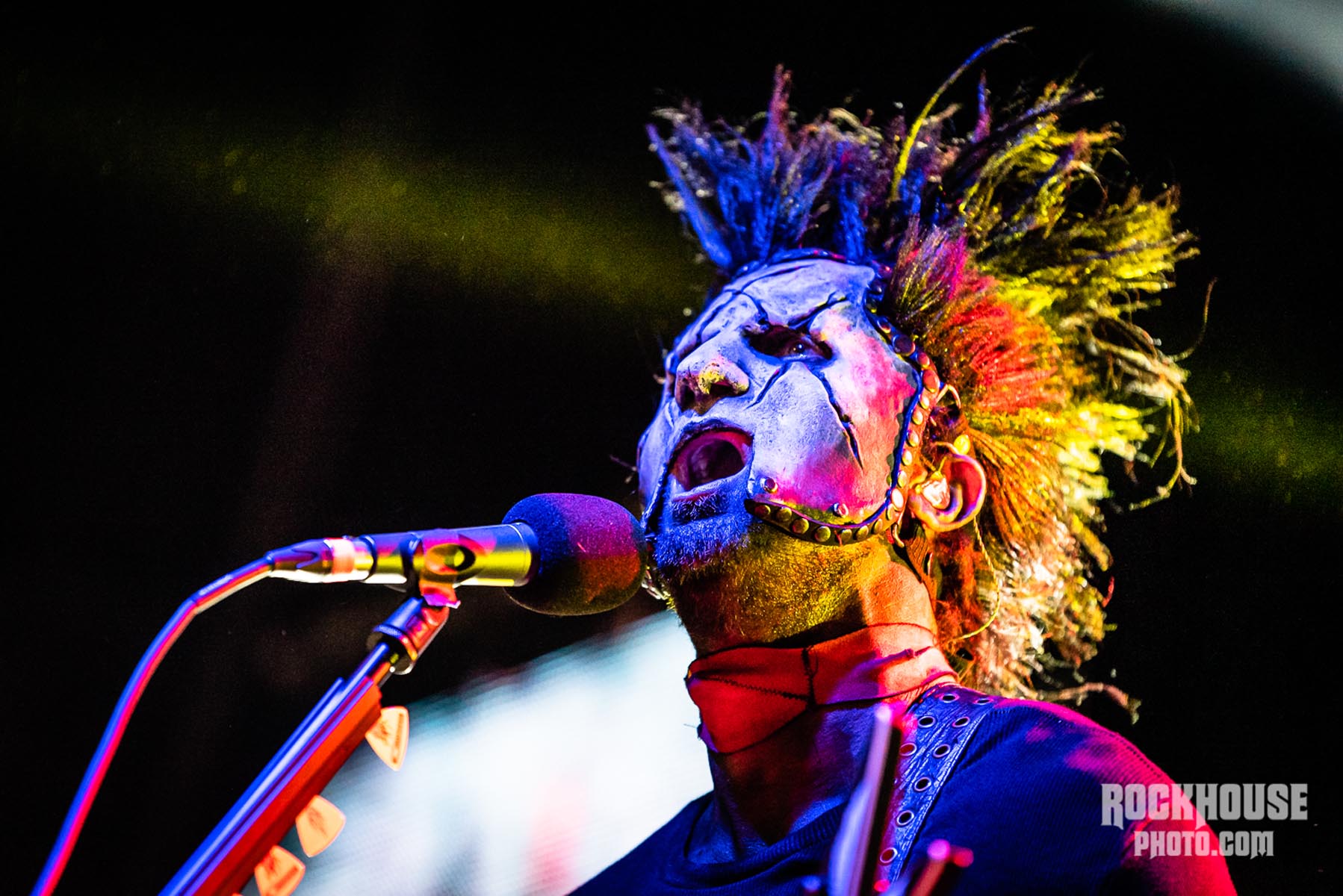 Xero, the unamed singer for Static-X

The frantic pace of the evening didn’t slow down until about the eighth song when the band played the spooky “The Trance Is the Motion,” which, in my opinion would fit perfectly in some eerie horror/slasher film. It’s that creepy. Jumping right back into the higher velocity selections, “Get to the Gone,” “Black and White” and “This Is Not” (the other Static-X song  I was very familiar with) formed a trio of selections from the band’s 2001 album Machine, as they were saving the rest of Wisconsin Death Trip for the back end of the show. “Push It” – the very first single from WDT and the song that first broke the band to mainstream success – was the unsurprising yet appropriate final song of the night, delivered with the same pummeling attitude as the rest.

The band has announced that a new disc of music is on the way, featuring some unrecorded songs and musical pieces that were kept from various recording sessions, so the name Static-X lives on. As for the future of the band itself, well, I’m not sure if even the band members know what the future holds, but they did an admirable job of paying tribute to both their own legacy and the legacy of Wayne Static himself. A terrific show not to be missed!