After a three-year hiatus, the Nashville, Tennessee rock band Framing Hanley is back and are preparing to release a brand spankin’ new album, titled Sumner Roots, available via Thermal Entertainment later this year. If their recent stop in Atlanta is any indication, they’re picking up right where they left off.

The band looks slightly different than when they announced their hiatus back in 2015. Lead singer Kenneth Nixon remains as the only original member, and is joined in this incarnation by long-time guitarist Ryan Belcher and bassist Jonathan Stoye. Guitarist Nic Brooks and drummer Shad Teems are “the new guys,” and together Framing Hanley are beginning to put back together what came apart three years ago. And they’re off to a good start: the boisterous Atlanta crowd filling the “Hell” stage at The Masquerade welcomed them back with open arms, singing along and rocking out all night. 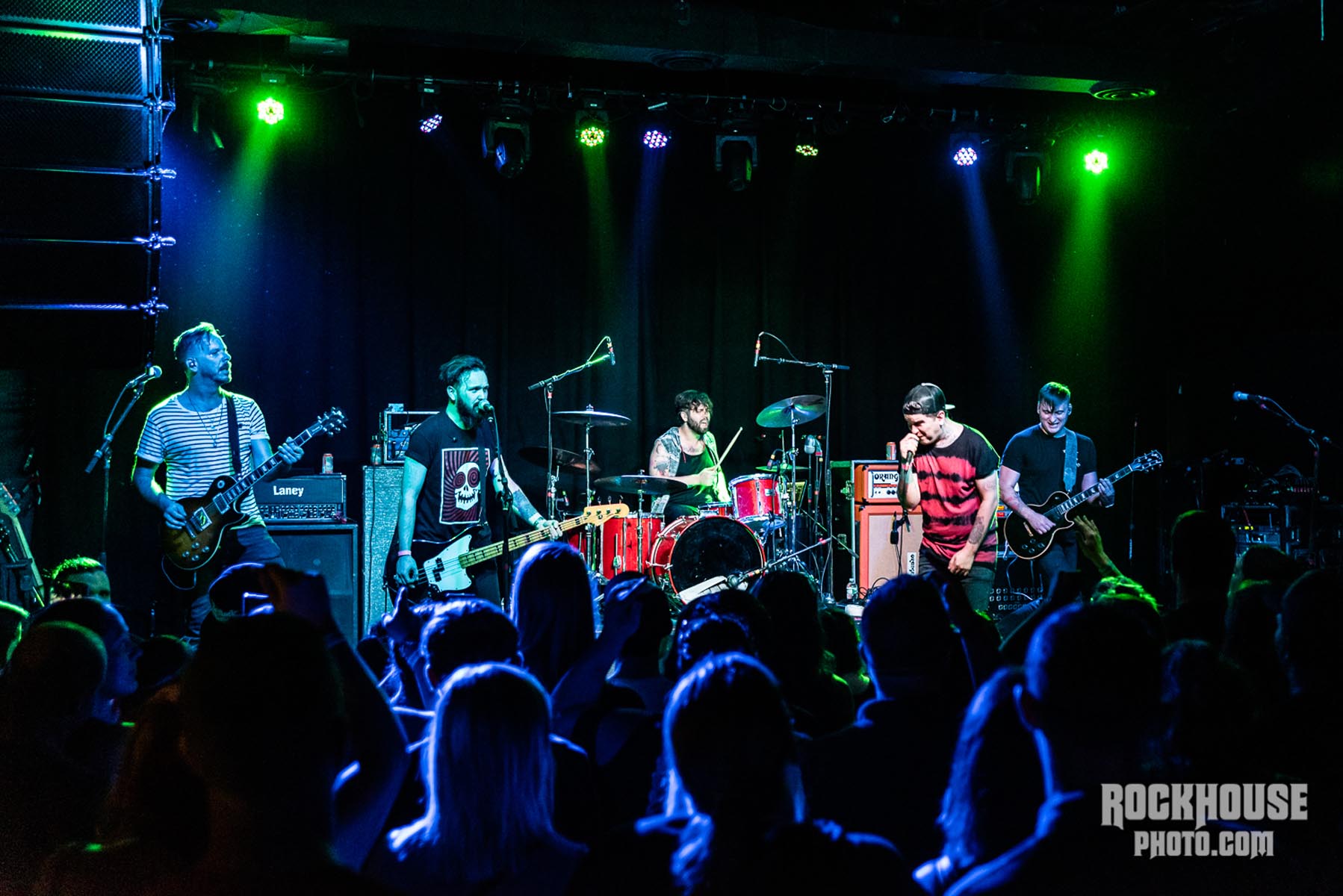 The set list was comprised of their their most well-known tracks like “Baggage Claim,” their rocking version of the Lil Wayne song “Lollipop” and the pop rock gem “Hear Me Now,” along with newer material like “Throwing Knives” and “Puzzle Pieces.” Singer Kenneth Nixon pushes his vocal delivery to his own space, without trying to imitate anyone else, and the atmospheric guitars and excellent leads definitely showed that this band has potential in spades, and their upcoming record might be their breakthrough to higher audiences.

Along for the ride with Framing Hanley was the Alabama-based hard rock band Shallow Side. By comparison, if Framing Hanley’s set could be described as a “slow burn”; deeper emotionally while gaining momentum and power as the show went on, then Shallow Side’s set was more of a true punch in the face.

The band come out swinging, and their energetic performance grabbed the crowd from the start. “Revival,” from their new album Saints and Sinners (please see our review of the album here) got everyone moving, followed by the southern-tinged “My Addiction.” Lead guitarist Seth Trimble and bassist Matt Daniels repeatedly launched themselves off of their stage risers, emphasizing each song’s crunching riff. Two other songs from the excellent Saints and Sinners followed ( The addictive single “Sound The Alarm” and the heavy tempo driven and riffage drenched “Hallelujah”), intermixed with older tracks like “Stand Up” and a rocking version of the Styx classic “Renegade.” Boatright possesses a powerful voice full of energy and passion and Trimble manages to structure memorable and catchy riffs and delivers some leads filled with gusto, turning their particular – at times southern-tinged – version of modern rock into a refreshing and energetic experience. 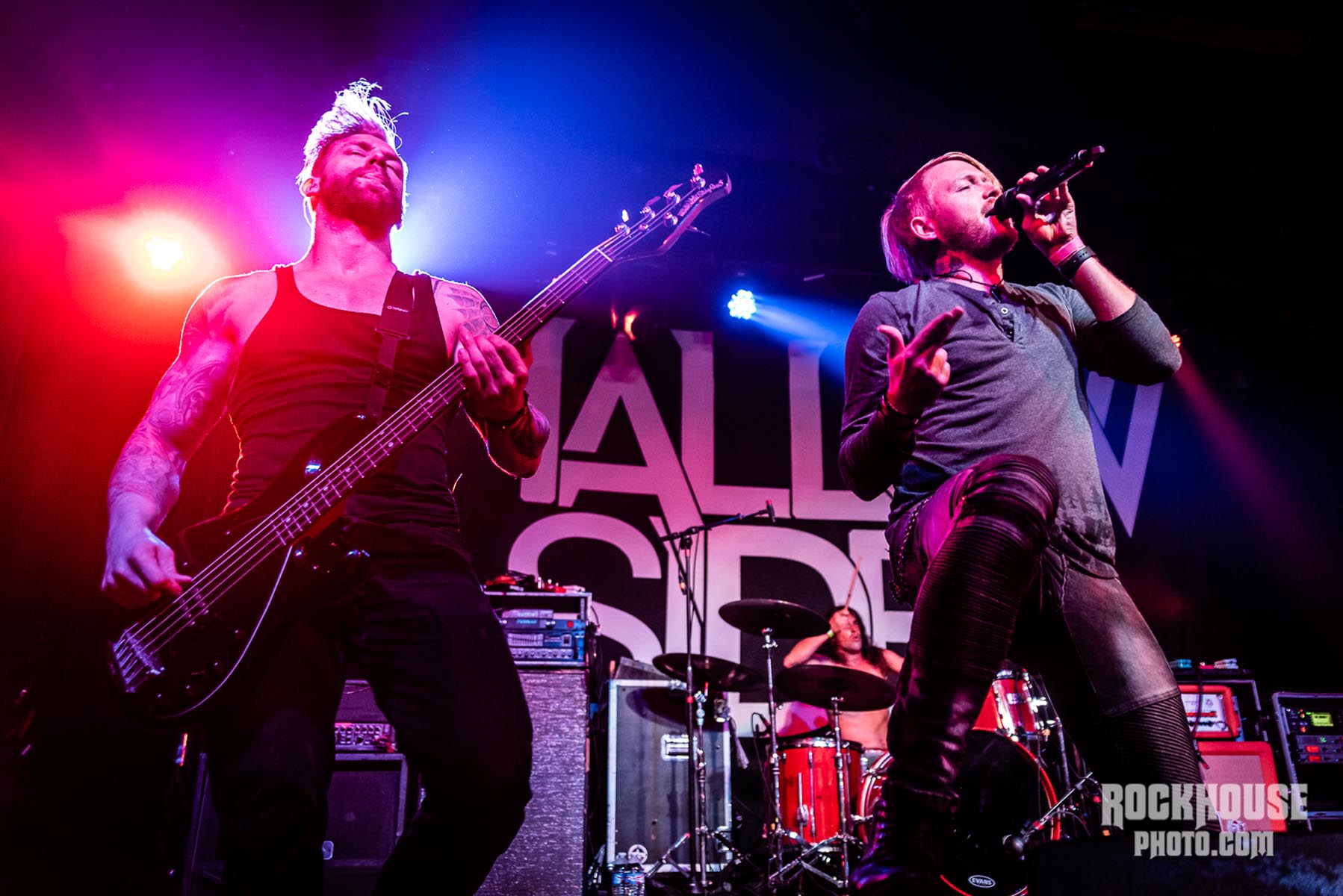 To be honest when my editor asked me to cover this show I was kinda reluctant to do so, as I was unfamiliar with both acts. However seeing them live changed my perspective drastically, and I left the venue undoubtedly satisfied with the spectacle they both offered. If you’re a rock fan then Framing Hanley and Shallow Side are definitely two bands to watch in the coming years. There is a lot of talent and promise in both bands, and both seem to be poised for large-scale success. Be sure to check in with them on social media and support them along the ride!