Long Beach, California is a city that really isn’t known for producing a large number of universally known musical acts (besides the ska punk band Sublime and the one and only Snoop Dogg), but the band Rival Sons has put an end to that statement. Touring on their sixth release Feral Roots, the bluesy, retro and totally rocking Long Beach-based band is making a steady ascent into rock superstardom with their own brand of fuzzed-out, 70s-style rock and roll.

Led by their charismatic lead singer Jay Buchanan, Rival Sons announced their presence to the crowd at Atlanta’s Masquerade venue with a blast of Michael Miley’s drums, quickly followed by the distinct wail of Buchanan. “Back in the Woods” from Feral Roots set the tone for the evening – a showcase of Rival Sons punchy, bluesy rock that combines everything that I loved about a lot of the 70s rock bands like Led Zeppelin and Bad Company, along with modern guitar tones and musical sensibilities. 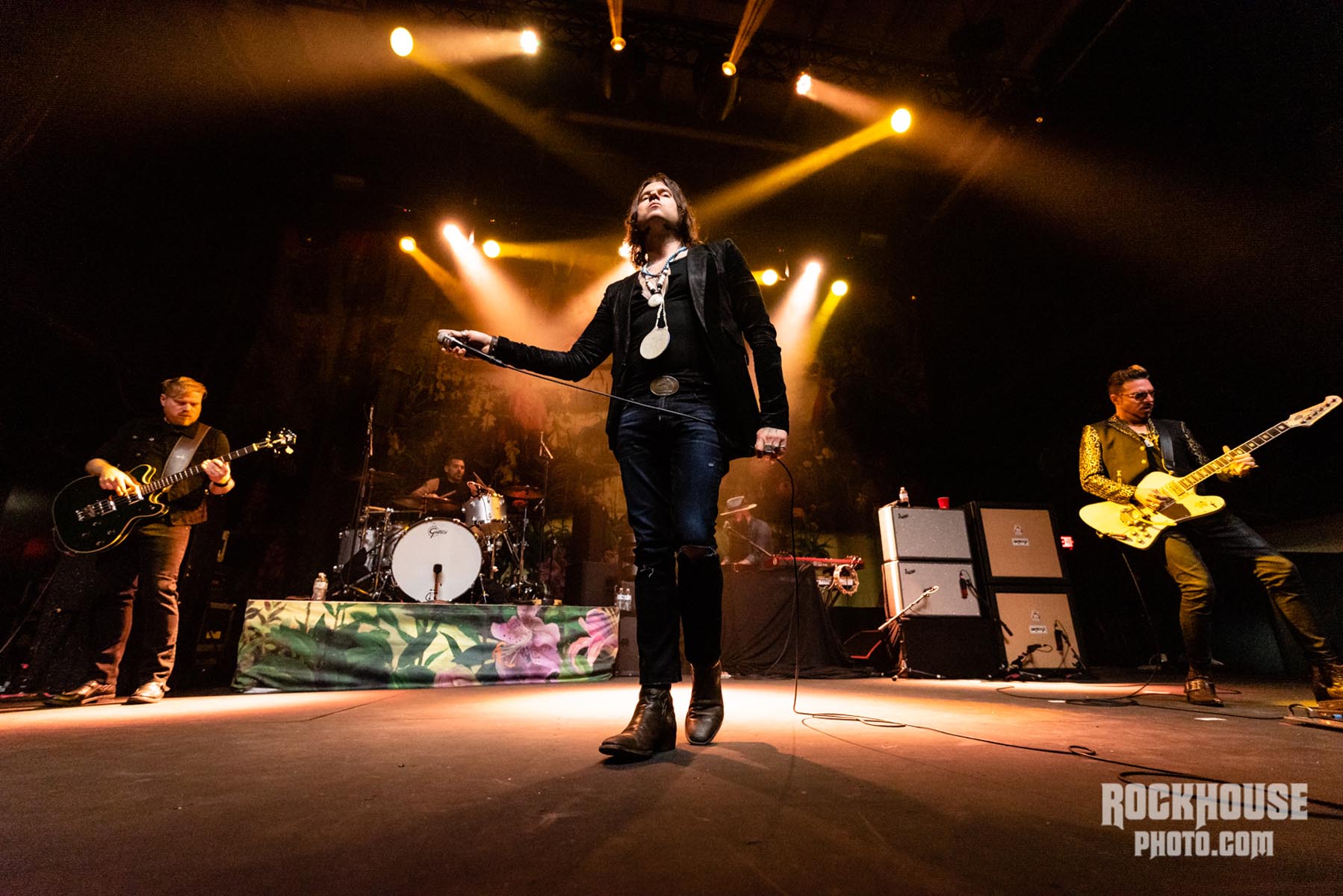 The band incorporated a whopping nine songs from Feral Roots and that was just fine with me, because it’s an excellent release. “Sugar on the Bone” picked up where the set opener left off, with some sing-along assistance from the Atlanta crowd during the “oh-oh-oh’ background vocal. “Pressure & Time” (the band’s first breakout single from their major label release of the same name) is a 3-minute gem of a song, and put an exclamation point on the beginning of this concert. Oh wait, maybe the next song “Electric Man” was the exclamation point, since it’s a fantastic song as well. Shifting gears, the band finally slowed down a bit for the moody, bluesy “Too Bad,” showcasing Buchanan’s soulful vocal. I can’t help to compare Buchanan to singers who were popular from the late 60s – early 70s, such as Paul Rodgers.

After such a high-energy beginning, Buchanan and surperbly-mustached guitarist Scott Holiday slowed things down for a beautiful rendition of the emotional “Jordan,” from the band’s 2012 release Head Down. “Face of Light” and “Feral Roots” followed and it seemed that this “middle section” of the show slowed the pacing a little too much for my liking, but the band quickly revved things up again with rollicking versions of “Torture,” “Stood By Me,” and a crushing version of “Open My Eyes” that included a trippy, guitar effects-laden intro by Holiday. His fuzzed out guitar tones and crazy, swirling effects are an integral part of the band’s sound, but he never seems to overdo them. 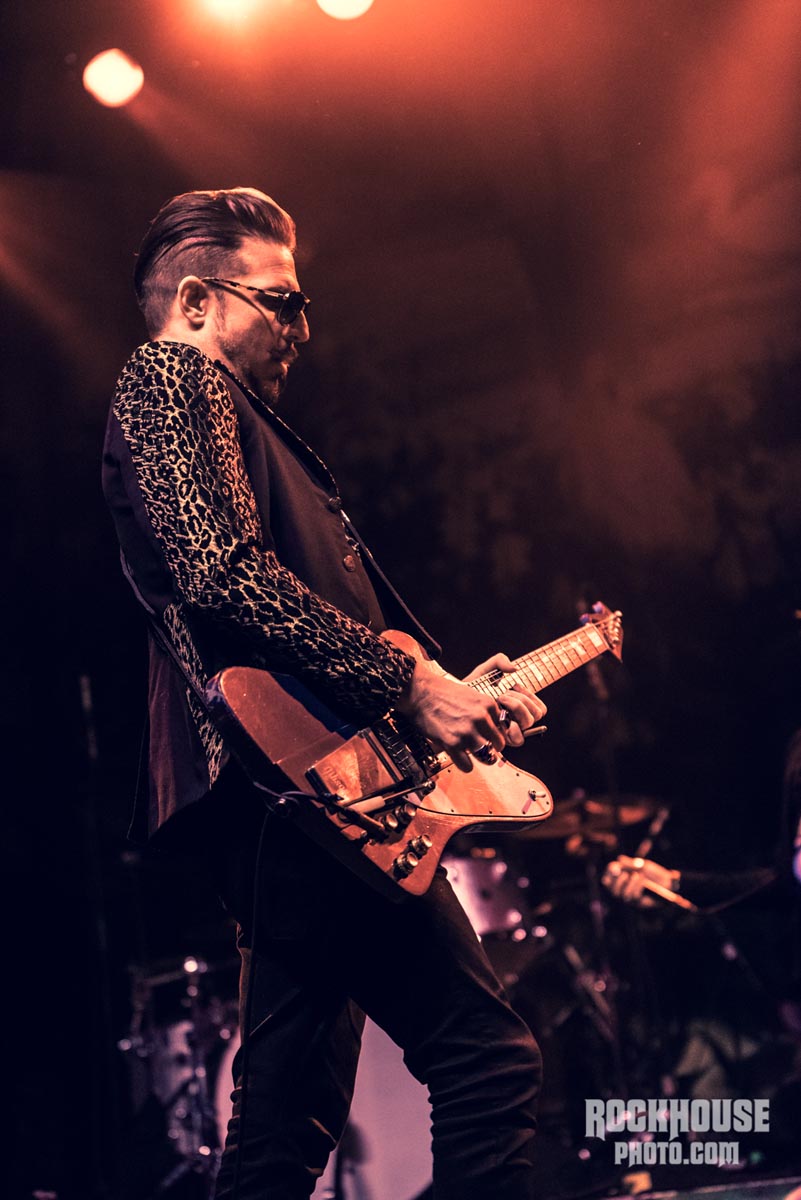 Hopefully Rival Sons take their own advice and “keep on swinging” until they’re a household name. It’s bands like this that give me hope for the future of rock and roll.