In the world of bands competing for eyes on their streams rather than tickets in hands, in October Puscifer exceeded expectations and set a near insurmountable bar with the breathtaking cinematic journey of “Existential Reckoning: Live At Arcosanti.” As covered in a more extensive review here, the electronic rock band took over the futuristic architecture of Arcosanti, Arizona, dousing the alien landscape in bright lights and the sheer intensity of their sonic craft. But giving viewers music alone was not enough – “Live at Arcosanti” was a blend between music and theater trembling on the cusp of parody. At the heart of it all is Maynard James Keenan’s eye for comedic creative flourish, a muse which produces work as mysterious as it is compelling.

Not to be outdone, not least of all by their past selves, Puscifer returned for a second dose of cinematic magic in the performance dubbed “Billy D And The Hall Of Feathered Serpents Featuring Money $hot.” While the prior livestream celebrated the release of the project’s recent album “Existential Reckoning” with a full playthrough of the album, this latest foray steps back in time as Puscifer plays 2015’s “Money $hot” in its entirety. And Puscifer does more than simply revisit the success of their prior work – they offer a comprehensive story to accompany the explosive energy of the acclaimed opus. 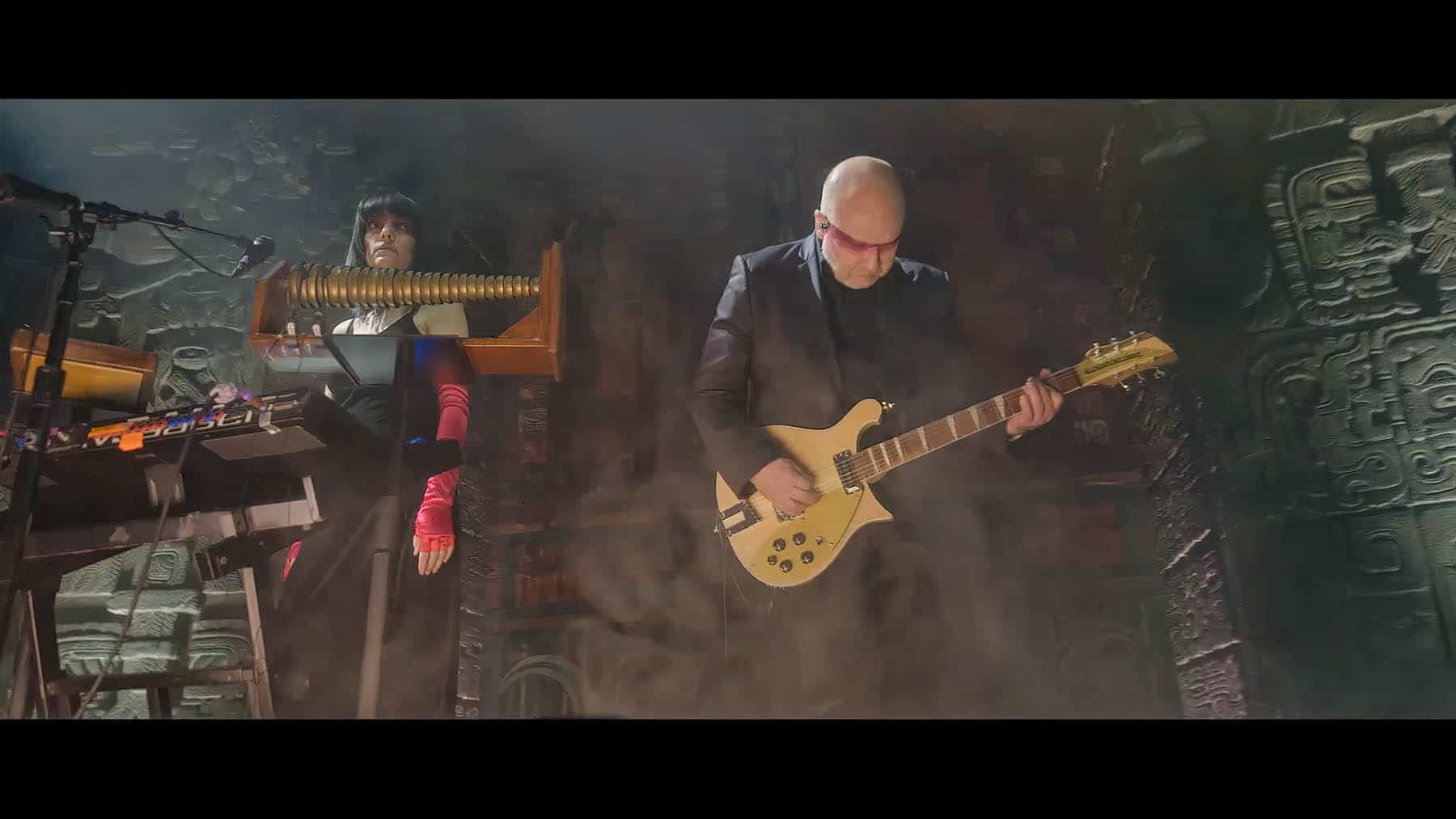 As “Live at Arcosanti” proved, for Puscifer it’s not enough to simply take over a dynamic venue with bright lights and stunning musicianship. Once more they push the limits of a filmed performance’s potential, combining vivid imagery with cinematic clips and characters sampled from Puscifer’s many eras. “Billy D and the Hall of Feathered Serpents” pulls from the Luchador-inspired imagery for “Money $hot,” set against the stunning backdrop of Los Angeles’s historic Mayan Theater.

Beginning with the forays of the performance’s titular character, viewers are once again greeted by a barren desert landscape before being whisked away into a quiet bar. Though the prickly attitudes kick off the adventure, the characters within (including Luchadores sitting at the bar) show their bright sides once the music begins. Two charismatic bartenders mix cocktails and announce each forthcoming track with enthusiastic smiles, a bright reprieve from the subdued atmospherics of the performance itself. And so begins opening track “Galileo,” the theater’s overwhelming architecture revealed in brilliant orange tones as vibrant notes rise to the sky. 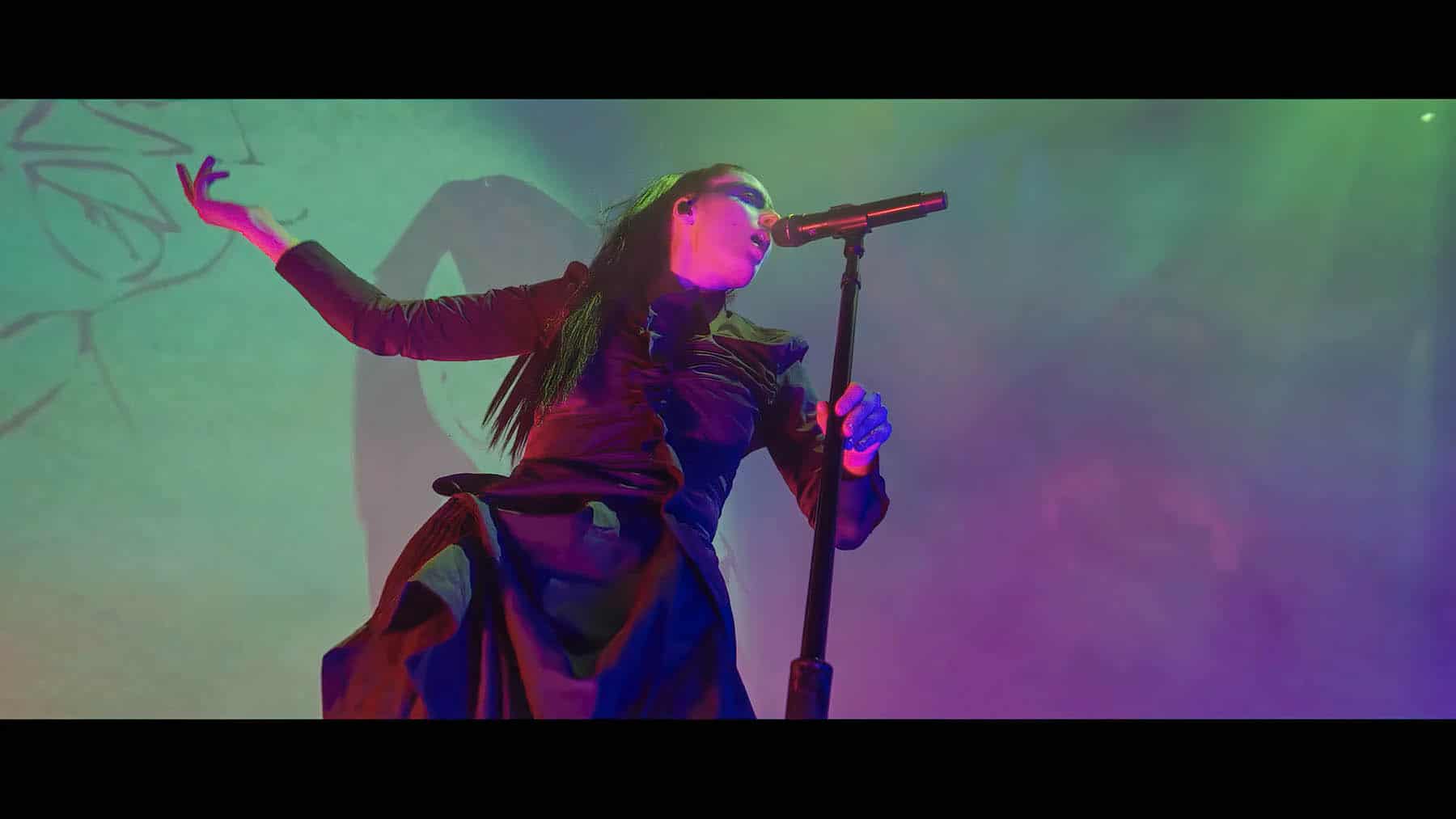 The first half of the performance is awash in earthy hues, showing Keenan and vocal companion Carina Rounds half in shadow and half in light, flickering between transitions that make them seem ethereal. Between costumes and the venue’s natural beauty it’s difficult to do anything but fall headfirst into its magic and take the story a presented at face value. While less dynamic than the thrilling forward momentum of “Live at Arcosanti,” “Billy D and the Hall of Feathered Serpents” sets something of a different tone. It is far more intimate, allowing viewers a familiarity with the musicians through a series of close-up shots on guitars and drums. Crisp LEDs are exchanged for the muted blur of busy hands and tapping feet, as though the set is performed amidst the fog of a dream. There is no better place for the soothing tones of “Agostina,” made simultaneously unsettling between careful staging and Keenan’s impassioned delivery.

It is in shortly following track “The Arsonist” where the tone shifts towards the more fiery side, welcoming in hordes of Luchadores and setting our musicians within a ring alight in red and blue. The earlier dream begins to dissolve as a more energetic scene emerges, and a crowd with colorful masks (though not the kind we have grown accustomed to) set the stage. Earlier yellows are split by bright neons, and the unrelenting energy of “The Remedy” fills the venue with unparalleled chaotic energy. Every word of the chorus is a successive punch, further accentuated by clever camera work. As for exclusive track “Flippant,” Puscifer begins drenched deep crimson before exploding into a blinding rainbows. 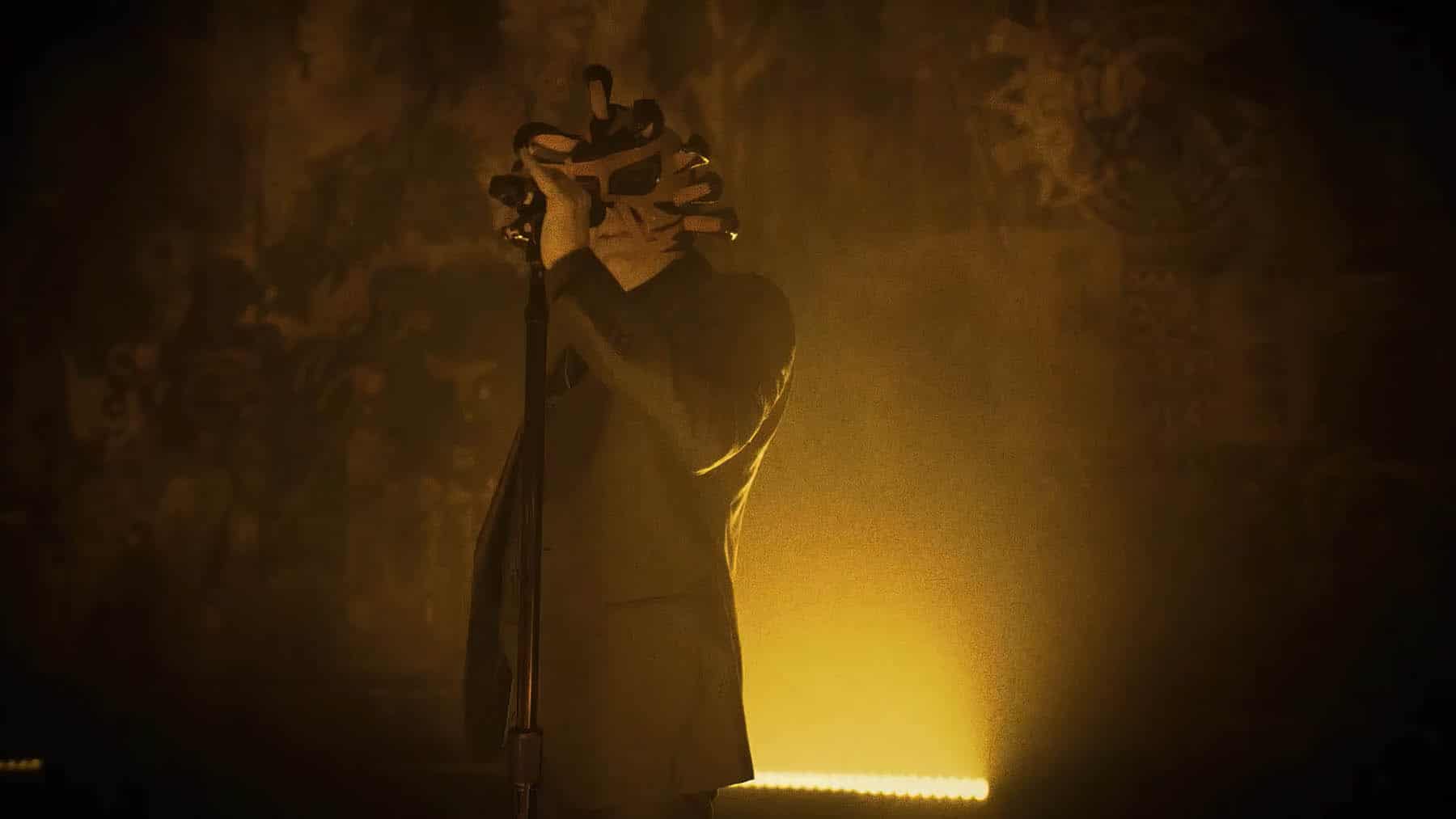 From changing costumes and emotive personalities to crisp production throughout, “Billy D and the Hall of Feathered Serpents Featuring Money $hot” is the whole package. Beyond imagery alone, the acoustic experience is brilliantly smooth without any audible hiccups. This playthrough of “Money $hot” has been carefully curated to expound on the album’s strength while still tying in the story which began in “Live at Arcosanti.” Artistic in both performance and in delivery, Puscifer’s dedicated presentation and mastery over the art of Covid concert is the perfect vehicle for one of rock’s most unique propositions. 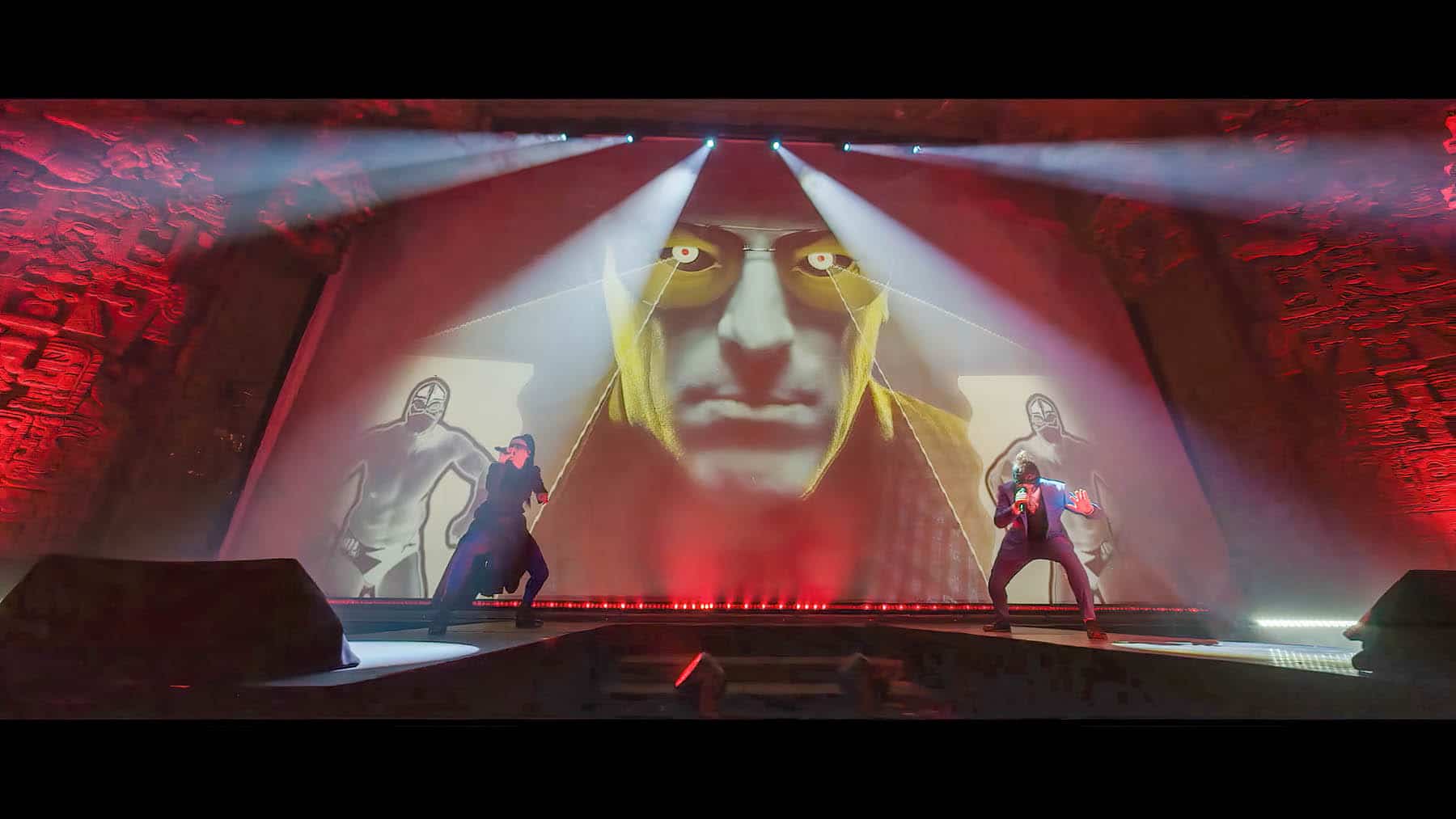