Singer/guitarist/songwriter Myles Kennedy is quite a busy man these days. In between recording and touring cycles as a member of the very successful hard rock band Alter Bridge, Kennedy takes care of vocal duties in Slash’s backing band, Myles Kennedy and the Conspirators. On top of that, he has somehow managed to find the time to record his first ever solo record, titled Year Of The Tiger. The album is quite a departure from his hard-rocking discography, and its creation appears to have given Kennedy some room to stretch out his “musical muscles” and try something new. The result is a very personal, musically diverse offering with deeply personal lyrical content related to the passing of his father when he was very young. This is definitely “heart on your sleeve” material.

Kennedy and his band mates – bassist Tim Tournier and drummer Zia Uddin – greeted the crowd at Atlanta’s Center Stage theater with smiles and waves. A single, large, black banner with his tour graphics hung behind the trio; stage lighting was kept to a minimum. No “big rock show” theatrics were needed, as the emphasis here was strictly on the music.

The setlist played as a Myles Kennedy musical resume, with song selections spanning his entire career. He played ten songs off of Year Of The Tiger, and I was surprised at the wide range of musical genres I picked up on within each song. Elements of country, rockabilly, folk, blues and jazz were all evident, and all were played on a series of really sweet, classic guitars. The bluesy slide riffs during “Blind Faith” were amplified by a steel resonator while the solo in “Haunted By Design” received the “classic” country treatment, aided by the twangy tone that only a Fender Telecaster can deliver. The one-two punch of the Alter Bridge songs “Lover” and “Watch Over You” were delivered acoustically, highlighted by Kennedy’s vocal range and flawless delivery. 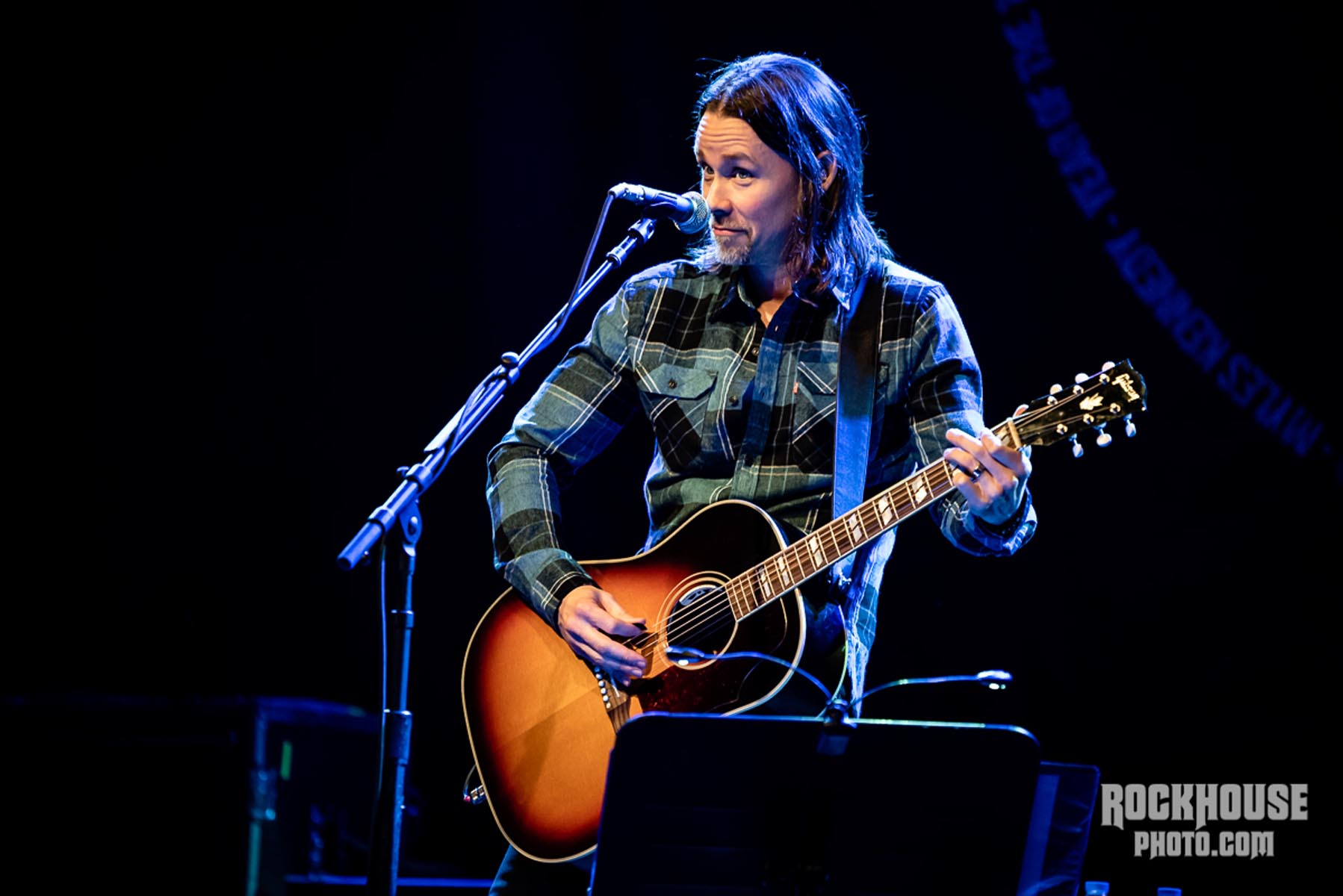 In a night full of so many positives there was only one negative, and while it was minor, it’s worth mentioning. The band performed a very “interesting” version of the Iron Maiden classic “The Trooper.” Now, I love Iron Maiden as much as the next metalhead, and I’ll give him an “A” for working up a new arrangement, because nothing chaps my ass more than bands who do cover songs that sound exactly like the original, but in this scenario I don’t think it worked. The fans loved it (especially when they sang along with the “Oh-oh-oooh…” chorus) so I guess that’s a win, but I think I’d rather hear another of Myles’ originals.

Undoubtedly a fantastic night of music skillfully delivered by only three guys on stage, it’s no wonder Myles Kennedy is so highly regarded in the music community. He’s a complete musician who is not only a great singer and guitarist, but also a talented songwriter who does what any good artist does: he fearlessly digs down deep into his soul, his heart and his emotions to create the best art that he can.

Going Down (Freddy King‘s Cover) / Love Can Only Heal