Making their way across the United States in a relatively short tour that promised to pack a heavy punch, co-headliners Motionless in White and Beartooth were due to warm venues across the country with a night of non-stop shredding. Under the name of the Diseased and Disguised Tour, Motionless in White aimed to promote their fifth and newest album, “Disguise,” which came out in June of 2019. Contributing to the former half of the tour’s moniker was Beartooth’s third album, “Disease,” which came out in late 2018. Both bands boast strong American roots, with homes in Ohio and Pennsylvania respectively, and match one another in raw aggression and infectious enthusiasm to make for a bill that promised exhaustively energetic shows. True to the name of a co-headlining tour, both bands brought with them full set-lists that spanned well over an hour, each moment filled to the brim with unstoppable intensity. Their journey across the country lasted almost a month, and the momentum continued all the way through the last stop on their tour, when they came to play at Revolution Live in Fort Lauderdale, Florida as January was drawing to a close. 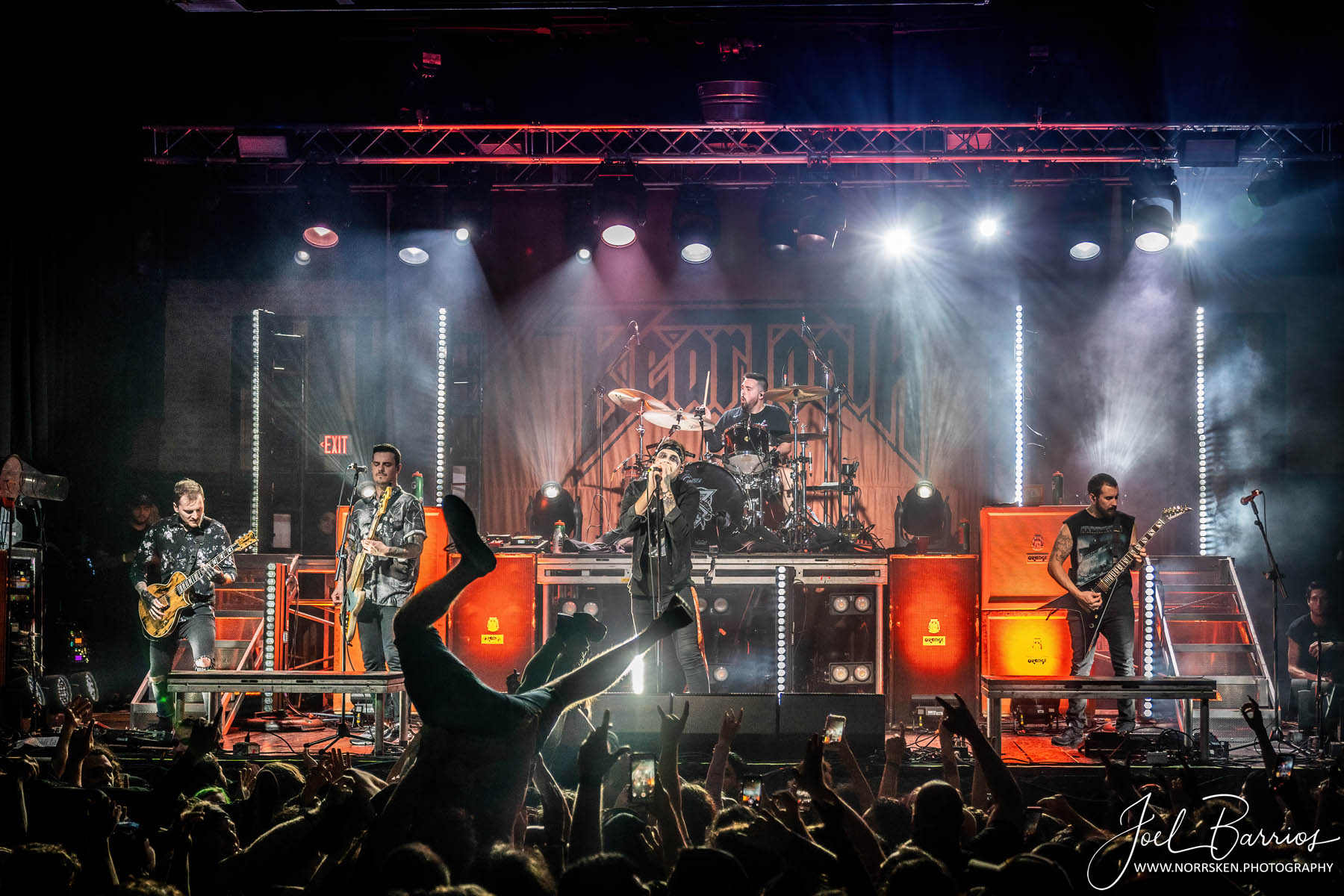 First to entertain was Beartooth, welcomed with white lights strobing across a darkened stage and a cacophony of screams. The stage itself was built into an impressive multi-tiered array of platforms, stairs, and sound equipment, promising a vast expanse for the musicians to traipse throughout the night, and rows of lights to illuminate from every direction. Opening with “The Lines,” vocalist Caleb Shomo greeted the crowd just briefly before launching into the speed-driven song, lights bathing the band in hues of red and green as they hit verse after verse with high-speed, methodical precision. Throughout the night Shomo made most of his vocal deliveries from the very front edge of the stage, using platforms to lean out far above the sea of eager hands that reached up towards him. Though he took to the stage with a vibrant and fiery persona, it seemed the crowd needed no prodding to engage with the music: throughout “Hated,” and a number of the set’s other songs, the audience carried the punchy choruses with an unwavering choir of shouts. Encouraging the crowd to sing with him repeatedly throughout the night, Shomo seemed more than enthusiastic to let the fans carry Beartooth’s indomitable spirit with their own voices. In doing so, he gave guitarists Zach Huston and Kamron Bradbury plenty of room to breathe as they shredded through song after song. 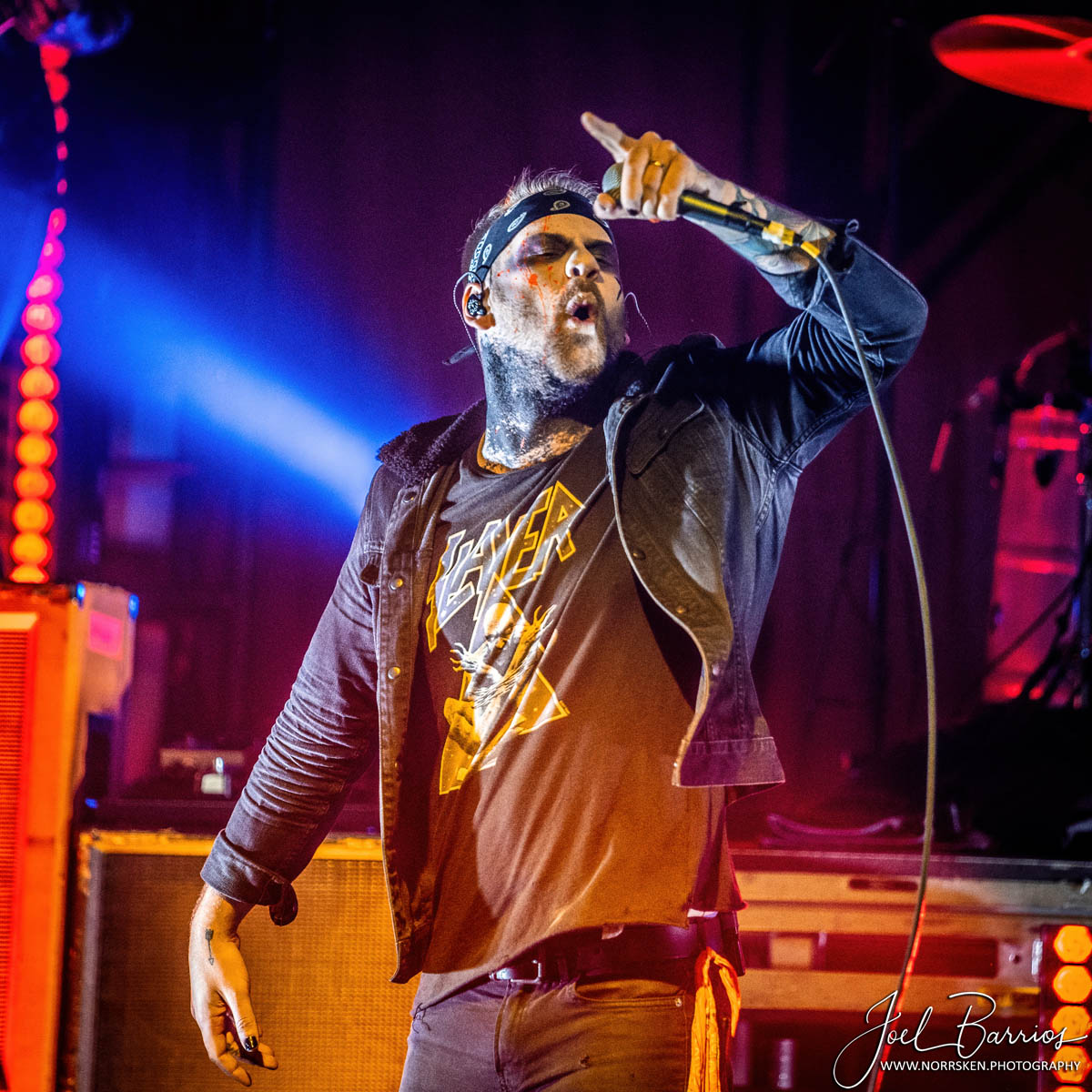 As though the aggressive singing were not enough, the heavy punk roots that weave throughout Beartooth’s work spurred incredible motion among the crowd. Each of the eleven songs was filled with an incessant jostling of bodies beneath bright red lights, enthusiastic crowd surfing that seemed almost endless, and jumping along at Shomo’s insistence. Propelling the energy and keeping the tempo was the indomitable and unceasing contributions from drummer Connor Denis, who also had the opportunity to demonstrate his might during a drum solo in “Bad Listener.” The youthful energy and anger that encompasses Beartooth’s in-studio sound translated to pure exuberance in a live setting, positivity that radiated as each musician took their turn running up to the top platform where Denis’s drums were stationed, or on the equipment at the edge of the stage to overlook the crowd. 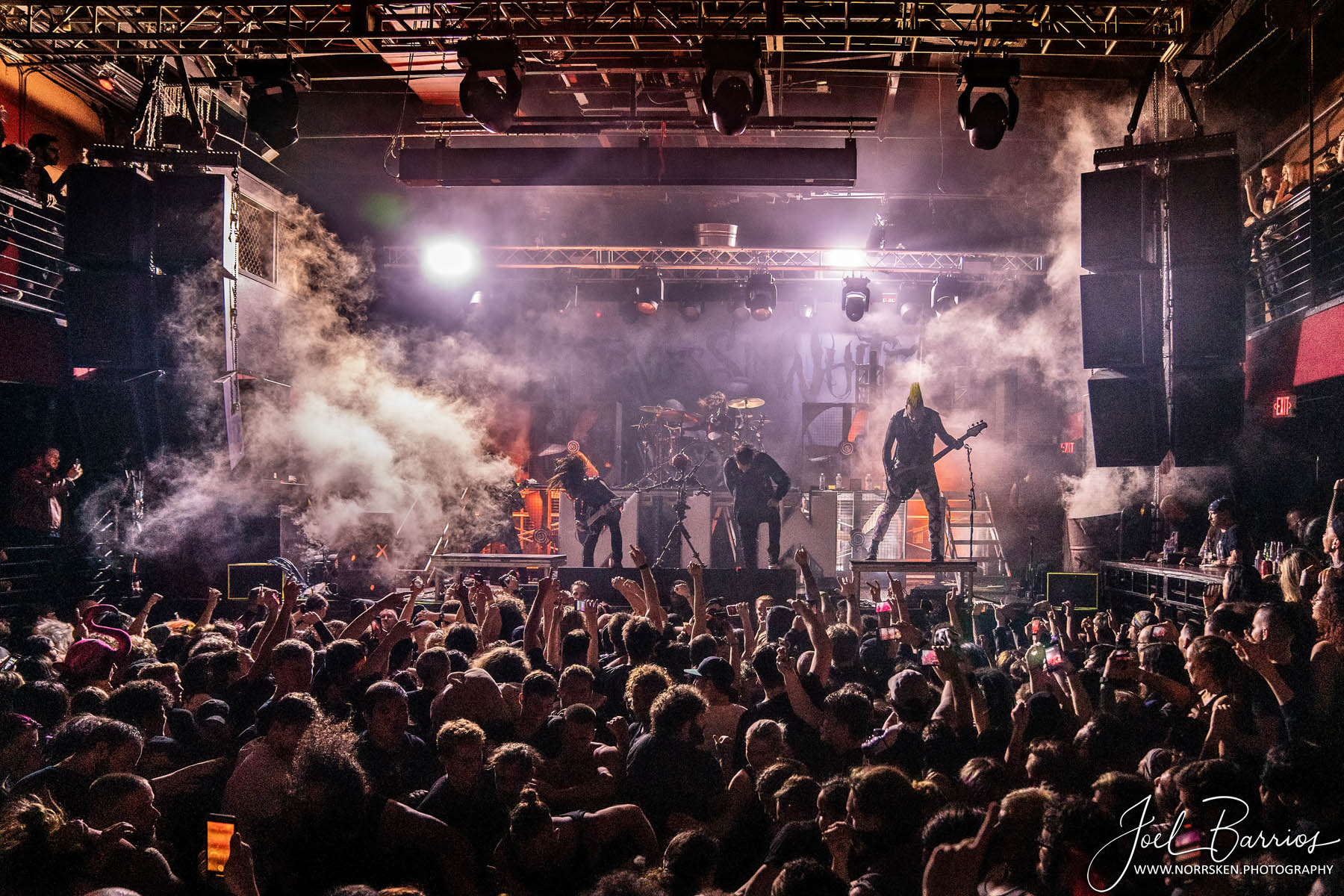 Though the stench of sweat and near exhaustion hung in the air following this opening set, Motionless in White had a twelve-song set prepared to enthuse the gathered masses for more than an hour to come. Now with a stage covered with boxy fans and glowing towers, the American metal icons came before the audience in a procession under the daunting glow purple and white, and began a set that focused more strongly on metal’s unforgiving bite than the rousing excitement of punk and hardcore. Striking hard and fast, vocalist Chris Cerulli wasted no time setting the atmosphere for their performance, screaming into his microphone with near reckless abandon. Spinning and headbanging in the same breath, guitarists Ricky Olson and Ryan Sitkowski seemed as though they were set on wringing the souls from their bodies on the final stop of the extensive tour. The set opened with title track “Disguise,” which was the first in a set-list that heavily sampled from their new album, comprising about half of the songs that they performed throughout the night.

Drawing from new material seemed to fuel their on-stage performances, which came with a choreographed synchronization, heads hung low and hair flying, vocals growled with near-studio precision in time with the music. Halfway through the set was when Motionless in White played fan-favorite “Reincarnate,” which Cerulli seemed to perform with the most heart of the night, almost oblivious to the strobing chaos of the lights as he poured his all into the vocal delivery. To add to a daunting stage presence were two towers casting smoke across the stage and into the audience like a shroud, adding a dense atmosphere to music came close to suffocating with an aggressive bass presence. Shining with charisma and love for their art, Motionless in White had a final surprise when Shomo was welcomed back on stage for a role in the performance of “Brand New Numb.” 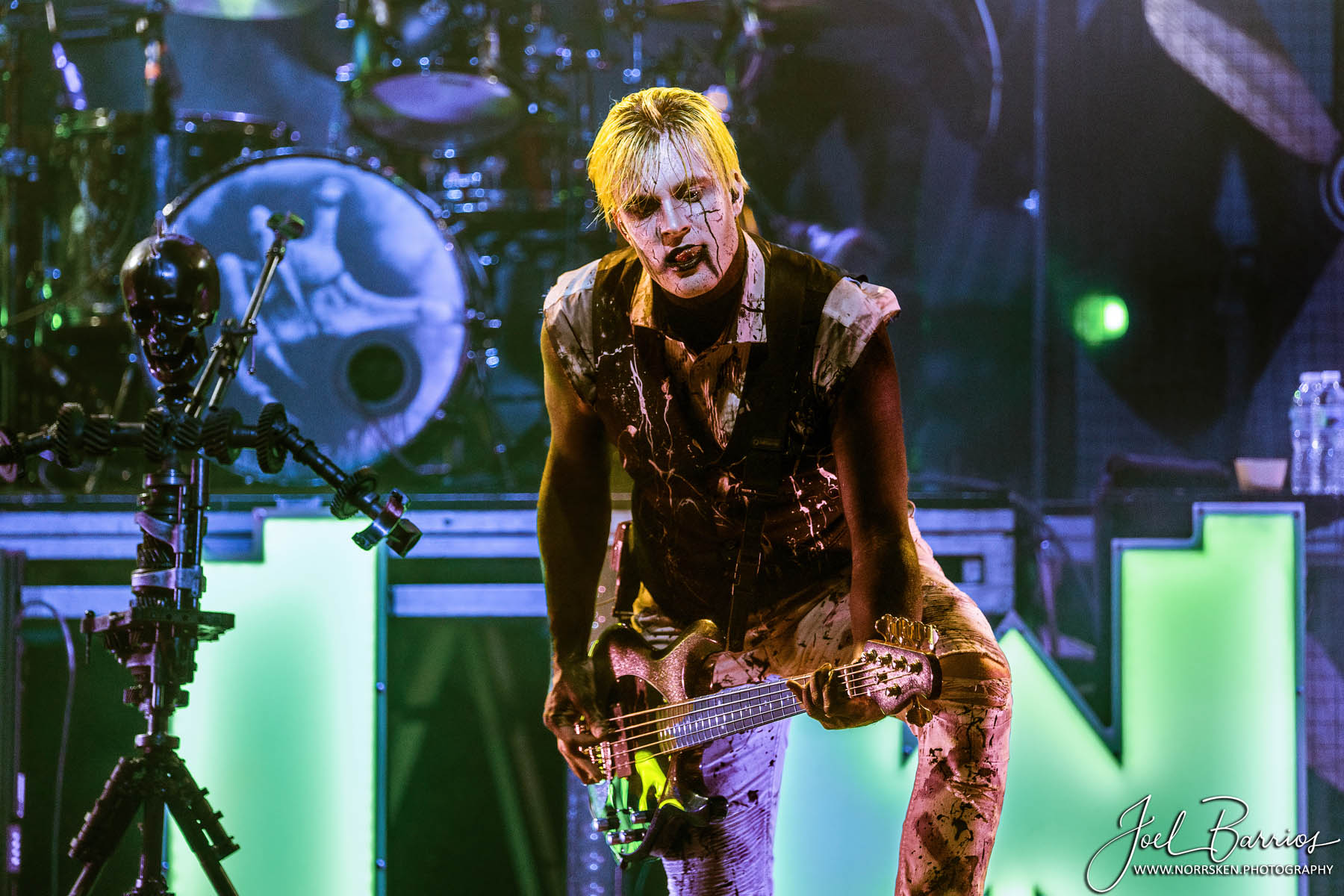 Balancing with music and longtime fan-favorites, Motionless in White proved they have a well-earned place in the American metal scene after fifteen years in the business, and have established an on-stage chemistry that allowed five musicians to relentlessly push themselves through a performance that never let up in speed or intensity. Confidence exuded from their polished, and calculatingly chaotic show, becoming the match that lit a flame of energy in a night of undying screams, passionately shouted choruses, and cacophonous voices from an adoring crowd that called for them to return to the stage long after the lights had gone down and they had taken their final bows.