Unbeknownst to many followers of the genre, Marbin is a progressive jazz-rock band based in Chicago, Illinois. They have been labeled as one of the hardest-working and most motivated and driven independent bands in the world today, and rightfully so if we consider they have performed over 1000 shows during the course of the last four years. The band’s core spins around Israeli guitarist Dani Rabin and Israeli saxophonist Danny Markovitch Slor. Since 2008, Marbin has been performing all over the United States, playing tirelessly with the accompaniment of local drummers and bassists from Chicago, making them one of the busiest bands in the States.

They have released six albums: Impressions of a City (2009) as part of Paul Wertico’s Mid-East/Mid-West Alliance, and five under the name Marbin: Marbin (2009) as a duo, Breaking the Cycle (2011) with drummer Paul Wertico (Pat Metheny Group), bassist Steve Rodby (Pat Metheny Group), and Jamey Haddad (Paul Simon), Last Chapter of Dreaming (2013) with its touring band and an array of thirteen guests, The Third Set (2014), a live album recorded on tour in the Midwest and Aggressive Hippies (2015) with the help of Greg Essig (drums) and John W. Lauler (bass).

I first came in contact with Marbin’s music through the personal recommendation of Leonardo Pavkovic, the owner of Moonjune Records and Management, the record label Marbin is signed to. At that time, they had released their sophomore effort Breaking the Cycle (2011) which was coincidentally their first for Moonjune Records. That album is a great mix of fusion, prog-rock, jazz, folk and ambient music, the band’s lithe interplay is sensitive and organic – creating moments of surreal beauty. Rabin and Markovitch displayed a chemistry, depth and maturity second to none, interacting on an almost subconscious level producing music subtle, intuitive and with a natural flowing. Needless to say I immediately fell in love with the band and continued following their subsequent releases, hoping for them to come to South Florida to be able to witness their acclaimed live shows. 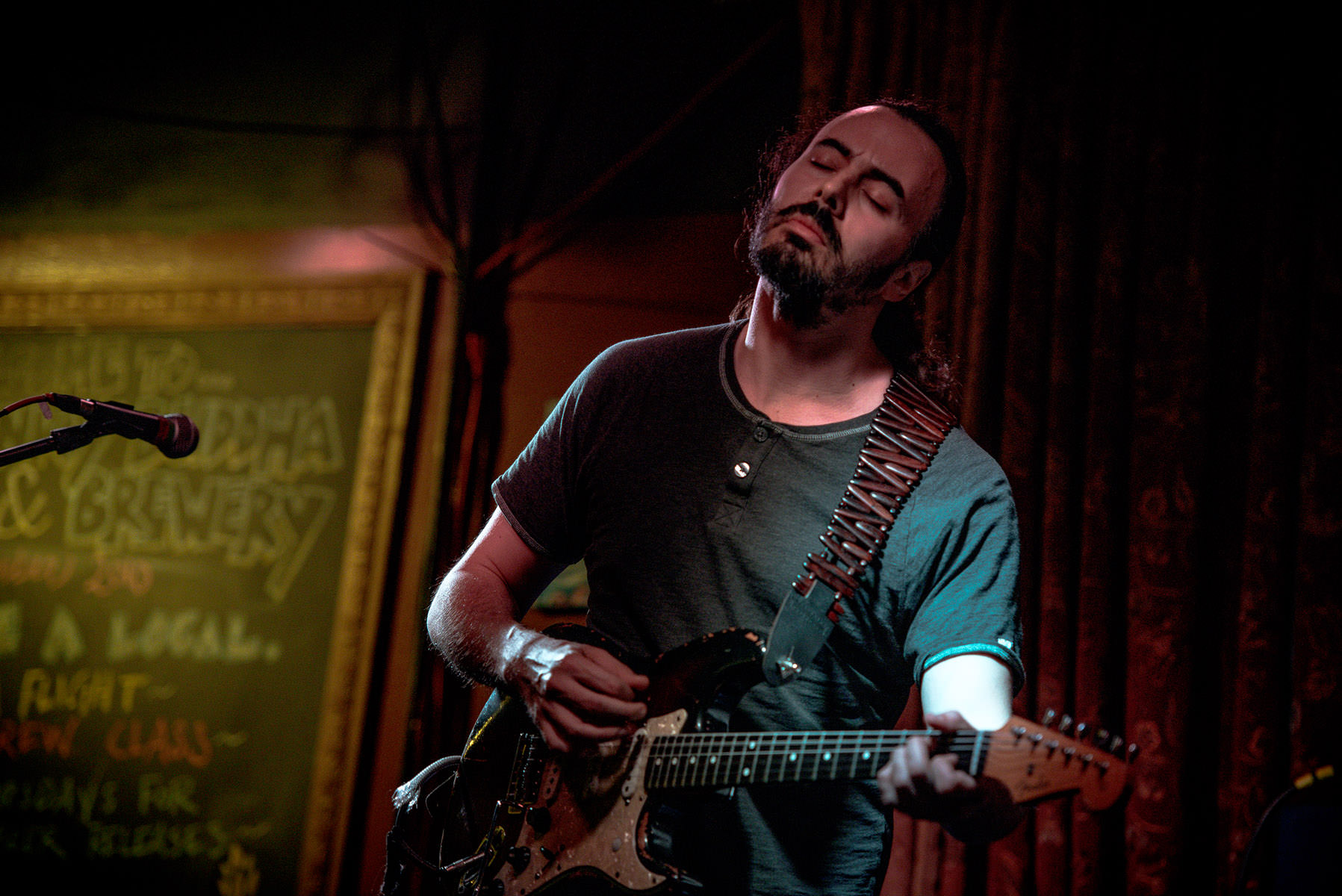 My wife and I arrived to The Funky Buddha Lounge and Brewery, a distinctive place with a peculiar atmosphere, warm earth colors, amazing artwork created by local artist adorning the corners, comfortable couches and soft pillows everywhere and even a light smell of flavored shisha drifting through the air. It seemed the perfect spot to sit down and enjoy a locally brewed beer, so we did while waiting for Marbin to take the stage.

The band appeared around 9:45 pm climbed the stage and began playing the first tune, and immediately the electricity flew through the air. Marbin’s music is hard to describe—it is a unique blend of inventive rock, unpretentious, from-the-heart jazz, and emotionally-charged blues (and even a hint of bittersweet, melodic Eastern European folk). Their songs are engaging and their performances are riveting. Dani Rabin’s guitar work is world-class, his chops have never been more hard-hitting, emotional and convincing, with blazing legatos lines and melodic phrasings, evidencing a sustained musical growth. He’s not the typical fusion guitarist you would come to expect, he serves up a deadly breadth of styles and textures making his sound unmistakably and stunning. His partner in crime Danny Markovich provides the perfect complement: he plays his sax with a fervor and energy like you’ve never seen before, mixing velvety-smooth lines with articulated tones, bringing a jaw-dropping interplay and a remarkable innovative flair to the band’s trademark sound. The band is like a non-stop train, with a more than ever cohesive sound, energized and superbly-enthralling, and the backbone rhythm section creates the perfect rock-solid grooves to round up their sonic-avalanche.

The songs fell one after another, with the audience applauding after each one and Dani Rabin cracking jokes and anecdotes about how the song titles came to be. They were enjoying the night as much as we were, entangling our senses in their no-holds-barred, sonic feeding frenzy and scalding live set, performed with unparalleled intensity. I couldn’t stop smiling throughout the whole show. I was beholding the perfect testimony of a band in peak form and firing on all cylinders, pushing their music to the absolute limit, while keeping themselves true to their nature. A real epitome of genre-defying group of musicians.

If you like progressive-jazz rock and want to discover a band you will not stop listening to, just go to a Marbin’s show or buy any of their latest CD releases. You’ll find yourself trapped, like when reading a great book that you can’t seem to put down and you never want to end. You’ll discover a band that propels their creativity forward, taking many small sections and constructing their songs out of them, breaking the usual melody-solo-melody pattern and hence reinventing themselves. These gentlemen are pulling all the stops and if continuing like this they are meant to become one of the greatest acts to ever emerge in this genre. Make no mistake, Marbin is in town.