This is the continuation of a chronicle of which you can read the first part here.

While waiting in the photo pit for the Epica show to begin, I thought it would be hard for them to top-off the Lacuna Coil’s ravaging performance. The stage had been modified and now showed two metal-made elevated platforms on each side towards the back, connected one to another, with the drum-kit spot buried between them. Their front sides aiming at the crowd held a myriad of luminescent spots I figured would be strobe lights. Suddenly the light dimmed and the strobes came to life inundating the stage with a purple lightning. The album opener “Eidola” filled the airwaves with its sinister, atmosphere-building notes and 4/5 of the band emerged from the darkness, with Mark Janssen (guitars) and Coen Janssen (keyboards) taking the left side, the latter on top of the metal podium in the back, meanwhile Isaac Delahaye (guitars) and Rob Van Der Loo (bass) did the same to the right side and Ariën van Weesenbeek came out and took his place behind the kit. The first chords of “Edge of the Blade” kicked the night off and the beautiful and talented Simone Simmons made presence, taking the center elegantly dressed in black leather. From that moment on, Epica took on the reigns for the rest of the night. 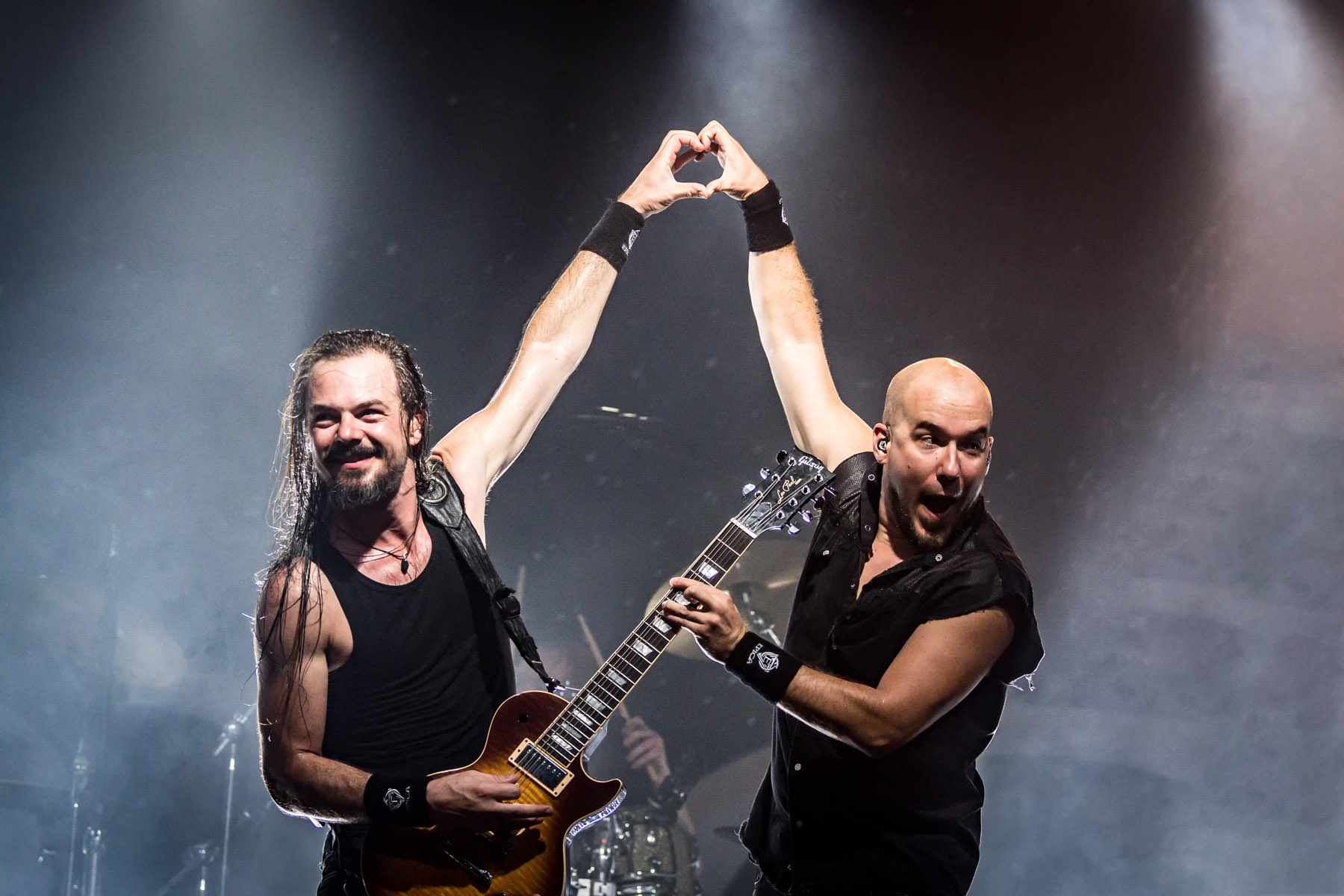 Epica playing at The Revolution Live

With the band recently releasing their recent EP and their previous full-length album “The Holographic Principle”, the set-list heavily relied in the newest material, also including much older tracks like “Sensorium” from their 2003 release “The Phantom Agony”. Accustomed to deal with poor lighting conditions during live shows (what concert photographer hasn’t suffered from this), I was pleasantly surprised to behold their well-staged presentation, with a very dynamic use of lights and colors, making the show to look really high-end, even within the limitations of the live club. The live sound mix was also on-point, rounding up the visual experience in a perfect way.

If Lacuna Coil had left The Revolution Live of fire, Epica simply devastated the place. I am yet to find another combination of two bands of similar styles touring together, which such a commanding, impeccable, formidable, non-stop ass kicking show. Simone Simons is one of a kind front-woman, her presence on stage is extremely elegant yet powerful and mysterious (She’s easily one of the top female metal vocalists on the planet, probably in a selected group with Floor Jansen and Tarja). She moved across the entire area and used all the space to connect with the fans, offering an impeccable vocal delivery effectively paired with Jensen’s brutal growling.  On the other hand, her bandmates are one of most energetic and interactive collectives that I have had the pleasure of seeing live thus far, and it was extremely refreshing to see just how much fun they appeared to be having with each other and the audience. At any given time, they were headbanging like possessed souls, jumping up and down and approaching the barrier making faces at the front lines, switching sides between them or pretending to be messing with each other’s instruments, a successful chemistry that impresses like they are a big family just enjoying themselves while doing what they love, always moving around and never appearing to tire or falter. It is always an intimidating task to keep the crowd engaged when you are the four act in the bill, and they expertly waded through those waters, squeezing up to the last once of energy and sweat from the ones in attendance, by simply offering them with an epic night of metal. After seeing Epica live, it is very hard to not find some love for the music and their performance, and I’d gladly pay to see them next time they are in town.

Sancta Terra / Beyond the Matrix / Consign to Oblivion