The traveling heavy metal circus known as the Knotfest Roadshow, created and hosted by the masked metal juggernaut Slipknot, arrived at Atlanta’s AmerisBank Amphitheatre on September 3rd to a full house of “maggots,” the term used to affectionately describe the band’s rabid fan-base. For the past several years Slipknot has hosted a multi-band concert known as Knotfest, and decided that this year they would take it out on the road, bringing with them three of the most popular bands in hard rock/heavy metal. Rounding out this inaugural roadshow tour lineup were the extreme metal band Behemoth; the Danish hard rock act Volbeat and the French metal band Gojira. As we were escorted out of the venue after the first three songs of each opening band I can’t comment about their performances, even though I managed to score some great images which you can enjoy below. 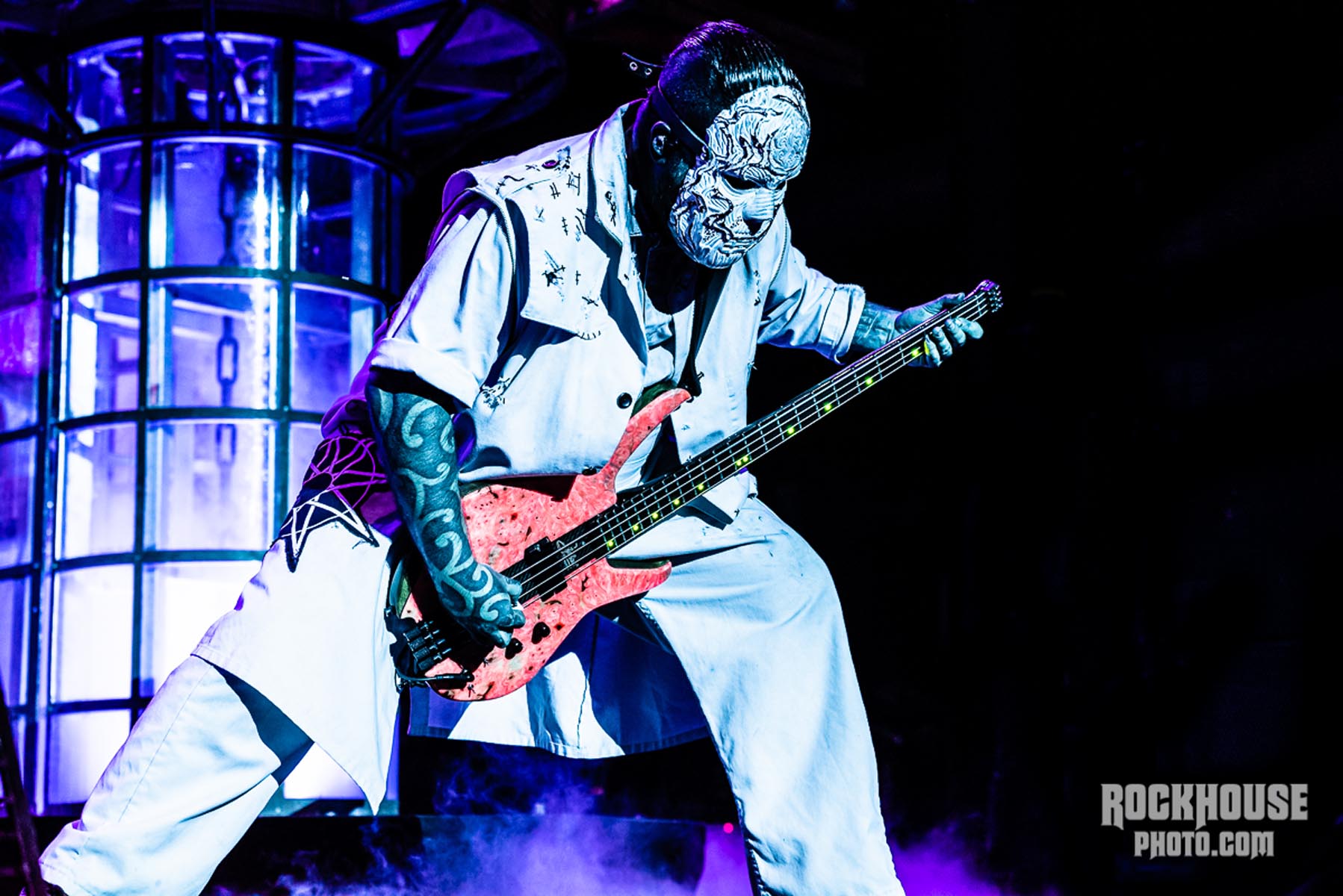 Lead singer Corey Taylor and guitarists Jim Root, Mick Thomson and Alessandro Venturella (bass) emerged on stage after the giant Slipknot-branded curtain hanging in front of them was whisked away up into the rafters, as the band launched into their anthemic shout-along “People = Shit.” At first glance, the band’s stage production looked enormous, even by Slipknot standards. A double-tiered riser ran the width of the stage and housed drummer Jay Weinberg’s kit, plus the keyboard set-ups for both Sid Wilson and Craig Jones. Each side of the riser was connected to one of the the now iconic beer keg drum perches for Shawn “Clown” Crahan and, well, “Tortilla Man.” For the uninitiated, “Tortilla Man” is the still unnamed drummer who recently replaced long-time drummer Chris Fehn. There was a large horizontal LED screen directly behind the drum riser, and then an accompanying LED screen higher up in the lighting rig, separated by a bank of lighting. Every other nook and cranny of the stage housed rotating lights, fans, smoke cannons, audience blinders, flamethrowers and flash pots. When you multiply together all of that firepower with nine guys in masks running around the stage playing metal at high volume, you get one dizzying, disorienting, non-stop audio visual experience, Slipknot-style. 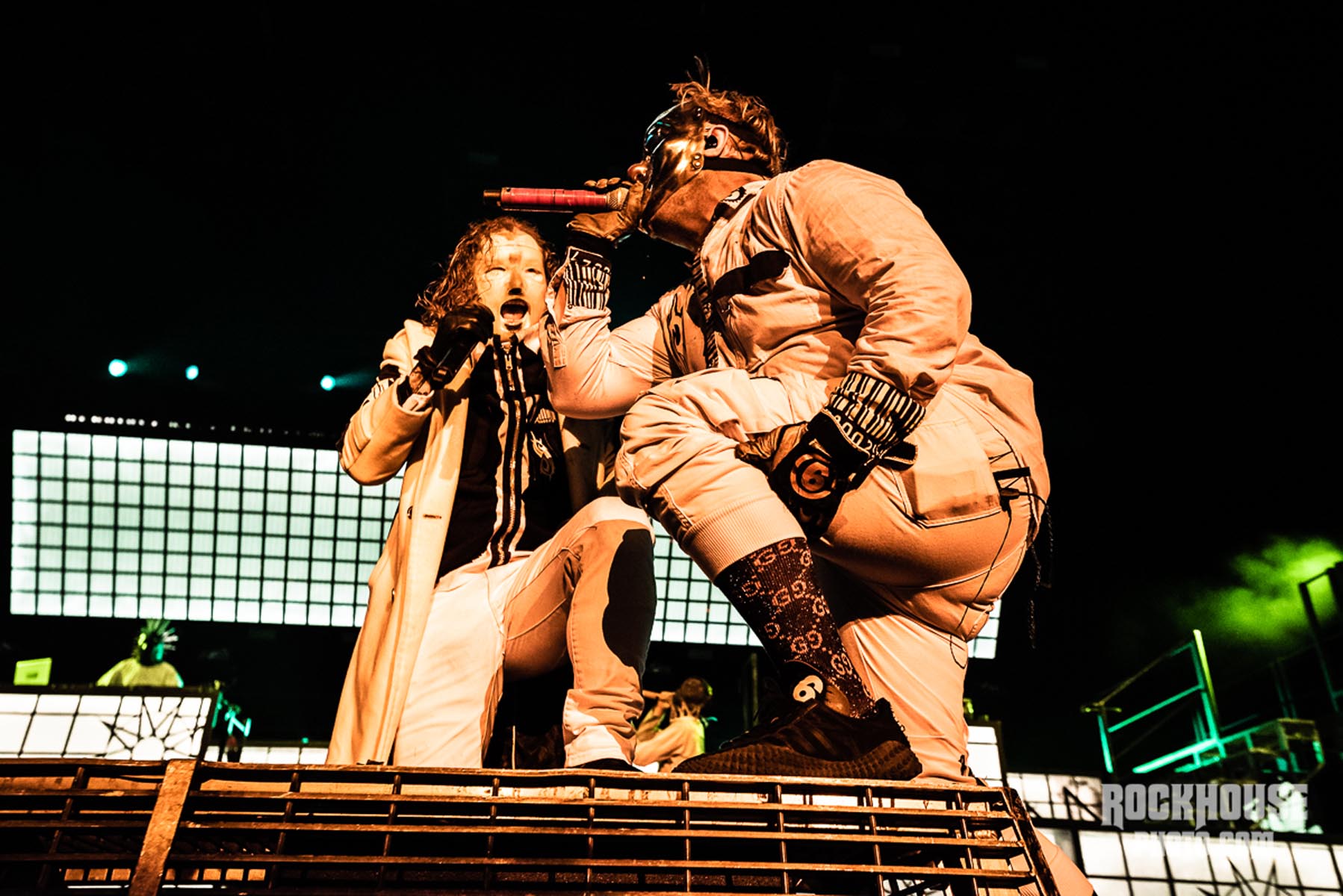 Musically, the band appeared to be in top form and hit the ground running, ripping through “People = Shit,” “(sic)” and “Get This” in no time at all. The angelic background vocals of “Unsainted” created just enough time to catch your breath before the head-banging began again when the song found it’s groove in the verse. The Grammy-Award winning song “Before I Forget” from the band’s 2004 album Vol. 3: The Subliminal Verses was a standout track in the set, aided by an audience call-and-response shout-along. The spooky vibe of “Solway Firth” from the band’s latest album We Are Not Your Kind eventually exploded, aided by several blasts of pyro and Tortilla Man ’s beer keg accents.

The second half of the set-list contained several Slipknot standards like “Psychosocial” and “Vermillion,” while “Wait and Bleed” morphed into “Sulfur,” which ended with a bang. Actually, it ended with eight bangs, each concussion sending a huge plume of smoke into the air. The relentless pounding of “All Out Life” and “Duality” brought the set to a closure as Clown beat on a beer keg with a baseball bat that was on fire. After a short wait, Slipknot reemerged on stage to play a two song encore from their groundbreaking debut. “Spit It Out” was the proverbial “left hook” and the brutal “Surfacing” was the knock-out punch, finally sending the sweaty throngs of Atlantan’s home, ears ringing and necks hurting. 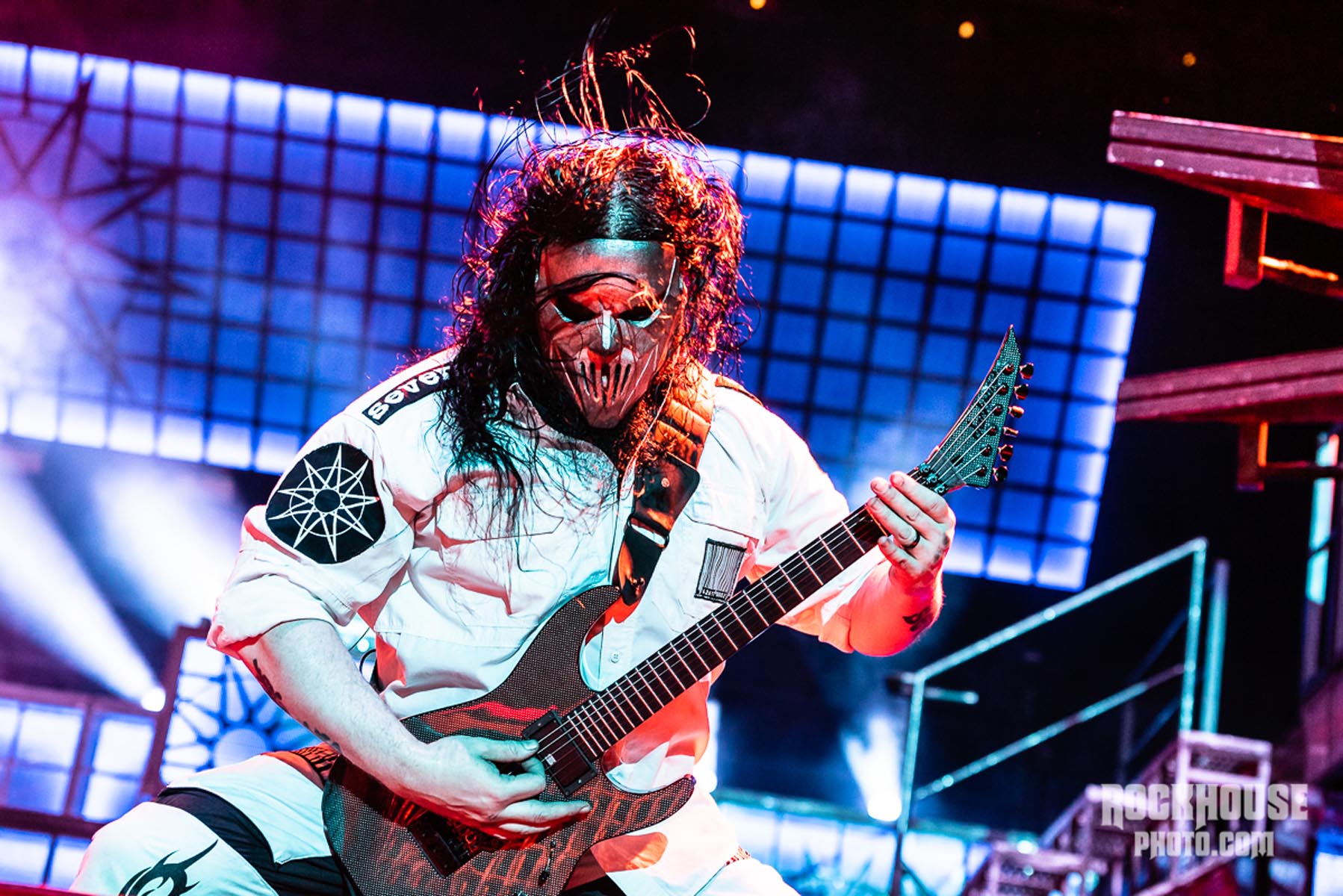 If you missed the 2019 Knotfest Roadshow US Tour, then you’re either going to have to wait until next year… or the year after, or travel to Columbia in December, or Europe in early 2020 for the next two installments of this massive undertaking of unadulterated metal.

Spit It Out / Surfacing