The beast is back on the road! IRON MAIDEN kicked off the 33-city North American leg of its “Legacy Of The Beast” tour last night (Thursday, July 18th) at the BB&T Center in Sunrise, Florida. The 16-song set mimicked what they have been playing thus far, including a number of classic IRON MAIDEN cuts, such as “The Trooper”, “Fear Of The Dark”, “Hallowed Be Thy Name” and “Run To The Hills”, as well as rarely played before tracks like “Flight Of Icarus”, “Sign Of The Cross” and “The Clansman”. The official video for the opening night can be seen below, along with some photos taken from the audience.

We could try to describe how the night went down, but The Times (U.K.) newspaper did so in perfectly fashion when they wrote months ago: “… The magic equation at the heart of IRON MAIDEN’s work is virtuosity plus velocity equals intensity. This is, above all, a spectacle. Maniacs of the pyro and necro varieties will have had their appetites for fireworks and giant cartoonish corpses well sated. It’s an extraordinary show filled with world class theatrics… a masterclass in performance and staging…” 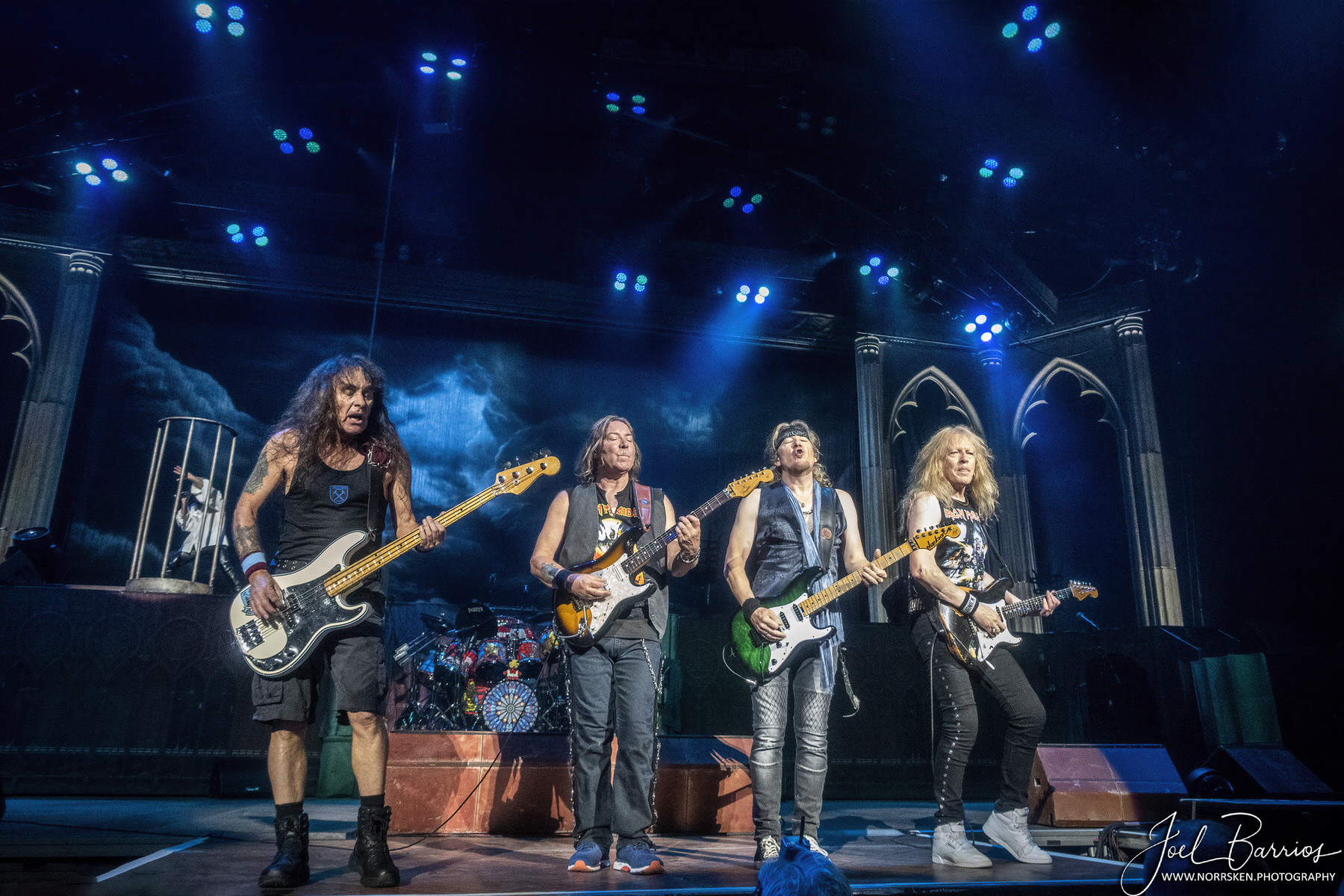 The concept for the “Legacy Of The Beast” tour was inspired by MAIDEN‘s mobile game and comic book of the same name. The stage set design features a number of different but interlocking “worlds” including a Spitfire buzzing the stage during the opening number, “Aces High”. The plane is a 90-percent-sized replica of an actual Supermarine Spitfire Mk Vb registration number AA 853 from 302 Squadron that saw active duty in 1941. The first leg of the “Legacy Of The Beast” tour opened in Europe last year to outstanding critical acclaim, not just by the 750,000-plus fans who came to see the show but right across national press and rock media.

Support on the North American leg of the “Legacy Of The Beast” tour comes from THE RAVEN AGE. Additionally, FOZZY will be guests for the Banc Of California Stadium show in Los Angeles. The night set-list was as follows: