Though they may hail from the cold clutches of the north, Swedish heavy metal band In Flames had no trouble setting stages ablaze this fall as they brought their talent to long-waiting American fans. Supporting their latest release, “I, the Mask,” In Flames took an extensive tour of North America that spanned almost two months of octane-fueled excitement. This intense schedule included travelling down to the far reaches of Fort Lauderdale, Florida, part of a much larger journey to enthrall fans of rock and metal alike. Though “I, the Mask” came out in early March 2019, the continued enthusiasm for the band’s timeless work was apparent as Florida’s Culture Room filled with an increasingly eager audience on the night of December 14th. 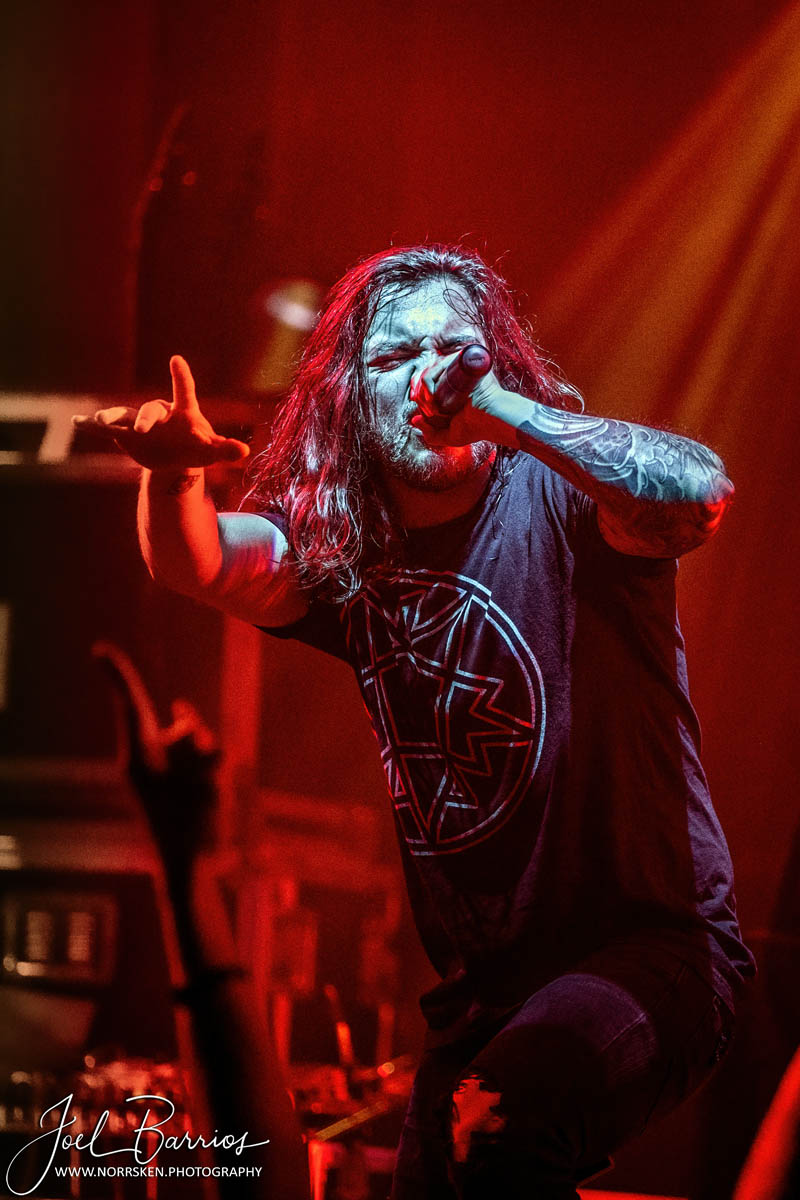 Arrival of Autumn turning Culture Room into a metal fest

Beginning the night was Canadian metacore act Arrival of Autumn, a band that has openly announced the influences In Flames had in building their style. If they were nervous to share the stage with one of their idols, it was impossible to tell past their beaming smiles and warm reception. Having released their sophomore album “Harbinger” earlier this year, supporting the Swedish titans was the younger act’s first opportunity to break out on the big stage. From the moment they dug into their first track, it was clear that Arrival of Autumn was determined to not go unnoticed, and used every minute allotted to them to fill a jam-packed setlist. Vocalist Jamison Friesen didn’t hesitate in pushing himself to the very edge of the stage, reaching out to the audience and screaming with confident enunciation, though he kept his banter to a carefully measured minimum. The rest of the band, namely guitarist Brendan Anderson and bassist Kevin Student, were in an unbreakable rhythm with one another, headbanging in near perfect sync throughout deep bass lines. Aggressive music contrasted against their somewhat tempered demeanor, matching the atmosphere of a crowd that was beginning to stir at the first sounds of metal meeting their ears. Warm personalities and novice charm propelled Arrival of Autumn to memorable heights even across their brief thirty minute set, and paved the way for the night’s headliner. 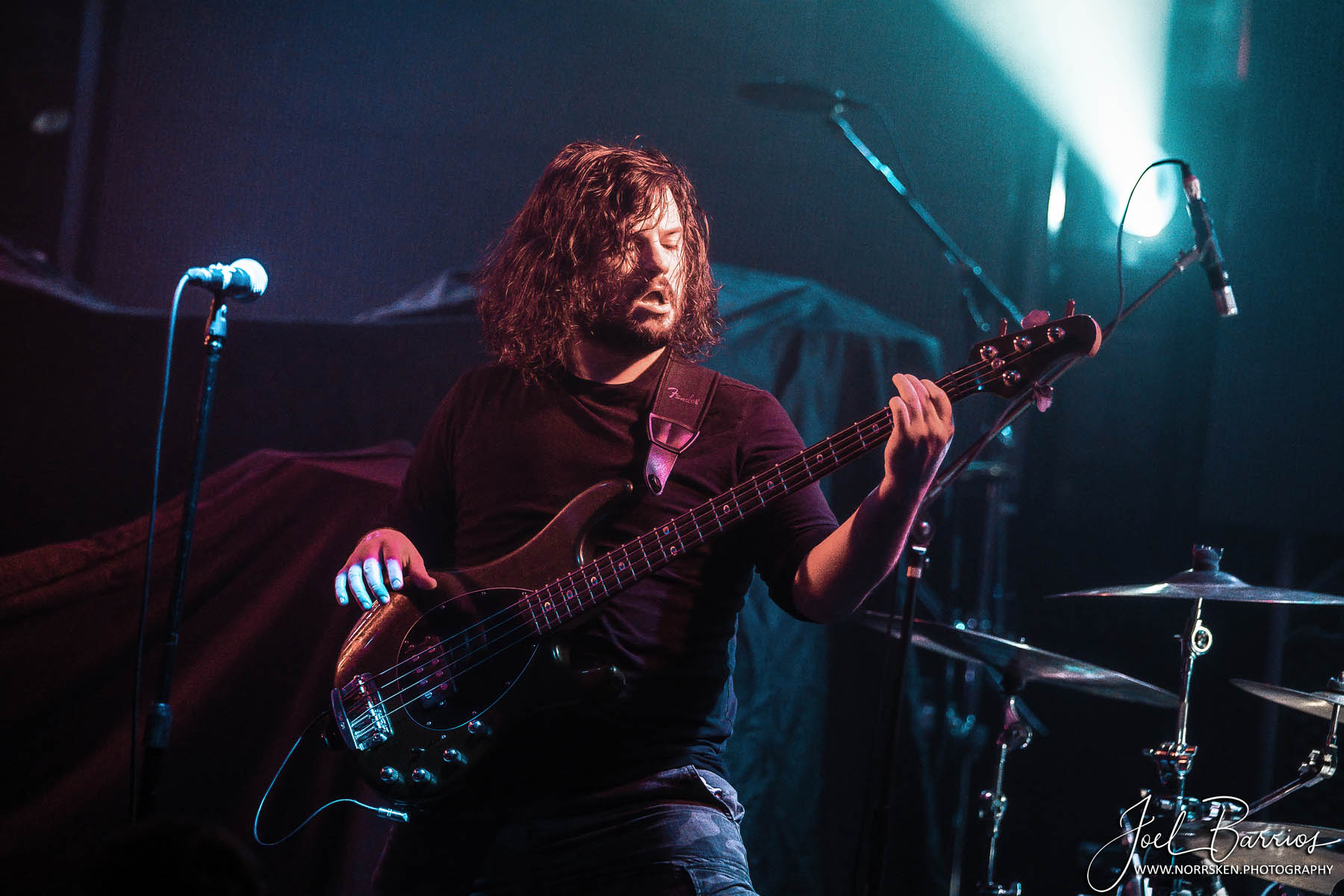 After almost three decades of writing and performing music, In Flames has their craft down to a science. Their performance in the Culture Room proved to be no exception, impressing in both their stage presence and in a stunning set-list that carried the crowd from new material, to deep tracks, then back to some of their most popular works. It was with some of their most renowned tracks that the weathered Swedish musicians began the night with, playing “Only for the Weak” in quick succession after opening with “Cloud Connected.” Rather than a rash attempt to evade an encore, this decision to dig in with their brightest pieces lit an unquenchable fire in a crowd that had quieted over a long set change. Anders Fridén had absolute command over the room with the mic grasped firmly in his hand, mouth parted in a grimace as he roared, but eyes alight in unmistakable excitement. 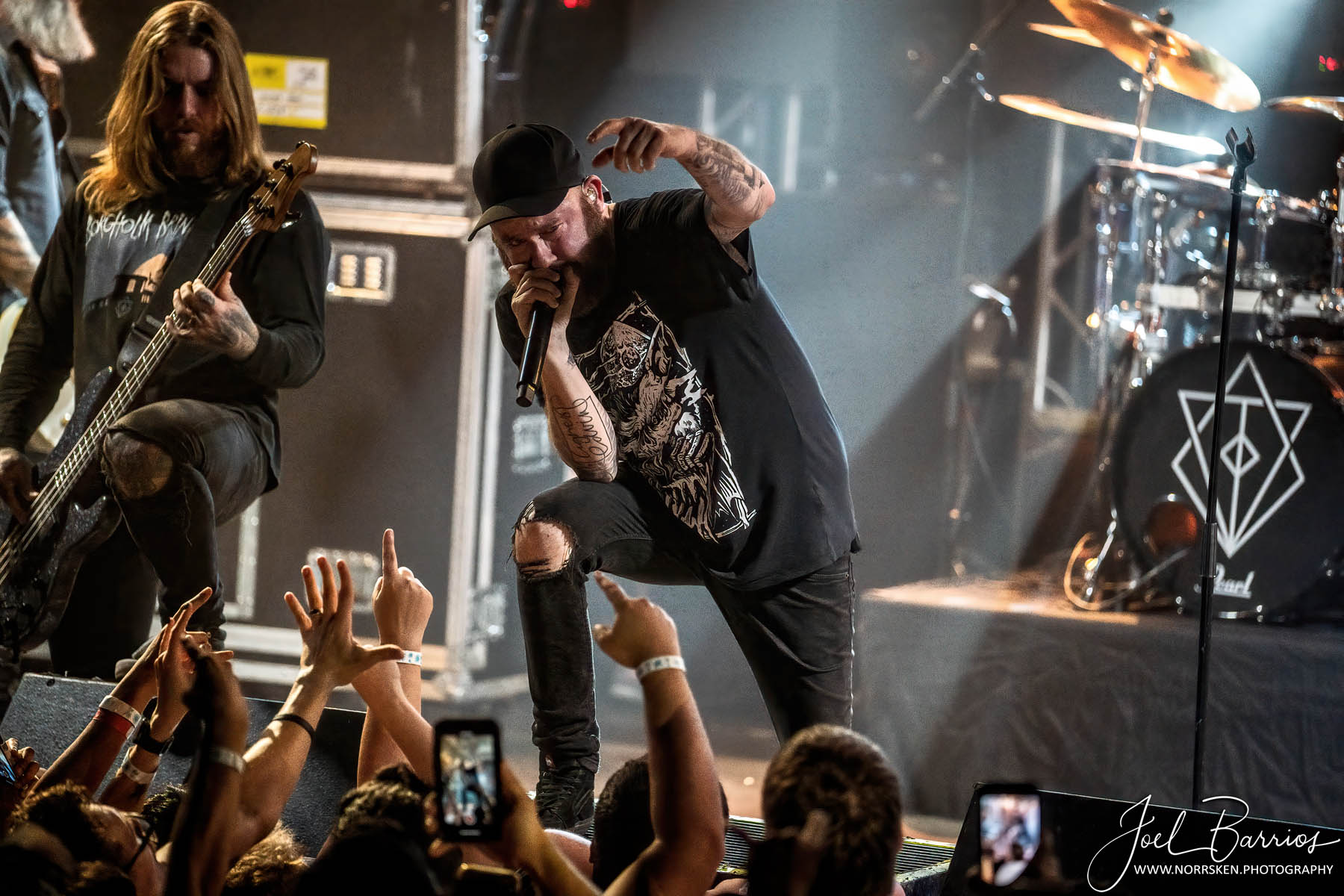 In Flames maintained a unique balance of practiced performance and inspired spontaneity throughout their eighteen song set, capturing not just their expertise, but the spirit of their continued evolution as a band. While “I, the Mask” wasn’t the return to their pioneering melodic death spirit some had hoped, the band more than proved that they held the versatility of their newer, alternative-inspired work in equal measure with their history. It was refreshing to see a pure love of their work, no matter how it had evolved, play out in real-time on stage. Former Megadeth guitarist Chris Broderick was more than generous in reaching out and grasping at the waving hands at the front of the stage, while Björn Gelotte sported a youthful smile for the show’s duration. Their movement from crowd interaction to laser-like focus on their most technically complex passages was fluid and seamless, only further accented by a polished light show that illuminated both the band and audience in equal measure.

Watching these artists take up the stage with personalities and grace that were larger-than-life, it was easy to see how they have some of the most persistent fans in metal, even as their style continues to grow and evolve. No matter how many times they must have performed many of the songs on their set, their enthusiasm never once wavered, reflected in a crowd that screamed even as the band took their final bows. In a true passion for the art form, and with the mastery of musicians that have rightfully earned their place in metal’s history, In Flames bathed the stage of the Culture Room in their unshakable prowess and a yet unmatched exuberance.