The abuse of the terms “Guitar God and Supergroup” has reduced the integrity of their meaning to mediocrity; nevertheless, a recent tour featuring some of the greatest hard rock guitarists of our time has given the expressions a completely new breadth. According to mastermind Steve Vai, the Generation Axe experience spins around “the idea of creating a seamless show with one backing band and five completely accomplished and astonishing guitarists that take to the stage in various configurations, performing some of their solo music and merging as cohesive co-creators of lushly orchestrated guitar extravaganzas.” Such exhibition pulled into the Hard Rock Live Event Center in Hollywood, Florida this past Monday, promising those in attendance with a night of unrelenting and splendid guitar’s state of grace.

For the show, each of the players performs their own 4 to 6 song set, along with a “baton handoff” piece wherein they were joined by the next guitarist in line, pretty much in line with the dynamics of Satriani’s G3 experiences, of which Vai was a vital part for many years.  The first song features the five guitarist on the stage to share and trade solos through an incendiary rendition of the Focus’ landmark classic “Hocus Pocus”, with each one showing trademark skills and engaging in a collective way, unleashed a superlative cacophony of controlled chaos. There were absolutely zero breaks between the performances, and no walk-off for the encore, making the over three and a half hours show a true display of organized six-string pandemonium. 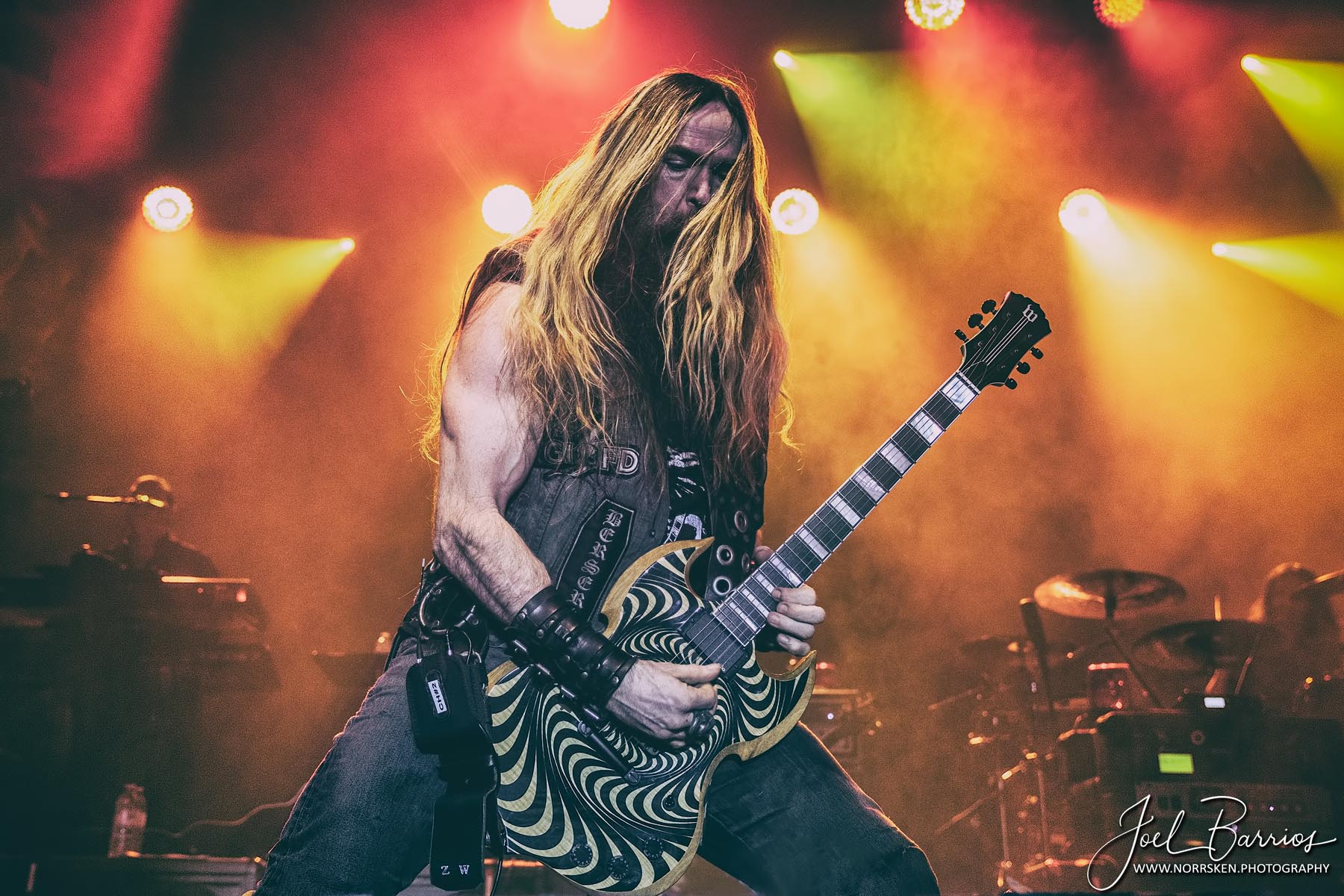 Each single player proved to be a true force of nature in a particular way (not that anyone attending the show needed that to be ascertain), but the best moments of the night came from the occasional collaborations. Tosin Abasi was the first to take the stage, and throughout his set he churned out a myriad of charmingly complex “math-rock” melodies from the Animals as Leaders catalogue, frequently using his particular two-hands tapping style, despite the fact the audience did not look excessively animated. When his shredding threatened to soar beyond most listener’s ears, he invited Nuno Bettencourt to stage and they together offered an overcharged version of Animals as Leaders’ “Physical Education”. Bettencourt brought the wild, manic energy to the stage that had been missing from Abasi’s set and with him came another element that made his set special: humor. He looked like he was having an authentic great time, constantly joking with phrases like “We are done with the intellectual part of the show, I’m here to dumb things down a bit, but we are paid by the note, so I can’t let this guy to take all the money”. Seamlessly ripping through a fearsome set of Extreme songs, adding his own tasty, lush and fearless solos to each one, he threw in an acoustic moment and ended with a frightening, full-speed Extreme medley he claimed had seen someone in YouTube put together.

Zakk Wylde made his appearance on stage to join Nuno for a rendition of Citizen Cope’s ballad “Sideways”, featuring dueling vocals and solos alike. Right after, he dived into the all-time classic Sabbath’s tune “Into the Void”, commencing a deadly set of his accustomed style of hard rock and metal, mixed soul and sweltering hard rock licks. Several times during his performance – which interesting enough only comprised two other Black Sabbath songs “N.I.B.” and “War Pigs” – he descended from the stage, wandering down the aisles and into the balcony crowd, shredding away in boundless and fast-paced solos (some of them hitting near the 10-minute mark), and playing behind his back for extended periods for the enjoyment of the audience. A highlight of the night happened when a couple of flat instrument boxes were thrown in the opposite sides of the center aisle dividing the Hard Rock Live Event Center seated audience in half, and both Nuno and Zakk climbed over them to trade soulful licks of the Gary Moore classic “Still Got the Blues”. To make the moment even more exceptional, and while the fans’ eyelids were stapled over the two axe men, Steve Vai – standing on another wedged platform close to the soundboard area – joined the duo in anonymity, until Nuno signaled towards him, telling the fans to turn around and look his way. The spotlight then fell on Vai who slowly walked towards his two partners in crime, with the three of them laying down the final notes on stage. 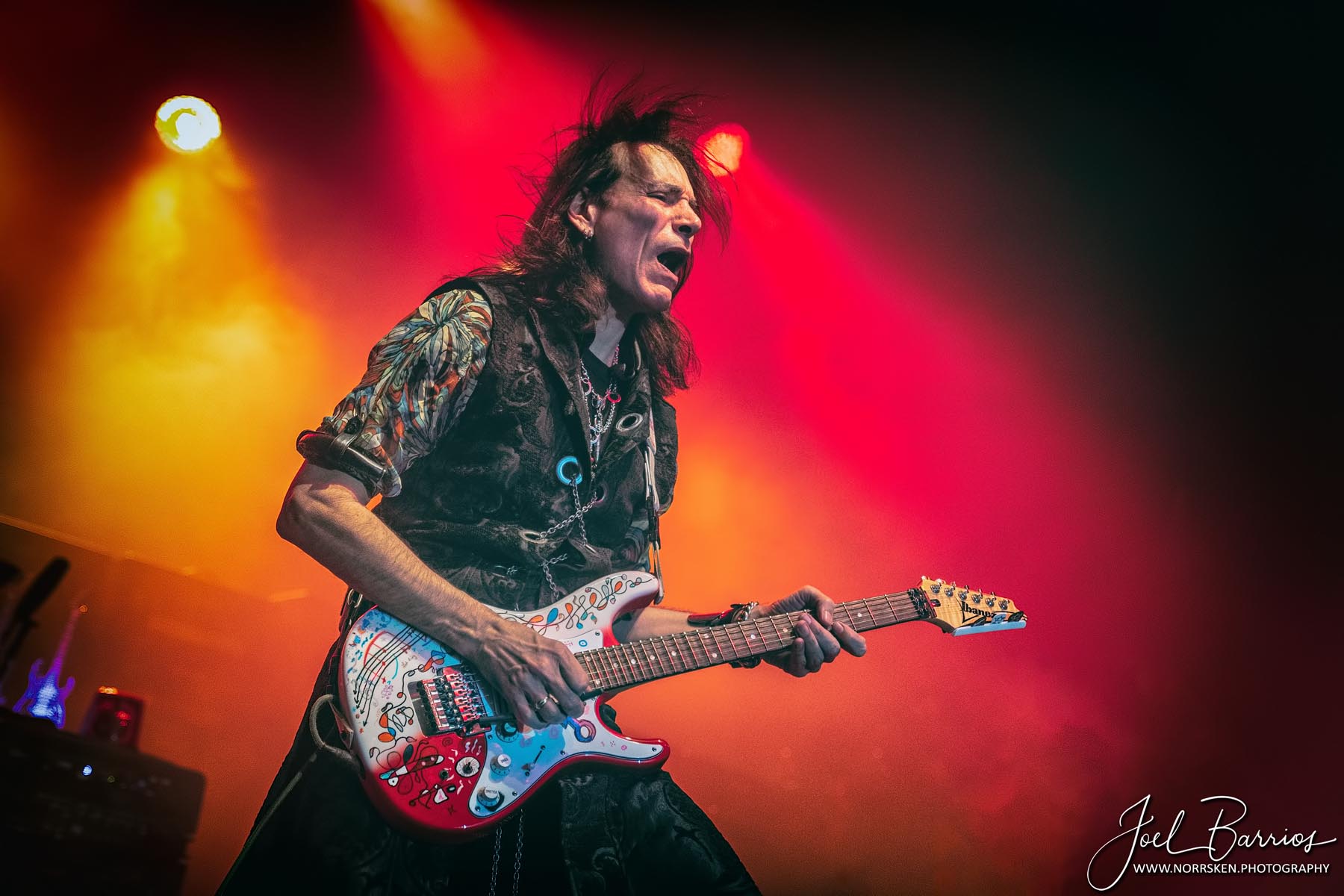 By the time Master Jedi Steve Vai took the stage, the whole vibration in the crowd had reached a crescendo level, the cheers and applauses were deafening. Vai is a complete show on his own, radically different from any of his previous partners in crime; the stage is his element and his guitar the tool he uses to move around and unleash his unhuman brilliance, using every note on the guitar to express his inner personality through the instrument. Watching his fingers dancing nimbly along the fretboard was like watching a magician perform his final trick, but Steve was doing his final trick throughout the complete duration of his set. Fans hung on every tapped note, every nuance that make “The Animal” and “For the Love of God” distinctive interpretations, bringing the house down with a tight and sweet three songs set before providing a brief introduction for Malmsteen, who marched onto the stage surrounded by stormy red lights and massive waves of fog.

I am a big fan of Yngwie’s first four records, I love them. In terms of tone, technique and vibrato there weren’t many players at the time he started who could get near him, and he wrote some beautiful songs like “Icarus Dream Suite”.  However, times have changed and we are no longer living in the 80s. I respect the fact he wants to stay true to his nature, but his music have become overly repetitive, emotionless and completely boring through the years, and his playing has now become just about how many notes he can fit in a millisecond. He still has a great stage presence sprinkled with acrobatics, slinging his guitars in the air along with throwing countless guitars picks towards the front rows, but his pure exercise of soulless speed and fast picking, became less and less interesting throughout his long set, to the point part of the audience started checking on their phones instead of looking at stage. Eventually, the acoustic guitar made presence, and he performed “Black Star” and wrapped it all up with “Far Beyond the Sun”, during which he was joined by Steve Vai. 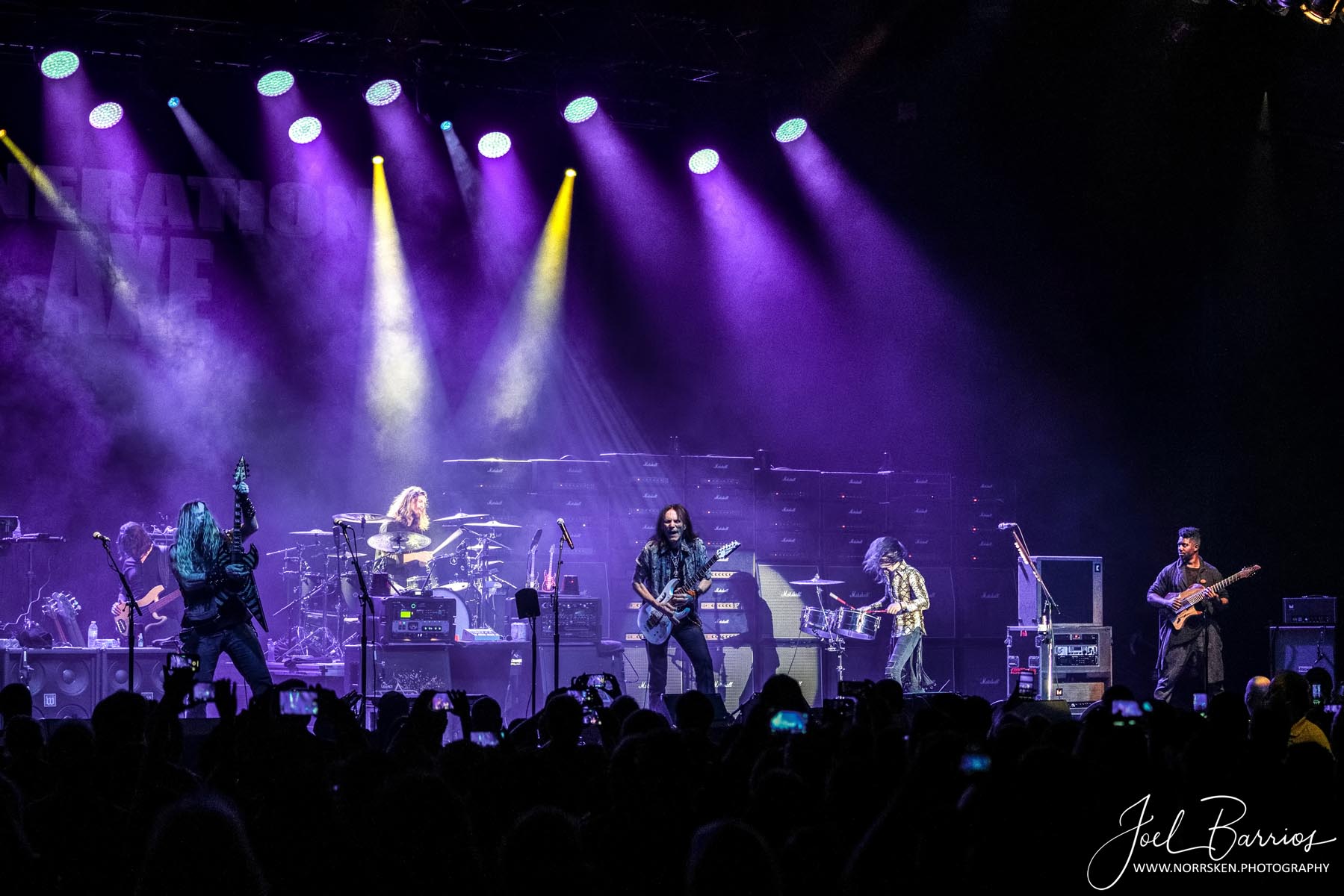 After nearly three and a half hours, the biggest spectacle of the evening was ready for its grand finale, and while Malmsteen disappeared backstage, Vai was joined by Abasi, Wylde and Bettencourt for a scorching rendition of Edgar Winter’s instrumental “Frankenstein”, wrapped in a completely maniac and mind-blowing conflict of guitar licks. Malmsteen reappeared and the five fretboard-warlocks offered a glorious “guitar-corrupted” take of the anthemic Queen’s “Bohemian Rhapsody”; followed by an extended, knot-turned-to-eleven version of Deep Purple’s “Burn” with Malmsteen handling the vocal duties.

Definitely an enjoyable experience – which could have been quite more amusing if the show focused a tad more in collaborations between the five protagonist, and less in the solo material which at least four of them frequently display in their individual forays – Generation Axe stands on its own as a feverish and passionate ride through a kaleidoscope of the most complex patterns in the six-string universe.