The Gen-X Summer Tour came to town just ahead of Independence Day and the fireworks began a day early.  Hard rockers Buckcherry headlined this year’s lineup with support from 3 other California based bands, Alien Ant Farm, Lit and P.O.D.  One could argue that you are attending a show with 4 headliners.  The Loudwire and Rockfest Concerts event was held at the very fairly new Miramar Amphitheater at Regional Park.  The venue is celebrating its 1st birthday having inaugurated on July 4th, 2017. This was the first rock concert at the new 5,000-seat amphitheater which rivals the size of the Hard Rock Live in Hollywood and the Mizner Park Amphitheater in Boca Raton.

There are few better ways to kick off an early 4th of July celebration than watching a band like Alien Ant Farm do their thing.  If the band’s goal was to set the tone for the evening, then the mission was successfully accomplished.  Their highly energetic style had fans jumping out of their seats and singing along note by note. Consisting of Dryden Mitchell (Lead vocals), Mike Cosgrove (Drums), Terry Corso (Guitar) and Timmy Peugh (Bass guitar), they have been around since 1995, earning a Grammy nomination as well as 4 top 10 singles under their belt, and they have perfected the science of making people smile and have a good time. Their closing song was their uber-popular cover of Michael Jackson’s “Smooth Criminal”, sang by the crowd at the top of their collective lungs, thus setting the tempo for the rest of the evening.

Lit took the stage next opening with a fantastic cover of “American Girl,” the Tom Petty and the Heartbreakers classic.  Their set included many fan favorites including “Someday Maybe,” “Miserable,”  and“Last Time,” among others. Their tales of self-frustration and rebuke were entertaining and well executed as usual, keeping the audience’s enthusiasm level greased up and running.  Performing each and every song of their set as if it were the biggest single of all time, they ended with the crowd favorite, “My Own Worst Enemy,”  – the powerful rock anthem which helped catapult the band to fame- which includes much crowd participation during the chorus; “Please tell me why, the car is in the front yard and I’m sleeping with my clothes on, came in through the window last night and you’re gone, gone…” 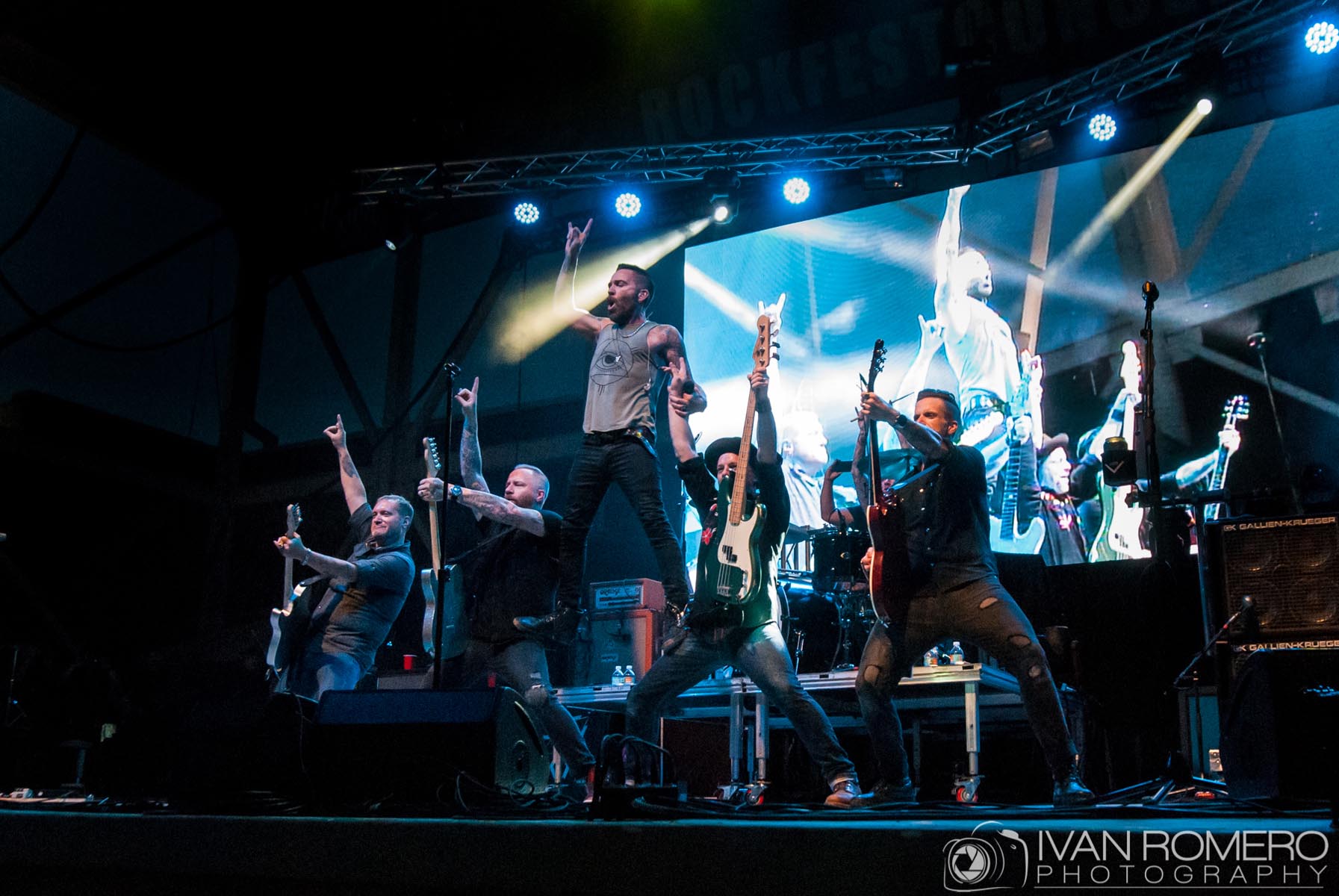 LIT on stage during the Gen-X Summer Tour performance at Miramar, FL

P.O.D. (Payable on Death) followed Lit and played to a crowd that was now warmed up and ready to rock. The San Diego based rockers brought their A-game to the show, opening with “Boom,” turning the crowd’s excitement nob to 11. By the time they played their second song, the front rows had lost their minds in a pure frenzy, moshing everywhere, spilling their drinks and having the time of their lives. Their set went on to include other crowd favorites including “Soundboy Killa,” “Beautiful,” “Youth of the Nation” and “Alive”.  P.O.D.‘s style has evolved over time, from the rap metal sound on their early albums to the nu metal and reggae-infused alternative metal styles for which they’re most well known, and it was amazing to see that after 26 years, they could still get an audience rowdy and feverish to the max.

By the time Buckcherry took the stage to close out the evening, the crowd was warmed up, liquored up, F$%#@d up and ready to rock!  Buckcherry opened their set with the House of Pain mega-hit, “Jump Around”. Their energy-packed set list had a medley that included covers of “Jungle Boogie” and “Proud Mary”.  Heavily tattooed singer Josh Todd, who is easily one of the most appealing front men in the business, oozed stage energy and mesmerizing dance moves, which undeniably added a special appeal to the band’s already nailed down live performance, while the “entertainment” danced on their platforms strategically located across the stage. By the time that Buckcherry closed off their set with a rousing rendition of “Crazy Bitch,” I could feel the ground shaking underneath me. The group came back for three entertaining encores, including a rendition of Whitney Houston‘s pop anthem “I Will Always Love You”

As the show wrapped up, the stage was in chaos with the band and the ladies doing the best to entertain the crowd.  Overall the Gen-X Summer Tour came to South Florida and delivered the goods. Hats off to Loudwire and Rockfest Concerts for bringing this fantastic lineup to the Miramar Amphitheater at Regional Park. I, for one, am looking forward to this becoming an annual event at this fantastic new venue.

Encore: Chaos Is The Ladder / Roadhouse Blues (The Doors cover) / I Will Always Love You (Whitney Houston song)