Since Satriani’s G3 tours began around 23 years ago, the legendary guitar player has invited two other highly regarded rock and blues style guitarists to join him on stage for historic celebrations of the six strings art. The premise of G3 was for each artist to play a separate set with his own band and finish the show off with a mammoth super all-inclusive jam session, and such initial idea became a tradition. Featuring guitar luminaries like Steve Vai, Eric Johnson, Kenny Wayne Shepherd, Yngwie Malmsteen, Robert Fripp, Steve Lukather, Uli Jon Roth and many others, G3 has established itself as the ultimate on-stage combination of axe-masters, some sort of a special treat you can’t get almost anywhere else as they don’t tour together. This year’s lineup once anew included G3 veteran John Petrucci of DREAM THEATER and a very interesting choice for the third player: first-timer, Phil Collen of DEF LEPPARD, whom many skeptics out there did not consider to be at the same level of his other two partners on this tour. 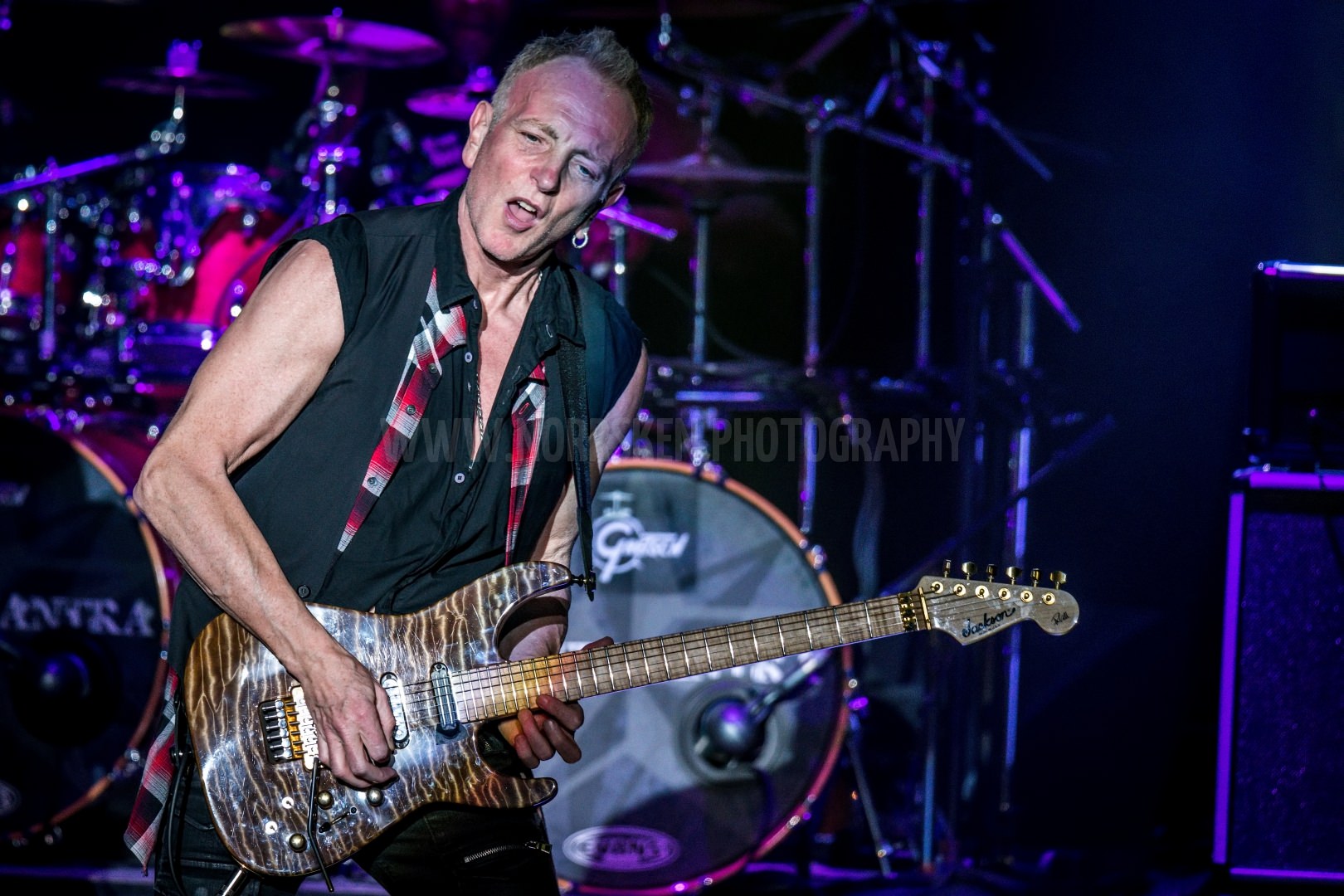 The show we attended to was initially scheduled to happen at The Pompano Beach Amphitheater and later moved to The Parker Playhouse, an elegant neo-classical 1191-seat theatre in the heart of Fort Lauderdale which is also celebrating five decades of operations this year. Opening the show Phil Collen took the stage accompanied by drummer Forrest Robinson and bassist Craig Martini (ex- Paul Gilbert). If anyone in the house was doubtful regarding whether he could match the guitar pedigree of Petrucci and Satriani, all those sentiments went flying out the window the second he started stroking the six strings. He opened with “Quadrant 4” – a Billy Cobham cover – and followed with “Yo 2 Joe” a song dedicated to Satriani, almost making the shredding control gauge to explode. However, he had some surprises up his sleeve: belting out an impressive and passionate mixture of hard-rocking electric blues blended with funky chops, he continued by injecting a new element into the G3 journey: vocals courtesy of the talented Debbie Blackwell-Cook, who fronts Collen’s side project named Delta Deep. “We’re gonna really slide it out with some blues,” Collen announced between songs, and adding some extra amusement for the already ecstatic crowd, he would play a blues lick and Debbie would answer singing; some sort or modern take of the “call and answer” blues foundation. Blackwell-Cook’s soulful yet authoritative voice painted their interpretation of DEEP PURPLE‘s “Mistreated” with a fresh coat of awesomeness. Color me impressed. 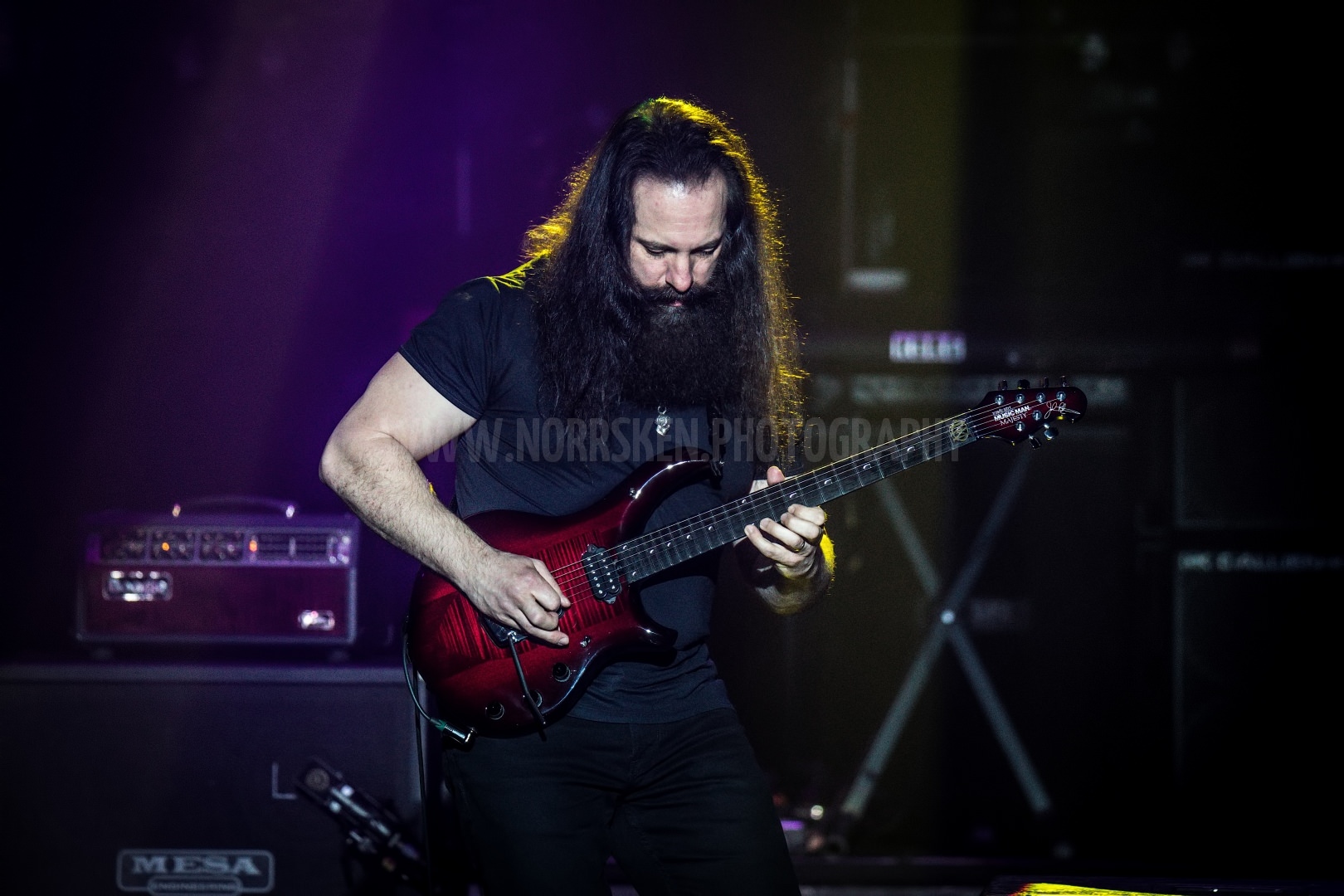 John Petrucci is one of the most influential progressive or progressive metal artists, mainly because of his ability to twist his songs from an ordinary path to an astonishing one. Moreover, since progressive music requires virtuosity of the player, John Petrucci is obviously a phenomenal progressive artist. His band in this tour is comprised by DREAM THEATER bandmate Mike Mangini on the drums and DIXIE DREGS / FLYING COLORS bass wizard Dave LaRue. He opened his set with a photo montage of magnificent scenery and his first song “Wrath of the Amazons” – a supercharged guitar version of the Wonder Woman movie theme – made the Parker Playhouse walls to shudder. Petrucci’s set was tangibly different from the other two, more oriented to the structure and the composition and less focused in flashy solos, meanwhile adding a metal-tinged side to the proceedings that caused his riffing to profoundly resonate in the airwaves – he even joked saying “We have to bring the metal to G3”. His presence certainly adds something different to the whole G3 experience, and we enjoyed more the composition and the development of his songs than the obviously technically faultless solos. A couple of standout moments came when he played two tracks off his sole solo album “Suspended Animation” in the form of “Damage Control”, which starts out with a toneless power-chord riff that repeats a little before unfolding into a beautiful instrumental epic with loads of delightful twists and turns plus an unusual, middle-eastern groove woven in; and the closing “Glasgow Kiss” sporting a Celtic feel and a focused intensity from the first lyrical riff to the high-powered finish. A remarkable and intricate set impeccably achieved by the three players and described by Petrucci himself when he said, “This is the most fun a guitar player can have on tour.” 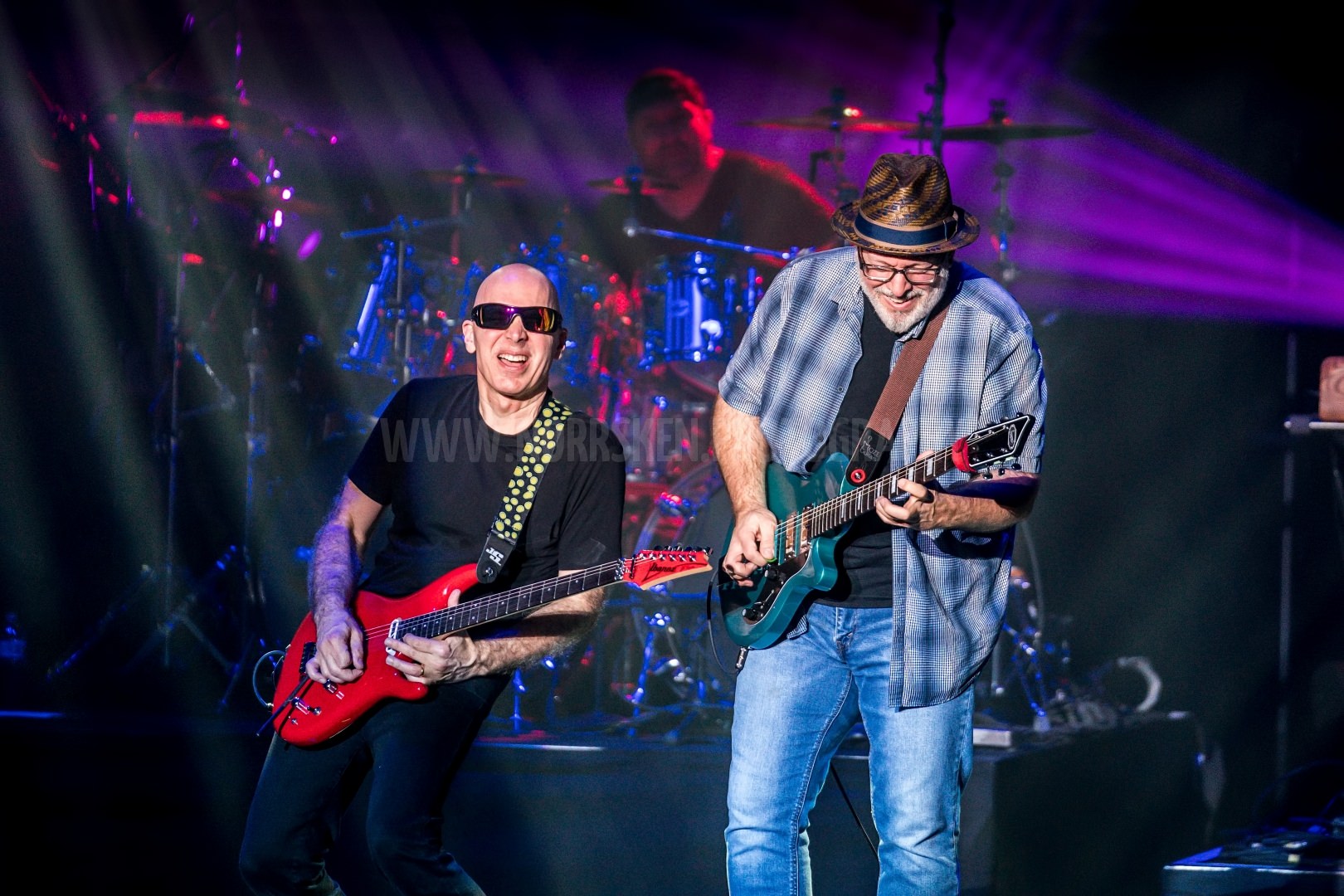 If you have ever bothered in reading about electric guitar, most likely Joe Satriani is a name which will need no introduction. Backed by a stellar back conformed of Bryan Beller (THE ARISTOCRATS, BEER FOR DOLPHINS) on bass, Joe Travers (DURAN DURAN, BILLY IDOL, ZAPPA PLAYS ZAPPA) on drums and Mike Keneally (FRANK ZAPPA, STEVE VAI, DETHKLOK, BEER FOR DOLPHINS) on keyboards and guitar, Satriani played the longest of the three individual sets, representing his newly released and extremely successful album “What Happens Next” with songs like “Energy,” “Catbot” and “Headrush,” among others, and revisiting back catalogue classics like “Summer Song,” “Always With Me, Always With You,” and “Satch Boogie”. Honorary member of a carefully chosen club of elite of players who never cease to astound, Satriani’s finesse and versatility was in full display as he shredded and walked up and down the frets with his shaman fingers, exuding unparalleled energy and passion while tearing up his notes with the coolest facial expressions, (he even applied tooth enamel to his strings a couple of times). In more than one occasion he engaged in mind-bending solo trade-offs with Mike Kenneally – a superb skilled musician on his own right, one who can give any guitarist on Earth a run for his money – blending his unquestionable technical abilities with a more “lyrical” style of playing that has nothing to do with self-masturbatory endless arpeggios.

After “Summer Song” Satriani was joined on stage by Petrucci and Collen for the culminating act of the evening: the G3 Jam. Storming through the DEEP PURPLE‘s classic “Highway Star” with a wailing vocal delivery by Debbie Blackwell-Cook the three men on stage intertwined exuberant an enthusiastic fretwork to create a wall of sound layered so thick that not even a hardened Viking axe could cut through it. The best part of the final jam, which also included a the G3 staple “Going Down” was to see the gusto of each guitarist while trading the fast-finger licks, one counterparting another in a true guitar extravaganza of larger-than-life magnitude. According to a musical genius named Beethoven, “music is a higher revelation than all wisdom and philosophy. Music is the electrical soil in which the spirit lives, thinks, and invents.” Satriani, Petrucci and Collen used their absolute control over their instrument and awe-inspiring skills to make the above statement to resound in a demonstrative and profound way with every soul in attendance that night.