Last Saturday night at the Coral Sky Amphitheater in West Palm Beach was so full of creativity and positivity that we forgot how crazy the heat and humidity was on this August night. It all began with a performance by Grammy nominated Cellogram, a cello-percussion duo who have a track record of hit songs and film scores as well as a collaboration with Evanescence’s Amy Lee on their song “All about Anna”.

The stage got filled with the orchestra armed with trumpets, trombones, percussion, cellos, violins and even a huge harp and the lights pointed to the female conductor who quickly got the classical sound filling the air. Lindsey Stirling appeared on the center of the stage with her violin and ready to wow us all. The contagious melody from her instrument captivated the audience in combination of an extremely coordinated choreography of dance and visual effects on the screens that covered the back of the amphitheater stage. What a great production, what an incredible show of talent. I’m still amazed of how Lindsey is able to perform with such great virtuosity on the violin along with dancing and acting. She definitely has a remarkable talent. From songs like “Moon Trance” where she was fighting skeletons and ghosts to the inspiring words in “Take Flight” and “Crystalize” made the audience stand and applaud her talents, modesty and truly wonderful performance. She even made everyone laugh when sharing how “casual” her fandom was for Evanescence throughout the years and showing everyone that dream do come true as she performs with her all-time idol Amy Lee. Her performance ended with a great version of “Phantom of the Opera”. 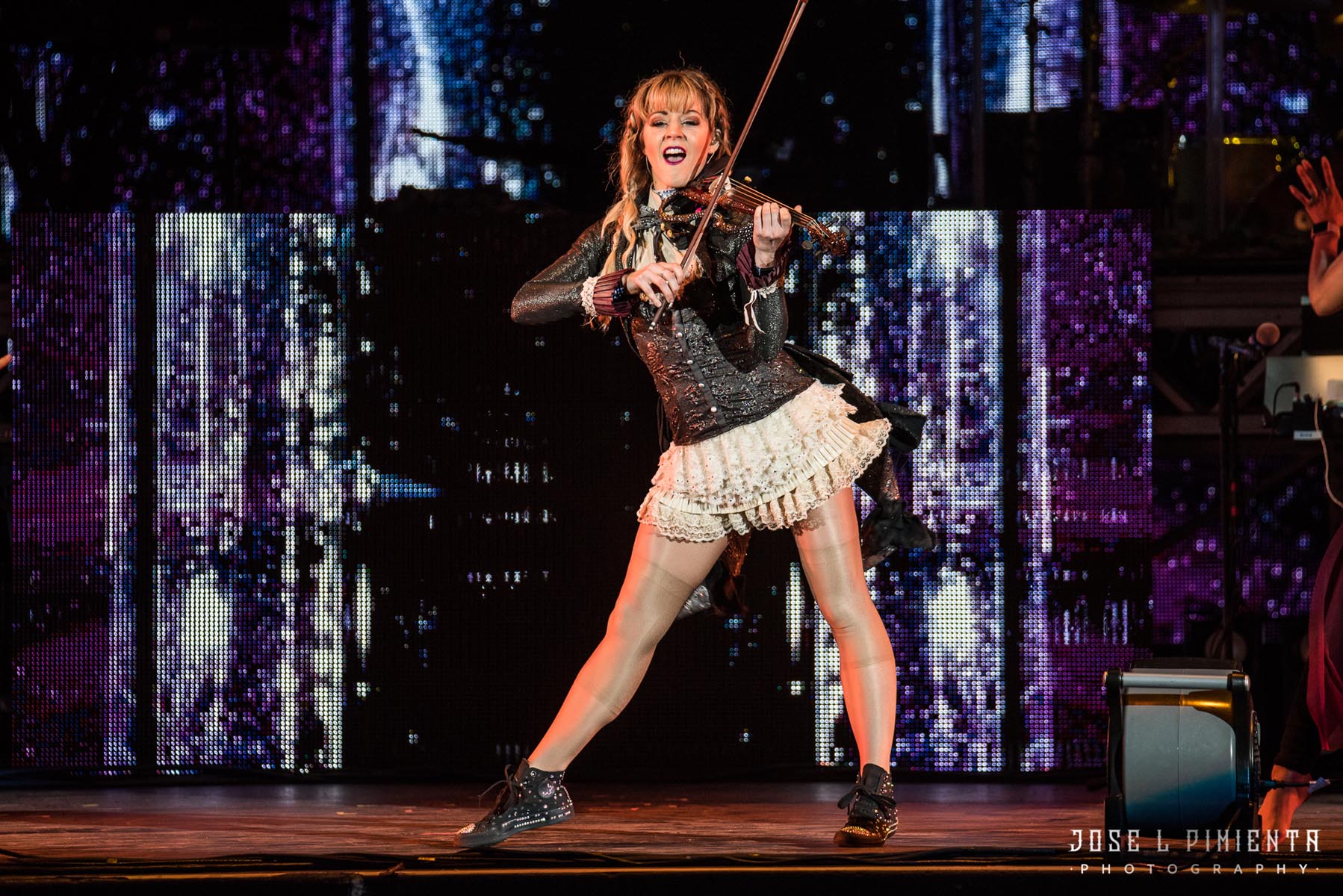 After this great performance came Evanescence accompanied by the orchestra to deliver a magical mix of new and old hits. Amy Lee sat at the grand piano  to open with “Overture”, followed by “Never Go Back” from their 2017 album Synthesis. A wonderful blend of her voice, the piano and the orchestral sounds brought the audience to the midpoint of the set where they played “Bring Me to Life”, the hit that put them on the map, in the Synthesis version. Needless to say, everyone was ecstatic and sand along to it. A cover of “Across the Universe” by the Beatles sent positive vibes that were very well received. Lindsey came on stage to guest perform the single “Hi-Lo”. A sea of “lighters” illuminated the whole amphitheater when “My Immortal” began, being a hit from their album Fallen brought a lot of emotions and nostalgia to many fans. Ending the set after the encore we were treated by an unexpected and masterfully interpreted cover of Ozzy Osbourne‘s “No More Tears” mixed up with Sia’s “Alive”. For this final song the band’s sound got a lot heavier while Lindsey sweetened the riffing melodies with her violin. 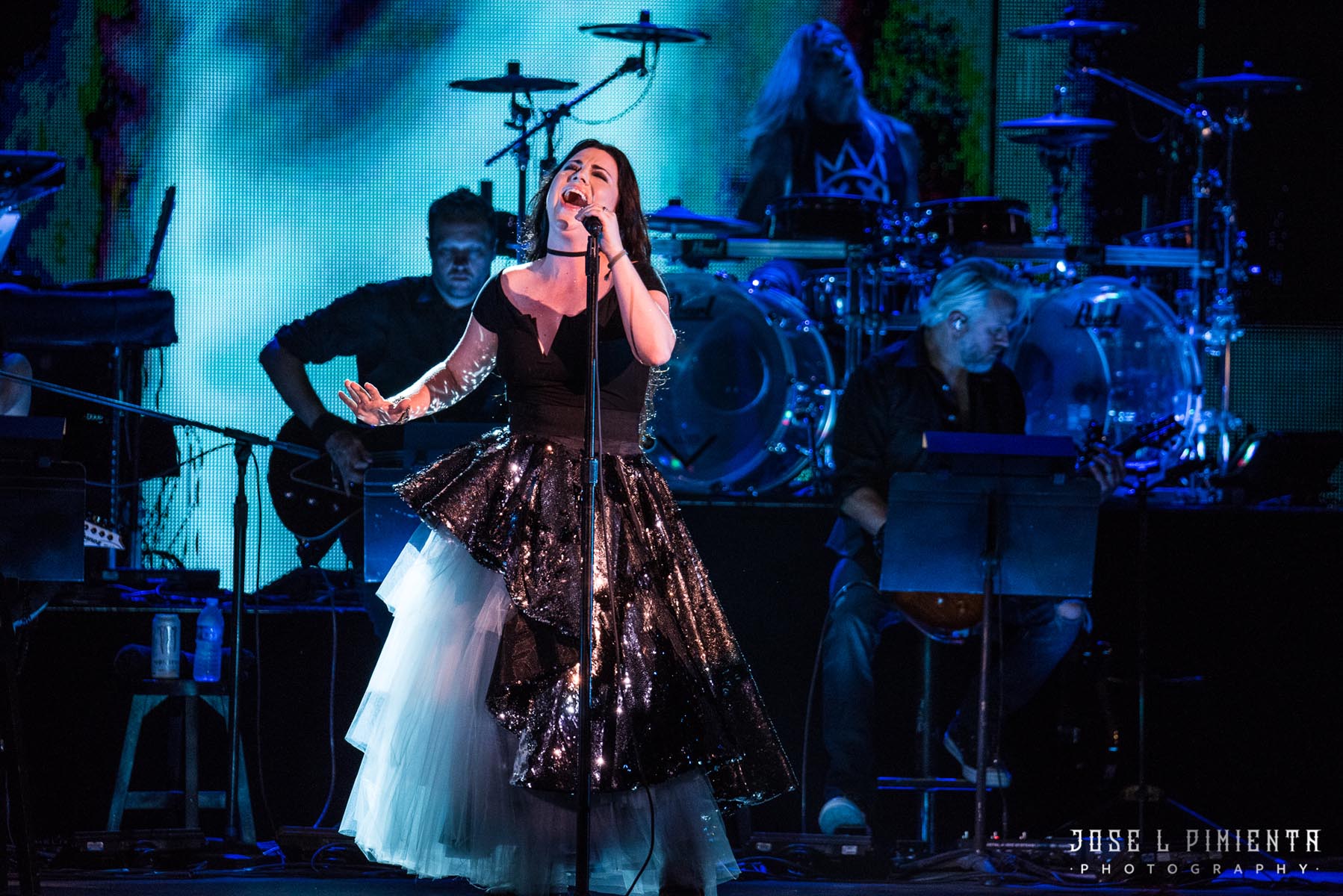 Overall it was a unique experience full of classical music, rock and great performances. If this tour is coming your way I would definitely recommend you to go and witness a truly breath-taking spectacle you won’t forget easily.