Dark Tranquillity, one of Gothenburg’s signature melodeath bands, jumped on the live-stream wagon by offering a video stream of the live world premiere of their latest album “Moment” played in its entirety after only one day from the official album release day. This event was initially broadcast on Saturday, November 21st and it was shot at the Stora Teatern in Gothenburg, Sweden.

There were technical difficulties with the transmission from the very beginning. The online audience in the chat section was upset as it couldn’t watch the show during the first hour, possibly due to the high volume of viewers demanding the video feed simultaneously and therefore resulting in constant image freezing and long buffering times. It was only after the first run of the show ended that the complete performance was available for uninterrupted replays on demand. 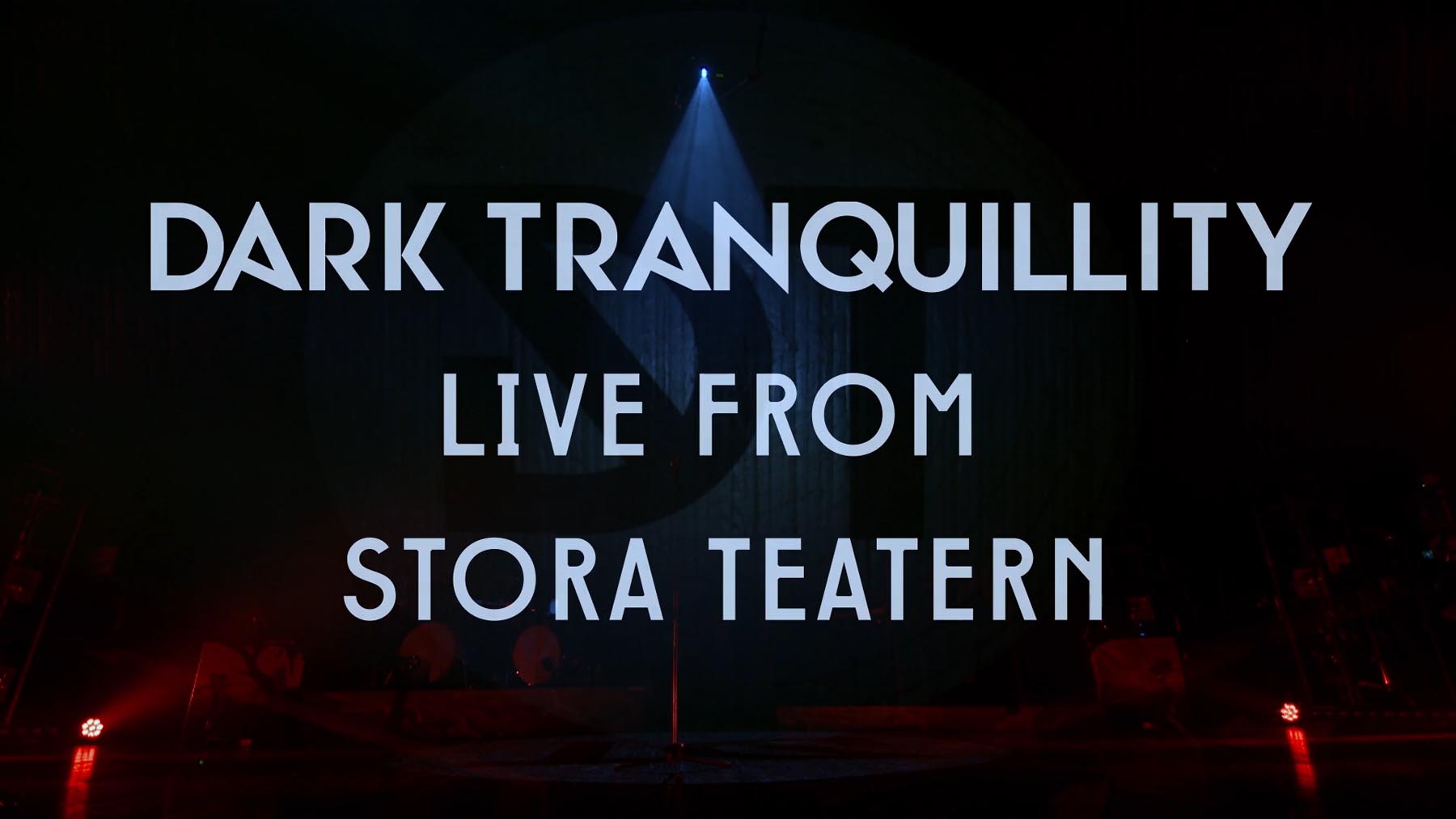 The show itself was of great quality, with professional camera shots delivering hi-definition video. Stage illumination was plentiful and on point. The sound was satisfactory, yet it required additional equalization to prevent the bass muddling the higher frequency sounds. There was a fair use of the smoke machine and the stage background changed from the colorful and warm album cover art to an image of the theater’s empty seats as seen from the stage towards the audience. Each song title was displayed at the beginning of each song, a small but important detail featuring the effort from the production team. There were also shots from the outside of the theater that were displayed in between songs. 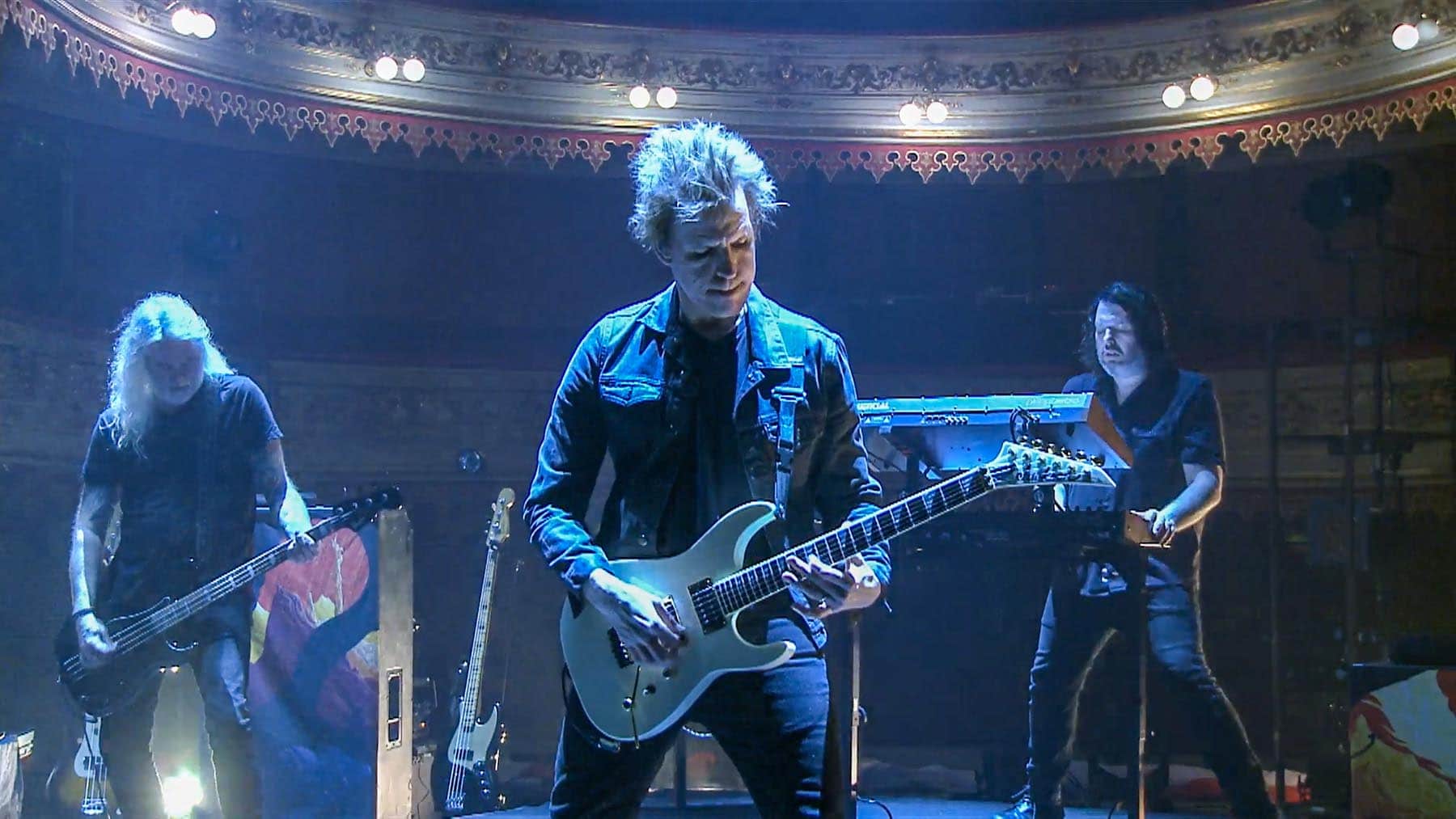 The band opened with the first single and first album track called “Phantom Days” with full force and continued with the album track order, closing with “In Truth Divided”. Special attention was raised on the back-to-back-to-back tracks “The Dark Unbroken”, “Remain In The Unknown” and “Standstill” – the reason being the strong emotional toll in those songs as they are arguably considered the core of the album by several critics. The band stage presence stood out with Mikael Stanne’s powerful and consistent vocal performance. Both guitar players Christopher Amott and Johan Reinholdz played all the album solos in a clean and impressive manner. Martin Brändström’s keyboards blended gracefully throughout the songs, whereas Anders Iwers and Anders Jivarp laid out the rhythm foundation like clockwork. 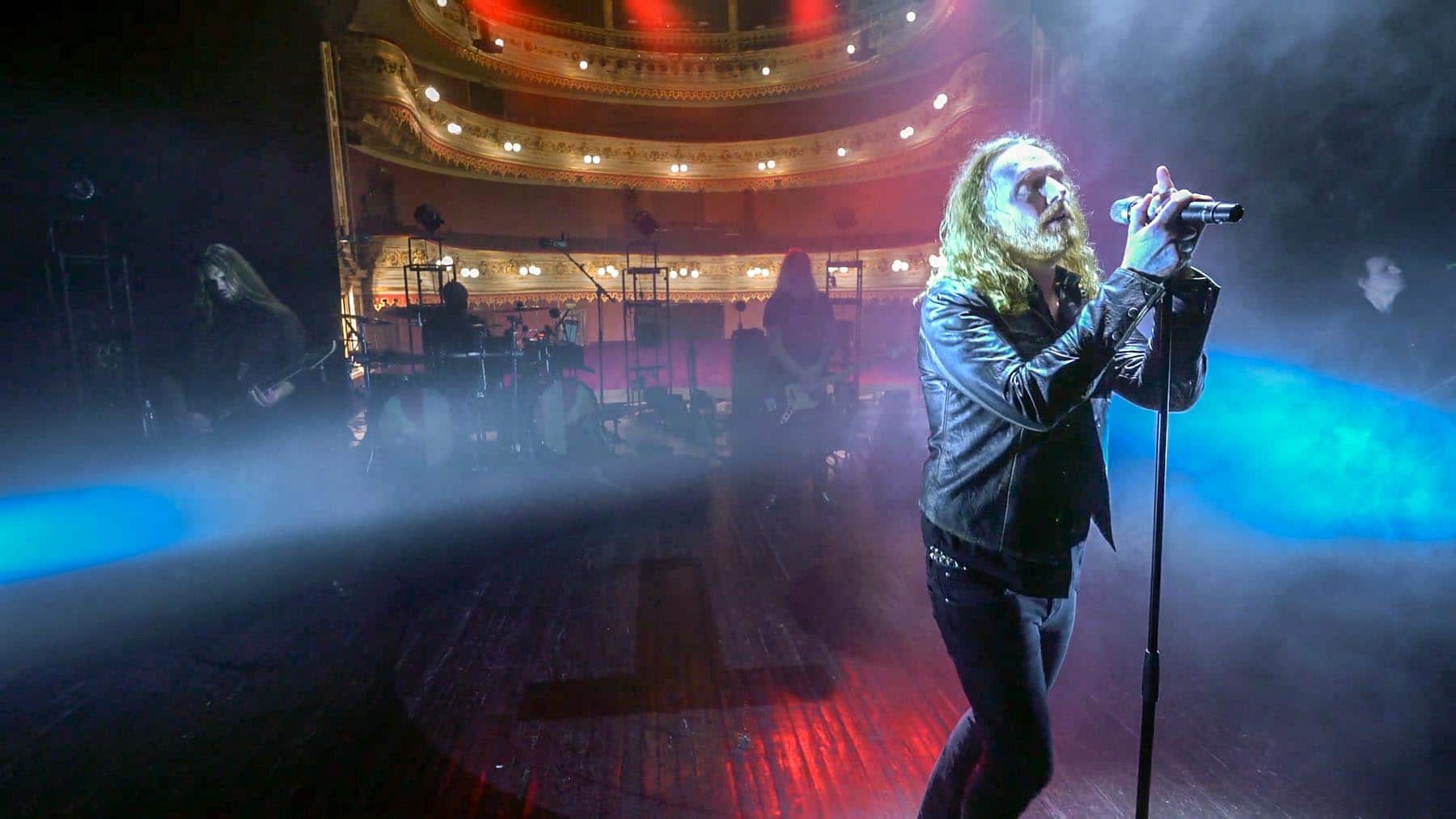 When the term “live-stream” is used, it normally involves a band playing in real-time during broadcast and taking risks. This term was used by Dark Tranquillity in a few Facebook posts promoting the event, yet the technical difficulties experienced during the alleged live broadcast along with the band playing non-stop suggest that this stream was likely pre-recorded. The high-quality production also points to that assumption. In any case, the benefit of the doubt is left to the audience. Dark Tranquillity is not being negatively criticized here by any means, on the contrary they did an outstanding job with this album showcase, and it is also understandable to pre-record a presentation for quality control purposes. What should be carefully thought about is the correct stream type being promoted, especially if it involves paying for a ticket and fulfilling the appropriate demands.

At the end of the day, one of the main features of Dark Tranquillity is their consistent quality and this line-up lived up to the expectations, as the band delivered on spades. You can still buy a ticket and watch the event at your own leisure by visiting this location.