Californian rockers Buckcherry rolled into Fort Lauderdale’s metal nest The Culture Room last Wednesday, as part of their “Warpaint Tour” promoting the album of the same name, and they brought another export from Southern California with them: Joyous Wolf. Before being asked to cover this show for Sonic Perspectives I was completely unfamiliar with both bands, yet we do crazy things in this business, all of them in the name of capturing the moment, and I accepted the challenge without pretending to know a single one of both band’s repertoire. 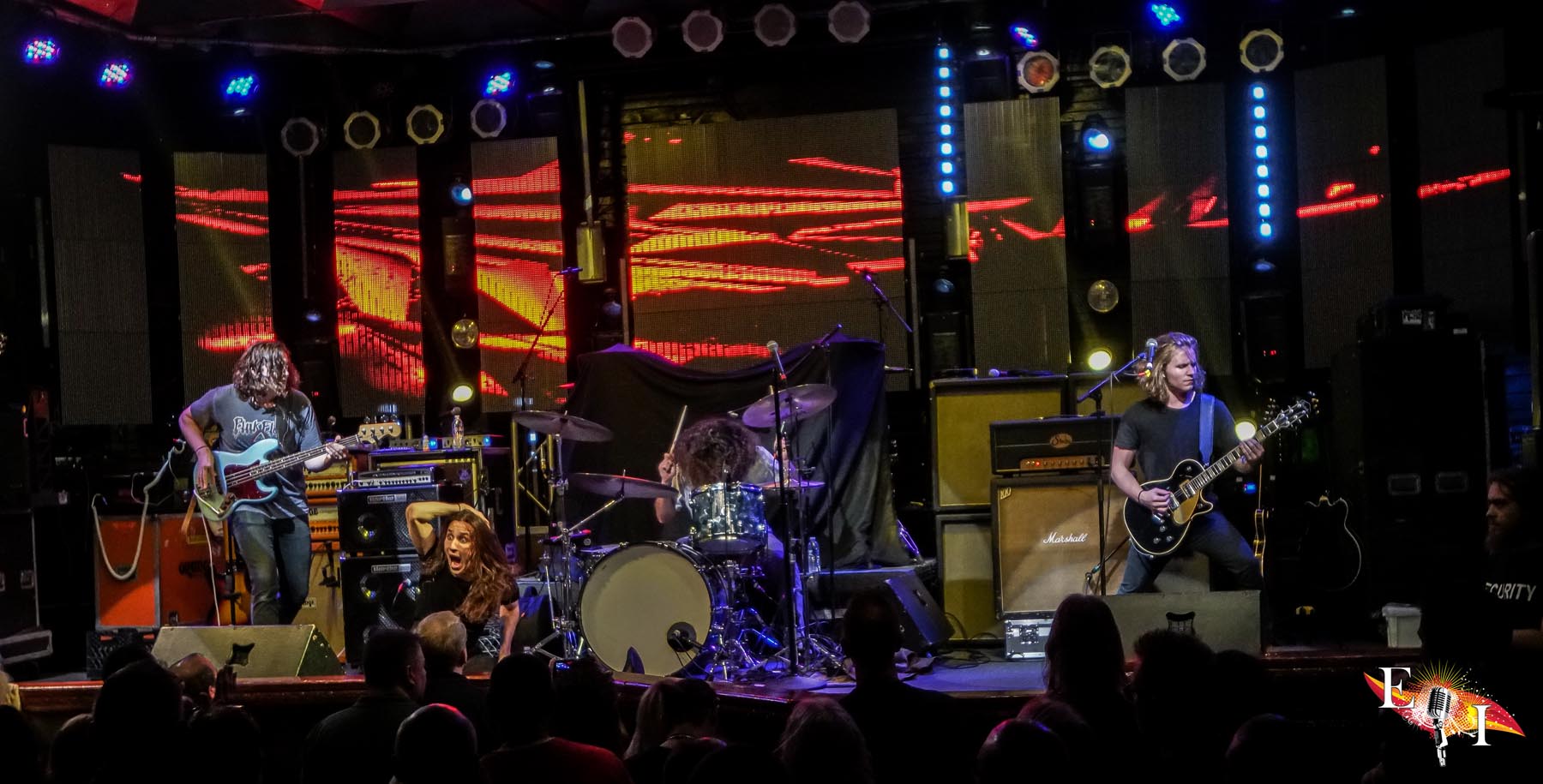 Joyous Wolf in their natural element

Openers Joyous Wolf recently released their Roadrunner Records debut EP Place in Time, and they undoubtedly took the stage with an unconditional hungry-for-blood attitude. Opening with a pure and unadulterated dosage of rock n’ roll in the form of “Undesired”, since the first chords it was palpable that they are NOT just another band trying to milk the ever-increasing hard rock revival movement that is sweeping Europe and North America. Don’t get me wrong, they wear their influences right up their sleeves, but their at times funky, at times crunchy, and always determined and authoritative sound easily got the audience clapping and cheering. Front-man Nick Resse is true a force of nature, and if you check my pictures below you’ll get an idea of how incessantly he moved around, exuding energy and engaging with the excited fans in the front rows and his own bandmates. His soulful voice has a certain timbre, a throaty baritone nuance that sometimes reminds me of Eddie Vedder – particularly in the excellent “Had Enough” – , and fits the band’s impeccable musicianship like a glove. Soaring through a nine-songs set-list which felt too short (as it usually happens when the music is this good) Joyous Wolf set the night on fire and catapulted themselves to the forefront of the list of bands I will follow closely from now on.

Headliners Buckcherry had a challenging task after Joyous Wolf vigor-packed performance, and they started their evening with a rendition of Nine Inch Nails’ “Head like a Hole”, which I admittedly thought it was kind of a weird choice, despite they nailed it. Regardless of some recent line-up changes – namely a very fresh new drummer Francis Ruiz, and a somewhat fresh lead guitarist Kevin Roentgen – the band has kept their signature sound intact; and delivered an all guns blazing set, spinning around the charismatic figure of Josh Todd, who embodies and irradiates the aura of hard rock greatest front-men (and who is also the only remaining original member now).  Straightforward rockers with their indelible guitar riffs and catchy choruses like “Bent” and “Slamin’” alternated with slower tracks like “Radio Song” and “Hunger”, mimicking a more traditional pop/rock type of sound. After an extended version of their best-loved song “Crazy Bitch” – a song that has piled up over 38 millions views on YouTube – , they ended the night on a high note with their staple anthem “Say Fuck it” off their Fuck EP. 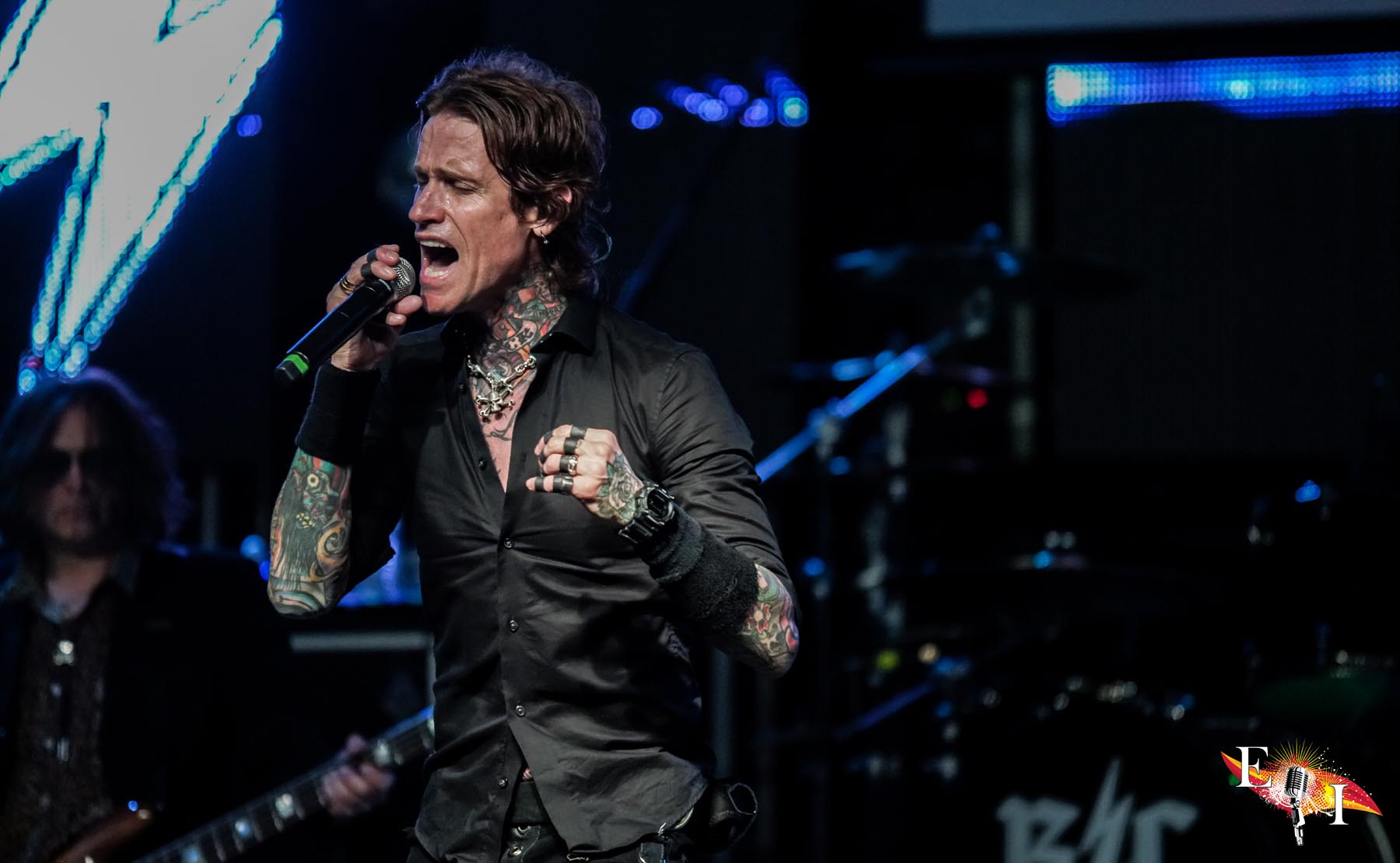 In the eyes of someone who has followed the hard rock movement for decades, I must say it’s unbeknownst to me as to why Buckcherry are not playing arenas and headlining festivals in front of thousands of fans. High-octane performers of raw music that drives you down an avalanche of sick guitar riffs, punchy basslines and ass-kicking drumming, these guys are as entertaining and honest as they come, and you certainly should go and see them live if they play anywhere near you.