Mere weeks following the release of the crushing I Loved You at Your Darkest, Polish metal uber-beasts Behemoth have commenced their current trek across the United States and Canada in the Southwest, kicking things off in Phoenix before raiding San Antonio’s historic Aztec Theater just three days into the trek. Along for the ride were Washington State’s atmospheric black metal sons and daughter and the legendary Fathers of the Gothenburg sound, At The Gates.

Describing themselves as anything between “Cascadian black metal,” “post metal,” and simply atmospheric metal, Wolves in the Throne Room are certainly one thing: enchanting. Hitting the stage with three guitarists and no bassist (and I heard no evidence of piped-in bass parts), this Olympian quintet bravely performed a curiously mellow and mesmeric take on black metal, often employing prodding repetition in order to entrance its audience. Wolves in the Throne Room took another cue from Opeth by only squeezing in three songs into their allotted 45 minutes, and were laudably unafraid to hypnotize their audience with sparse, minimalist keyboard melodies accompanied by the occasional thud on the floor toms. A dead-quiet audience is generally a very bad sign, but it indicates excellence when the crowd is lulled into a trance-like state. It’s a rare and beautiful thing. 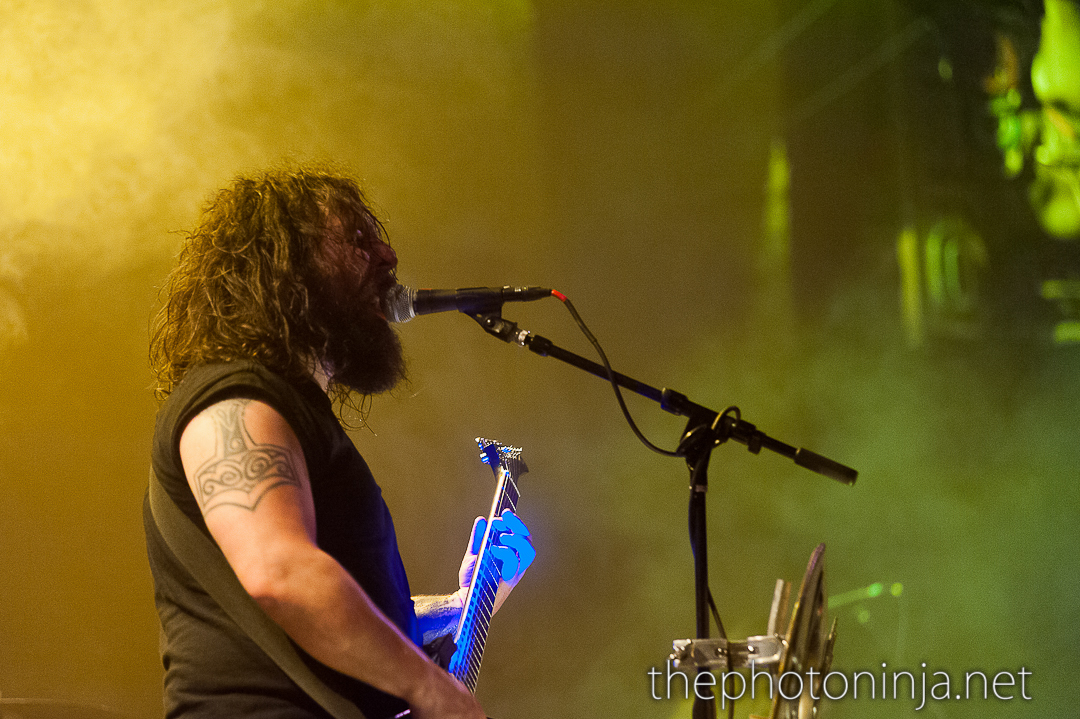 Wolves In The Throne Room

Up next was the band widely credited with invented Swedish melodic death metal, At the Freaking Gates. The Swedes collapsed shortly after releasing the genre-defining Slaughter of the Soul in 1995, and after several years of The Haunted, the Björler twins decided to revive At The Gates for a long-overdue farewell tour; I distinctly remember shitting my metaphorical pants when I finally saw the guys who started it all on the 14-date Suicidal Final Tour of the US in 2008. As these things go, they decided to keep At The Gates going, though brother guitarist Anders Björler ultimately left, and has since been replaced by Jonas Stålhammar.

Decidedly less experimental than the Wolves who opened for them, At The Gates opts to just kick ass with their first-of-its-kind melodeath. Opening with the title track of their new record, To Drink From the Night Itself, the terror from Gothenburg tore through highlights from their more recent output, skipping old favorites such as “Terminal Spirit Disease” and “The Red in the Sky Is Ours” in favor of such stellar cuts as “Death and the Labyrinth.” Longtime fans were rewarded with pit unleashing havoc during the the Song that Sprang a Thousand Bands, “Blinded By Fear,” before Tompa, Adrian, and the boys closed out with 2014’s “The Night Eternal.” 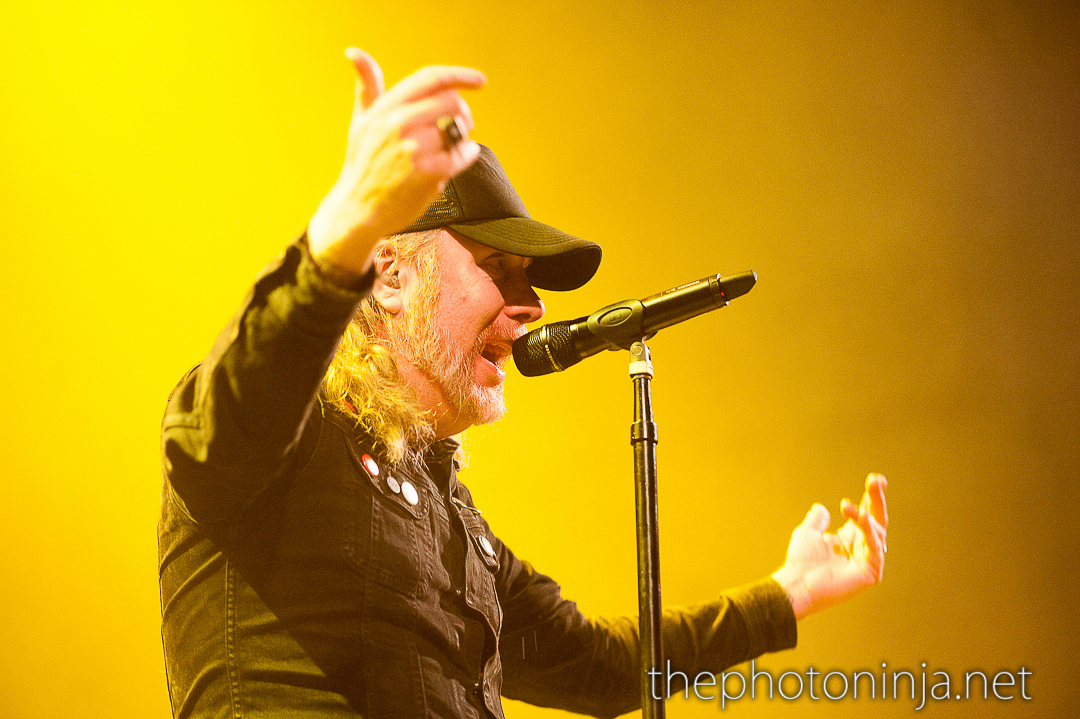 I hadn’t seen or shot Behemoth since 2005, and a lot has happened in their world in the intervening years.  Thankfully, even bandleader Adam “Nergal” Darski‘s bout with leukemia wasn’t enough to bring him down; Behemoth might very well be at the top of their game right now, both in terms of output and performance. While the whole quartet were at the absolute top of their game, Nergal in particular, sporting a black keffiyeh, dominated both the stage and his audience in a way few black metal musicians ever have. While many critics derisively point to Behemoth‘s theatrics – the masks, headpieces, incense, mock ceremonies, and incantations – in an attempt to discredit the band, these criticisms miss a very important point: the showmanship only enhances Behemoth‘s prowess as performers. They’d do just fine on a flat, crapilly-lit stage.

Behemoth‘s set focussed on I Loved You At Your Darkest, and woefully overlooked the album that brought them to my attention seventeen years ago, Thelema.6. Behemoth, however, made up for that disappointed with an absolutely infernal performance that just might have reset the bar for what any live band of any genre should strive to do. 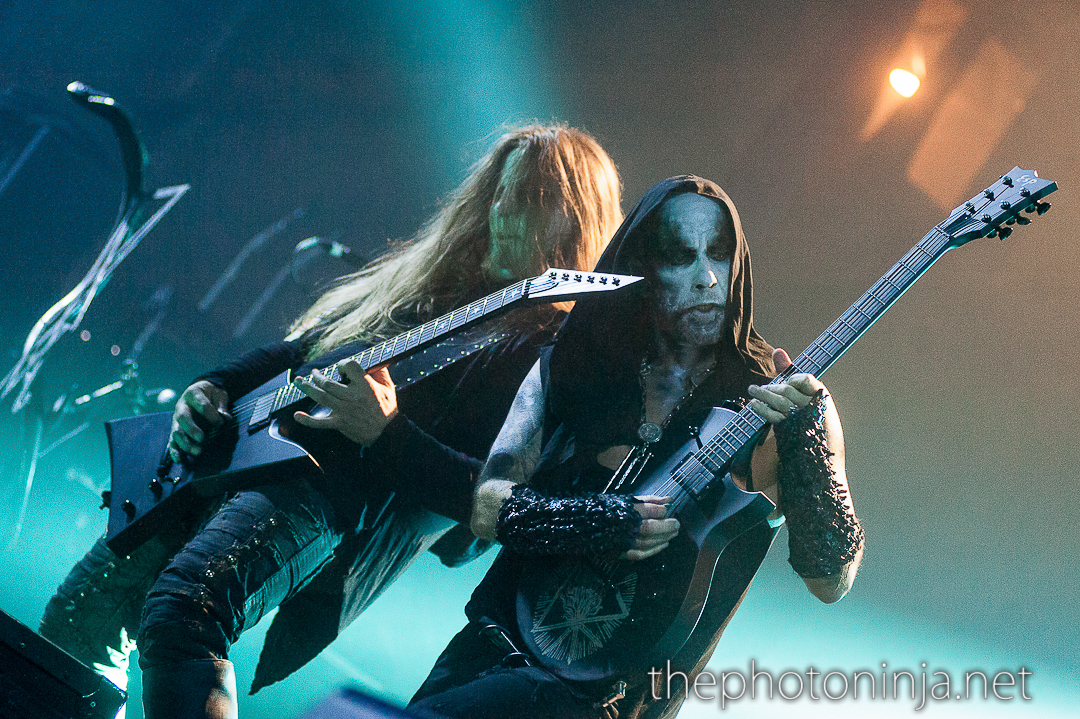 Behemoth‘s tour with At The Gates and Wolves in the Throne Room continues the end of November and wraps in Los Angeles at the Wiltern Theater.

WOLVES IN THE THRONE ROOM Setlist

AT THE GATES Setlist