The other day I was discussing music with a friend of mine and I mentioned to her that I had recently attended a show featuring the band Avatar as the opening act. She was not familiar with them and asked me “who are they?” It was then that I paused, thought about it for a moment and said: “they’re a theatrical Swedish metal band that dresses in what I think are matching classic circus outfits. The lead singer is 6’ 4, he paints his face and he shakes his Gene Simmons-like tongue at the audience.” Now come on, how many bands can you say the about? Unique… eclectic… yes, Avatar is hard to describe but now that I’ve seen them perform live a few times I can honestly sum them up in one word: entertaining. Actually, that’s “entertaining AF” for all you millennials out there, because these guy know how to both put a smile on your face and rock your as off.

Formed in Gothenburg, Sweden in 2001 and now on their seventh studio release, Avatar finally broke into the US market with the release of their 2016 album “Feathers & Flesh”. Since then they have been a touring machine, criss-crossing the States as both an opening act and as headliners. It’s been cool to see their audience grow exponentially over the past couple of years, and I got to see them in action this past September 6th as they are the special guests on the current Babymetal US Tour. So, I hopped in an Uber and caught up with them at Atlanta’s gorgeous and still relatively new venue, the Coca-Cola Roxy Theatre at The Battery. 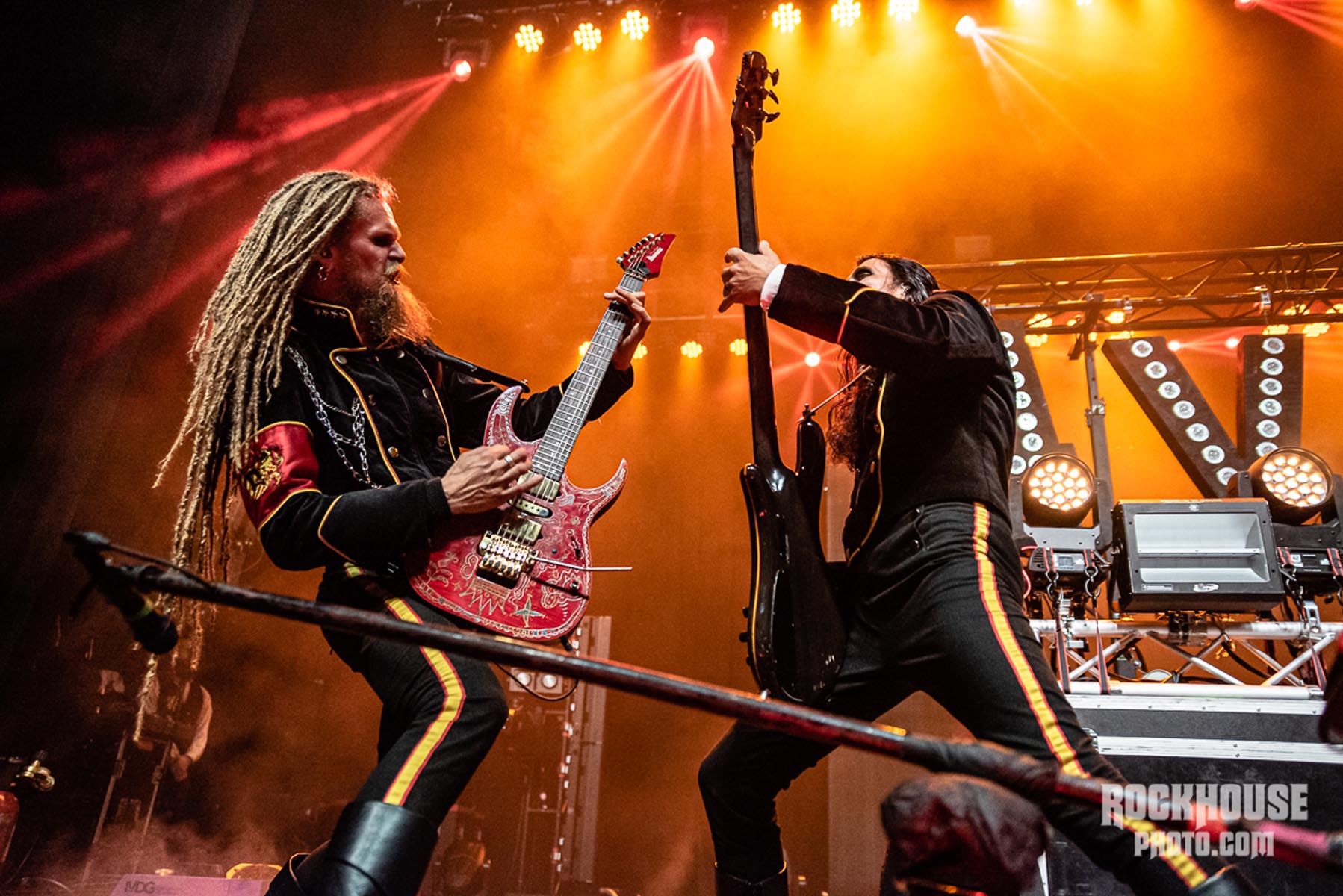 A giant Avatar logo (complete with lights) that sat just behind the drum riser suddenly burst through the darkness as drummer John Alfredsson started the drum beat of “Hail The Apocalypse.” Guitarists Jonas Jarlsby, Tim Öhrström and bassist Henrik Sandelin quickly synced the rhythm of the grinding guitar riff to their collective hair-windmilling. The band suddenly stopped and froze in position in a pseudo “Mannequin Challenge” (remember that craze?) while lead singer Johannes Eckerström slowly sauntered on stage, grinning wildly. On que, the band picked up the song right as the vocal started, and Eckerström started his maniacal vocal and high-kicking march.

One of the many interesting things about this band is the approach that Jarlsby and Öhrström take concerning the guitar work. Thank god for for floating tremolo bars, because both guitarists lean into their whammy bars – a lot of times in unison – to create the signature grinding guitar tones that weave their way in and out of each song. The chaotic “A Statue to the King” was next, complete with it’s disjointed parts and shifting tempos. It sounded as though they took three different songs and smashed them all into one. “Paint Me Red” was a bit more straight-ahead hard rock, full of attitude and swagger, and that got the crowd singing along to the song’s chorus. The tension and release of “Bloody Angel” got everyone’s head bobbing in unison while he next song “The Eagle Has Landed” got their hands in the air, waving back and forth at Eckerström’s direction. “Puppet Show” showed more of the band’s silly, gypsy-like musical side. The song has a very “oom-pah-pah” waltzing type of rhythm that was highlighted by a…wait for it…slide trombone solo by Eckerström. Now come on, how many bands can you say the about? 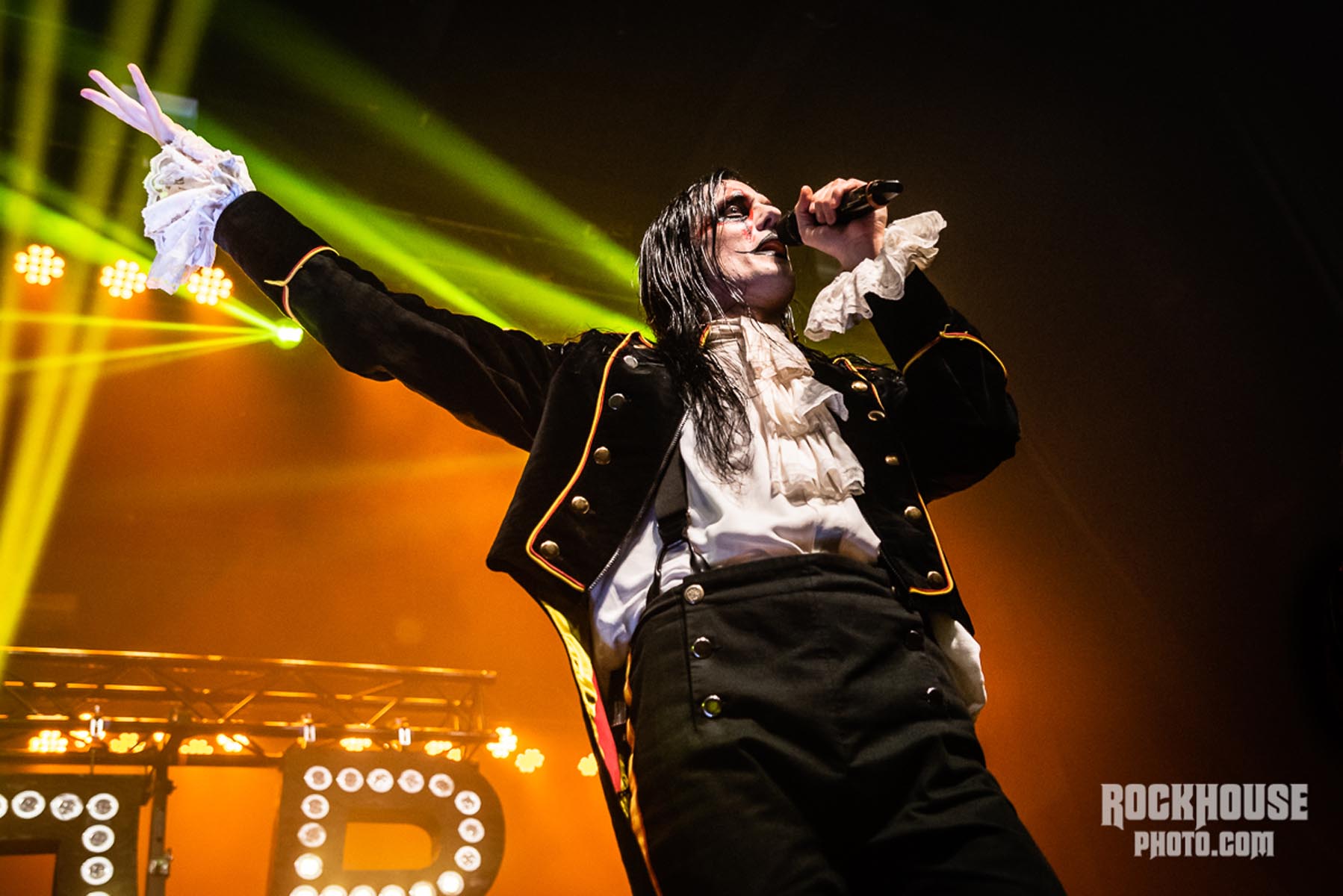 Due to being the opening band of the night, Avatar unfortunately had an abbreviated set, but saved their signature tune for the end. “Smells Like a Freakshow” is just pure fun. The band usually brings out some real circus performers and even a few circus freaks (think the Jim Rose Circus Show), but not on this night. They performed a straight run-through of the song, but that’s ok as it’s a great set-ending track.

Hopefully the upward trend for this band continues, because I’d love to see what they could bring to a full-blown arena show. I imagine that it would be filled with even more freaks and hair windmills and trombones and seriously fun, unique and head banging metal. Long live the Legend of the King!