Discontent has been the order of the day for the past year; to the point where penned up frustration has led to a number of explosions of unrest throughout the continental U.S. and beyond. The time is ripe for a new soundtrack of thrash-infused disapproval at the state of things to be unleashed upon the masses, and a true beast of one was indeed delivered just over a month ago courtesy of Angelus Apatrida, one of Spain’s earliest contributors to the thrash metal revival and definitely one of its most consistent ones to boot. This quartet of 80s Bay Area-inspired madmen pulled no punches on their eponymous 7th studio LP, merging that same brilliant mixture of riff happy, high octane, frenzied mayhem that was all the rage circa during the latter part of said decade with a meatier, more brutalizing modern edge that could almost be likened to a perfect balance of the larger sound of many older guard members of the American thrash scene of late and the retro stylings that have been popular with the younger crowd.

Not wasting a moment following the release of their early 2021 slaughter session, this outfit would hit the stage at the La Riviera in Madrid for their answer to the ongoing live streaming craze. However, in contrast to a number of the television-like events that has been making the rounds of late, a small yet highly animated crowd of mask-toting fans also made it to this event, making for an extravaganza more along the lines of an official live album. To state that energy meters would be pushed to the maximum doesn’t quite describe the intensity that would unfold as a montage of politically charged sound samples rang out of the PA system and the band took the stage. With a pair of Flying V’s accompanying the front man Guillermo Izquierdo and lead shredder David G. Alvarez, strobe lights blaring and a multiplicity of camera angels shifting rapidly enough to present a mortal danger to the epileptic, and an air of anticipation thick enough that it could be cut with a knife, the only question left to ponder would be just what assortment of neck-destroying anthems would be making the rounds. 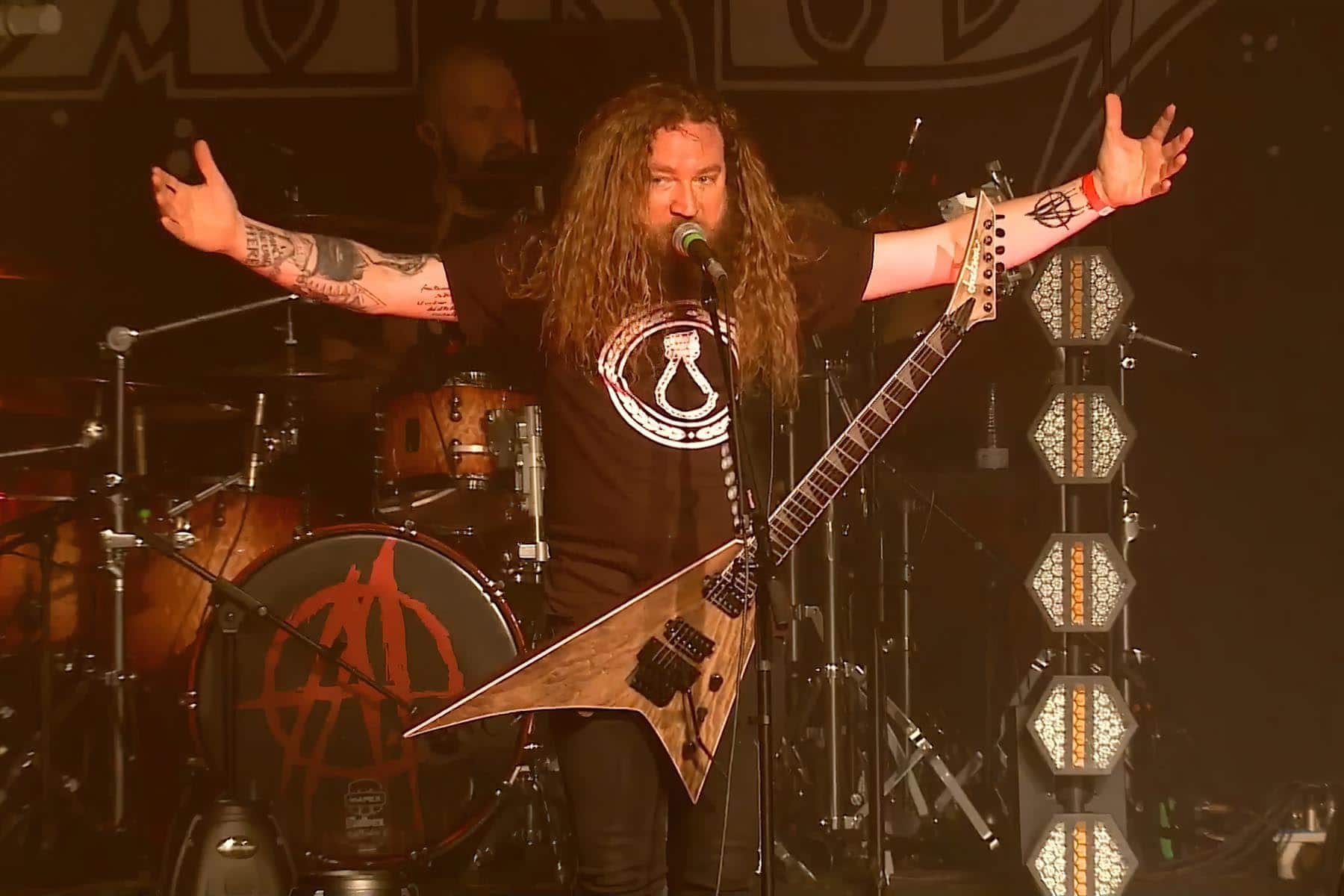 Interestingly enough, though this concert is situated in what would be considered the Angelus Apatrida self-titled album tour, the representation of songs from this fold’s back catalog is almost even with their latest material. The result is an hour and about 20 minutes of hyper-paced bangers that span 15 years of old school thrash brilliance, exemplifying many of the strongest elements of classic 80s icons such as Death Angel, Megadeth and Testament and closely paralleling the sonic aggression and slightly technical stylings of Warbringer and Havok. Though occasionally the format would be mixed up a tad, from a creepy acoustic intro as heard on “Sharpen The Guillotine” to more of a galloping mid-paced stomp in the case of “Downfall Of The Nation”, the lion’s share of this performance consisted of pushing the engine to its absolute limit, with such newer offerings as “One Of Us” and “Bleed The Crown” trading blows with older fair like “Give ‘Em War” and “Serpents On Parade” to see which song can scramble the most vertebrae in under four minutes.

Perhaps the only aspect of this performance that overshadows the effective combination of old and new material is the execution of all involved. For his part, Izquierdo’s vocal display presents a raw and intense hybrid of Chuck Billy’s husky gruff sound during his early days with the higher pitched snarl of Dave Mustaine, all the while hitting all of those speed-infused rhythm riffs without missing a note and occasionally trading leads with Alvarez, who’s wild technical solos occasionally channel King and Hanneman, but are a bit more structured and definitely hint at a strong Skolnick and Friedman influence. All one need do is fixate on the riveting lead display put on during “Of Man And Tyrants” to observe all of these elements in action, along with some occasional bits of Dimebag Darrel’s handiwork at a few key points. Props should also be given to the rhythm section, as older brother Jose Izquierdo’s massive and raunchy bass tone gives their sound a level of body comparable to their studio sound and drummer Victor Valera’s precision-based kit work keeps things tight and organized, particularly on the rhythmically nuanced turned blazing cruiser and closer “You Are Next”. 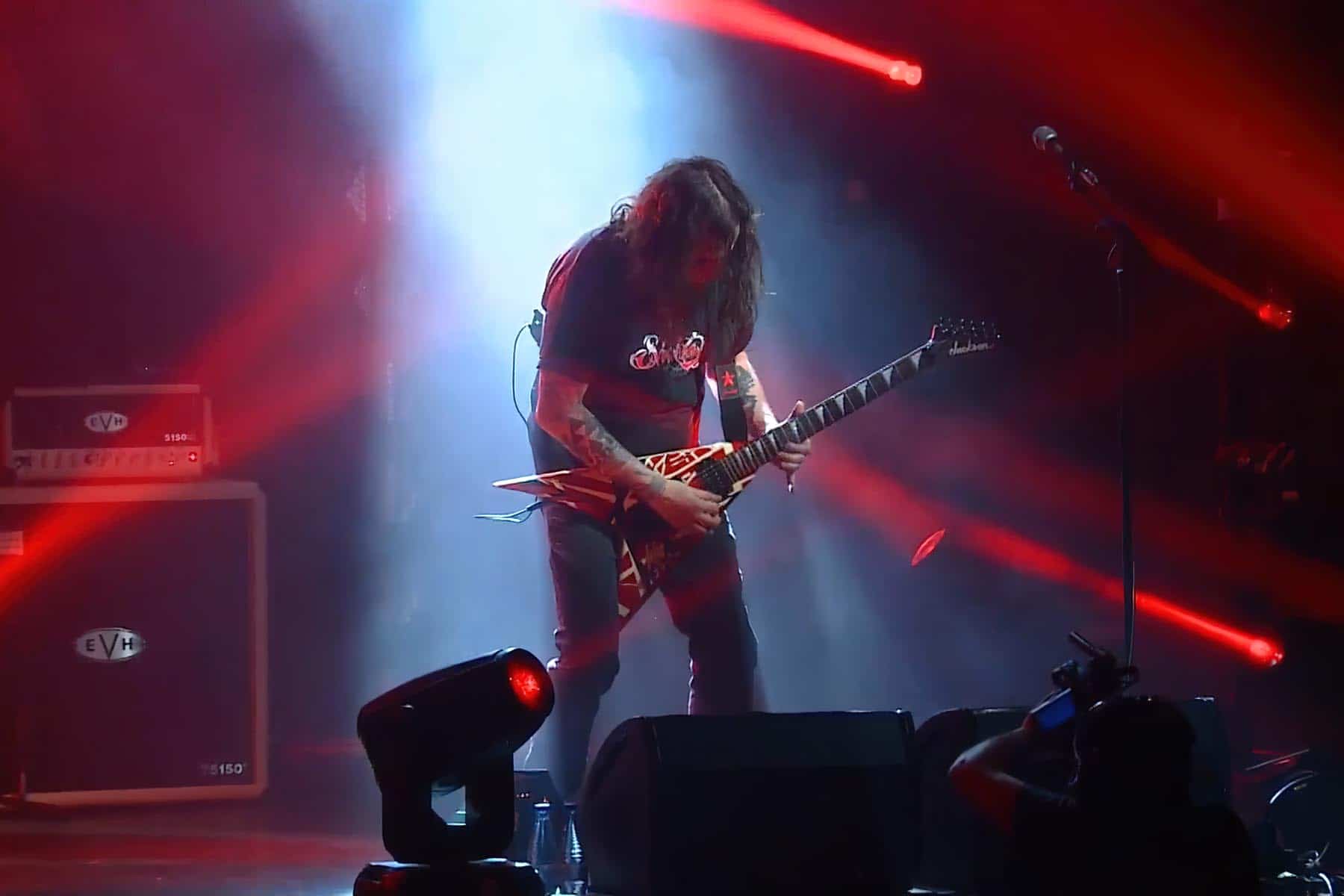 Whether this be a preview of things to come once this pandemic finally comes to an end, or a brief glimpse back at the glory days of live concerts before we all have to crawl back into our proverbial shells, it was a sonic storm comparable to the ones that normally leave entire patches of civilization in ruins. As a band that has achieved veteran status with more than 20 years of existence and almost that many since their 2003 EP “Unknown Human Being” put them on the map as an early entry into the thrash metal revival, they show zero signs of slowing down or muddling their winning formula with any unnecessary experimentation. If anything, this is a band that has displayed a level of commitment to their past and present that is often lacking among bands that have gotten more than four albums under their belts. Those who wanted their thrash in a raw, uninhibited package that still, nevertheless, put an emphasis on keeping things organized and effective, wanted for nothing as the fold vacated the stage and the video faded to black