It was Saturday when Independence of the Seas docked at the port in Labadee, Haiti. This was an intermission that we had eagerly been awaiting, and our group wasted no time in getting beach ready. The view from the Windjammer was stunning, peace descending from blue skies and gorgeous mountains in the distance. Though it was the very earliest days of February, the weather was a warm 80F, a welcome change from Winter’s grasp, even for us Floridians.

Our morning was spent on the island, where joy seemed to permeate the air. In the distance we could see the zipline, with metalheads flying over the sea like beasts from another world. The Carribean Sea provided a background of crystal clear turquoise waters, which our group elected to enjoy from a warm spot in the sand. It was there, between the beach and the sand, our phones long forgotten, that we were able to truly enjoy the escapism that such a cruise was designed to provide. The music was an escape of its own, but there was no question that after the first two days, downtime on the beach was a much-needed essential if we had any hopes of making it through another two days of metal. 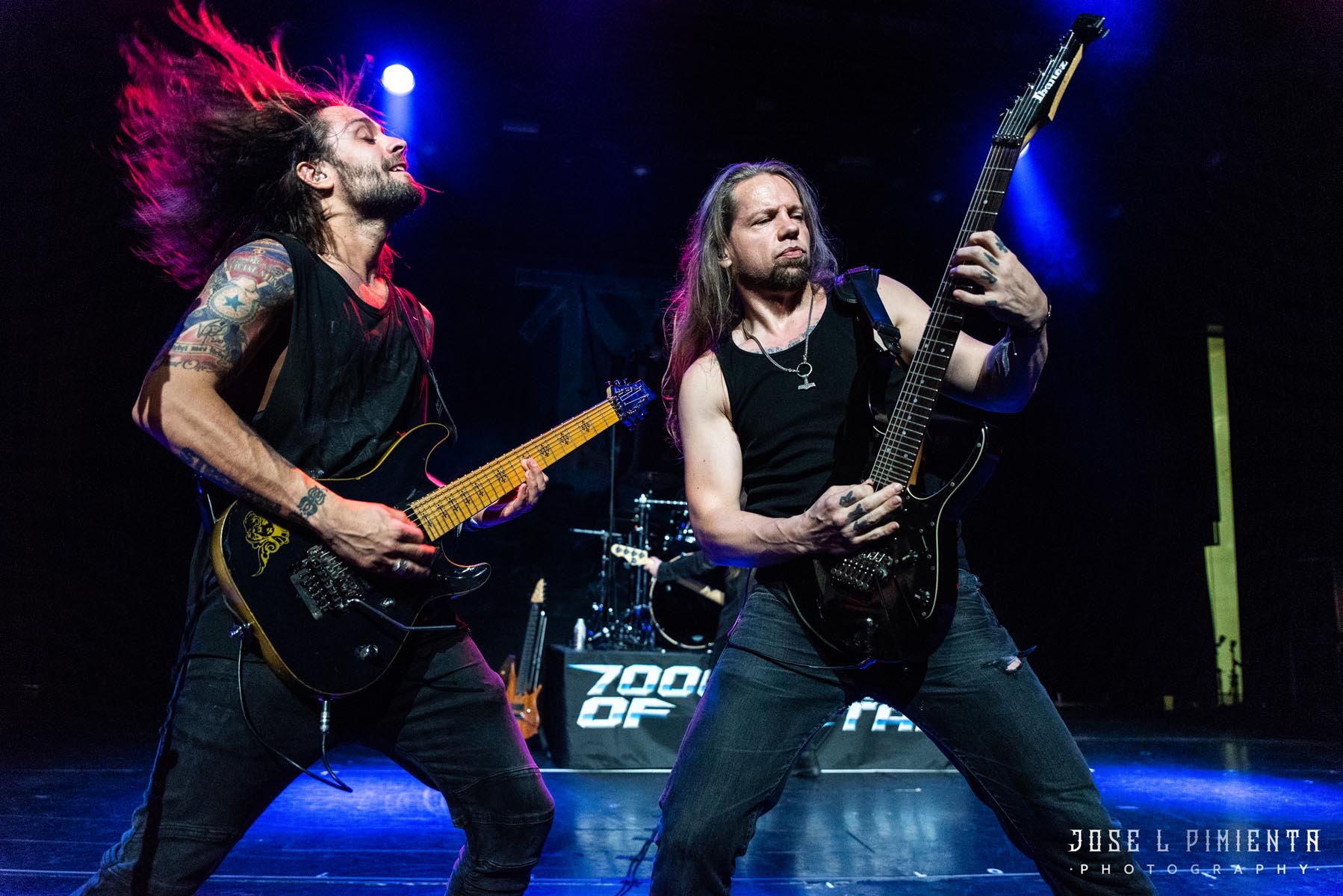 Just before 1600 we decided to get back to the ship and prepare ourselves for the music that would fill the rest of Day Three. Delain had the privilege of kicking off the night on the pool deck stage. They came dressed to impress, with the band all clad in bright, vibrant reds, soaking up the sun’s bright rays as though they were born for the beach. It wasn’t merely the bright presentation that made their performance special: the show featured multiple guests, each of them bringing a new surprise to a set that was already brimming with Delain’s practiced musicianship, a routine that could make a stage of any size seem large enough for a stadium.

Following Delain’s set, we wandered back indoors to the theater to catch TÝR’s second set. Though there’s just something special about listening to Viking metal on such a massive ship, what made this set particularly special was the enduring humor of the many fans. The mosh pit was brimming with swords, axes, and other medieval weaponry. Whether or not it was intentional, I found particular humor in the inflatable whale being tossed into the air, especially considering the controversy Heri Joenson had gone through for taking part in the traditional Faroese harvesting of whale meat. Traditions of culture and the enduring community of metal married flawlessly throughout their set, and further reaffirmed the spectacular choice to bring them onboard for the ninth round of 700000 Tons of Metal. 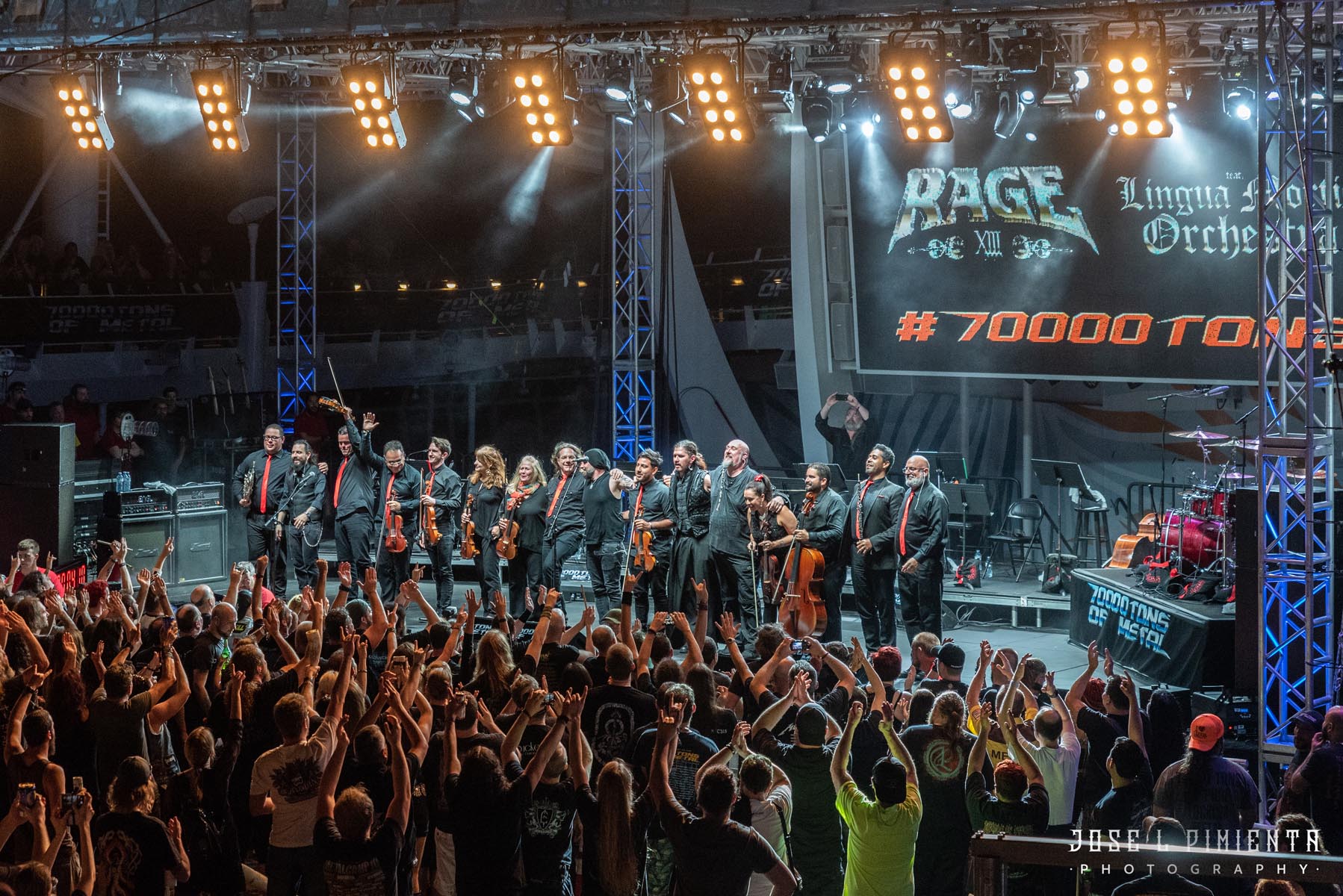 To darken the mood from folk-driven camaraderie, I ventured back out to the pool deck for another dose of Dark Funeral. Only once I saw them out on the pool deck did I realize just how truly surreal the experience was: Swedish black metal was being played in the dead of winter, as it was always meant to be, yet it was done under the arching heavens of the warm Carribean. I couldn’t help but picture Abbath running through the sand, rather than the powdered snow of a frozen forest. Though the juxtaposition between spirit and reality was somewhat jarring, their performance was one that  proved them well-deserving of their notoriety within the genre.

Relaxation was in order after a set so brutal, so I met up with my wife and friends at the buffet dinner, where we took a small chance to catch our breaths. As relaxing as the morning on the beach had been, it was back to the never-ending metal party, which was far from over. Folk was well in order following dinner, which meant settling into the comfort of the theater for Subway to Sally’s second set. Here I was struck by the sheer capacity of metalheads to love music without boundaries; as Subway to Sally invoked their most popular choruses, the audience was erupting in song, embracing the comfort of a language that many did not understand. Between the traditional instruments used live on stage and the grit of a more modern metal flavor, Subway to Sally embodied the spirit of a cruise that truly took listeners on a journey around the world. 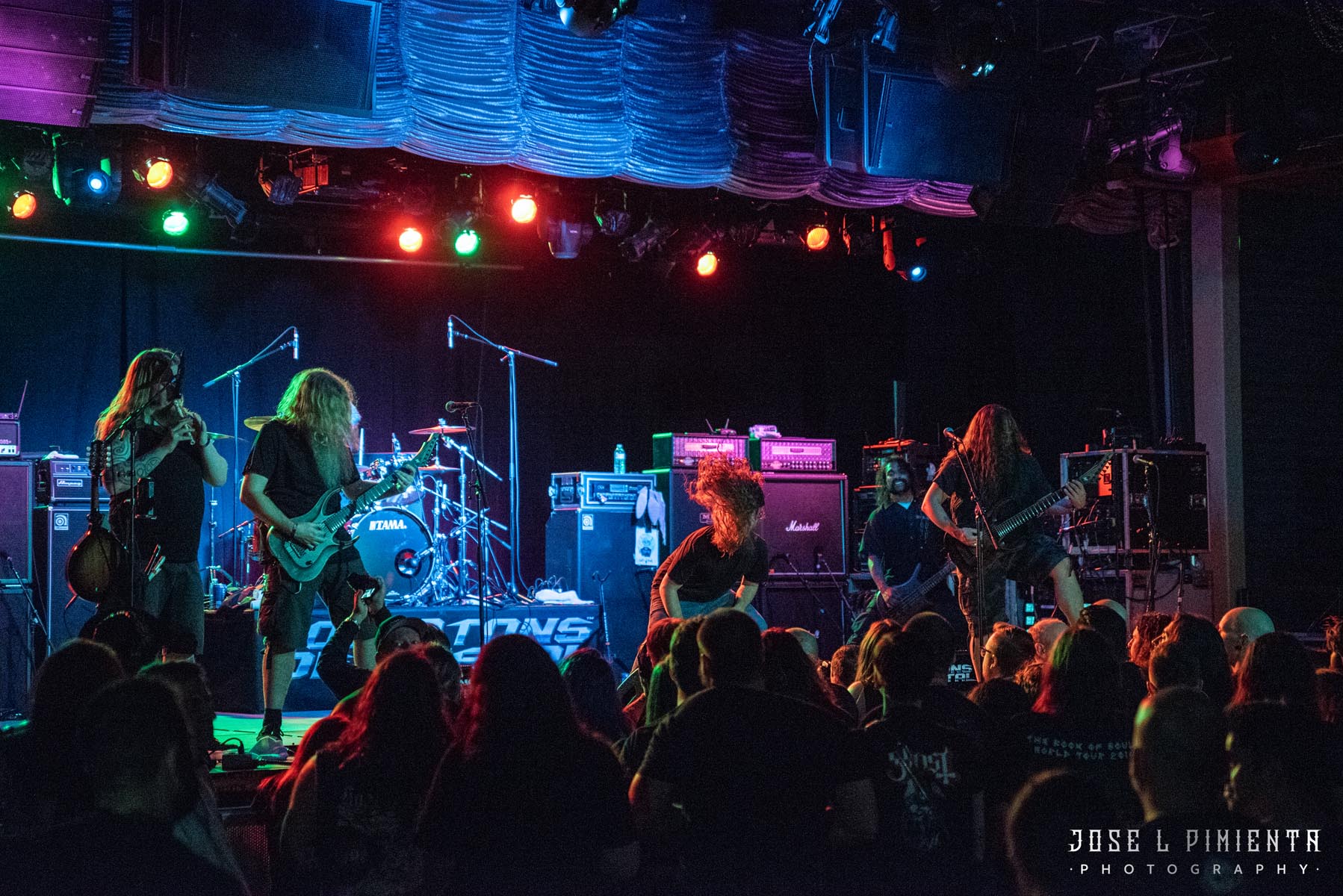 Finally, it was time for Rage & Lingua Mortis Orchestra to claim their place at the crown of the big open stage. While their set was identical to their first, it still felt like an incredible privilege to be able to see an act so well composed. The talent of Peter “Peavy” Wagner’s composition, alongside his enduring voice, was apparent in every note. His presence on stage was one that had the audience playing to his every whim; by the end of the act, everyone was singing along, hundreds of voices reaching up to the stars, repeated “we’re higher than the sky, sky, sky.” And in a way, it seemed they were; heads were banging, and hands were raised, but eyes were fixated on the stage in a near euphoric stupor.

The next set I had the opportunity to witness was a dream come true. Having found their album “Ravnenes Saga” in 2008, I had waited more than ten years for the opportunity to finally see them live. Straight from Denmark came the immensely talented folk metallers of Svartsot. There was undeniable excitement for their performance, which seemed to be yet another miracle that only 70000 Tons of Metal could pull off. All of the enthusiastic tension snapped within the first few notes that opened their set, throwing the crowd headfirst into a chasmic mosh pit. By the time they played their last song “Gravøllet”, everyone had submitted to the contagious rhythms and were clapping their hands together in the air, a perpetual round of applause for an extraordinary set. 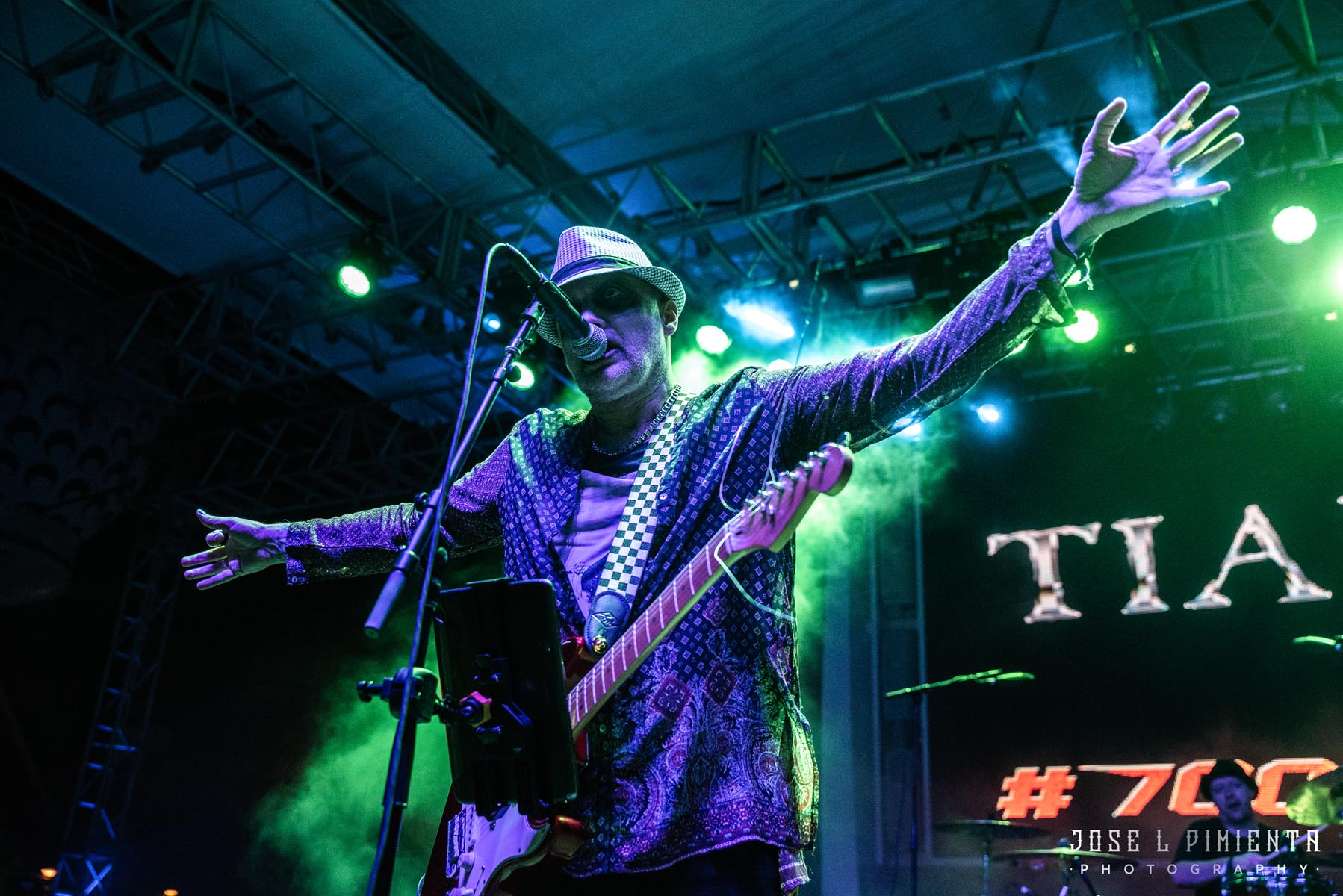 Midnight had already when we made our way back to the pool deck for another full-album performance. The number of exclusives I had the opportunity to witness on Round 9 of the festival was mind-boggling; this time it was Tiamat performing the entirely of the 1994 classic “Wildhoney.” An atmosphere that was both poetic and gothic rose from the mists of their doom-driven darkness, and the audience was absolutely enchanted by Johan Edlund’s haunting voice as it persisted into the night.

By the end of their set,  I decided to make my way back to the room and try to rest for at least a few hours before trying to catch Twilight Force a second time at 0500. However, it seemed that fate determine I would only have the opportunity to see them once, as I slept straight through my alarms. While I was sad that I missed out on what was surely a fun performance before the break of dawn, I knew it wouldn’t be my last opportunity to see them perform as they continue to gain fans from around the world. Besides, there was another day ahead of me, and I knew from years past that I definitely needed the rest.

Check out the other days coverage: Day One, Day Two, and Day Four