If ZW was in grade school, they’d be at the end of the line, based on initials.  Or sitting in the back of the classroom.  But these rock veterans are well beyond that point—and If It’s Real, their debut album, takes a backseat to no-one.

The Z in ZW is Mark Zonder, master drummer of bands like Fates Warning and Spirits of Fire. Gary Wehrkamp is the W, and he does pretty much everything except drums to reveal talents partially demonstrated in Shadow Gallery and Ayreon.  If It’s Real is a collaboration first discussed nearly 20 years ago; recordings began around 2014.

Wehramp, who is the mind and spirit behind the songs, says he went through a very dark period around then—no details forthcoming.  But the music and lyrics reflect a man in pain, overwhelmed by loss and suspicion and paranoia.  Most of the album reflects pure fear and depression.  If you’re looking for good time music that you can dance to, look somewhere else. But if you want an album full of raw emotion—with top-notch musicianship communicating the spirit of the lyrical content—If It’s Real is what you’re looking for.

The album kicks off with “I Can’t Believe,” the tale of a guy who is about to lose the love of his life and, as it says, can’t believe it’s happening. It’s an atmospheric ballad with some touches of Pink Floyd (no surprise considering Wehrkamp fronts a Floyd tribute band).

The title track is up next, continuing in that atmospheric motif. The narrator can’t tell what’s real and what is fantasy.

“And in my aimless and dangerous fall
I’m afraid what my pain just may reveal
I could shake this paranoia
If i could only tell if it’s real
If it’s real.”

By the way, the video for “If It’s Real” is terrifying, disturbing, with a suicide by hanging scene.  Powerful but gut-wrenching; don’t say you haven’t been warned. 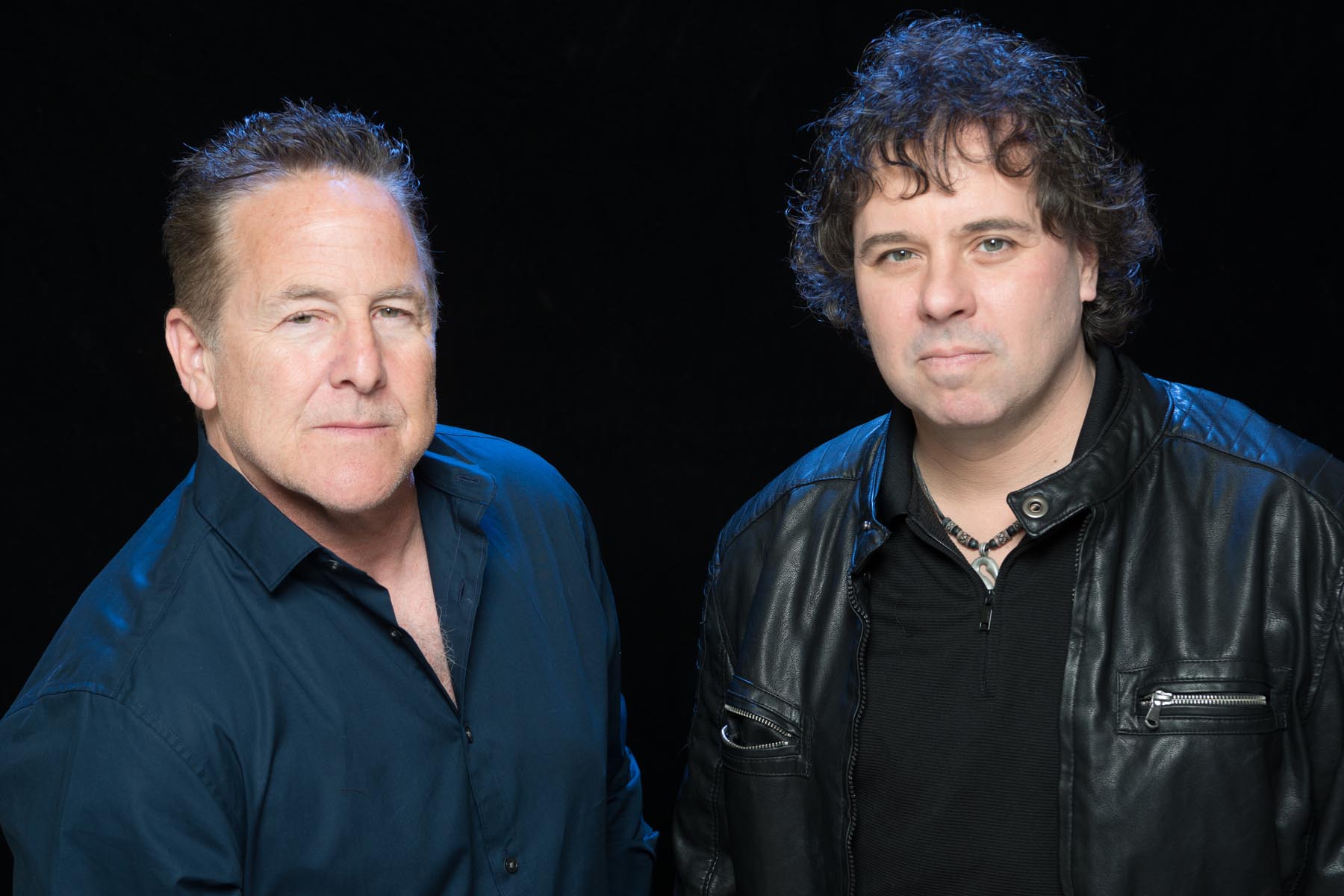 “I’d Do Anything” is reminiscent of the Smashing Pumpkins’ “Disarm,” with dramatic guitar strumming kicking things off.  As the title indicates, the narrator is desperate to keep that special someone around, and is willing to go to any lengths to make it so. “Last Place” shows Wehrkamp’s keyboard skills—but also features a plaintive guitar solo midway through.  There’s a certain resignation to this one, the end of summer meaning the end of a relationship and leaving the narrator in last place.

And then “Two Years” kicks in with a hard rock punch, guitars and drums and angry vocals, a huge contrast to what came before.  The title refers to the amount of time that the narrator has been without his lover/friend/whoever—and the pain has not subsided one bit.

“I surrender
Held up in this hell
Forever far from feeling
Or healing
And I remember
Remember all too well
And I have yet to learn how to Escape
This ‘Carousel of Memories’
The days the lights had all gone out.”

I warned you that this is not easy listening.

“Where are the Children Going” is a fatalistic view of the future, a skepticism born of seeing too many bad things happen in this world.  It’s a bit of a power ballad with thought provoking lyrics. Zonder’s brawny drumming kicks off “Too Late.”  For some reason, I can’t stop comparing this one to Def Leppard’s “Too Late for Love”—maybe it’s just the prominent words, repeated throughout.  But the subject of that band’s song is some unnamed woman who won’t find love.  In Wehrkamp’s tale, it’s too late for the protagonist.  A woman done him wrong and IF she comes back, he’ll have moved on.  But there’s no guarantee that she’ll do that, of course; he’s trying to convince himself that he’ll have the last word.  This one may be my favorite, because it’s got a real sonic punch to it.

“The Next Big Thing” is another “she dumped me and I need to move on” song.  Boy, Wehrkamp must have been through a really rough relationship.  But there’s little mope on this one—Zonder’s drums keep things really moving, and Wehrkamp’s vocals soar, especially on the chorus.  ZW say they tried to get some well-known singers to handle those duties on the record, but nothing panned out and Wehrkamp picked up the microphone himself.  That was fortuitous. Nobody else could have put the emotion into these words except the man who wrote them, the guy who went through the experiences.  And he’s a helluva vocalist to boot.

“It’s Not the End” breaks the depression cycle, offering words of hope for the future.  “I’m trading all that fear for love inside.”  There is a light at the end of the tunnel. Which brings us to the closing track, “Goodnight.”  Perhaps ironically, the oldest cut on the album is almost a lullabye, a piano and voice refrain where tomorrow may hold better things.  After all the turmoil and blackness of If It’s Real, this short elegy (less than 2:00) is a bright way to end things.

This album could have been a Wehrkamp solo project.  He’s a fine drummer in addition to everything else, and these are his songs.  But he wanted to work with Zonder, and that’s a great decision.  Mr. Z adds a hard rock/metal edge to the proceedings, one that elevates the music while punctuating the lyrics.  Mark is one of the best at what he does (and that’s been true for nearly 40 years), and he deserves co-billing in ZW.

I’d be remiss not to mention a couple of other things.  First, Wehrkamp produced this album and shows, again, just what he can do to put together a great sounding work.  And the legendary mastering engineer Rich Mouser added his finishing touches to the mix; that in and of itself is a mark of quality.

If It’s Real is not background music.  It requires attention be paid, and it forces the listener to deal with pretty uncomfortable feelings.  Heck, I’ve been happily married for more than 13 years and the music/lyrics gave me emotional flashbacks to some bad relationships that ended decades ago.  But that’s part of the power of these songs.  Strong tales, well told and performed—If It’s Real is really good. ZW comes to the front of the class.

Zonder and Wehrkamp have brought years of experience and talent to this project, which is an emotionally-charged reflection of bad relationships and inner turmoil. This is not easy listening, but rather requires some introspection—with a powerful beat and wonderful musicianship