In the shade of death, they sit.

This present trend in metal circles of emulating the past has left everyone with minimal expectation of being surprised, but every now and then a project will emerge that will take even the most astute of listeners aback. To be fair, the trio of musicians that round out the ranks of XPUS are not so much a fold of newcomers paying tribute to the titans of extreme metal’s past as they are veterans that have been slogging it out in the underground for some time, two of them going back to the late 1990s. In keeping with this, their highly theatrical presentation with an eye to the blackened death aesthetic might lead one to assume them a band bent on becoming Italy’s answer to Behemoth, but the sonic reality hearkens back to something a fair bit older and more rustic in character. This isn’t so much to say that their 2020 sophomore outing “In Umbra Mortis Sedent” is a crackling, frosty throwback to the humble origins of 2nd wave black metal, but it leans a fair bit closer to said character of sound at times when compared to polished colossuses like The Apostasy or Evangelion.

Putting aside this outfit’s fetish for Latin phrases and lyrical polemics against the Roman church, the blackened character of this album is a subtle one, largely manifesting as handful of atmospheric quirks in what is otherwise a consistent emulation of the early to mid 90s New York death metal sound. The dankness of the production is not quite as extreme as was heard on “Onward To Golgotha”, and bassist/vocalist Luca “Aren” Arnoldi’s low-tone grunts don’t quite reach the depths originally explored by Craig Pillard, but this album takes about as many pointers from the early days of Incantation short of becoming a tribute outfit. The presentation is a bit more primitive in demeanor than the seminal death metal offerings of said band, as guitarist Mornak largely sticks to banging out minimalist riffs with a heightened doom element and rarely breaks out into any pronounced lead breaks, occasionally showcasing subtle early 90s Norwegian black metal flashes on select segments of “Blood Rite Of Liberation” and “Righteous Hands Of Molestation” 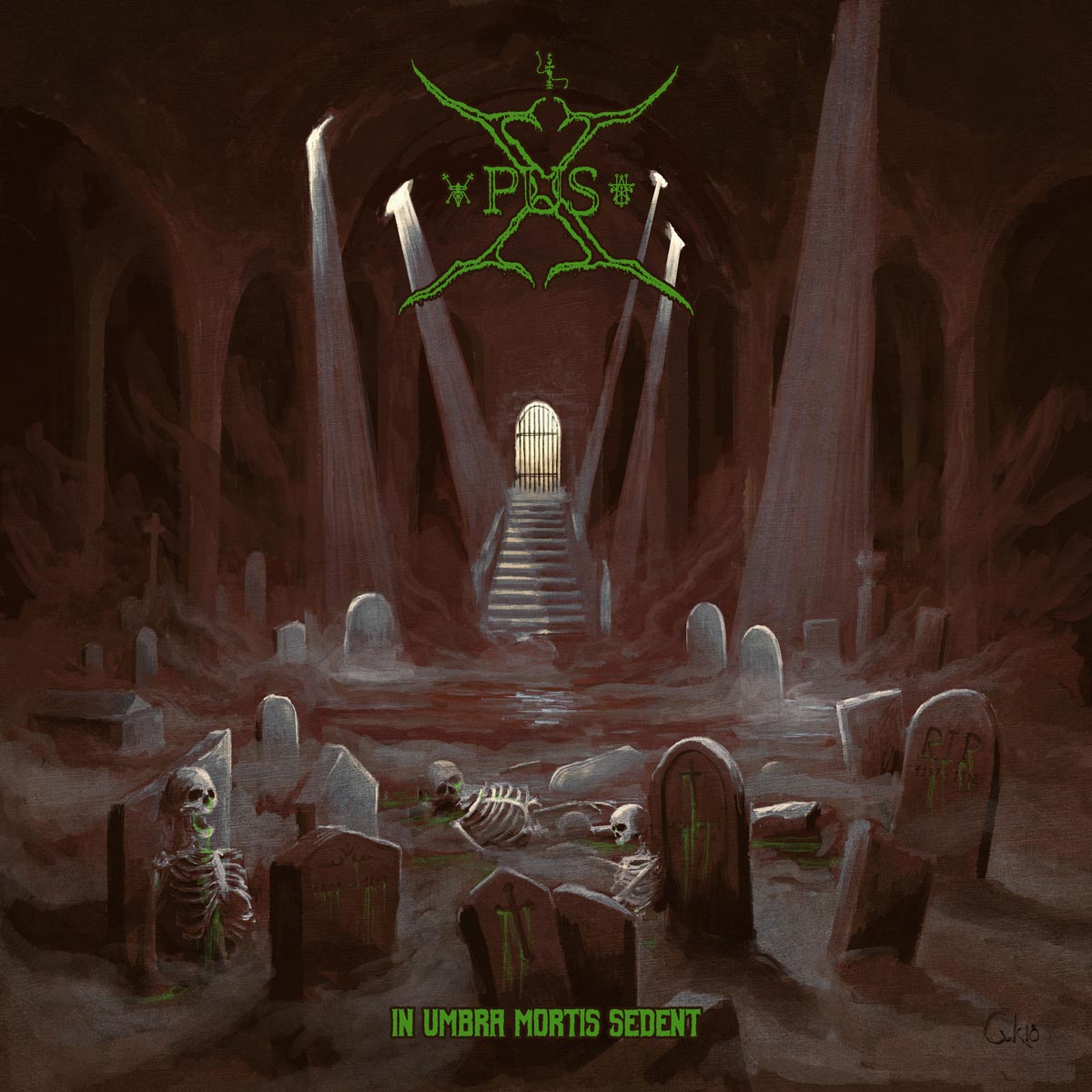 For what this band may lack in fancy technical feats, they largely compensate for with a bleak, forbidding atmosphere that reminisces upon the days when Black Sabbath’s game-changer of an eponymous song first shocked the masses. The recurring employment of a church bell, along with a number of ambient sounds helps to buttress an already dark and murky setting, lending strongly to the band’s theatrical character in a manner somewhat reminiscent of Deathspell Omega’s programmatic format. Nevertheless, where this album really sets its sights is upon straightforward aggression with a muddy backdrop; and whether it be blasting beasts like “Into The Sphere Of Madness” and “Clerical Rooms Of Depravity” or somewhat more melodic speeders like “Blood Rite Of Liberation”, this album tends to come off as more of a missing link between the 90s New York sound and the slightly older yet still vile early offerings of Morbid Angel. In this context, the tinny black metal shimmer that is painted over this album functions more like a distorting lens that both gives the album its unique flavor, yet also robs it of a level of impact.

While this is an album that largely sticks to an existing convention, it presents itself in a fairly unconventional manner, melding together two divergent influences from the early 90s and coming out with something that would not have likely been heard at that time. Perhaps it is a sign of the extreme metal world coming full circle as the ongoing refinement and separation of the various stylistic devices into distinct sub-genres has led some to rediscover a time when the lines weren’t so clearly drawn. Yet in spite of this uncommon disposition, this album does want for a bit more in the detailing department, as the songwriting tends to be largely straightforward and doesn’t venture too far beyond what had largely become conventional death metal circa 1993. It is a decent offering and pretty much tailor made for any fan of the original incarnation of Incantation, alongside the early offerings of Incantation, Darkthrone, Autopsy and Morbid Angel; but it doesn’t quite hit that same sweet spot that said bands and many of their contemporary imitators hit back in the day.

Order your copy of “In Umbra Mortis Sedent“ from this location.

A trio of decrepit trolls from the caverns of Lombardy re-emerges after a five year of studio hibernation to unleash another blackened opus of death, destruction and darkness with eyes affixed upon the early 90s New York death metal scene