When writing a review for a mostly instrumental album, it seems almost bizarre in a way to use words, when so much of the album tells its message through the music alone. Drawing messages and painting emotions using instruments alone is not an easy task by any stretch of the imagination, but it’s a mission that multi-instrumentalist Xavier Boscher is more than up to.

Xavier Boscher is a French Rock Prog Metal guitarist who has released many albums since 1999, either under his own name moniker or as part of other projects (Nebuleyes, Misanthrope, Continuum, etc.) He began his solo career with pop & rock new-age guitar style. His last album Embryogenesis, which is the subject of this article, is a prog-metal concept disc. Although there are no vocals for seven of the eight tracks, the feeling of a story told in a concept album fashion exudes through the song titles. Now, for the uninitiated, let me explain that phrase, “concept album”. A concept album is an album featuring a cycle of songs expressing a particular theme or idea. The fact that Xavier was able to convey a story, and a message through just his instrumentation speaks very highly of this talented musician. 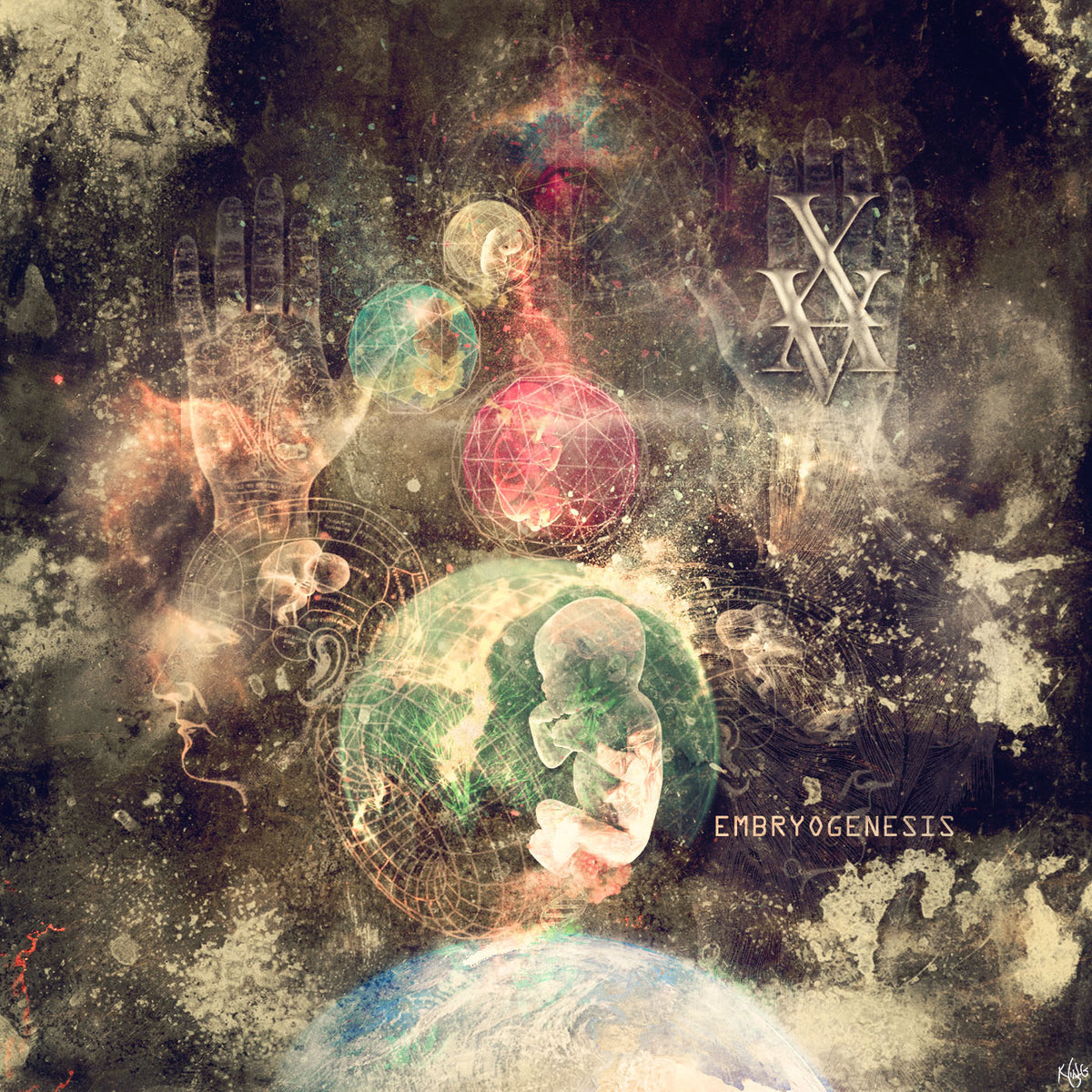 The tag-line for the album states that “Human embryogenesis is the process of cell division and cellular differentiation of the embryo that occurs during the early stages of development. In biological terms, human development entails growth from a one-celled zygote to an adult human being.” The music could be largely described as “progressive metal”, but to lump it into that category alone would be to dismiss all the beauty that permeates this excellent album. The record is ostensibly guided by the enormously varied guitar work of Boscher, who seamlessly blends metallic riffs with acoustic or jazzy passages, shades of techno, rocking melodies and anthemic moments, all intertwined with acoustically filigree, even including some orchestral classic moments. Through nearly one hour and ten-minute disc, listeners are treated with a trek through a music-biological progressive orgy told through bass, guitars, drums, and keyboards, one that I would sum up as simply beautiful and melodic rock.

Comparisons abound, and I’ve read some opinions stating apparently obvious similarities with the Dream Theater sound. While for some this might sound like a compliment, really is Embryogenesis it’s far from being just a copycat work channeling influences from established bands. Xavier has managed to create a precise dish out of his own recipe, one that is not only mature, but thought-provoking, and nearly magical. His guitar playing is a breath of fresh air, he’s not aiming at demonstrating how many notes he can shred through, he plays instead to convey sentiment: to make us feel and sense his words through the musical notes.

With nine well-conformed tracks Embryogenesis, is a journey through a musical soundscape of pictorial nature, plenty of dynamics and combining energy with long-lasting relaxed moments. Though I’d hate to pick a favorite tune here, I would be lying if I didn’t say that the title track carried some sort of illuminating moment for my ears. Clocking in nearly 20-minutes, that song is an epic and proverbial roller-coaster ride of carefully birthed sound-strokes. If this album is of any indication, Xavier Boscher shows no signs of stopping, and I believe that his magnum-opus is still waiting to be written. In the meantime, I can say that Embryogenesis will remain in my favorite musical rotation for a long time in the future.