“Ooh my my, you look so fine…I’ll show you mine if you show me yours, c’mon baby shimmer and shake.” So goes another daintily veiled yarn of poetry from the ever so subtle lyrical canon of David Coverdale and his Whitesnake.

Flesh and Blood is the latest collection of hard rock tunes from Coverdale’s clan, who first hit the scene with Snakebite all the way back in 1978. And while the sound of the records has evolved over the years, from a less aggressive, blues based vein to the heavier, guitar God sound that made them MTV legends, the lyrical subtlety has not. Hey, it’s Whitesnake, the guys that gave us Slide It In. At least they’re consistent—you know what you’re going to get.

And that includes some powerful in-your-face guitar work. The revolving door of musicians that list Whitesnake on their resume is overwhelming. But so is some of the playing, as historical video footage of John Sykes performing live will easily testify. The guitar chairs initially held by Micky Moody and Bernie Marsden have been filled over the years by the likes of mammoth players like Sykes, Steve Vai, Adrian Vandenberg, Vivian Campbell, Warren DeMartini, Doug Aldrich and Reb Beach. The latest two Whitesnake releases feature the “newest face” of Joel Hoekstra (formerly with Night Ranger) along with Beach (still part of Winger), and from a guitar playing standpoint, it’s much like David Coverdale’s face—there’s no sagging in sight, despite the miles put on over the years.

On their 13th studio release, which contains 13 tracks, Whitesnake sticks to its formula that produced previous success, delivering a crunchy collection of guitar-forward tunes with not so subtle songs about girls and “having a good time.” In fact, that seems to be the goal for the band when recording this one. It sounds like a record that they wanted to have fun making. It also sounds really good from a production standpoint. Tommy Aldridge’s drums are clean and pounding in the mix, flanked by the roaring twin attack of Beach and Hoekstra. Bass player Michael Devin and keyboard player Michelle Luppi deliver fat sounding, rounding out support that stands out for not particularly doing so. It’s sonically polished without losing its edge, and has the vibe that it could easily have been released nearly three decades ago when guitar rock was still in fashion with the masses.

Indeed, the video to “Shut Up and Kiss Me” features the same white Jaguar and Coverdale’s jacket from the infamous 1987 “Here I Go Again” video. There’s a retro vibe that reaches back to the day when guys spent more time on their hair than the girls did. 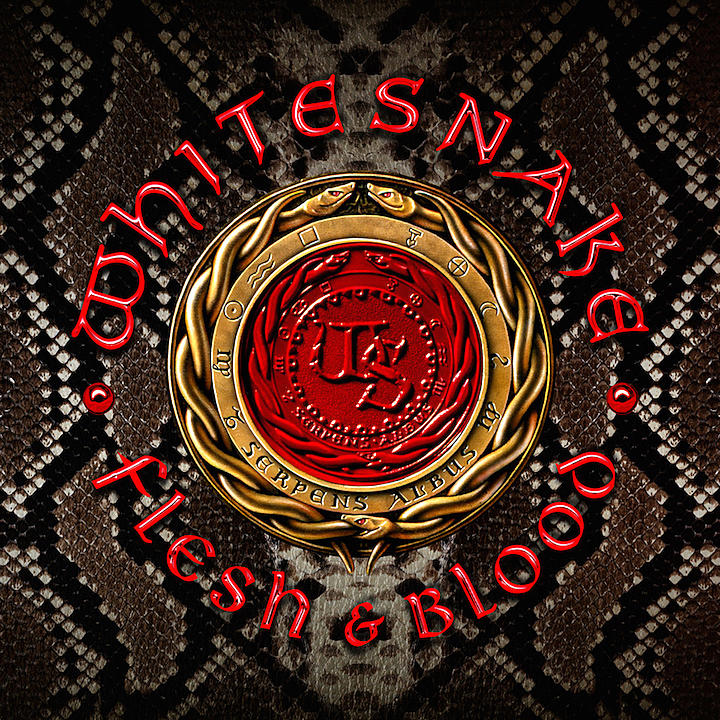 Props to Beach and Hoekstra, because they sound really solid here. If we’re being completely honest, Coverdale’s voice perhaps not quite as much. But then again, let’s be realistic. Anybody that has been shrieking and wailing on the road for about four decades is going to have some scars to show for it. David’s voice is a little thinner than what you’ll hear in “Still of the Night,” but so is the hair on my head. Welcome to life.

Some songs rock a little harder than others, with stronger tracks like “Trouble Is Your Middle Name,” “Shut Up and Kiss Me,” “Well I Never” and “Get Up” floating to the top of the heavier tracks. “After All” comes in as the lightest moment on the record, and one that doesn’t really stand out, but the slow blues “Heart of Stone,” probably the second lightest track on the album, is undeniably also one of the best. Coverdale’s performance here is full of the stuff that give him that signature voice, and the soaring guitar leads are classic Whitesnake fodder merging ripping power with melancholy strains.

Much like the overlyfamiliar cover artwork, the 13 songs here don’t reveal anything new about Whitesnake, but as a whole this record does make a case that they’re still worth catching live on the new tour that just kicked off in Oklahoma and Texas. The band will make stops along the Southeast and Northeast corridor of the United States in April and May before heading overseas, so you may want to act fast and get tickets if you’re hoping to see Whitesnake in the “Flesh and Blood.”

Frontiers Records extends the career of another band whose heyday has long since passed, but who continue to pump out guitar heavy records that feature some burly playing and surprisingly good sounding production. While Coverdale’s voice is showing some wear, the twin guitar attack of Reb Beach and Joel Hoekstra deliver a blaring batch of songs that are more focused on fun than lyrical nuance