It seems that Halloween has come early this year, with accomplished horror artist Wednesday 13 drawing his newest album out into the light. In a work that draws inspiration from the genres of horror, goth, and punk, their upcoming album “Necrophaze” emerges as an enticing showcase of the intersection between musical genres and ghoulish cinematic flair.

“Necrophaze” delivers the aspirations of every tween goth putting eyeliner on for the first time, but does so with the thoughtful songwriting of a musician of the highest calibre. Mistaking these horror-filled haunts as a product of childish immaturity would be a gross miscalculation of skill; the artists of Wednesday 13 prove themselves to be masters of balancing both content and composition across a diverse range of styles, while staying true to the gothic nature that built the band’s reputation.

The record opens with a bold, jarring passage of spoken word wrapped in synth that hits like a wall of ice. One of the strongest on the album, title track “Necrophaze” demonstrates that the accent of spoken word can surpass the realm of cringeworthy gimmicks to become genuinely alluring. The cold, robotic voice that croons of the macabre generates instantaneous immersion into a personal horror flick of the listener’s own delight, but “Necrophaze” is just the beginning.

Other tracks, most notably “Bring Your Own Blood” and “Be Warned,” also set the mood with a diverse cast of dynamic voices. In the former track, listeners overhear a group of rowdy teens clamoring with one another on their way out for a night of partying, while the latter draws the audience in close for an intimate staging of a familial horror story.  With subpar voice actors, an album focused so heavily on dialogue risks falling flat, but “Necrophaze” is all the richer for taking the gamble on its talented cast.

The influences of rock and metal bleed plainly across a sound that can best be described as horror-punk, but it’s the richness of the synth soundtracks that draw “Necrophaze” into the next realm of sophistication. Their haunting pervasiveness was left in the expert hands of Roy Mayorga of Stone Sour, and has splashed electric influences of the 80’s across the album. Guitars and synth scores tangle in an epic dance behind the unmistakable raspy voice of Wednesday 13, transporting listeners to a stage of the artist’s own making. Each subtle vibration and every tone seem intentionally placed to delight the senses and drown out the world beyond the sound. 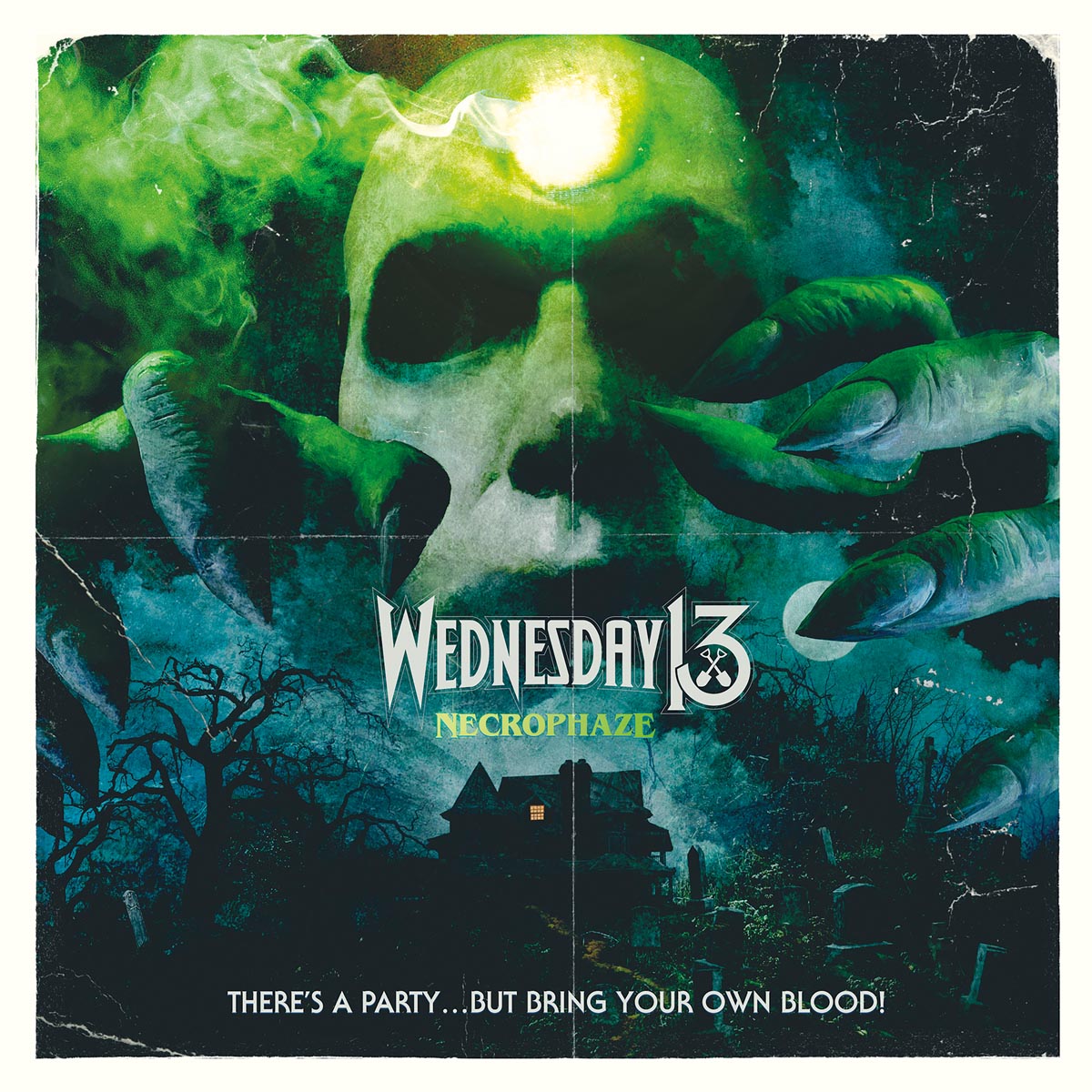 Mayorga is far from the only star-enshrined talent to appear on this album. Wednesday 13 also weaves in the skills of Alice Cooper, Alexi Laiho of Children of Bodom, and Christina Scabbia of Lacuna Coil. The playful, exciting, and enthralling atmosphere that make the album stand out so brightly are in part a result of the seasoned hands of DevilDriver’s guitarist, Michael Spreitzer, who worked with the band on recording, mastering and production.

Above all else, “Necrophaze” is a joy to experience. From playful party song “Bring Your Own Blood” poking fun at 80’s horror films, to the more somber tale that weaves the doom-inspired depths of “The Hearse,” there’s something for audiences of all preferences to enjoy. Balanced in both overall pacing and diversity of genres, “Necrophaze” is prime to be devoured either in full or in part. Overarching themes that encompass horror movies, true crime, and the life experiences of Wednesday 13 himself, the album works as a comprehensive storyline or as chapters of a book that can be enjoyed alone without losing any of the marvel. Perhaps most importantly, “Necrophaze” serves as a reminder that having fun and a true showcase of musical talent are not mutually exclusive.

Most clearly born of both visionary talent and a true passion for the darkness, “Necrophaze” is the full-body experience of Halloween itself distilled by the hands of talented musicians. This is a work that fans of any genre can not just indulge in, but enjoy without reservation.