The apocalypse rains down with futuristic precision.

A little less than a decade ago a sizable number of blogs and even some larger metal media outlets were pronouncing the thrash metal revival dead and offering up their inane post-mortems to the online abyss, completely oblivious to the nature of the very medium through which they propagate their opinions. The internet has been a game-changer in connecting the underground with the music it seeks, circumventing the whims of major label tycoons and MTV in a way that the 80s tape trading circuit could never have dreamed of, and inoculating various art forms from the death-like state that follows a trend’s demise. Nevertheless, there is an ebb and flow to the way in which a style manifests itself, and the pizza and beer obsessed days of the late 2000s have given way to a greater emphasis on thrash’s more vicious side, and among its steadfast proponents stands Warbringer, a band that has tenaciously brought their militarized brand of neck-ruining mayhem to the table consistently since the threshold of the retro-thrash party days of the mid-2000s.

Though this outfit has never slouched an iota in the aggression department, their sound has come to enjoy a greater degree of eclecticism in expressing said rage, and their 2020 LP “Weapons Of Tomorrow” provides a very nuanced mixture of influences while still pulling zero punches. Having always carried a strongly Bay Area-inspired foundation to their craft that conjures comparison to the likes of Exodus and Testament, this old school accessibility is meshed together with a more extreme level of impact that incorporates the dissonant tonality and chaotic elements of Slayer, Demolition Hammer, and occasionally crosses into the melodic death metal musings that occasionally accompany more recent offerings out of Kreator. This latter element of vileness is accented by a raw and depraved vocal performance out of front man and co-founder John Kevill, who splits the difference between Mark Osegueda’s higher pitched snarl and Tom Araya’s sepulchral shouts and shrieks, but the collective barrage of riffs, solos and rhythmic bombardment surrounding him puts it all into focus.

It might be misleading to assert that Warbringer has reached a pinnacle of maturity with this latest offering, given the youthful rigor that it exudes, but it’s likely the only way to accurately describe its brilliance. It presents a road not taken scenario for the latter days of thrash metal’s original run in the early 90s where things became more technically involved and progressive, but without losing the energy factor. The “…And Justice For All” pitfall of dragging things out too long and forgoing any accessible 3-4 minute bangers is avoided, as punchy riff monsters like “Crushed Beneath The Tracks” and “Power Unsurpassed” keep things short and to the point, all the while still finding occasions to deviate from pure Exodus emulation with some needed twists and turns, not to mention some truly wild lead guitar mayhem that rivals Forbidden at their technical peak. Likewise, moderately longer anthems such as “Outer Reaches” and “Notre Dame (King Of Fools)” throw in some solid breaks in the mayhem while largely showcasing the band in their most unhinged, speed-obsessed best. 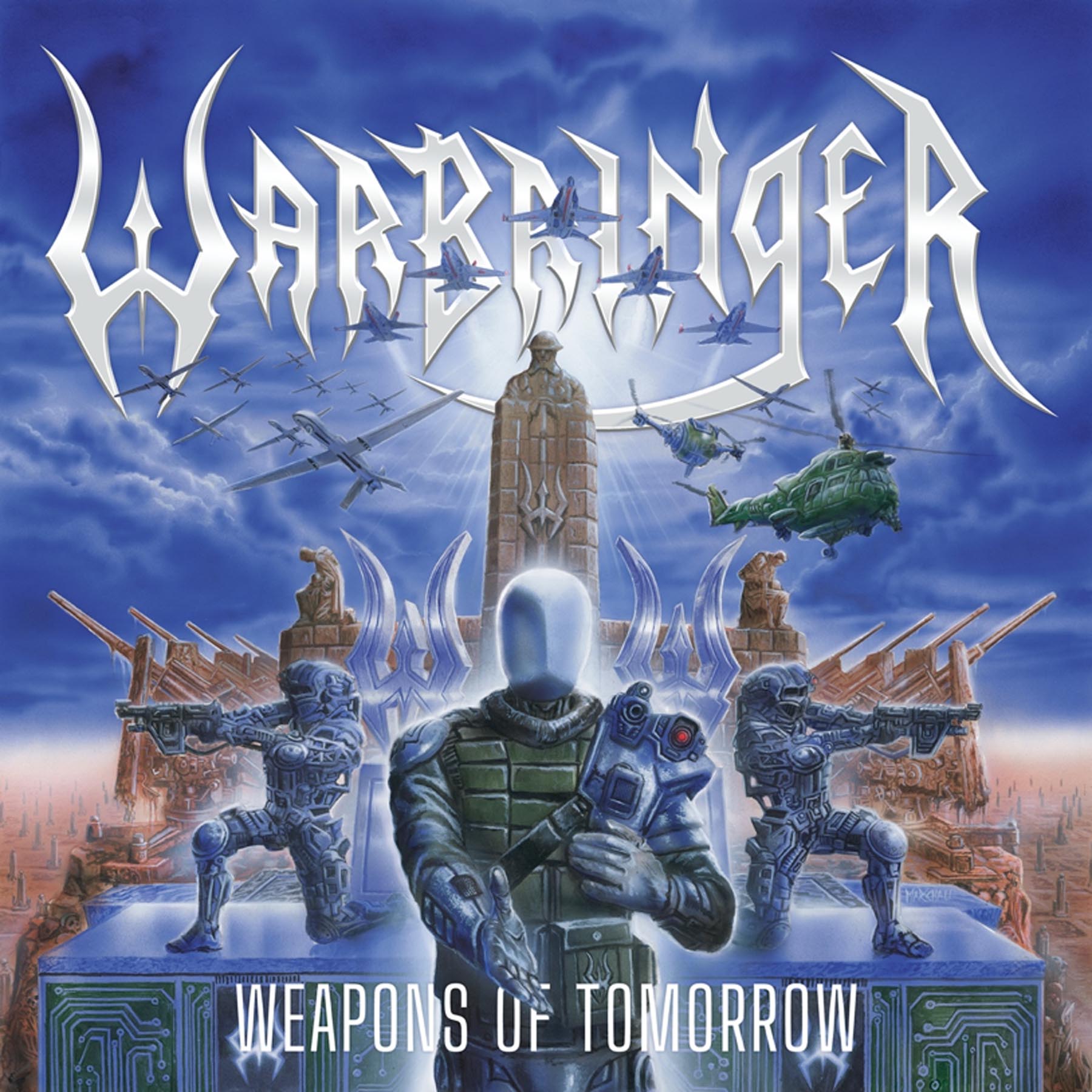 The real genius behind this album, however, is its ability to step away from the mass execution of aligned spinal columns and present something that is more stylistically intricate, all but to the point of challenging the conventions of this band’s adoptive movement. This is best demonstrated in the creepy, almost blackened epic thrash ballad “Defiance Of Fate”, which presents a far darker take on the sort of atmospheric balladry that Metallica and Testament would occasionally dabble with and features an up-tempo segment with guitar harmonies ablaze that would win Brian May’s instant approval and an almost Viking-like vibe that might leave one expecting to hear Abbath chime in with a guest vocal slot. “Heart Of Darkness” takes the same gloomy balladic premise and splices in some more pronounced black metal elements that also hint at an Immortal influence, save the vocal timbre. Even the somewhat more conventional closing song “Glorious End” flirts with extreme black/thrash territory in how relentlessly it lays on the melodic tremolo riffs and dreary melodic elements.

The year is still pretty young and a massive plurality of bands have yet to unleash their latest albums upon the denim-clad masses, but Warbringer have definitely hit a sweet spot here that will prove a cut above most of the rest when all is said and done. Some stylistic fences have definitely been straddled in the process, but this is the sort of well-rounded thrashing affair that any trustee of the revival can sink their teeth into before going for their next chiropractic adjustment. The crossover appeal to more extreme pallets is clearly present, albeit a bit less blatant compared to the likes of Skeletonwitch and Toxic Holocaust, and those complaining that thrash metal is the least adaptive art sub-genre on the metallic spectrum would do well to give this a listen prior to going back to the drawing board. These days of compulsory quarantine and social isolation may be weighing us all down, but these thrashers have provided all with the latest in futuristic weaponry to combat the monotony of our present situation with a clenched fist raised towards the sky.

Order your copy of “Weapons Of Tomorrow” from this location.

One of the thrash revival’s most consequential and intricate purveyors rains down the mayhem like it’s going out of style, unleashing a volley of precision weaponry that merges the raw fury of Demolition Hammer and Slayer with the vintage melodic sensibility of Exodus to masterful effect