Welcome to your death-day party.

With age may come experience, but in metal circles, it seems that experience tends towards embracing newer practices while the younger entries into the style have been breaking in favor of older, more traditional expressions. Much like their slightly better known contemporaries Jag Panzer and Helstar, California-based veterans of the 80s USPM movement Vicious Rumors have been in no rush to outright revisit the days of yore where every other sung note shattered random glasses in the bar and the style’s NWOBHM tendency were on its shirtsleeve, though they have carried a remnant of that era with them in more recent times. The later advent of thrash metal and then the 90s groove metal craze has naturally played a role in how this band’s output has evolved since their seminal lead vocalist Carl Albert tragically died in a car accident in 1995, though a subsequent revolving door of lineup changes that has left founding member/guitarist Geoff Thorpe and long-running drummer Larry Howe as the only parts of this fold with a direct connection to their formative years also takes precedence.

Nevertheless, change is not necessarily a bad thing, and while the current incarnation of Vicious Rumors consists more of rank newcomers, the core of their modern sound has been maintained almost seamlessly. The template of sound that defines their latest installment and 13th studio LP “Celebration Decay” is mostly rooted in a biting, rugged mode of heavy/power metal that is fairly similar to what the likes of Tad Morose and Brainstorm have been bringing to the table of late. There is also a fairly strong modern thrash metal character to the production, which does make sense as former Testament bassist Greg Christian provides the bottom end of this opus in a guest capacity. Generally the riff work is of a punchy and aggressive character, almost like a simplified version of Jeff Loomis’ latter day work with Nevermore that’s been spiced up with more melodic lead guitar lines, while new arrival Nick Courtney’s vocal work balances a jagged growl somewhat reminiscent of Warrel Dane with a powerful cleaner element fairly similar to Harry Conklin and James Rivera.

What this album may lack in subtlety it largely compensates for by sheer impact, relying upon a beefy production offered up by Trident Studios mastermind Juan Urteaga, whose work with such noted thrash outfits as Testament, Heathen and Laaz Rockit has heavily shaped said style’s modern sound. As such, regardless to whether things lean towards a more melodically-tinged anthem or a pulsing groove fest, there is a consistently powerful and mechanistic quality to how the each note strikes the ears. Indeed, despite the songs generally being of a concise character, there is a fair amount of variety that is veiled by a colossal guitar, bass and drum barrage that gives more aggressive, speedy riff monsters such as “Collision Course Disaster” and “Celebration Decay” a sense of commonality with more restrained, groovy and hook-driven songs like “Long Way Home” and “Asylum Of Blood”. Then again, while the majority of this album’s foundation is a fairly static expression of rage, the guitar soloing proves highly dynamic and engaging, as is Courtney’s vocal delivery, which often runs the gamut of growls, shrieks and haggard croons associated with the style within a single song. 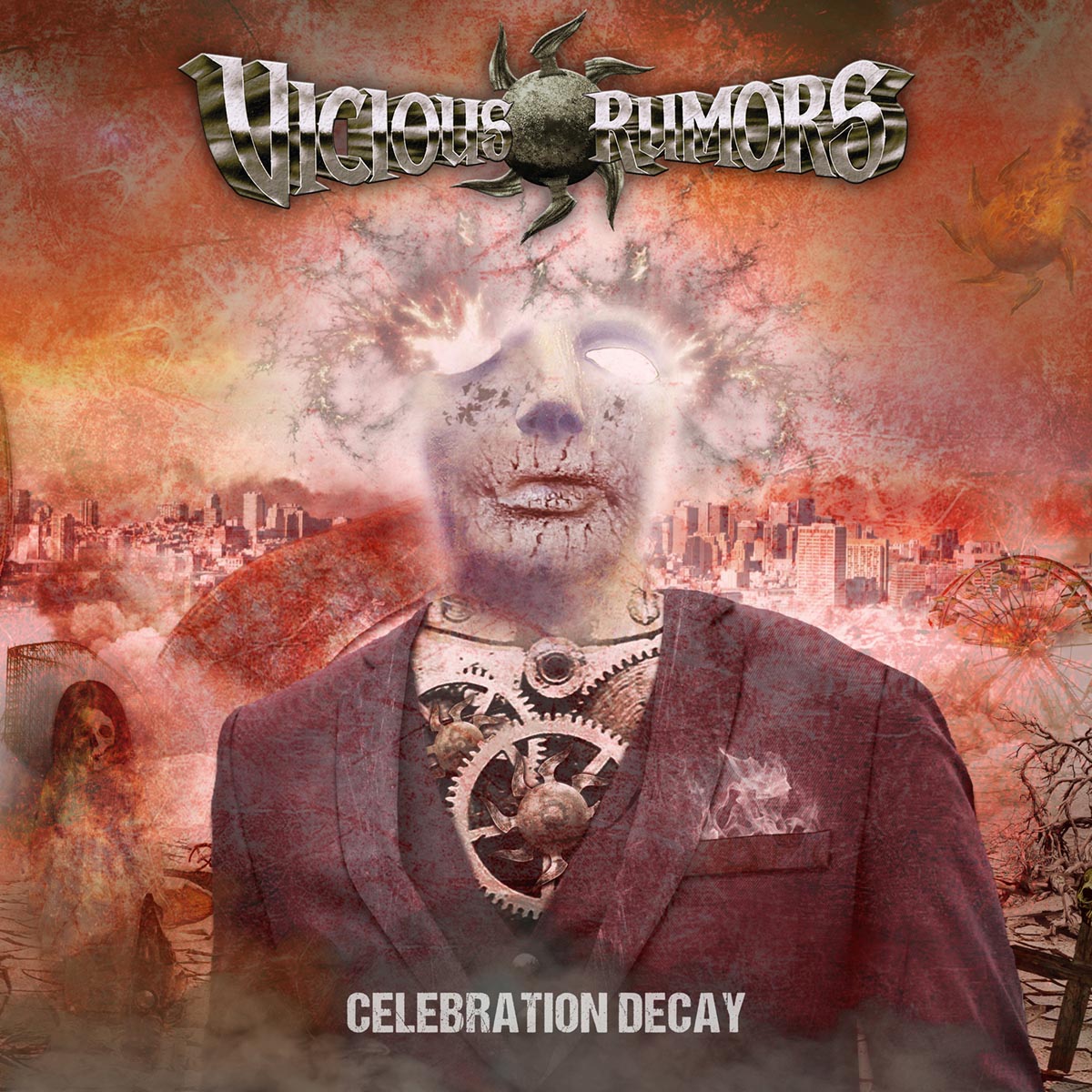 Naturally while the sonic character of this album is rigorously consistent, some segments of this chugging machine glisten a bit more brightly. Most of the standout moments on this album generally involves a greater degree of elaboration and a noticeable dose of this band’s iconic 80s USPM past. Perhaps the most blatant demonstration of both is the dense, guitar-harmony rich and galloping mini-epic “Arrival Of Desolation”, which leans the closest to the golden era that produced Digital Dictator and also sees the vocals taking on a cleaner, more old school power metal character. One the other hand, the swift speed-thrashing character of “Masquerade Of Good Intentions” and the dreary woe of power ballad “Darkness Divine” have far more of a cold, present day metallic flavor and are about as good. The more straight up, hook-driven bangers “Death Eternal” and “Pulse Of The Dead” also do a solid job of marrying an older school, fist-pumping mode of heavy metal with a darker, colder brand of ferocity that would not have been heard at any point in the 80s or early 90s.

This is yet another solid entry by a band that has been carrying the metal banner a lot longer than many of the thrash bands that were instrumental in pushing the aggression envelope to where this album resides. While it lacks the subtle charms and olden classicism that made the likes of “Soldiers Of The Night” and “Digital Dictator” cult classics, and it doesn’t quite surpass the early innovative pizzazz of transitional offering “Welcome To The Ball”, it definitely stands tall among the more recent offerings carrying the Vicious Rumors moniker. It will definitely carrying plenty of people for those who took to recent, thrash-infused USPM outings such as Vampiro and The Deviant Chord, and will likely also hold some charm for those who follow the likes of Mystic Prophecy and Primal Fear. For an album that prides itself on celebrating the cessation of being, it’s a solid and substantial offering that will inspire a livelier fan base of both young and old.

The ravages of 41 years and a fast revolving door of lineup changes have done little to dampen the spirits of Vicious Rumors, and modernity has proven a reliable friend rather than an enemy, resulting in a vicious, up to date, yet still quite catchy and accessible power metal experience