The first time I heard of the German Progressive Metal band Vanden Plas, I remember being perplexed by the name. What’s a Vanden Plas? It required some extra digging to discover that the name originated from a company of coachbuilders for specialist automobiles. The brand was associated with high-end quality, sleek design and metal power. With that background, things started to make sense.

And that seems to always be the way it is for me with this band. They require some extra effort for full comprehension to settle in. When I first heard the opening symphonic strains of their 1994 debut “Colour Temple”, I thought I’d gotten the wrong disc, since I was expecting to hear a progressive metal record. With a bit of patience, however, I eventually heard Stephan Lill’s electric guitars kick into overdrive and the metal mood set in. It was heavy. It was progressive. And it was good.

Then the distinctive but undeniably nasaly vocals of Andy Kuntz came through the speakers and I had a difficult time figuring out what he was singing about. Whether that was a result of language or diction, there was something that was getting lost in translation to my ears. A bit of digging into a lyric sheet revealed a set of thought-provoking words that suddenly brought the songs to new meaning and life.

With that history in mind, I was not surprised once again upon hearing “The Ghost Xperiment: AwakenIng” for the first time, I felt somewhat unsure and confused about what I thought. This was made only worse by the fact that the release is a concept album, and yet I did not have a CD booklet insert to guide me in the comprehension of the story-line, or the words to the songs. The press materials stated that the concept is based on an actual documented paranormal experiment. In other words, there’s something unusual going on, but without the aid of a lyric sheet, it’s very difficult to figure out what’s transpiring over the course of the album.

“The Ghost Xperiment: AwakenIng” is Vanden Plas sounding like typical Vanden Plas, which is both a blessing and a curse. Points added for consistency, but subtracted for homogeneity. In fact, the record suffers from a degree of sameness throughout that makes it a somewhat tedious listen by the end. Kind of like eating 5 chocolate chip cookies in a row. First couple taste great, but eventually we need some milk to give the stream of sugar a break. 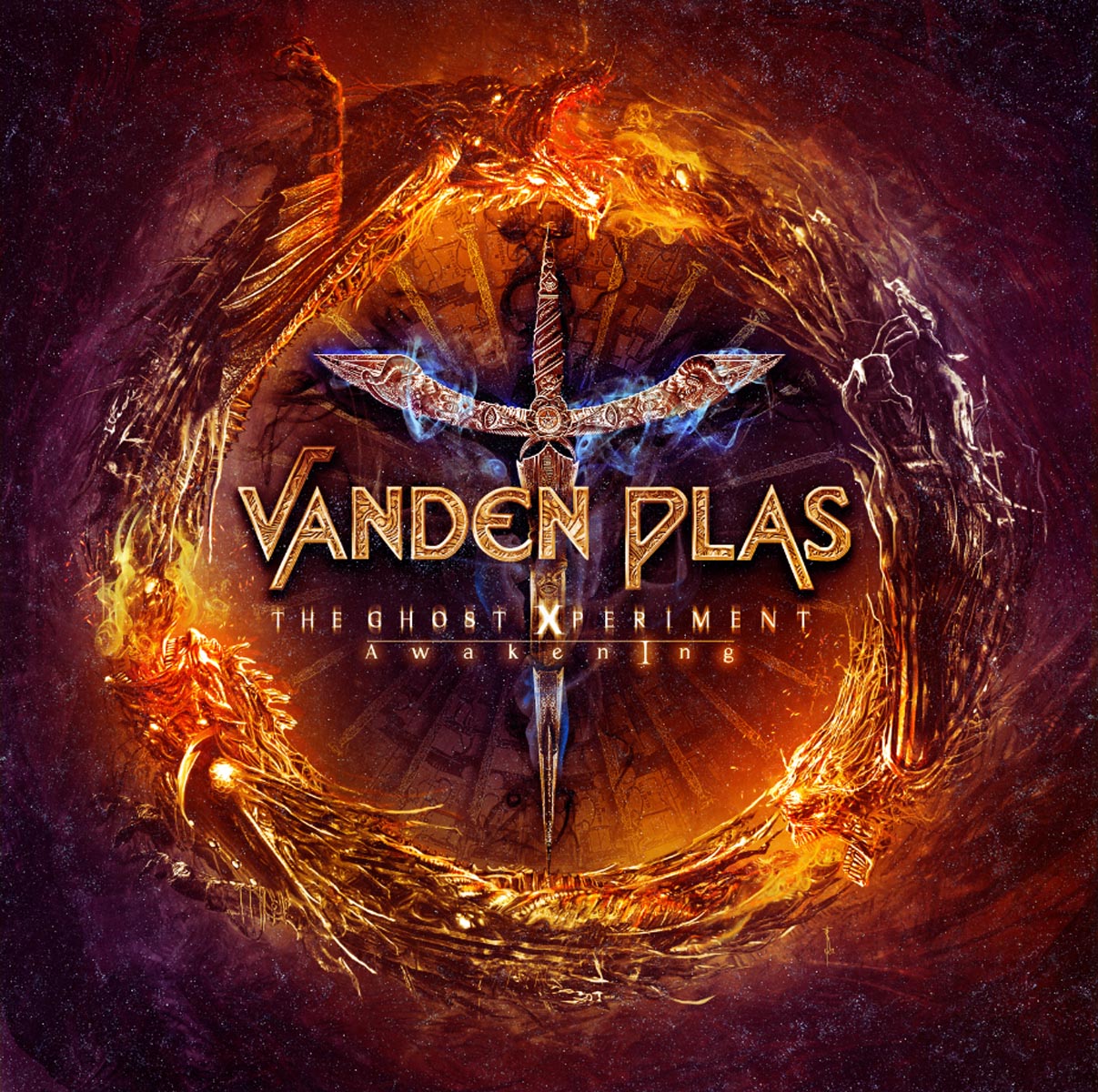 The band has a history of bringing theatrical storylines to life and a penchant for leaning toward the epic. Most of the tracks run between 6 and 10 minutes in length, so there’s lots to take in…and in all fairness, there’s a lot to like. The first thing that actually stayed with me on my first listening is the tasteful guitar solos of Stephan Lill. Like a number of records before, he steals the spotlight, executing some fantastic runs that are extremely melodic in the midst of shredding. They demand that you pay attention to his playing and have a rewarding payoff upon completion. They sit right in the space with some clever melodies that are at times more memorable than the song itself.

The choruses here carry the signature Vanden Plas stamp. They take some settling in before they fully reveal themselves. If you gave this disc a single listen, you would likely be overlooking some of its endearing qualities and might think it needs more hooks. The fact is, they’re there. You just have to be willing to spend some extra time to fully grasp them. (See a pattern here?).

As far as musicianship is concerned, the band is a precision driving metal machine. Chugging riffs, atmospheric synth strings, thundering bass and deft percussion syncopation. They’ve been described by some as the German version of Dream Theater, and while I haven’t found that description overwhelmingly accurate in the past, I hear more validity to that claim on this release than in the past. Particularly in some of the keyboard patches and arrangements by the versatile and talented Gunter Werno. I’m not willing to call them clones. Vanden Plas has their own trademark sound, due in part to Kuntz’ vocal delivery, as well as their theatrical vibe, but it’s fair to say that a fan of one band is likely to find something they like about the other.

The second track, “The Phantoms of Prendis-Toi-Gardes” (cue the flashback to the days when I pulled out Rush’s “Fly By Night” and wondered who “By-Tor and the Snow Dog” were), is one of the record’s best, and the guitar solo is especially tasty. The track has some nice dynamics and is a strong representation of all that is good about Vanden Plas. “Three Ghosts” also has a slowly delivered chorus that sounds like it could have comfortably slotted in on Dream Theater’s more subdued “Falling Into Infinity.” The band chooses to keep the instrumental sections closer to the confines of the established song structure and that helps to keep the organic feel and avoid extra soloing wankery. Here again, six minutes in, Stephan Lill delivers a tasty guitar break that fits like a glove.

“Devil’s Poetry” is the longest track, clocking in at just under 10 minutes. This far into the record, I find myself wishing for a faster paced chorus. Just something to break up what’s already come. It’s all been good, but there’s a certain amount of similarity that is starting to cause the songs to blend together too much. Right at the 5:00 minute mark, we get a shift in song structure and some odd time signatures that delivers the much needed break. It’s a bit jagged, heavy and angular, and then suddenly it’s ultra soft and mellow. Ask, and ye shall receive variation, before a return to a bit of a plodding chorus.

“Fall From the Skies” begins with a fragile piano and wandering Kuntz vocal, slowly building before turning toward a haunted vibe. Andy sings, “Yes, I hope you come alive. I hope you come back.” It sounds like something from a musical. Then we’re back to another chorus that just gets better with repeated listens, albeit guilty again of being a bit plodding, and then a heavier section to follow.  Following a bit more listener fatigue, the final track, “The Ghost Xperiment” brings a bit of distinguished nuance with the riffing of Lill and some intricate the pounding of his brother, Andreas, on drums, and of course another sparkling guitar solo that just soars.

And so we come to the end of part one of the concept album, with part two “The Ghost Xperiment – IIlumination” supposedly coming in 2020. Let me be clear, Vanden Plas have lots of talent and they have prove that time and time again. And technical proficiency in spades. But their formula needs some variation. This is a solid record that to my ears suffers from lack of diversity and excess of density. Kudos to Kuntz’s vocal range and strong harmonizing lines and Stephan Lill guitar mastery which easily grants him the MVP title in the record.

In some ways “The Ghost Xperiment: AwakenIng” sounds like a highlights collection from a stage production, where one can’t help but wonder how visuals might make the subject matter more clear and possibly far more emotional. The joy of music is how immersive and escapist it can be. This record reveals itself over multiple listens and it’s enjoyable, If I can’t say captivating. Nevertheless, I’m curious to hear how “The Ghost Xperiment – IIlumination” might – or might not – be different.

Frontiers Records delivers another installment of Germanic progressive metal theatrics, this time taking the listener through a ghost tale that is hard to follow without the aid of album artwork but easy to appreciate for its terrific guitar solos and solid musicianship