Unleash The Archers has gradually become a heavyweight act in the modern power metal scene lately. The Canadians have been part of the movement for over 10 years but it’s with their latest releases that their proposal has acquired significant notoriety, fusing the most prominent elements of power metal, traditional heavy metal and even a pinch of melodic death metal. The trajectory of the band followed a somewhat steady evolution pattern, which certainty changed with the arrival of “Apex” in 2017, their fourth studio album that finally positioned them solidly on the map and transformed them into a force to be reckoned with. “Apex” was an effort filled with solid compositions, great performances and excellent taste for melodies, backed by a tour jam-packed of impressive live performances.

With the band at the top of their game, the stakes were very high in terms of delivering a worthy successor, and that’s when “Abyss” arrives: the album that would either bless them definitively among their most successful peers, or lose in the oblivion of their own abyss. This is a band that has already been able to prove its worth in multiple occasions, nonetheless, maintaining the freshness and power showcased in a record like “Apex” has ultimately proven itself to be a titanic task as “Abyss” ranks a few steps lower than its predecessor.

The album opener is “Waking Dream”, kind of an extended intro where a single verse is constantly repeated, gaining more and more intensity, like a preface to the apocalypse that is to come. It’s a good trick to warm the engines, and even when it gets a tad repetitive, it sets the listener in the mood for the rest of the album. The real kickoff comes via the title track “Abyss” – the first single released back in June – a classic power metal anthem where the spotlight falls on the impressive vocal range of front-woman Brittney Slayes, who truly takes the songs herein to an astounding level. The track drinks off the power metal playbook of the late ’90s adding a modern twist: think of the Stratovarius and Sonata Arctica of the past resurrected in 2020 with a badass woman at the helm. Overall a great beginning that will paint wide grins in the face of the band’s followers, although it extends a bit too long, with the chorus’ recurrence not helping enough to justify the almost 7 minutes length.

Things go in a whole different direction with “Through Stars”, a pleasant mid-tempo tune that ventures into hard rock and even pop grounds, sporting a contemporary synths touch (in fact, there’s an 80’s vibe throughout the entire song). It’s an interesting experiment and a side that can be exploited more to win over those that seeks more accessibility in the band’s proposal. Should we live in a different world, this would definitely be a radio-hit. Next up we are dragged to the complete side of the spectrum as “Legacy” erupts, a song that perplexes us with a burst of blast beats, throwing some black-metal vibes into the mix, yet staying within the power-metal zone. Such speed and electrifying slant immediately bring Dragonforce to mind, but Brittney’s entrance allow the song to breathe, becoming more accessible at times, and intricate at others, with poly-rhythm changes and some metric madness… Maybe a flirt with progressive metal territories? An interesting song with little bits of many ingredients to savor. 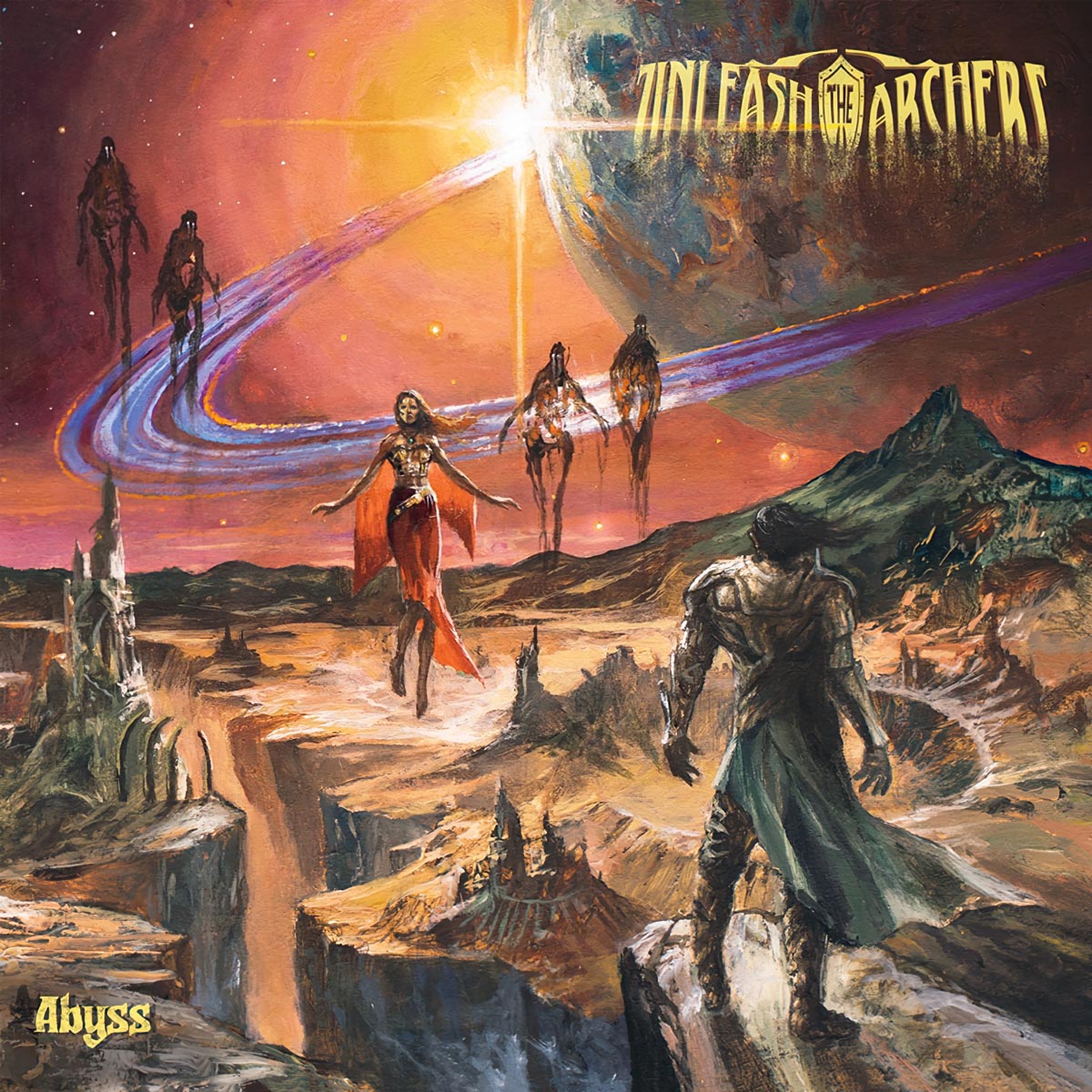 “Return To Me” includes small doses of Death Metal influences – which have always been part of the Unleash The Archers DNA – employed in just the right measure; while at the same time presents itself as a very melodic song with a gorgeous guitar solo, chock-full of dexterity and feeling. It’s not an album highlight but it is certainly enjoyable. The second single “Soulbound” follows, a short and straightforward tracks that checks off every item in the winning list: catchy verses, flashy riffs, excellent vocal performances and the ethereal feeling of being part of a surreal videogame, a sensation emanating from their peculiar and somewhat signature use of certain synthesized sounds.

The first chords of “Faster Than Light” acutely resemble a lost track from a 20-years old Rhapsody album, but fear not, things get in true shape with razor-sharp harmonious guitars, speed and heroic feel, giving form to another modern power-metal gem oozing the band’s own identity. The longest and most bombastic offer in the album arrives with the pompous title of “The Wind That Shapes the Land. At more than eight and a half minutes, it takes us through many musical panoramas, where the band’s well-known formula blends with more multifaceted rhythms – again approaching the progressive rock realms – melo-death moments scattered throughout, and galloping sections in the best Iron Maiden fashion. Majestic, dynamic and vibrant, this is definitely our pick for the best song in the album, and it’s testament to the sound of a band whose body of work will leave a mark in generations to come.

Now entering the last moments of the album, “Carry the Flame” slows down the rhythm, it’s a power ballad plenty of touch. Guitarist Andrew Kingsley steps into the microphone for a few minutes in a heartfelt duet with Brittney Slayes, one that feels magical and perfectly conceived. Closing in with style “Afterlife” enters fully into the confines of symphonic metal, where orchestral arrangements play a fundamental role and put an end to a beautiful crusade. Starting off as a typical power-metal hymn, it quickly mutates into death metal infused segment with growls from beyond the grave, leading to an epic vocals section that only Brittney can pull off, wrapped with pompous stadium choruses. A song that could prove wonderful to listen to it in a live setting, when the COVID-19 restrictions blow over and the world is back to normal. The last seconds of this final track are drenched in enchanted orchestral moments, much in the same way a Nightwish album would end.

Production-wise the album felt a little bit flat compared to its predecessor, which detracts from the overall enjoyment. As we mentioned at the beginning, listening to “Apex” was pure glory through and through, while “Abyss” glorious moments were just sporadic. Overall a solid album, which demonstrates the musical abilities of Unleash the Archers when it comes to presenting their music. Arguably not satisfied with being just pigeonholed to a genre, they continue to push their creative boundaries, splashing it with other styles and proposals and leaving their own mark in the process. Unleash The Archers is a band with still a lot to bring, and in our opinion they will keep moving forward, breaking the mold and trying to reach greater highs, in a saturated metal scene that needs the next outstanding exponent. Hopefully nothing will make them to fall into the abyss.

Unleash The Archers continues to grow in a saturated heavy/power metal scene, crafting an album that feels solid, powerful and bombastic, but falls short when compared to its superior predecessor “Apex”, specially in production and songwriting. Nonetheless, the band has created another great collection of heavy metal anthems with “Abyss”, one that will live in our hearts and fists for years to come