As an avid old school metal fan, nothing brings greater joy than to see classic bands releasing consistently brilliant and still relevant material. The term “relevant” in this context refers to its ability to fall squarely with a band’s classic releases, rather than simply dated material compared to new modern trends. Just in 2019 alone, instant classics have been issued by bands like Diamond Head, Angel Witch, Picture, The Rods. Hold on to your hats though, because Tygers of Pan Tang is about to unleash the best of the lot…by a huge margin! “Ritual” is the strongest, most memorable release from the band since 1981’s “Spellbound,” and that includes such stellar recent albums like “Animal Instinct,” “Ambush” and “Tygers of Pan Tang.”

If you are looking for something more “cerebral” than straightforward “Dad metal” with unbelievable hooks and sing-a-long choruses, then skip “Ritual.” Tygers of Pan Tang embrace the tried and true mottoes of “keep it simple, stupid” and “sometimes less is more.” Here you won’t find a band that is trying to impress with emotional 15 minute opuses, or one that is constantly evolving its sound to spark endless monotonous conversations about the most subtle (or forthright) of changes. Tygers of Pan Tang has come to rock, and they rock hard.

In the same vein as 2016’s eponymous album, “Ritual” wastes no time in stampeding the listener with the bursting “Worlds Apart,” one of the heaviest tunes ever crafted by the Whitley Bay rockers. Fair warning though – the straight forward chorus can stick in your mind for weeks, like a modern day version of “Gangland.” This isn’t the only instance on “Ritual,” this is an album chock full of hook laden rockers.

The genius behind the album is the band’s only original member – guitarist Robb Weir. The band’s current phase proves as formidable as its heyday, with longtime drummer Craig Ellis, vocalist Jacopo Meille, bassist Gavin Gray and guitarist Micky Crystal. The 2016 self-titled release has propelled the band’s current energy, though they’ve been as dependable as it gets since the comeback album “Mystical” in 2001. For “Ritual” the band has once again tapped the team of Danish multi-musician Søren Andersen for production duties and Harry Hess for mastering. Presenting a top notch mix and crystal clear recording, the use of modern technology pays homage to the band’s legacy without succumbing to the thin lifeless sound which has become the fanatic recreation of purists in throwback releases lately. 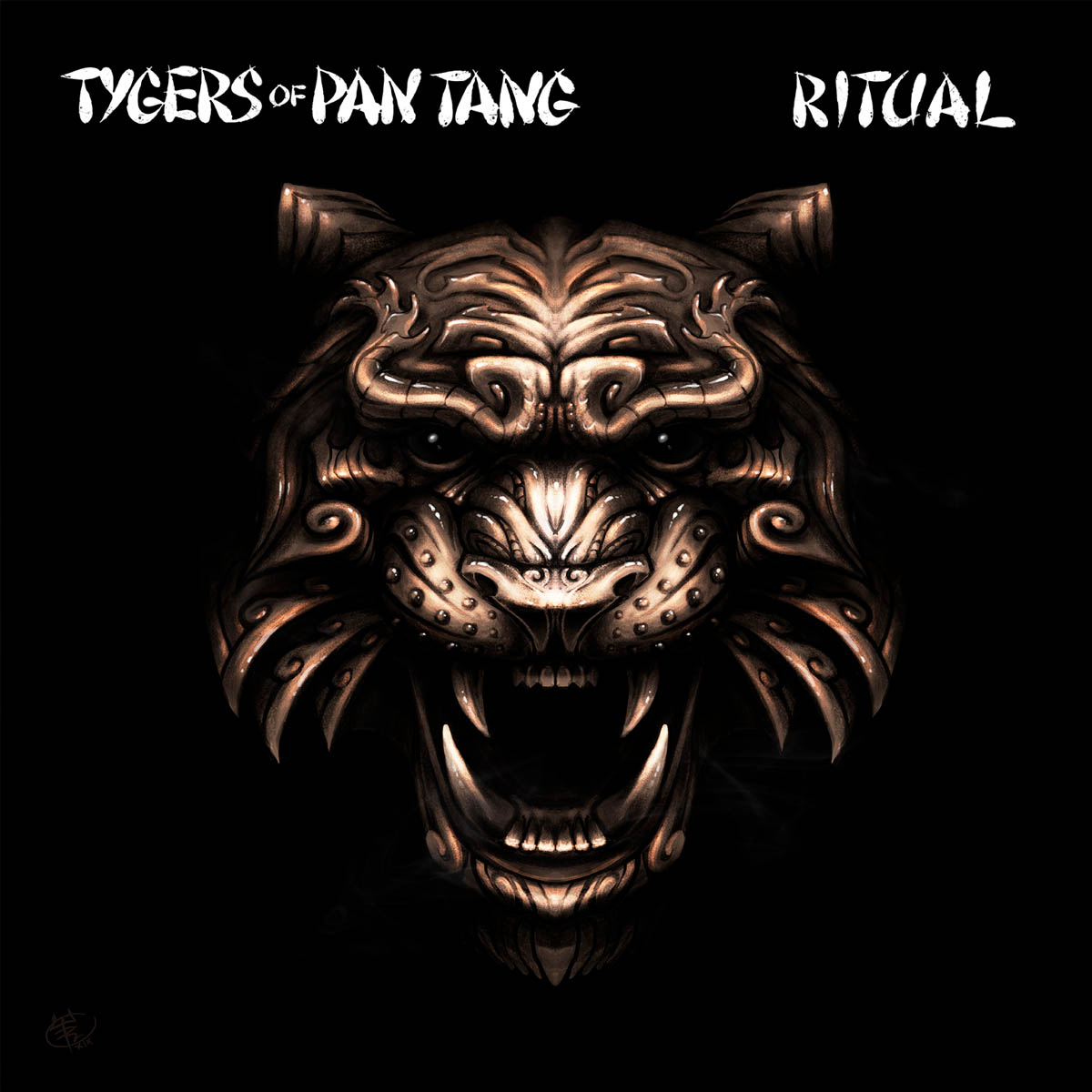 By keeping to a tried and true songwriting formula, Tygers of Pan Tang relies on pure hooks and melody to draw in the listener. It is nothing complicated, just engaging riffs, familiar melodies and an unabashed attitude of a band that seems to say “rock ain’t dead, prove us wrong.” With songs like “Spoils of War,” “Damn You!” and “Raise Some Hell,” it’s hard to argue against the draw of great songwriting. Add in the hopelessly contagious hard rock melodies found within “Love Will Find A Way,” “Rescue Me,” “White Lines,” “The Art of Noise” and a mid-tempo power ballad like “Sail On,” and Eclipse may have finally met its match.

“Ritual” has set the benchmark for a band with a long and storied history, but which found rebirth decades later. Through masterful and engaging songwriting, you may find nothing new with a tried and true basic formula, but I challenge each listener to recall songs that you instantly remember. “Ritual” could easily be dismissed as just an album of old men trying to recapture a youthful spirit that died long in the past, but this a collection of sorely needed anthems in an age where YouTube “heroes” get more attention than great songwriters.

Tygers of Pan Tang are the latest in a string of classic metal acts to put out a brilliant album. With a tried and true songwriting formula that relies on engaging hooks and fetching melodies, the band has created one of the most enjoyable collections of hard rock/metal to date. Old rockers unite!