Plunge into the chaotic and disparate depths of a waking nightmare with “Sleep Paralysis,” the debut album from Russian black metal project Tragedy In Hope. Formed in 2017 by musician and songwriter Sasha Giller, “Sleep Paralysis” a storm of dissonant fury capable of unsettling even the most steadfast of souls. This album is a horror story in all of its beauty and terror, carrying with it hints of gothic haunts and agonizing introspection. Poetic lyricism weaves a heart-pounding narrative of a man trapped in his nightmares while grappling with themes of self-acceptance, crafting an enthralling tale which will hold listeners at the edge of their seats. Urgency and aggression coalesce for a debut which is unapologetic in its violence and splendor, an explosive statement of personality.

There are many dimensions in which Tragedy In Hope excels, but the most immediate and most compelling is the vocal execution. Giller is the driving force of the album in every sense, but has stepped into the black metal scene with fury and distinction in vocal might above all else. The incredible range and force between vocal styles across the album controls the inflection of every emotion. From near breathless rasps through tortured whispers, all the way up to piercing shrieks that seem to tear themselves straight from the void, Giller proves to be a vocalist of the highest caliber. Transitions between styles are flawlessly smooth, flowing from glass-shattering wails to tectonic growls in the same verse. This talent is accentuated by a vocal-forward mix, one which allows Giller’s tone to command the atmosphere from beginning to end with its overwhelming resonance. Giller is most definitely a voice to keep an eye on from here into the future of the genre, if not Tragedy In Hope as a whole.

“Sleep Paralysis” is also a paragon of authenticity, a project soaked in passion and foresight such that it bleeds with brilliance in every note. Bright modern production accentuates the more symphonic moments which give “The Mistress Of Dark Art” its gothic chills, without ever abandoning the pursuit of early 90’s darkness. The unbridled furor dominating “Winter Wedding Ceremony” calls back to black metal’s roots while still giving each instrument a clear place in the mix. Distortion is tempered in most places, giving riffs delectable clarity and tremendous potential as hooks. Giller is also responsible for both the album’s guitars, with clear riffs leading most tracks and holding their ground throughout even the most aggressive choruses. “Fighting With The Rain” embodies brutality in its most frigid form, capturing the struggle of solitude through a distorted mirror. 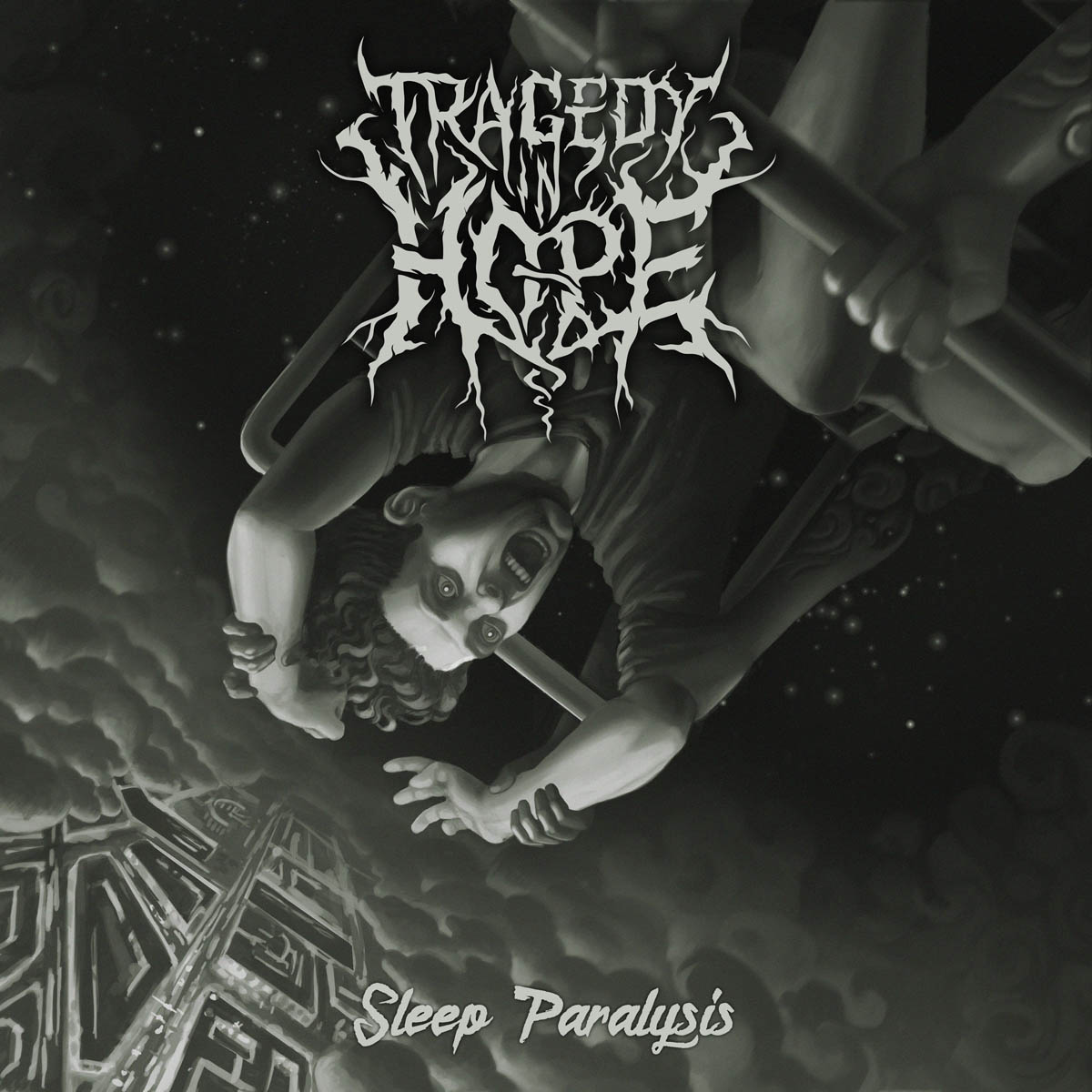 The story and tension which mount throughout the album cumulate in the album’s masterpiece finale, title track “Sleep Paralysis.” There are few songs which have captured the feeling of pure desperation as beautifully as this, lead by Giller’s wails and a confident guitar. The tidal ebb and flow mimics the sensation of falling headfirst into darkness, with monstrous growls as the only guiding light. Just as in opening track “Lucid Dream,” the subtle bass adds a tremendous depth to the track, enhancing the effect of the distorted world of dreams. “Nightmare Lullaby” is a similarly spectacular track, and is perhaps the point in the album which most wholeheartedly manifests trepidation alongside dread, something more ominous than anxiety alone. It is within “Nightmare Lullaby” where drummer Alexander Dovgan truly shines, matching his percussive intensity with each transition in tempo and energy. Steady drum beats meet Giller at the track’s sinister apex, bringing the grotesque nightmare to life.

“Sleep Paralysis” is a fantastic journey when consumed in its entirety, embracing variety and staving off monotony. A constantly changing landscape stays true to the illusion of a terrible dream, accomplished by variety in vocals, ever-shifting tempos, and a well-balanced instrumental mix. There is both a raw vulnerability and polished distance to the presentation, one which draws a listener in while allowing the experience to remain organic. While time and experience have the potential to elevate Tragedy In Hope to even greater heights, this debut offers a strong foundation for a vision of darkness not limited by arbitrary artistic notions. The days of sweet melancholy in dreams have come to an end; it’s time to embrace the arctic frost of “Sleep Paralysis” and succumb to nightmares.

Tumble headfirst into the chaos and beauty of "Sleep Paralysis," a black metal nightmare of the highest caliber. Tragedy In Hope's debut is hauntingly surreal, embodying both chaos and brutality for an unforgettable listening experience.