Singer, storyteller, sound tinkerer and 50% of No-Man, Tim Bowness always knows how to give his listeners one LP-length of time away from all the hastiness of their lives. Representing a version of the progressive genre far away from chasing guitar solos, unison lines and noisy drums, his music profits from plain but seldom simple harmonies, introverted but not bleak melodies and transparent, yet eclectic and intelligent instrumental arrangements. Clothed in elegant artworks and frequently performed by a wide array of musicians whose sheer mention makes prog fans’ mouths water, every Bowness-album is a little treasure chest of deep cutting anecdotes and perfectly rounded-up songs. Each release explores a different aspect of Bowness’ music. Three years ago, “Lost In The Ghost Light” offered Tony Banks-influenced piano chord changes and that special Genesis-soaked romantic feel, as well as a story that could relate to the dilemma quite a few progressive musicians must have had towards the end of the 70s. On “Flowers At The Scene,” Bowness laid his focus back on shorter songs where each of the catchy tracks managed to tell its own story. This is not to say he is flirting with achieving greater commercial success by making his music more accessible, since they still required a few listens to be understood. An acquired taste, so to say.

Bowness’ sixth solo album, entitled “Late Night Laments,” once again goes a different way. It is set to be released on the 28th of August 2020 via Inside Out, making it his fifth output with the established label. Bowness’ previous albums at least to some extend featured music attributable to progressive rock or art pop, while still maintaining its mellow and quiet atmosphere. This time, he takes it to a next level and erases all rock influences from his music. If there is a guitar solo, it serves to cut through a carefully constructed instrumental arrangement. If you hear a bass grunting below the music, it is most likely a double-bass or a synth bass intertwining with the cold 80’s keyboard layers populating the album. The music is slow and intensive but far from easily accessible. This is made whole by the avoidance of conventional drums throughout most of the songs. Instead, the music is backed by an arsenal of percussion instruments and drum machines, making it appear even more fragile.

“Northern Rain” opens up the album on a seemingly uplifting note and with major harmonies. “You’re laughing”, Bowness sings, but it’s “a laughter close to crying.” The music backs this up with a somewhat nostalgic feeling, as if to end a relationship, but on a good note. “The world we knew is dying, and maybe that’s okay,” he continues, and proceeds to carry off his listeners into his own world. The somber “I’m Better Now” immediately turns the mood into a darker direction. Unconventional harmonies and Bowness’ characteristic whispered vocals clash with deep cutting lyrics about domestic murder, brilliantly creating an uncomfortable, almost menacing atmosphere. A Fripp-infused guitar solo closes this song and makes the atmosphere complete. 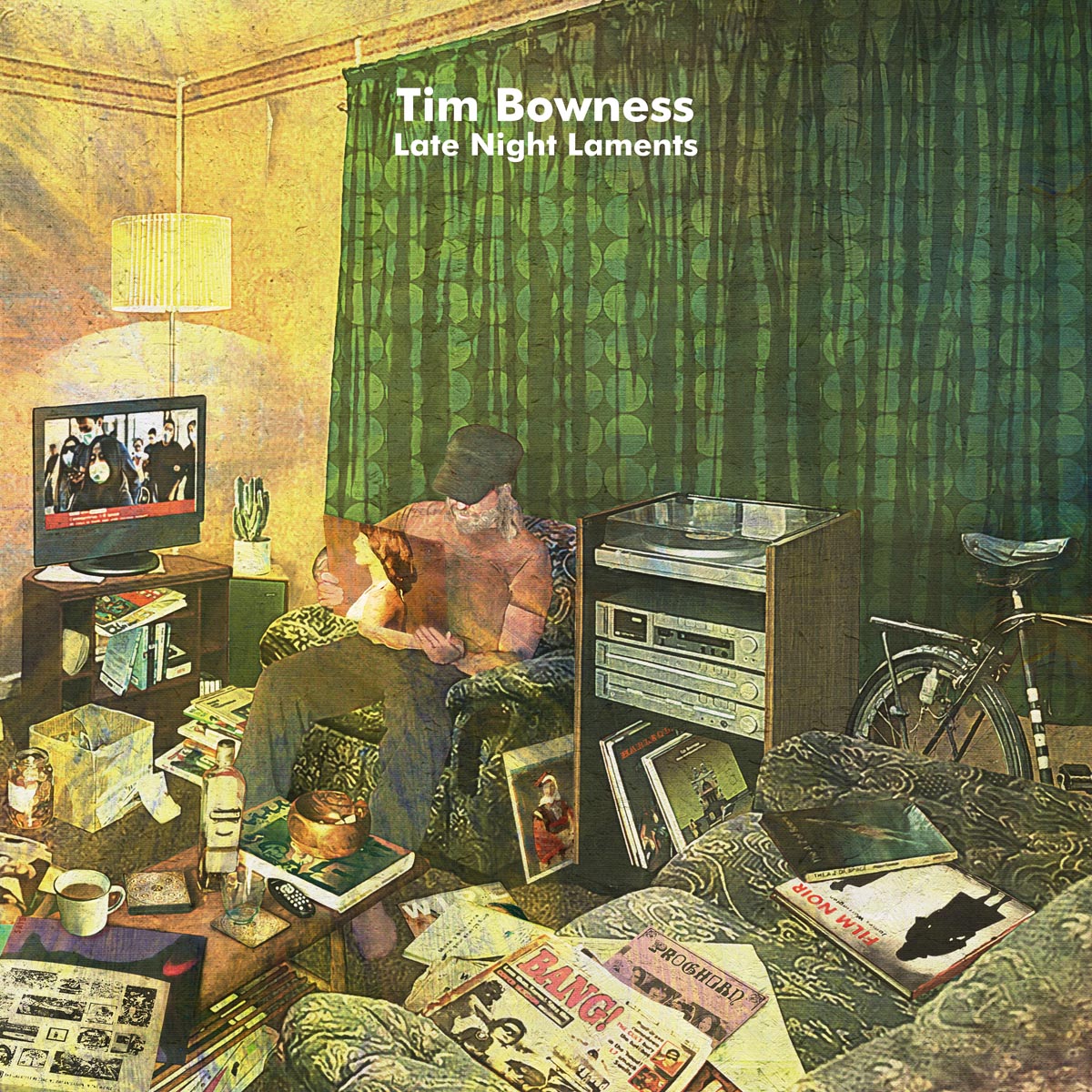 “Darkline” might be my favorite single cut off “Laments.” It is one of the few tracks featuring a conventional drum groove, while the harmonic base is created by a vibraphone. This is not the only time a struck idiophone is heard on the album; a great choice of instrumentation that fulfills the task of a piano or keyboard but provides the sound construct with more transparency. It is only one of the many unconventional choices of arrangement on Bowness’ new output. “Darkline” finds its climax in a distorted guitar-like sounding synth solo slightly reminiscing the synth-guitar sound on Yes’ “Owner Of A Lonely Heart.” A strong contrast to the song’s quiet atmosphere and one of the aforementioned instances where a solo recklessly cuts thought a well-constructed instrumental arrangement.

The repetitive, loop-based character of “Late Night Laments” is taken to its peak by the following “We Caught The Light.” Mostly based on just one single chord, this track benefits from its evolving musical themes and vocal lines. On the contrary, the central part of the “Laments” takes the focus back to jazzy sounding major chord changes that give off a calm, relaxed vibe. The short “The Hitman Who Missed” builds on a gorgeous double bass line by Colin Edwin, with harmony duties being shared by vibraphone and damping keyboard tapestries, creating an interesting contrast between synthetic and acoustic instruments. In this song, an instrument called dianatron can be heard, something I (and Google) have never heard about. “Never A Place” and “The Last Getaway” feature two of the most stripped arrangements and completely work without a conventional bass line. This gives Bowness’ voice a lot of space to present two of the most emotional lyrics of the album. Towards the end, the album becomes increasingly melancholic, a little somber even. “Hidden Life” focuses on soothing vocals and is entirely orchestrated by Bowness himself, with no other musicians guesting. This takes the introverted atmosphere of the album to its climax. The simple drum machine and the few interspersed single notes give this song a particularly lonesome character. Finally, the “Laments” are brought to a touching finale by “One Last Call.” The vibraphone makes one last appearance, intertwining with a commenting piano and Colin Edwin’s pumping double bass. Reminiscent to later No-Man efforts, this album closer has an almost ambient-like vibe to it and certainly belongs to Bowness’ most beautiful tracks.

The introverted, even meditative character of these songs could be heard on previous Tim Bowness albums as well. Songs like “Smiler At 52”, “What Lies Here” or “Lost In The Ghost Light” make use of a similar approach. However, none of Bowness’ previous outputs followed through on the minimalist sound designs and intimate atmosphere as the “Late Night Laments” do. There are no Collins-inspired 7/8 grooves, no soaring grande finales to nine minute-songs, no folk- or fusion-influences and possibly not a single guitar power chord audible on the entire album. This might not be gratifying to hear for purist progressive rock fans. It is, however, an excellent album for people who like to enjoy music just the way it is portrayed on the congenial artwork: at home alone after midnight, with no distractions other than a good Scotch.

Moody, mellow and melancholic: Tim Bowness presents us his most consequent output yet; a perfect album for late night listening sessions