After the acrimonious split with his brother and Black Crowes band-mates, Rich Robinson has made a point of keeping the spirit of Black Crowes alive. Starting with a series of gigs that included ex-Crowes Marc Ford and Sven Pipien, Robinson has solidified that project into a band called The Magpie Salute, has toured extensively, and has now released the band’s debut album ‘High Water I’. Completing the line-up are John Hogg, Matt Slocum and Joe Magistro.

The comparisons will be inevitable, so let me start by stating the obvious: Black Crowes fans will love much of this album. Robinson has often claimed that his role as co-composer in the Black Crowes was under-played, and it would seem, on a cursory listen to ‘High Water I’ that he may have a point. This notwithstanding, the album variously offers some allied but different gratifications as well.

Opener “Mary the Gypsy” is an immediate statement that Robinson has no intention of abandoning his significant pop-rock legacy. Riff-based and driving, the song has a nice, loose feel and accesses Robinson’s past in the best possible way. Title track “High Water” is (together with closing track “Open Up”), the best moment on the album. The verse is a stellar exposition of Zeppelin-like melody progression that is hypnotic and entrancing. It develops from a psychedelic acoustic ramble with a droning vocal hum, to a rousing vocal interplay accentuated by just the right amount of emotion. 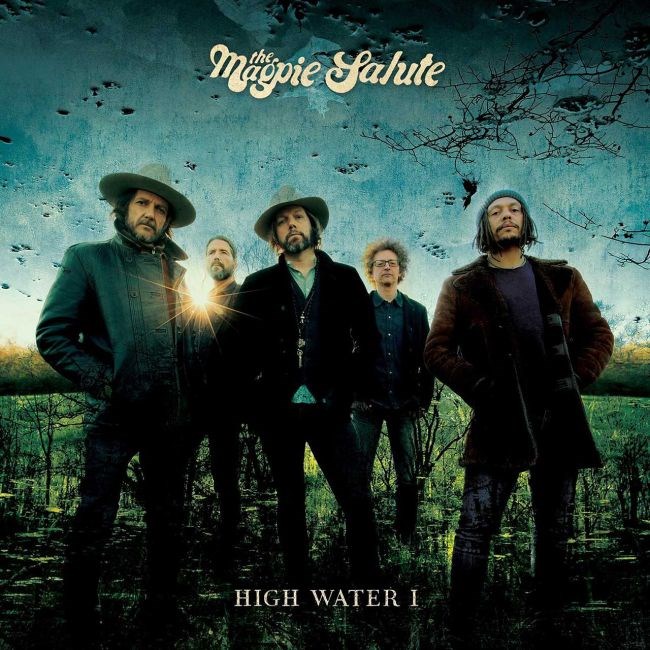 “Send Me an Omen” is good old Blues Rock done the right way – heavy, laden with excellent harmonies and an abrasive lead vocal, it even has a couple of progressive time signatures. Think Joe Bonamassa meets Jellyfish. Acoustic pulchritude begins “For the Wind”, but by the first chorus, it has become strident electric blues that would impress even Rich’s estranged brother. Variation and swaggering dynamics fulfill the promise of this song. “Sister Moon” is a piano-based melding of blues and melodic pop delivered with a smoother vocal and delightful harmonies. The song has a great hook and leaves the listener wishing it had not ended so soon.

“Color Blind” is lyrically rich with a strong anti-racist message (if delivered somewhat literally), but offers little that is remarkable in its musical composition. The same may be said of “Walk on Water” which is a Tom Petty/Dylan-esque variation in sound for the band. Similarly, “Hand In Hand” brings the band to country-blues territory without too much fanfare. “You Found Me” unashamedly exposes the band’s country proclivities and is, if nothing else, a well-written country ballad with an excellent lead vocal. “Take It All”, on the other hand, delivers an angular and jarring guitar progression that is reminiscent of Jimmy Page in an aggressive mood. It features a very strong lead vocal performance over a nice, dirty mix. Excellent.

The band returns to more familiar electric blues-rock on “Can You See”. Heavy and slow, with a melodic progression that harkens back to the Crowes, this is almost-perfect power-blues. An unusual sonic effect in the middle-eight reminds us that this band is far from a clone and that more innovation awaits. The closing track “Open Up” is – as mentioned earlier- a personal favorite of mine. Based on a sinister, slow guitar riff, with surprise pauses and ascendant vocal harmonies, the song is magnificent. The vocals and instrumentation interact to provide a gratification that only the very best in blues-rock can deliver. This song augurs very well for the future of this band. If they do more like it, the future is bright indeed.

Apparently ‘High Water II’ is scheduled for a 2019 release. In the meantime, Rich Robinson and his cohorts have delivered a strong debut, with at least four immediate stand-out tracks. Variation from blues to rock to country is the order of the day, and I found the band to be more successful when concentrating on the heavier side of their compositional abilities. In places, there is no denying the intentional similarity to the Black Crowes, but delivering this kind of record is perhaps the most natural musical obligation of Rich Robinson and his band-mates. While honoring this tradition, they have also introduced some new elements that demonstrate progress and development. This is a band with an agenda, and so far, the point is proved.

The Magpie Salute is:

A great debut album from a band with a fine lineage, inevitably combining the stylings of their pedigree with some newer elements. It will surely please Black Crowes and new fans alike.