Stemming from improvised recording sessions initially intended for guitarist Matt Stevens’ second solo album, The Fierce and the Dead was birthed as a separate entity. An all-instrumental quartet hailing from the UK, these four guys have garnered significant praise since their formation in 2010, drawing comparisons as diverse as King Crimson and Black Flag. The band has honed their craft through extensive touring, serving up a tasty, live stew that combines epic post-rock with electronica, krautrock and psychedelia. Two of their festival appearances in recent years had a pivotal role in the band’s history: the esteemed RoSfest in Gettysburg in 2017, where American prog fans experienced a sizzling set, and the Ramblin’ Man in 2016, which generated the live release Field Recordings.

Released last May 18th, The Fierce and the Dead’s third studio album The Euphoric contains nine eclectic and spacious tracks, and is in each and every way a re-statement of their signature twin-guitar attack and a development of their sound with the addition of synthesized textures. All four members have played together on and off in various guises for over 10 years as well as performing with other bands and as solo artists, and collectively they sound bigger, better and more inspired than the sum of their parts would even dare to suggest.

I must admit that it’s rather difficult for a non-musician like me to review an instrumental album like this one, nonetheless The Euphoric, while presenting challenging passages, has enough catchy moments to please the most uneducated pair of ears. Opener “Truck”, with its fuzzy riffing and moody The Police-esque groove sets the tone and instantly summons the listener to surrender and embrace the band’s proposition. On second track “1991” the mix they go for is clearly outlined: they sound like the bastard sons of Pixies and New Wave, or the untold love affair of Dinosaur Jr. and The Cars. 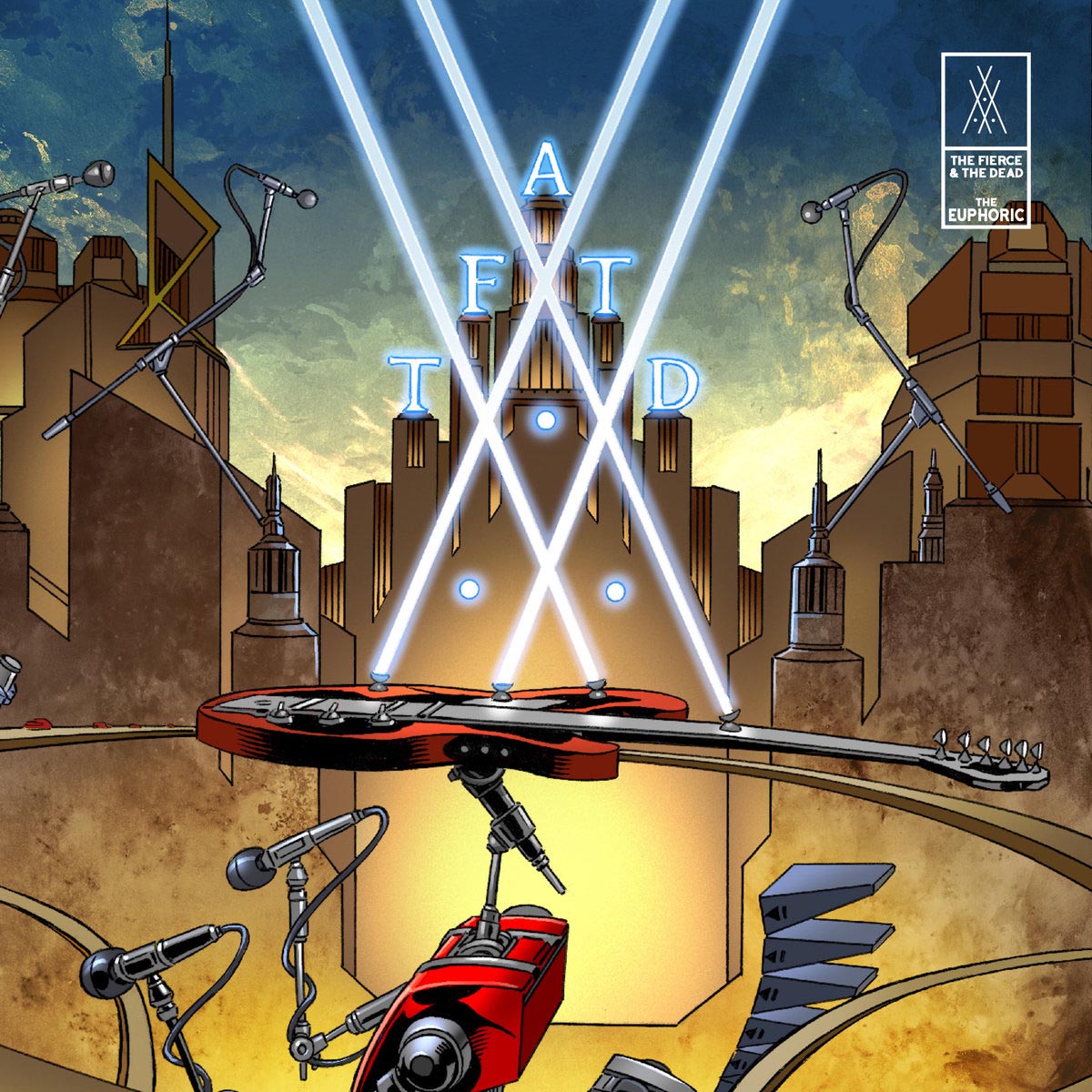 In a time when saturation and compression seem to be the norm, The Fierce and the Dead’s approach to recording is certainly worthy of praise: there’s plenty of space between all instruments, allowing all members to equally shine. Everything is so clean and clear that I couldn’t help but think of the way Rush’s Moving Pictures sounded when I first heard it. More than anything, this choice of mix favours the songs, and that is clearly stated on tracks such as “Dug Town” or “Cadet Opal”.

It’s also worth noticing their effective use of light and shade, tension and release. The cinematic title track seems to be a cross between a Brian de Palma and a David Cronemberg soundtrack, while “Dancing Robots” is a spacious number with an infectious funky beat adorned by a John Frusciante-influenced riff. On “Verbose” they summon their inner Pixies again, with the “alt rock” knob turned to 11, and as the sound travels through the fuzzy channels, the song explodes into a Sabbath-like vibe.

Most of the tracks in this release seem to have “confuse thy listener” as their mission statement. “48k”, for instance, starts with a Faith-No-More-meets-Maiden riff and just before you start headbanging it seems that another entirely different band took over, with a slow and dramatic passage, complete with weird undistinguishable narration. And as if its title wasn’t confusing enough, “Parts 7 & 8” (which is track 9, by the way) closes things on an even more ambiguous note than before, with a monstrously distorted riff which will certainly prompt some serious headbanging when played live.

While their sound is impossible to summarize in a few words, calling it “a peculiar mix of distorted riffs, edgy funky beats, fuzzed out stoner rock and cinematic passages” wouldn’t be too far off. The Euphoric is a carefully crafted effort which will satisfy the long time fans whilst effortlessly stretching out for new ones. It’s an album that will equally please prog nerds and hipsters: a powerful testament of how to mix structured groove and profound intricacy whilst avoiding overuse or repetitive musical thoughts. When pushing-forward, moody and fragmented musical sketches collide with the vibrations of experimental purity you can either feel frightened, befuddled or elated. The Euphoric would likely make you experience all of them at once. Filed under “melancholy meets rocking hardness with sprinkled psychedelic – For open-minded souls only”

Unable to stay quiet in a musical niche, The Fierce And The Dead continue to morph and evolve. Heavier, spacey, psychedelic and rhythmically complex – even its the simplest moments –, "The Euphoric" is a musical declaration that bridges the crevasse between prog-rock technicality and an uncompromising garage-band attitude. Audacious and peculiar this is an album that will dare your musical taste