Straight from Santiago, Chile, the second album from The Bridge has been released and it is long on vision. Sung in English by band’s mastermind Jeff Mitchell, this is a story of the loss and rebirth of faith, love and inspiration, split into four movements on one disc. The medium is progressive rock with a few harder edged moments that border on metal peppered throughout the release. Fans of Neal Morse will particularly want to make note, as the musical and lyrical blueprint of this album is very similar to Neal’s own sonic journeys… at times, perhaps too close.

The strongest element on Reunion is the songwriting, which offers memorable choruses, hooks and melodies with every track. The instrumental “Overture 2” starts the proceedings with a bang, bringing together many of the album’s musical themes into one track. This is a technique often employed by Neal Morse and it works here spectacularly for The Bridge. Drummer Alex Labraña shines throughout this track, quickly establishing his performance as a prime feature on the album. With repeated listenings, “Overture 2” quickly becomes one of the favorite pieces on the album.

The anthemic “Wasted Life” segues out of “Overture 2”, and we find that The Bridge delivers vocally like it did instrumentally with the previous track. Built around a powerful chorus and a guitar-fueled main theme, this would be an excellent single off the album. The chorus may stay in your head for days. The ensuing songs continue to offer a steady stream of catchy hooks and entrancing melodies, alternating between instrumental sections and lyrical odes of pain and regret. Indeed, the first three quarters of the album are focused on the trials and tribulations of our main character with titles like “Remorse” and “Days Gone”. Although English is not Jeff’s first language, most of the lyrics are well written and performed, sometimes ably assisted by backup singer Barbara Pendola.

By the time we reach centerpiece “Selfish Mind” we are ready to rock out, and The Bridge brings it. The longest song on the album, it also hits the hardest with Jeff relishing in a vocal performance that matches the lyrical content. We are also treated to an incendiary guitar solo from Tree of Life guitarist Carlos Hernandez – which could have been stretched out even longer – and more impassioned drumming from Alex. This is clearly a highlight of the album. “Freedom Calling” doesn’t let up in the energy, especially with a rocking keyboard solo from guest Bosco Aguilar. It’s not until we get to the following track “Shield for Me” that we slow down again and enter the fourth and final section of the journey, called “My Way Back”. This song is also a winner, building as it progresses to a satisfying guitar solo and a climactic ending.

By the time we reach the end of “Shield for Me”, it’s one of those moments that is bittersweet for a listener and artist to comes to terms with: the album could end very satisfyingly right here. It’s the old “leave them wanting more” tactic and it can be hard one for a creative artist to embrace. As it is, there are three more songs still to come on the album, and they aren’t bad songs at that. But a more judicious use of the editing pen may have been a better choice, to not over-tire the listener with too much material, even though the remaining songs have merit. “Psalm XV” is particularly engaging with some of Alex’s best drumming on the album. And lyrically there is still more of the story to be told, ultimately bringing it to a finale with the final track “Reunion (Together as One)”. But it does feel like at least one song could be omitted (“Prodigal Son/Reprise” being the likely candidate), and the others condensed somewhat, to make a more concise and powerful statement. There is the potential that the listener will end the album feeling a bit sonically exhausted rather than refreshed. Still, the material remains fairly strong throughout. 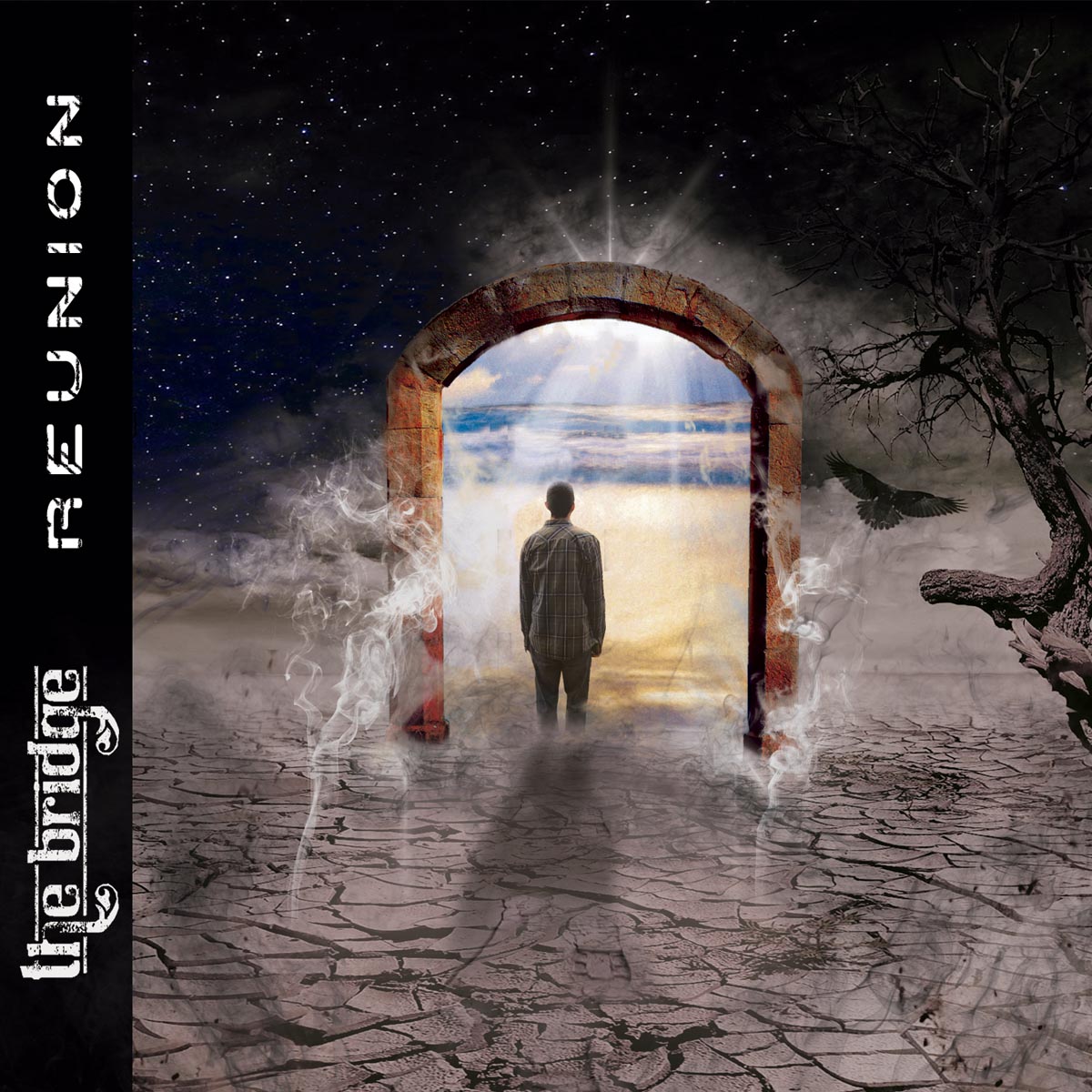 It should also be noted that this is a story about Christian faith and reunion – the song titles alone don’t leave much question about that – and so the name Jesus is indeed praised in the closing tracks. Should you happen to be a listener who is turned off by such religious themes, you could fully enjoy the majority of the album and simply bring it to a close before the final section. Or, you could just take the lyrics as a tale of loss and then inspiration, and not get hung up on anything beyond that. Again, the similarities to Neal Morse’s music are almost “dangerously close”.

What The Bridge doesn’t have going for it is a big enough budget to have the kind of production or performance that it deserves. Jeff is writing epic progressive rock pieces, but this kind of material calls for a higher level of musicianship and sonic production than is offered here. As the main musician on the album (other than drums and cameos), Jeff’s playing is strong enough to pull off a convincing groundwork. But this isn’t simple singer-songwriter fare, this is prog rock, which begs for an extraordinary level of performance. It’s why the drums stand out so much, as do the occasional guest performers. If he surrounded himself with more virtuosic musicians and support singers, Jeff’s vision would be more fully realized. Likewise, the production would greatly benefit from being taken up several notches so that this release can stand alongside other contemporaries in the progressive rock world. The clean guitar on this album is especially glaring in its lack of smooth sheen and effects that a better production could give it. Once these elements are overcome, The Bridge will be a a prog-rock force to contend with.

Sophomore album from The Bridge is an ambitious progressive rock saga that offers much to its listeners, even if the production does not fully realize its potential