TesseracT’s new album, Sonder, intentionally gives no hints about its contents through its name. Though musically unrelated in any way, it merits a comparison to the sophomore Marillion release Fugazi, as the listener develops their meaning of the title by listening to the album. This approach is particularly appreciated by a new listener such as me, as I truly had no notions of what to expect when queuing the album for the first time.

What I got was a pleasant mix of styles that unified well into a sound I now know as TesseracT. I find it appropriate that the band has two guitarists, Acle Kahney and James Monteith, because the axe work on the album seems to have two distinct styles. And while I’m sure it doesn’t play out this way in the studio or live, I like to imagine one man handling the cleaner and softer parts of their music while the other strikes out with the jarring doom-like riffs that pound through much of the albums heavier sections. Drummer Jay Postones and bassist Amos Williams help glue everything together and maintain a solid back line as the guitars power the switch between modes on the album. 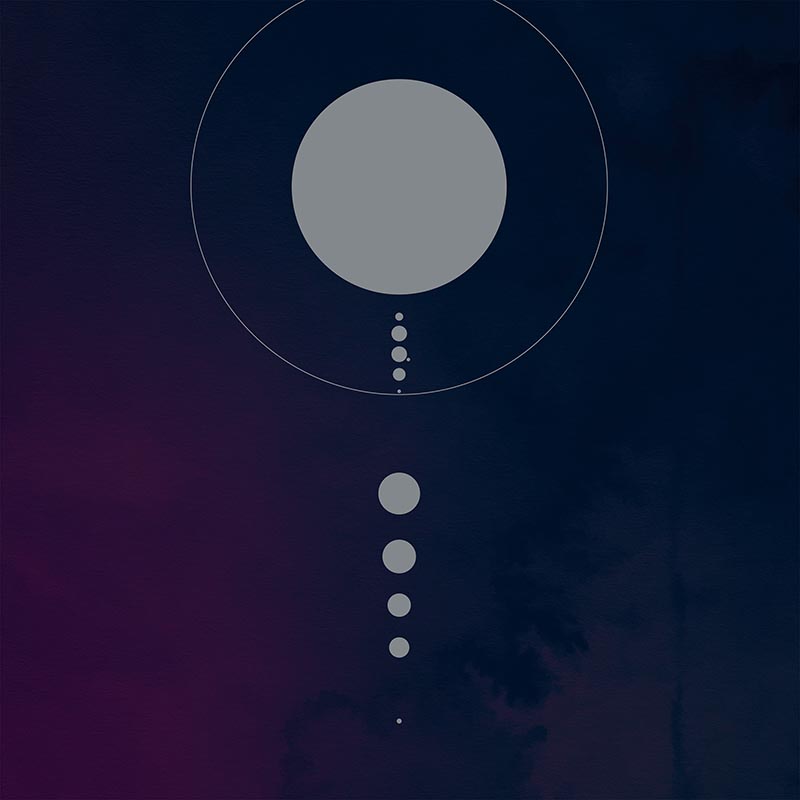 In those heavier sections is also where the production on this album really shines. I truly love a “clean heavy” sound, where even while heavy and distorted guitars are soaring through the sonic space, every part and instrumental still comes through clearly. Listening through the first time prior to reading the press notes I was later surprised to learn there was no one credited with keyboards on the album. Through heavier and lighter sections I’d say “atmospheric” definitely constitutes part of the general sound on this album, and it’s fun to listen to how well a backdrop can be created without that one often crucial instrument.

TesseracT have successfully carved out a niche sound on the album that doesn’t mimic anything I’ve heard before too closely but at the end of the album that spark of uniqueness can also have a negative connotation as well. As I fall into the sonic landscape of the album it’s easy for the mind to wander as their signature sound blends from one song to the next, and it makes it hard to find high points or favorite songs on the album. That said, an exception to this is certainly the punchy bass found early in the song “Juno”, and by the end of the song, it does stand as my personal favorite.

Through all this one man I’ve not yet mentioned is vocalist Daniel Tompkins. I’ve seen some fan reactions through comments to the videos released thus far with Daniel, often talking about how they are still having trouble making the switch to him after Ashe O’Hara’s stint in the band for the Altered State album. This is certainly a point where being a new fan has its advantages. I find Daniel’s vocals on the album to be varied and enjoyable throughout, touching at times on soaring or harsh, but often warm and clean, such as on the short track “Orbital”. I also love that the hooks on this album are often sunk carefully into the music and songwriting, and not left on the singer to deliver. This seems to leave Daniel more space with which to interestingly work his vocals into the songs.

While I enjoy this album as a soundscape and appreciate what it accomplishes with some of its careful songwriting and technical prowess, I do think it lacks some punch and memorability, and as such likely won’t put up a strong fight to return into rotation much throughout the year. It also suffers from a shorter run time shy of 37 minutes, often feeling over before it really begins. People who wish to hear the guitar used really well both as a lead and atmospheric instrument, who like their heavy complex instead of too overly harsh or dirty, and who enjoy some strong musical melodies through some subtly complex songwriting should certainly check Sonder out.

Though some doomy guitar elements sound familiar for the most part this approach is fresh compared to the rest of the genre. Songwriting is interesting, just not always particularly memorable. Musicianship would be higher if focused solely on the guitar work.