Scottish blues rockers The Temperance Movement are back with “A Deeper Cut”. After a turbulent period which saw two lineup changes, a less-than-stellar reception to sophomore album “White Bear” and vocalist Phil Campbell relapse on his sobriety, they’re back with a vengeance!

From the get go, fans who had an issue with the previous album can heave a sigh of relief – the band seems more focused than ever, and went back to the raw sound they were know for when they first started.  The pulsating riff on opening track “Caught in the Middle” sets the tone for the rest of the album, and a call-and-response chorus between Phil and the guitars are guaranteed to shine live. Follower “Built-In Forgetter” kicks off with an simple yet irresistible beat, and carries on with Paul Sayer (guitars) and Matt White (guitars) providing a melody which is also sung by Phil. The chorus on this one will take you to the stratosphere, and is everything a fan would expect from this band. 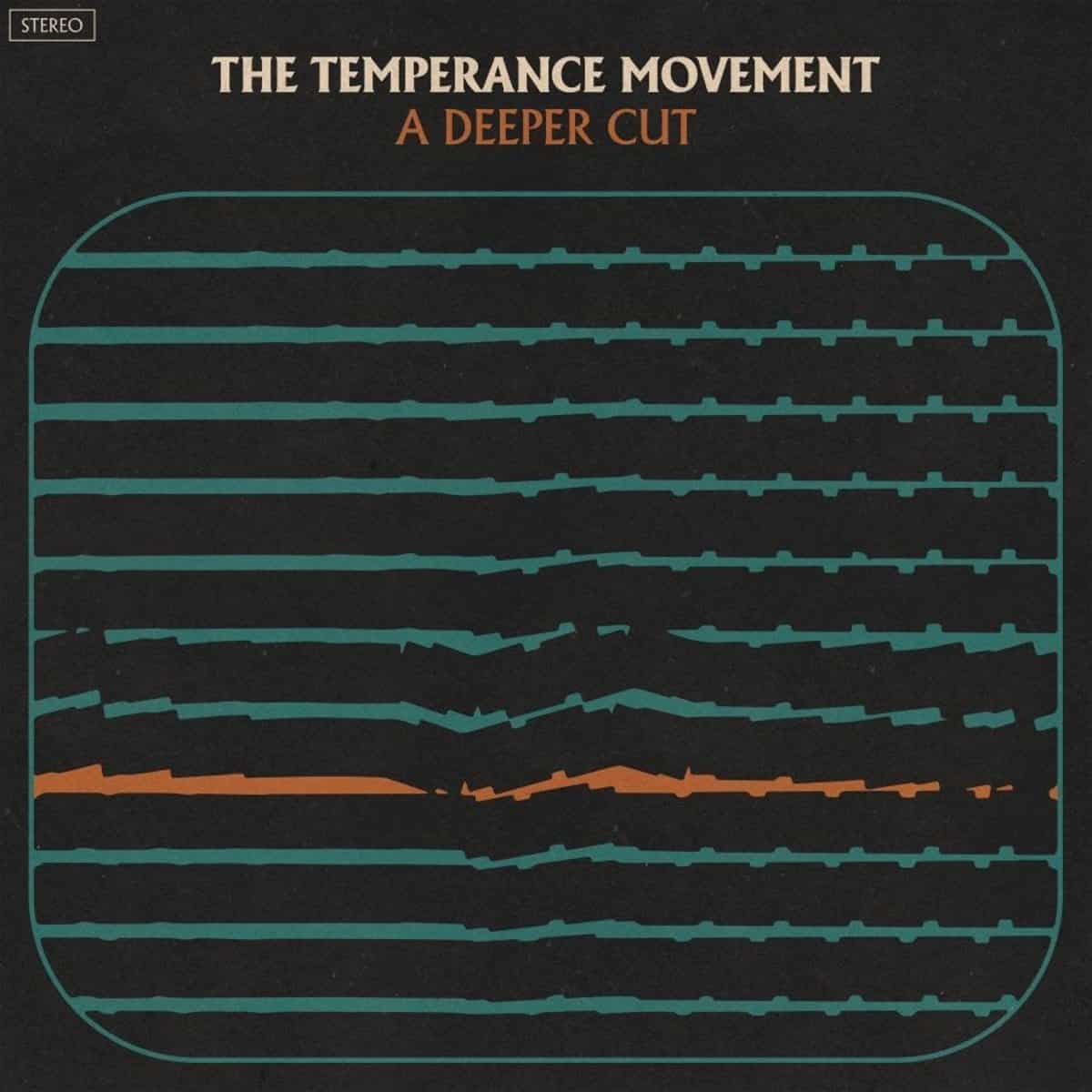 One of the first songs composed for the album, “Love and Devotion” is a mid-tempo rocker which grows at every beat, and showcases even more prominently the skills of both guitar players. In comes the title track, a great ballad which addresses the troubled relationships experienced by the band during this turbulent period. “Backwater Zoo” starts with a piano melody which wouldn’t sound out of place in an Elton John album from the 70´s, and is a humorous tribute to Phil’s daughter – he belts out “baby I would give you all the tea in China”. The guitar solo reminds the listener of something Jimmy Page would come up with.

Speaking of Phil’s daughter, “Another Spiral” is a ballad inspired by her constant waking up during the night having nightmares. Intentionally or not, there’s a guitar lick that comes straight out of “Cruisin”, from the soundtrack of the Duets movie, which addresses a father-daughter relationship.“Beast Nation” starts with a stop-and-start riff, and its groove is a perfect example of how the guitars and drums can complement each other while leaving some breathing space. Another huge chorus which begs to be heard live and be sung by a festival crowd or a handful of people in a bar – it works in both contexts.  “The Way it Was and the Way It Is Now” and “Higher Than The Sun” are also great numbers, and continue addressing the state of the band: while the former looks forward, the latter reflects on the departure of former members and works almost as a thank you note.

“Children” is a strong candidate for ballad of the decade, and addresses Phil’s relapse and him not being there for his family and for the fans. Lines like “I never thought I’d be so dumb, blaming everybody for the things I done”, and “I don’t wanna sing another song like that” are an obvious apology to those around him, and are sung with the emotional involvement they deserve. “There’s Still Time”, which almost didn’t make it to the album, adds a different color and mood, with the piano as a driving force and the guitar marking the beat. A simple and addictive chorus and an upbeat feel. Album closer “The Wonders We’ve Seen” is a slow burn type of song, which calls for lighters to be raised at a stadium – or cell phones, to bring things to a more contemporary and politically correct setting.

This is a band reassuring its mission statement, finding their feet and showing their fan base “here we are, and we’re still the same”. The tour in support of “A Deeper Cut” starts in a few days, and so far includes only European dates. Maybe it’s time for them to cross the pond again and show America and the rest of the world what they’re all about!