Perhaps I was not the ideal person to review the new Styx album “The Mission” because I’m not particularly a big fan of the band. That’s not because I’ve heard them and not liked them… it’s just that they’ve rarely crossed my radar and probably because their profile in the UK wasn’t as high as it was in the USA. But perhaps that makes me the ideal person to review the first album of new material since 2003. I feel relatively unswayed by their history because I don’t really know it, which hopefully means I can be objective. I do know that the current line up isn’t exactly what many fans consider “the classic line up” but I do know that this line up has been together since 1999 and this is only their second original album in those 18 years. In that period of time the band have mostly been a touring entity on double and triple bills with bands who are / were their contemporaries.

Tommy Shaw has admitted this has been a project the band have kept secret for fear that they wouldn’t arrive at a satisfactory end product. Let’s face it, despite the prominence and acceptable of prog/ classic rock and concept albums, the bar is being set very high by newer bands who release new material at a prolific rate. A concept album about a mission to Mars… you can see how, badly done, this could result in scorn being poured on the band, their abilities and their legacy. In a recent interview Shaw said that although the packaging contains some back story and similar details “there is no reading required in rock and roll”. So I’ve taken his advice, slipped on the headphones and have gone on “The Mission”. 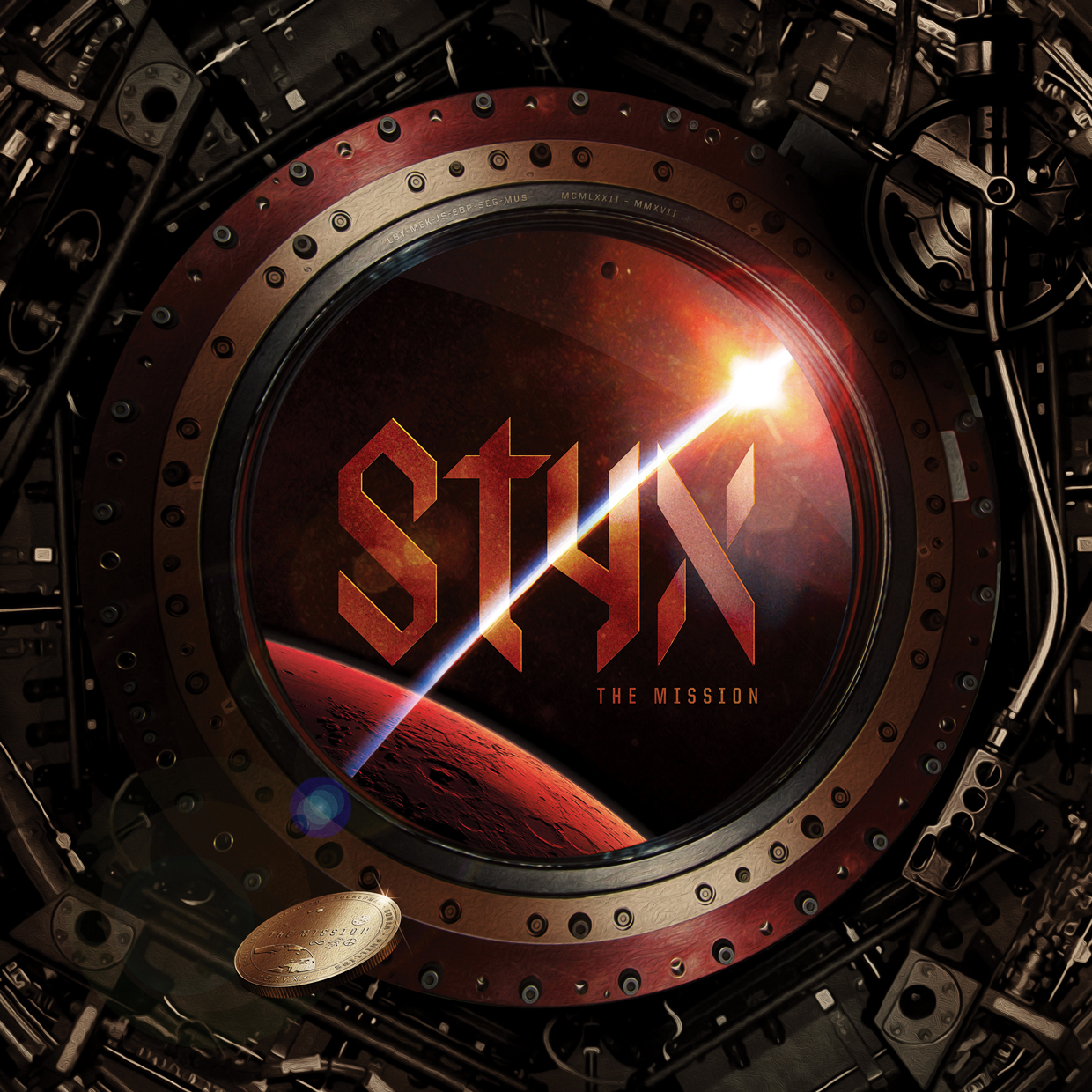 You know you’re in concept album territory when track 1 is called “Overture” but it’s a relatively brief info before the lead track “Gone Gone Gone“. It’s clear from the outset that Styx have made every effort to recapture the classic 1970s / early 80s sound (with vocoder and voice box guitar appearing before the end of the third track). However this isn’t an exercise in nostalgia. Like of the recent Roger Waters album, this feels like an artist painting with their favourite brushes, paints and colours – not a forgery or a recreation, but working with familiar sounds and textures – and all those elements are there: tight harmonies, JY’s signature guitar tones, the rotating cast of lead vocalists and of course, the tunes. Yes – it’s the melodies. A back to back listen reveals more of the concept subtly peppered through the tracks – but this is an album that you jump into and out of at any point and still enjoy the tunes.

“Gone Gone Gone” and “Hundred Million Miles” kick the album off with strong times and huge harmonies. I could say this about many album tracks here but there is no “fat” in any of these tracks. The first track is just a few seconds over 2 minutes long – the temptation with a strong opening song might have been to pad it out with solos or another verse or chorus repeat. Instead the song delivers its punch and it’s… gone, gone, gone. JY’s voice and guitar is used to style “Trouble at the Big Show” and flows into a track that is one of the high points – “Locomotive” is sung by Tommy Shaw and written by him and Will Evankovich, whose name appears as co-writer of almost all the tracks, as well as adding keys, guitars, sound effects plus producing, engineering and contributing to the story / concept. But I don’t think it’s a case of being the Evankovich project! Shaw delivers a signature vocal performance , not a dramatic/ actor delivery as per former member DeYoung – but one filled with commitment which carries the story.

A great run of 3 songs follows, “Radio Silence” with its lush Queen harmonies, “The Greater Good” a classic power ballad, and the amazing “Time May Bend”. I say “amazing” because in 2 minutes and 31 seconds, the band manage to fit an instrumental intro, with prog touches, 2 verses, a HUGE singalong chorus, and a quirky guitar solo! This demonstrates what I believe the album as a whole shows: there is no “fat” here – it’s all killer, no filler! “Khedive”, the name of the ship, is a brilliant classically themed piano solo from Gowan, with some added vocals, and leads into a song he sings, “The Outpost”, with another brilliantly memorable chorus. You could be disappointed that this comeback album is only around 40 minutes long, but the quality bar is high and the album is the stronger for it.

I said at the top that I didn’t have much knowledge of Styx but this album has led me to their back catalogue. I can’t bring the perspective of an established fan of the band, but it’s hard to see how a fan would be disappointed in this. Shaw has mentioned there is a 5.1 surround mix that will be released in due course and I will definitely be buying that.