Tony Harnell (ex-TNT) has a signature voice and stratospheric range that is both distinctive and dominating on the material he appears on. A case could not be more strongly made than with Dysphoria, the third release pairing the pipes of Tony with the polished songwriting of Swedish multi-instrumentalist Magnus Karlsson (Primal Fear | Allen/Lande | Last Tribe).

Starbreaker started as Harnell‘s side project while he was still in TNT. He was initially working on a solo record, but with guitarist Magnus Karlsson, former TNT drummer John Macaluso, and bassist Fabrizio Grossi, they formed Starbreaker. The band recorded its first self-titled studio album in 2005, and it was released on July 13th in the same year. In late 2007, with Starbreaker as his main musical project, Tony flew to Sweden to write the bulk of the songs for the new album with Karlsson, and started recording the new songs at the end of the year. The second album was entitled Love’s Dying Wish, and was released on August 1st, 2008.

I was a fan of both previous Starbreaker records, so expectations were high that this release would slot in tightly with the other two. It’s been a decade since the two released Love’s Dying Wish, but in listening to this new release, it does not sound like there’s been such a lengthy gap. Harnell displays no reservations in reaching for the sky with his vox and Magnus grabs the spotlight in predictably placed solos that drip with a meticulous mix of speed and melody. And while the level of quality in performance and production rivals the other records, the actual songs here are more diverse and varied, making it less like the previous two records than expected.

The heavy tracks are heavier and the lighter tracks are lighter. This doesn’t make the record suffer from an identity crisis, but it does add a sense of additional diversity that was absent from the initial Starbreaker installments. Looking specifically at the vocals, Dysphoria is full of acrobatics. From the opening shriek of “Pure Evil,” which is the heaviest track on the record, it’s clear that the gravity of age has yet to have its way with Tony’s throat. The song is a burner in the vein of Judas Priest’s “Freewheel Burning” with Harnell soaring in chosen spots and a pair of blistering guitar solos that open with full guns blazing. Book-ending the record is “Starbreaker,” which is possibly the other heaviest track included. This Judas Priest cover from 1977s “Sin After Sin” sounds recharged and freshly fueled, and while Harnell’s voice is more nasal than Halford’s, it delivers the classic track with authenticity and authority. 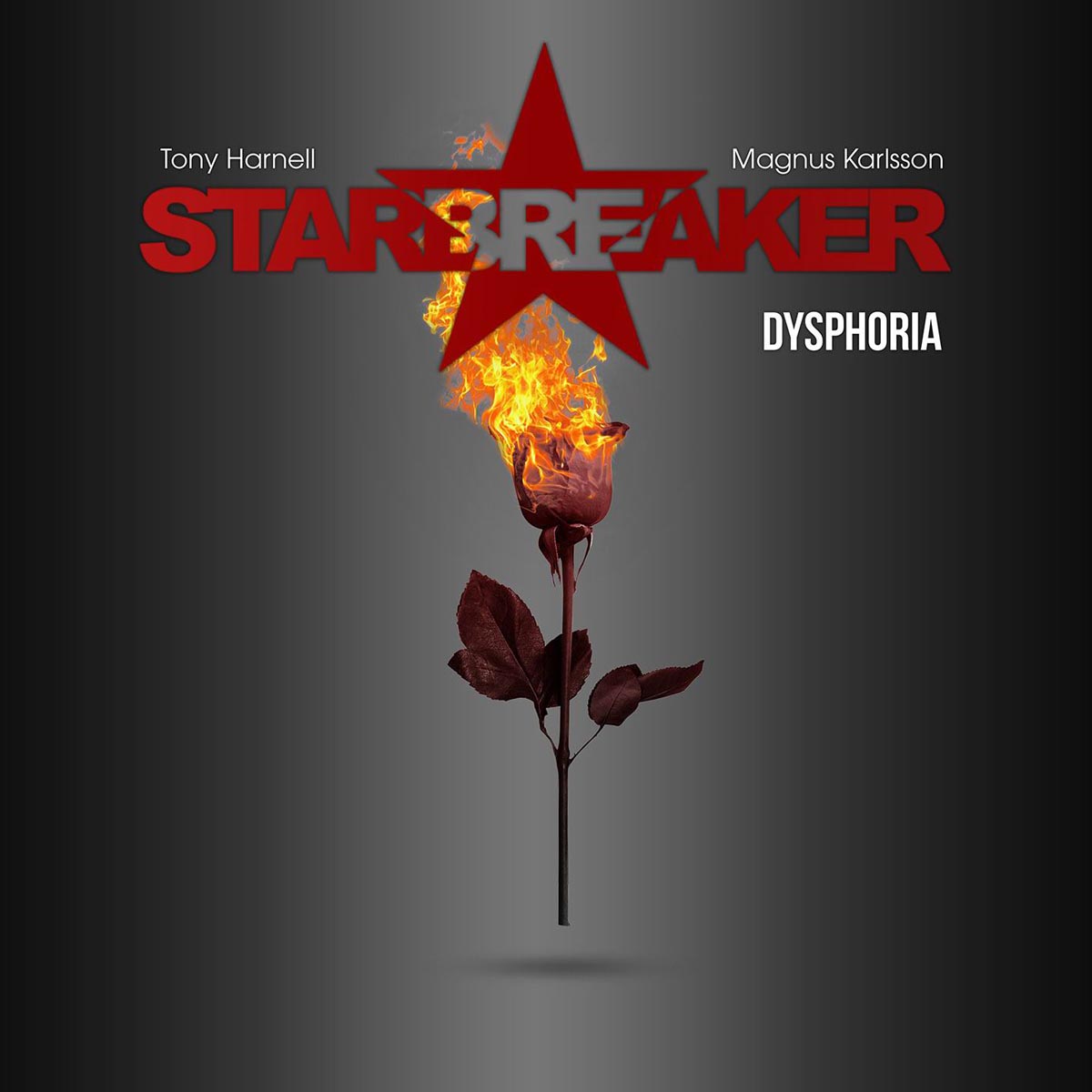 Sandwiched between these two hard ends is a mushier middle that diversely ebbs and flows without running the risk of one song blending into the next.  “Wild Butterflies” is a more plodding track with tinges of a Whitesnake heavy ballad and an instantly memorable chorus. Tony’s layered background vocals are a highlight, as well as some plinky background guitar work under the verses and a solo that reminds me of John Sykes’ boldly playing. “Last December” opens with a chunky riff that backs off to give breathing space for the verse and returns after a slightly dragging chorus to create some nice tension and dynamics to the song. The riff is the best part of the song.

“My Heart Belongs to You” shifts the record into a less metal, more melodic direction. There’s a strong Journey vibe to it. Harnell sings in a different style that is reminiscent of Steve Perry, and Magnus’ playing is more Neal Schon than Glenn Tipton on this track. It’s quite a step away from “Pure Evil,” but executed well, and the ending tips its hat to the conclusion of “Send Her My Love.”

Instead of jumping back into heavy territory, “Beautiful One” goes to the softest extreme of the record, with piano supplanting the supporting role previously played by a crunchy Gibson. Harnell tempers the light mood with some “going for it” belting out that elevates the ballad above what might otherwise have risked becoming too lightweight for this collection. “Dysphoria” breaks up the softer space of the two previous songs with a driving rocker that stands out for not only the electric energy it ushers in but also its tasteful guitar solo that builds into a blazing barrage of notes with a climactic sweeping surge that absolutely shreds while retaining melodic sense. Tony deposits an exclamation point note at the end of the chorus that just rings. This track is a great summary of the talent and tone each performer brings to Starbreaker.

“How Many More Goodbyes” backs things off again without going soft, and is maybe a little more TNT-like that the rest of the record. This track again features a guitar solo that is sure to have you-tubers uploading their rendition of it. Magnus demonstrates a great sense of note choice, dynamics and timing. I like the solo better than the actual song but it’s not a bad track. “Fire Away” is a pumping leap forward that is full of dynamics and features more high-flying vocals that simply couldn’t be accomplished by most metal singers today. Tony’s voice is something you might love or hate, but either way you can’t ignore it and almost have to respect it.

“Bright Star Blind Me” is best enjoyed through decent headphones, as the reverb and echo on Tony’s vocals creates a layer of ear candy worth savoring. Magnus delivers another blistering yet melodic solo that is solid if not slightly all too familiar by now. “Starbreaker” concludes the record by the band of the same name, and as was mentioned previously, is a solid, heavy cover.

It’s undeniable that Tony made an abrupt exit from TNT not long ago and they sojourned on by replacing him with a new vocalist and released “XIII” last year. Judging by the content of that record, he made much better use of his time working on Starbreaker.  Dysphoria’s rhythm section is made up by Jonni Lightfoot on bass and Anders Köllerfors on drums. They each deliver a competent under-structure, but there’s a reason that Tony and Magnus’ names are on the cover artwork. Starbreaker is an opportunity for them both to shine, and they certainly both do on this diverse offering that will appeal to melodic metal rock fans and those who appreciate vocal and string based gymnastics.

Another solid melodic hard rock offering that serves as a show-off fest of vocal range capacity and guitar solo strategy that is unexpectedly diverse, easy to grasp, but full of enough dynamics to warrant multiple listens.