A new ritual sets forth a grand tribal revolt.

With there now being more than two decades of distance since Max Cavalera’s departure from Sepultura, it is a foregone conclusion that the metal world would have made peace with his bizarre and commercially viable shifting with the stylistic winds. Nevertheless, posterity would do well to remember that Soulfly’s origins hang well outside the metal paradigm, baring the sentiments of late 90s nu-metal trustees who cleave to the idea that Limp Bizkit is in the same league as Slayer. Named for a lyrics taken from a Deftones song that Cavalera himself provided guest vocals for, this is a band that would ordinarily be forever the antithesis of metal purity, and yet time seems to have decreed that things unfold a bit differently. The meaner, faster and fancier groove-thrashing goodness that defines this band at present can be traced back to the entry of lead guitarist Marc Rizzo and 2004’s Prophecy, though it didn’t come into full focus until 2012’s Enslaved, and it is in this context that their latest studio outing Ritual stands as a force to be reckoned with.

This band’s unique stylistic expression has always been marked by a high degree of eclecticism, incorporating a number of world music influences from indigenous tribal chants and flamenco music to even the occasional nod to the industrial coldness normally reserved to the likes of Ministry and Fear Factory. Be this as it may, the past six years of this band’s output has provided a much more measured and metallic-based blend that puts it a cut above a number of their peers, be it the aforementioned two bands and the California groove metal mainstays in Machine Head. The same degree of biting thrash and death-tinged aggression that has painted the works of Max’s other project Cavalera Conspiracy, a band that likely informed Soulfly’s present stylistic direction to a strong degree, is all over this album and often trades blows with the slower-paced chugging and atmospheric interludes in far more of an even-handed fashion than the drab window-dressing that came along with Ministry’s crapshoot of a comeback AmeriKKKant.

Though it may be a bit of a stretch to call this a concept album, there is a very methodical structure to this album that manages to cover every stylistic base and also features a fairly auspicious recurring theme. This time around the focus centers upon the tribal music of the North American tribal peoples, as the opening title song “Ritual” kicks off with a sampled Powwow song that recurs a bit later in the album. The song itself is has a bit more in common with the down-tempo grooving that first reared its head on Sepultura’s Roots and went on to define Soulfly’s early sound, but dressed up with a much denser atmosphere and featuring several faster breaks that point to their present paradigm. A few other songs occurring later such as “Blood On The Street” and “Demonized” feature occasional helpings of earlier stylistic trappings as well, but even on these songs there is a tendency towards high octane thrashing that was not on the American metal radar back in the Primitive days. 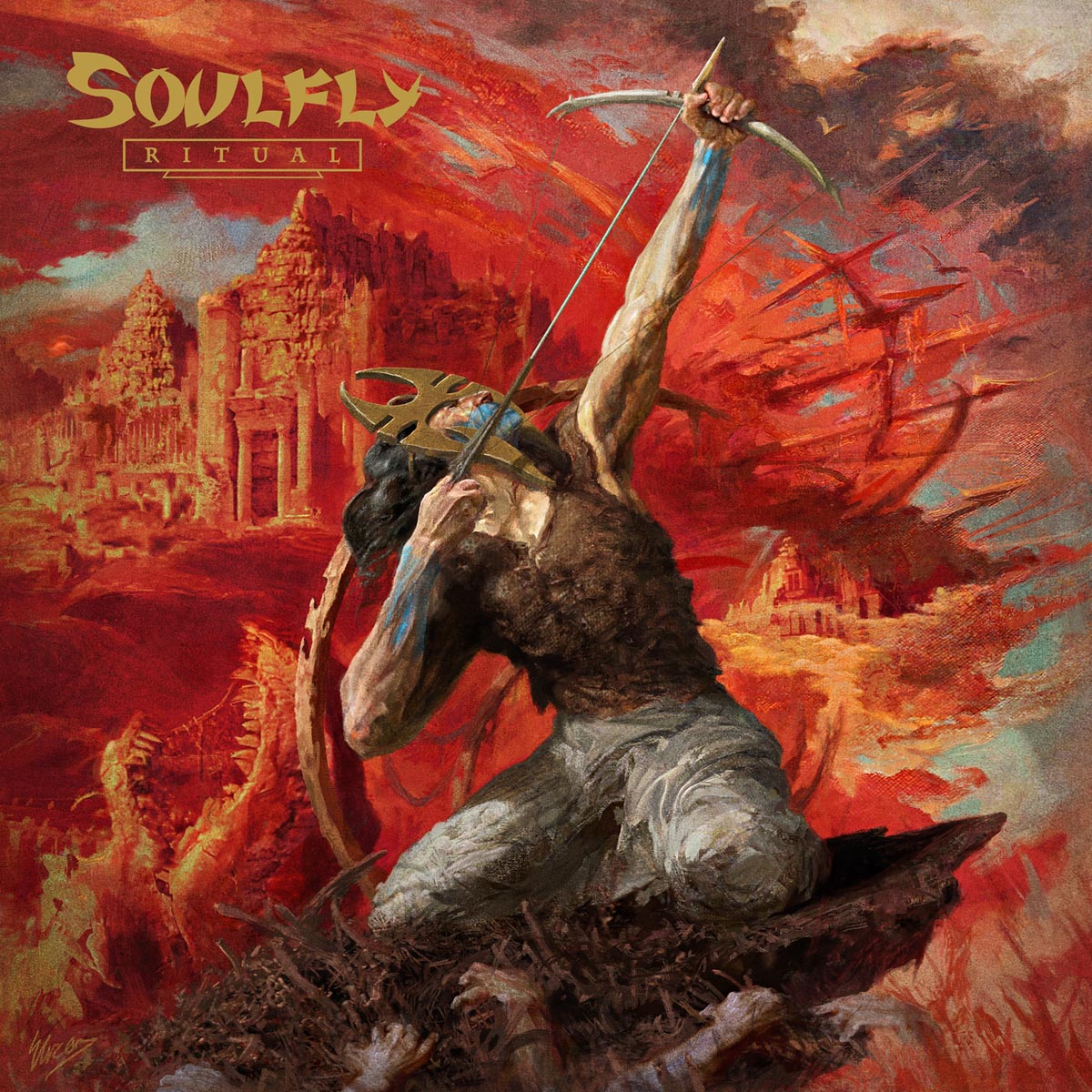 Putting aside the aforementioned exceptions and the quirky jazz ballad instrumental that closes this album out in “Soulfly XI” (complete with a saxophone no less), this album bashes one’s neck in with the same degree of fast paced intensity as the one-off Nailbomb album Point Blank. Some of this may owe to Max deciding to revisit said album live with this band just a year ago, but regardless of where the fury behind these songs originated from, this album listens like a fire was lit under Max’s ass when he was putting it together. High octane thrashers such as “The Summoning” and “Dead Behind The Eyes” showcase a degree of aggression that rivals the high period of Demolition Hammer, and along with the more grooving “Bite The Bullet” also showcases a degree of virtuoso lead playing out of Marc Rizzo that finds him in similar territory to Chris Broderick. Yet despite all of the highly impressive feats of combining Slayer’s flash with Exhorder’s bottom end, arguably the best and most memorable moment on here is the old school Motorhead inspired thrasher “Feedback!”.

Often when the metal community opts to write off a band as being outside the borders of accepted creeds and traditions, it is very much warranted. But between the past few albums out of this band and this highly impressive synthesis of old and new, even the most ardent skeptic will have to admit that Soulfly has earned itself a place of prestige in the world of modern metal. This is definitely geared a bit more towards the same outer rim of metal occupied by Machine Head and current Sepultura where the line that separates metal from hardcore gets a bit blurred, but it wouldn’t be too much of a stretch to see an average, run of the mill thrash metal fan with a taste for the more extreme character often embodied in Brazilian revivalist acts to go for an album like this. This isn’t a return to the archaic splendor of Schizophrenia or Beneath The Remains, nor does it have to be.

The banal orthodoxy of a bygone era, underscored by chants of “Bleed” and “Jumpdafuckup”, has given way to a new tribal liturgy where the long forgotten, primordial spirit of death/thrash walks side by side with the industrial modernity of groove metal