I can vividly remember when I discovered Slipknot. Growing up on classic 80’s rock n’ roll, then eventually transitioning into more hard rock cuts like Staind’s Chapter V and Metallica’s black album, at a young age I was introduced to more diverse versions of rock. But, when I first saw the video for .5: The Gray Chapter’s “Devil in I” I became instantly perplexed with who and what Slipknot were all about. The masks, the violence, and the uncanny level of mayhem present in their music was something I had only seen in horror films, not music. So, I was of course intrigued to learn more, and as the weeks and months went on, I slowly became a mega-fan of the group.

Obviously at this point, anytime the band releases music, I am instantly thrilled. While it’s no doubt that their music style has changed to some extent, the actual content and musicianship that those young musicians from Iowa had all those years ago is still prevalent. Tragedy and hardships are extremely apparent in the group’s history, however the band, and more specifically the music, is so much bigger than many make it out to be.

Fortunately for their millions of followers,the 8-piece bands latest outing is nothing short of terrific, a record that seemingly encompasses the bands larger-than-life musical spectrum. And while there is surely something for everybody on We Are Not Your Kind, I can also confirm that it is in fact the heaviest jaunt since their sophomore record Iowa. 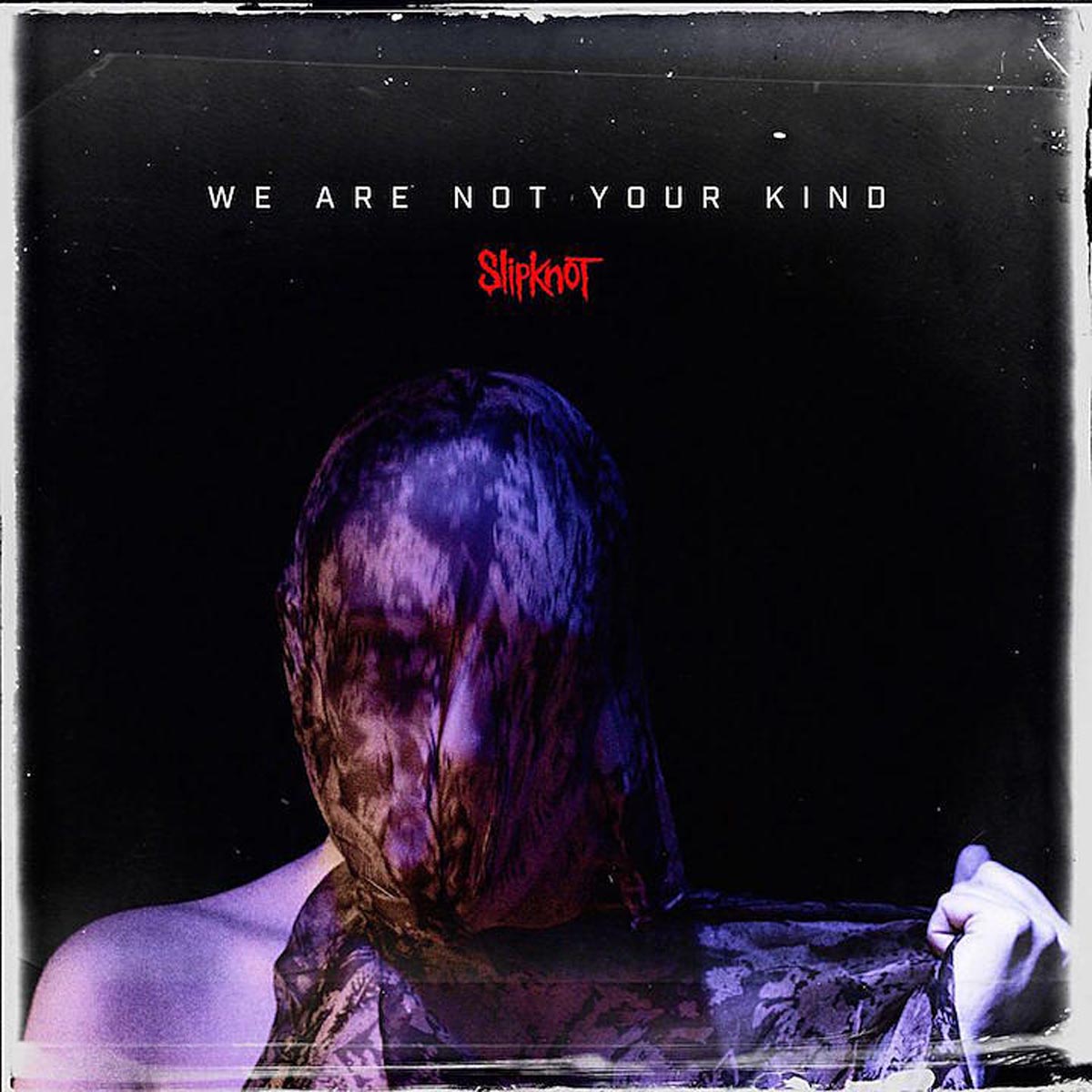 “We Are Not Your Kind” Album Artwork

The album begins with “Insert Coin”, an eerie, synthy instrumental that slowly brings you into this theatrical world that the band has created. Soon after, it kicks into high gear, with insanely heavy riffage, and some absolutely incredible vocals from Corey Taylor. He has absolutely challenged himself during the making of this We Are Not Your Kind by recording some of the most brutal, hard-hitting screams that he has done in a while. From the minute he belts out “I’m finally holding onto letting go” on “Unsainted”, until the last heavy-hitting note on “Solway Firth”, 57 minutes of music proves that Mr. Taylor has not lost an inch of his touch and vocal delivery.

One of the things that more prominently caught my attention is how exceedingly diverse the instrumentals sections are. It would seem that throughout the runtime of the record, every member who plays an instrument gets their due diligence and is allowed a time to showcase their talent. Songs like “Red Flag” and “Critical Darling” showcase Jay Weinberg’s swift drumming, and others like “Nero Forte” brilliantly display Jim Root and Mick Thomson’s fast fingers and inflexible riffs.

Nonetheless the biggest standout factor to me about the whole collection is that it bears the unmistakable Slipknot vein. While the production values and technology has greatly improved since their self-titled effort, the rage, lyrics, and theatrics match that of the album created by some youngsters Iowa metal-heads who so desperately wanted to succeed. And while the band is now safely sitting amongst one of the biggest metal acts in history and have secured themselves a legacy that will live on forever, they are still hungry for blood and want to push themselves even more towards the cusp of their game (At which they have already arrived if you ask me). The same bunch of unknown guys who played at 1 PM the afternoon under a horrid sun at Ozzfest years ago – and impacted the audience with unrelenting energy and presence – have now delivered one of the absolute best albums of the year, regardless of any genre, one that in my opinion will unequivocally go down as one of the band’s most complete efforts.

“We Are Not Your Kind” Track-listing:

An absolute and merciless assault of the senses, Slipknot’s sixth studio album is nothing short of monumental. Heavy riffage, nasty screams, and even a shift towards melodic vocals are all present, yet enough heavy cuts command the scene to ensure die-hard fans get their favorite medicine. This is absolutely a brilliant record, and was worth the long wait